Why Forsaken Me – Jesus Referencing

The Importance of Referencing

Can you tell me who wrote that?

(It was Charles Dickens in his ‘Tale of Two Cities’.

He was referencing the French Revolution for Social Reformation.)

When I talk to you about the Second Amendment to the US Constitution; what am I referencing?

(I am referencing the constitutional right of every citizen to bear arms! Guns if you will!)

These are references that will be recognized by the majority of people who live in a Western Culture. I have purposely brought these two examples to your attention in order to help you understand how we reference things, to what is happening in our world.

Mentioned both in Matthew chapter 27 and in John 18:13

“and led him to Annas first; for he was father in law to Caiaphas, who was high priest that year”.

Jesus was tried by the powerful party of the High Priest Annas[i]; and then taken in the morning to Pilate, the Roman Governor to force the authorization of a Crucifixion.

The trial before the Jewish Chief Priests and Council was technically illegal under Jewish law, The Talmud states, Sanhedrin. c.iv.s.1, that – “Criminal processes can neither commence nor terminate, but during the course of the day. If the person be acquitted, the sentence may be pronounced during that day; but, if he be condemned, the sentence cannot be pronounced till the next day. But no kind of judgment is to be executed, either on the eve of the Sabbath, or the eve of any festival.”

In the course of this trial, Matthew noted two salient points of discussion.

Once Pilate had consented to the crucifixion of Jesus, the story moves to the site of the execution.

The soldiers nailed Jesus to the cross and He hung there for 6 hours.

Usually a crucifixion could take up to three days before the victim died. Jesus was in full possession of his faculties and spoke several times during the hours he was on the cross. The public execution was conducted in an outdoor public market place; next to the road that led to the Damascus Gate of Jerusalem.

Matthew 27:40 comments that the people were saying

‘Thou that destroyest the temple, and buildest it in three days, save thyself:

if thou art the Son of God, come down from the cross”.

The two false witnesses had been boasting about their testimony before the Council. The common people were taunting Jesus with this claim.

Matthew 27:41-43 then tells us what the Chief Priests were saying

“If he be the King of Israel, let him now come down from the cross, and we will believe him. He trusted in God; let him deliver him now, if he will have him: for he said, I am the Son of God.”

They taunted Jesus with the words for which they convicted Him of blasphemy. Matthew continues to add some details to his narrative, and then brings us to the climax of the event, with Jesus crying out loudly, saying

“Eli, Eli, lama sabachthani? That is to say, My God, my God, why hast thou forsaken me?” 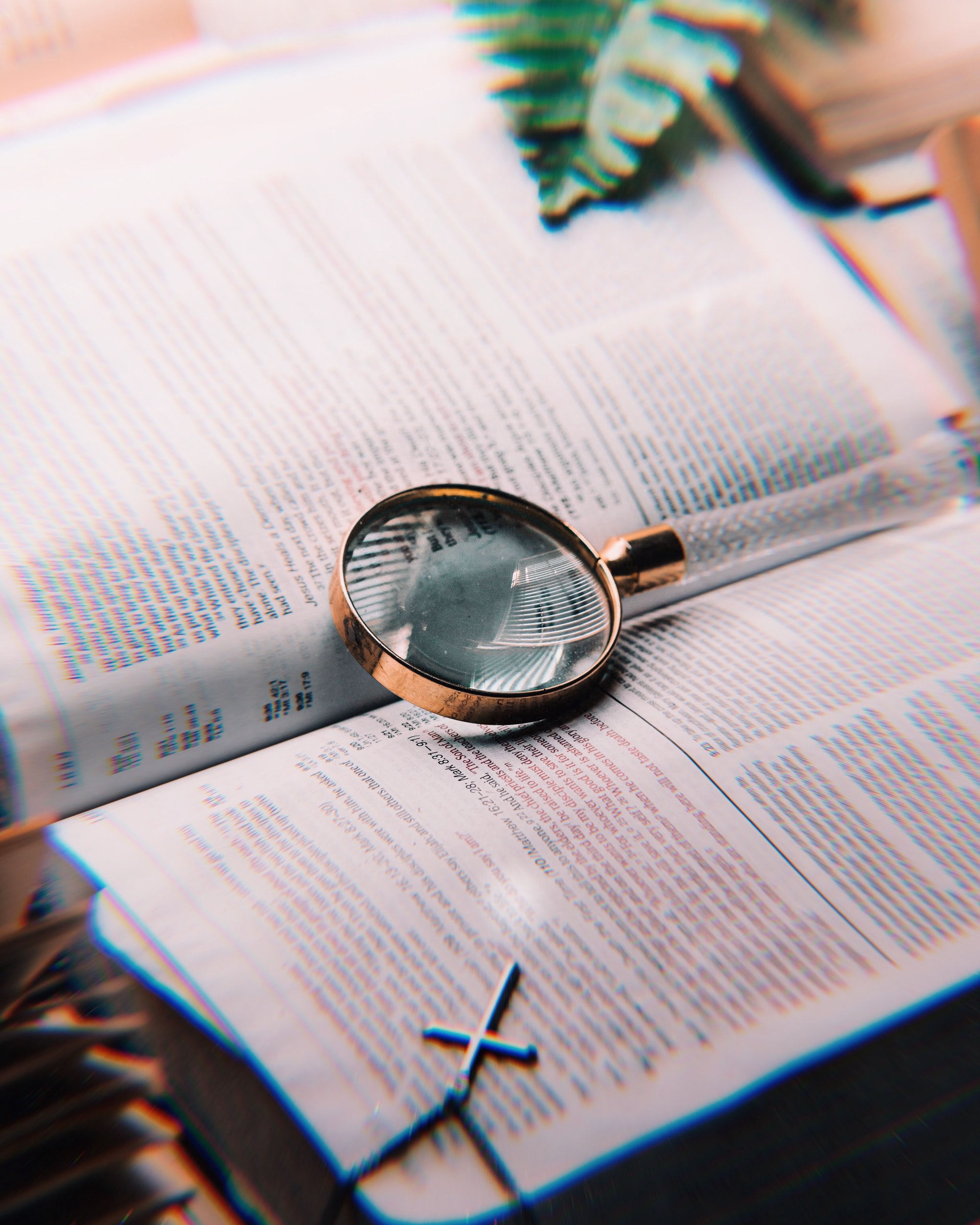 Many commentators have puzzled over this, wondering at the anguish of Jesus, and possible despair in the light of His suffering. Few seem to have understood that Jesus was not praying.

Jesus was making a prophetic statement, using referencing!
There was probably not a single Jew standing there at the cross who did not immediately understand the reference.

Jesus was refuting the taunts of the People and the Priests on both counts by referencing Psalm 22 which most every person in Israel could recite; as Christians today can recite the twenty-third Psalm. You probably can begin right now to start reciting ‘The Lord is my Shepherd, I shall not want . . .’

The twenty-second Psalm was known to the Jewish people as the Messianic Psalm. When Jesus used the first verse of this Psalm, he was referencing the whole of it. He was reminding the people that He was trusting in the Lord to bring triumph out of tragedy. Look at these verses in Psalm 22.

“All they that see me laugh me to scorn: they shoot out the lip, they shake the head, saying, He trusted on the LORD that he would deliver him: let him deliver him, seeing he delighted in him. But thou art he that took me out of the womb: thou didst make me hope when I was upon my mother’s breasts[iv].”

“All the ends of the world shall remember and turn unto the LORD: and all the kindreds of the nations shall worship before thee. For the kingdom is the LORD’S: and he is the governor among the nations.[v]”

The writer of the book of Hebrews quotes from the twenty-second verse of Psalm 22 showing it to be a paean of praise! “I will declare thy name unto my brethren; in the midst of the church will I sing praise unto thee.”[vi]

When Jesus referenced the Psalm, he was using a loud voice, teaching the people that He was indeed the Messiah.

Certainly, they would have remembered this, three days later, when the city was in an uproar. Stories swirled around the narrow alleys and streets that Jesus had risen from the dead. Hundreds of people saw Jesus after he came alive again. Jesus was not killed; He voluntarily laid down His own life to pay for your sins and mine.

He still offers the free gift of eternal life to all who will receive it, having paid the ransom for all sin on the Cross of Calvary.

Enjoyed this story? Get the book, with 51 more stories. In Print or Kindle at Amazon.com as ‘God’s Honorable Mentions’.

[iii] John 11:49-53 it was not the people but the Priests and the Jewish Council who killed Jesus.