James’ In The New Testament

There are three men in the New Testament, closely associated with Jesus of Nazareth, who are called by the name of James. The Greek uses the word

Jacob, from which the name James in English is a derivative.

It can become confusing to one who has not carefully studied the familial relationships of each of these men, and even some Biblical commentators have become confused, further blurring the understanding of who each one was. These are: – James, the son of Zebedee, James the Less   James, the half-brother of Jesus.

It is easy to get mixed up, doing a superficial reading of the New Testament, and not determining the details concerning these three. Let’s look at each one, with the Scripture references, as to their family.

1. James, the son of Zebedee, an Apostle.

This James is called the son of Zebedee and the brother of John. He worked with his father and brother as a fisherman. (Mat_4:21)
His mother seems to have been Salome, as a comparison of Matt 27:56 and Mark 16:1 seem to imply.
Jesus called him directly from his fishing boat, to be one of the 12 Apostles. (Matt 10:2) The fact of his name appearing first before his brother John, gives some credence to the theory that he was the oldest of the two. He was singled out to be part of an ‘inner circle’ among the disciples.
He was present at the raising of Jairus’ daughter from the dead, (Mark 5:37) and the Transfiguration of Jesus, (Mark 9:2-8) and the Agony in the Garden of Gethsemane, Mark 14:32-41) and was furious at the rejection of Jesus by the people of Samaria, wanting to call down lightning to strike them. (Luke 9:54-55) On the road to Jerusalem, James and John asked for preference to be seated on either side of Jesus in the Kingdom (Mark 10:35-40).

James sat on the Mount of Olives with Jesus and asked Jesus to explain the end-times events and the destruction of Jerusalem of which Jesus had just taught them (Mark 13:3).

This James was in the Boat with Peter and John, fishing when Jesus appeared to them after His resurrection (John 21:1-6). James was murdered by Herod Agrippa I in about AD 44, almost 11 years after Jesus death. (Acts 12:1-2) Thus was fulfilled the prophecy of Jesus in Mark 10:39 to the effect that James would indeed drink of the cup of suffering like Jesus, dying a violent death.

This basically is the outline of the person and life of James the son of Zebedee.

Here we have the second James. He too is listed as an Apostle in Matt 10:3. This is extremely important to keep in mind, as you begin to read the book of Acts.  He is designated “James the Less” in Mark 15:40, and we are told that his mother’s name was Mary. A parallel scripture in John 19:25, tells us that this Mary was the wife of Cleophas, or Alphaeus, as he is also called. Mark 3:18 tell us his father was Alphaeus. Tradition suggests Alphaeus was the brother of Joseph. This would make Mary, James the Less’ mother, and Mary the mother of Jesus, sisters-in-law.

There were only two Apostles named James, and after the death of James the son of Zebedee we  find James the Less is the only Apostle with that name still alive. That he is related to the Lord Jesus through kinship of his father Alphaeus to Joseph, makes him a cousin, to Jesus. In the tribal cultures of the Middle East and Africa, the term ‘Brother’ is still used for close relatives, such as cousins.

In Acts 12:1-2 James son of Zebedee is killed, and in vs. 17 Peter after being delivered from Prison by an Angel, arrives at the home of Mary, John Mark’s mother, and tells the believers to inform James and the Brethren. James can only be this son of Alphaeus, and an Apostle.

When the Apostle Paul went up to Jerusalem, Luke relates that he met only with Peter and James, (Gal 1:19) and the term here makes it clear that he was an Apostle, but also had some relationship to Jesus. James is clearly now the leader of the Church in Jerusalem, (Acts 15:13-19) and he is listed first in Gal 2:9 with Peter and John as the leaders of the Jerusalem Church. The reference to Jesus appearing to James, has been applied to mean his physical half-brother, but the scripture itself implied that it was James the Apostle (1 Corinthians 15:7).

It seems clear that the Epistle of James was authored by the leader of the Church in Jerusalem, who does not claim to be anything but a servant of God and of the Lord Jesus Christ. His letter is impersonal, and such as would be expected by the leader of the Church in Jerusalem, to the people dispersed among other nations. It is an Apostolic letter to the people of God, with teaching on Christian Conduct and Life style. We have to conclude that this was written by James the son of Alphaeus. I found a comment in the International Standard Bible Encyclopedia that quotes Hegesippus, a Jewish Christian in the middle of the second century, as saying

“James was often in the temple praying for forgiveness for the people. At the Passover shortly before the destruction of Jerusalem (foretold in his epistle, Jam_5:1) the scribes and Pharisees set him on a pinnacle of the temple, and begged him to restrain the people who were “going astray after Jesus as though He were the Christ.” “Tell us, O just one,” said they before the assembled people, “which is the door of Jesus?” alluding to his prophecy “the coming of the Lord draweth nigh … behold the Judge standeth before the doors” (Greek, Jam_5:8-9), wherein he repeats Jesus’ words (Mat_24:33), “when ye shall see all these things, know that He (margin) is near, even at the doors.” James replied with a loud voice, “Why ask ye me concerning Jesus, the Son of Man? He sitteth at the right hand of power, and will come again on the clouds of heaven.” Many cried “Hosanna to the Son of David.” 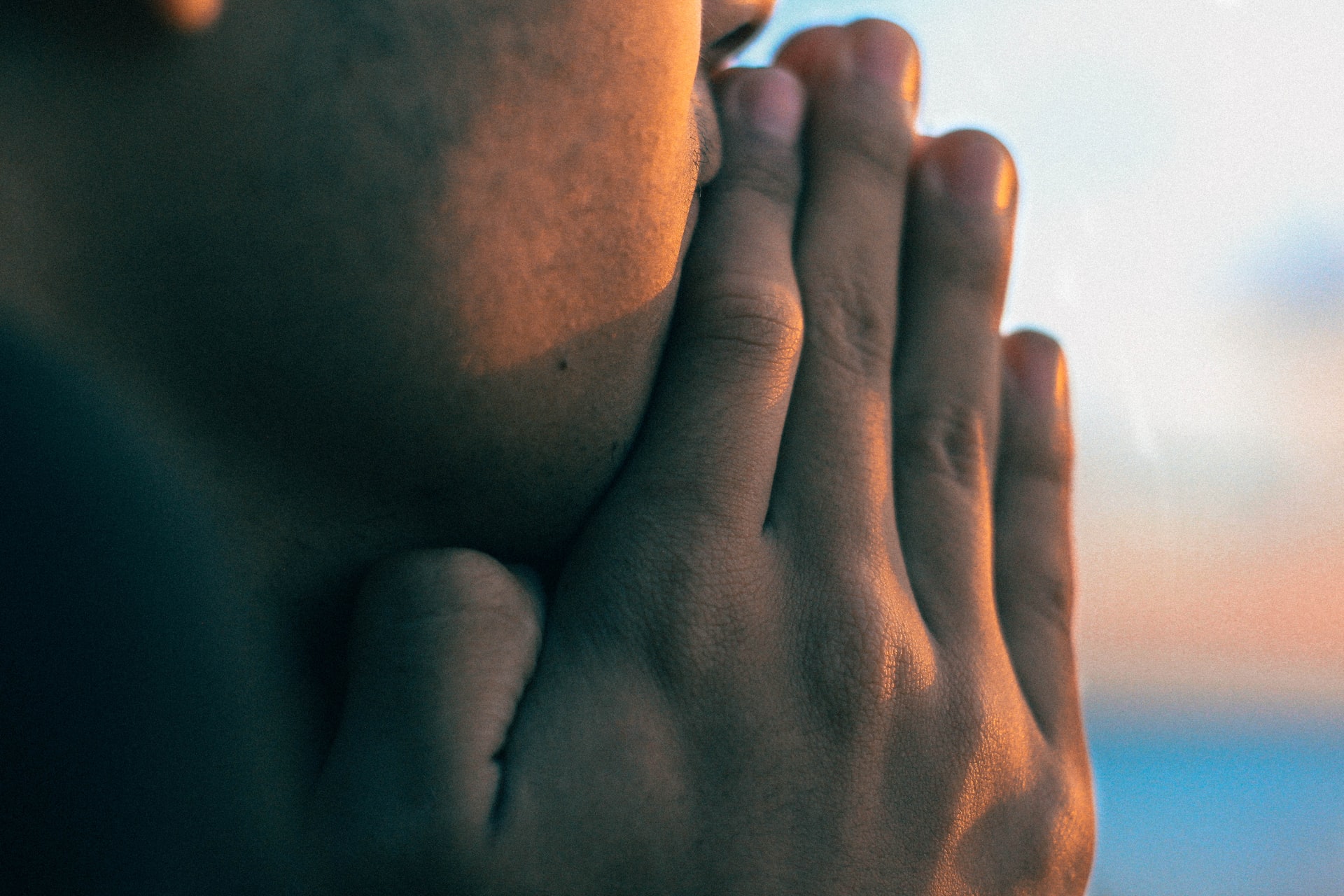 But James was cast down by the Pharisees. Praying, “Father, forgive them, for they know not what they do,” he was stoned in spite of the remonstrance of a Rechabite priest (“Stop! the just one is praying for you!”), then beaten to death with a fuller’s club. Thus the Jews wreaked their vengeance on him, exasperated at his prophecy of their national doom in his epistle, which was circulated not only in Jerusalem but by those who came up to the great feasts, among “the twelve tribes scattered abroad” to whom it is addressed. Josephus makes Ananus, the high priest after Festus’ death, to have brought James before the Sanhedrin for having broken the laws, and to have delivered him and some others to be stoned. His apprehension by Ananus was very probably in this year; but according to Hegesippus he was not martyred until just before the destruction of Jerusalem, A.D. 69. James the Just, the leader of the church in Jerusalem, was thrown over a hundred feet down from the southeast pinnacle of the Temple when he refused to deny his faith in Christ. When they discovered that he survived the fall, his enemies beat James to death with a fuller’s club. This was the same pinnacle where Satan had taken Jesus during the Temptation.”

So ended the life of James the son of Alphaeus, brother of Matthew (Levi), and writer of the Epistle of James.

3. James, the Brother of Jesus, not an Apostle.

The third James is shown to be the son of Mary, wife of Joseph, and known well to the people of Nazareth and the region around there. (Matthew 12:46, Mark 3:21)
There is a strong teaching in the Roman Catholic church that Mary had no other children. However the context of the Gospel Story makes clear that Jesus had brothers and sisters who were not believers in Him. The oldest of these sons appears to be also called James.

A little research shows that Joseph’s father was named Jacob, also translated James. It is frequently customary to name a first born son after the father or grandfather. Joseph and Mary were commanded by the Angel to name  their first child Jesus. When the next child came along it would be natural to name him either Joseph or James (Jacob).

As writer of this article, I have the honor of bearing the name of James, and am named after five previous generations of James. I work with a fine man, who has the first name of George. His family contain enough Georges among them to cause those of us who know them to have to think who we are referring to!

It is apparent that Mary, Jesus mother, remained in the circle of Believers, as we find her a participant, on the day of Pentecost. (Acts 1:14) When care is taken to peruse the Scriptures, I am not sure that the half-brother of Jesus ever became a believer. The scriptures quoted to bolster this theory, are based on the assumption of the word brethren being narrow in its application, whereas in many places Jesus himself uses the broader application.