“Well, now that we have seen each other,” said the Unicorn, “If you’ll believe in me,  I’ll believe in you.” – Lewis Carroll ‘Through the Looking Glass’

There has been a worldwide fascination with the possible existence of the Unicorn, and myths and legends abound. Can we separate fact from fiction? I believe we can. Let’s look at the Superstitious Stories, the Supposed Sightings, the Scriptural Survey and the Scientific Certainty.

The Chinese believed that the Unicorn could presage the birth of great people. In 551 B.C. a pregnant Chinese woman was said to have met a Unicorn in the woods, and it placed it’s head in her lap. She felt it was a good omen and her son was named Confucius, who became the famous philosopher.

There is a story that Genghis Khan around 1200 A.D. was advancing with his army against India, when a Unicorn approached and knelt before him. He felt it was a sign from heaven warning him not to attack, and he turned his army away, saving India from his invasion. One of the World’s most ruthless conquerors was tamed by a Unicorn.

The Unicorn’s horn, was believed to possess healing properties, and the ground powder, called ‘Alicorn’ was supposed to be able to cure epilepsy, fever and gout.

The first thing that is noticeable is that most all the stories of Unicorns originate in accounts of natural history, not in Greek mythology! The Greek writers were convinced of the reality of the Unicorn. The earliest writings date back in Chinese history to about 2,000 B.C.

In the 3rd Century B.C. the Greek historian Ctesias traveled to Persia, now known as the territory of Iran and Iraq, and wrote fantastic stories of traders who had encountered the Unicorn. Aristotle deduced that the Unicorn was probably real, but discounted the reputed magical powers of its horn. Pliny the Elder, born in the reign of Tiberius, and died in 79 A.D. described the Unicorn in his Cyclopedia “Historia Naturalis” as a ferocious beast with feet like an elephant and a single black horn standing out on his forehead up to 3 feet long. Alexander the Great claimed to have ridden one into battle.

Smith’s Bible dictionary quotes Julius Caesar as saying that they “are scarcely less than elephants in size, but in their nature and form are bulls. Great is their strength and great their speed: they spare neither man nor beast when once they have caught sight of them” (Bell. Gall. Vi 20.)

There are seven scriptures which are translated, ‘Unicorn’. The original Hebrew word used was Re’em, (רים) and may have referred to more than one animal. Clearly the translators did not know what this was and the word Unicorn was used with but faint idea of what the Unicorn really was.
However the word appears in the book of Job 39:9-12. This is the most significant reference, because the context indicates that God the Creator was rebuking Job and challenging Job to do the works that only God Himself can do. Here He asks Job,

“Will the unicorn be willing to serve thee, or abide by thy crib? Canst thou bind the unicorn with his band in the furrow? or will he harrow the valleys after thee? Wilt thou trust him, because his strength is great? or wilt thou leave thy labor to him? Wilt thou believe him, that he will bring home thy seed, and gather it into thy barn?”

Here God tells us that this Unicorn was wild, not able to be used for agriculture. That its strength was great and it could not be tamed or trusted. In Isaiah 34:7 there is a prophecy of the last days and indicates that the Unicorn will be present and partake in the slaughter of Judgment and shedding of the blood of many people. So there is Biblical evidence that the Unicorn is not extinct as many believe. The remaining scriptures are used to compare the work of God to be of great strength like the strength of the Unicorn.

I began to ask myself if the Unicorn really exists, what animal is now the one we are told of in the Bible, called a Unicorn? There is a Wild Ox that now 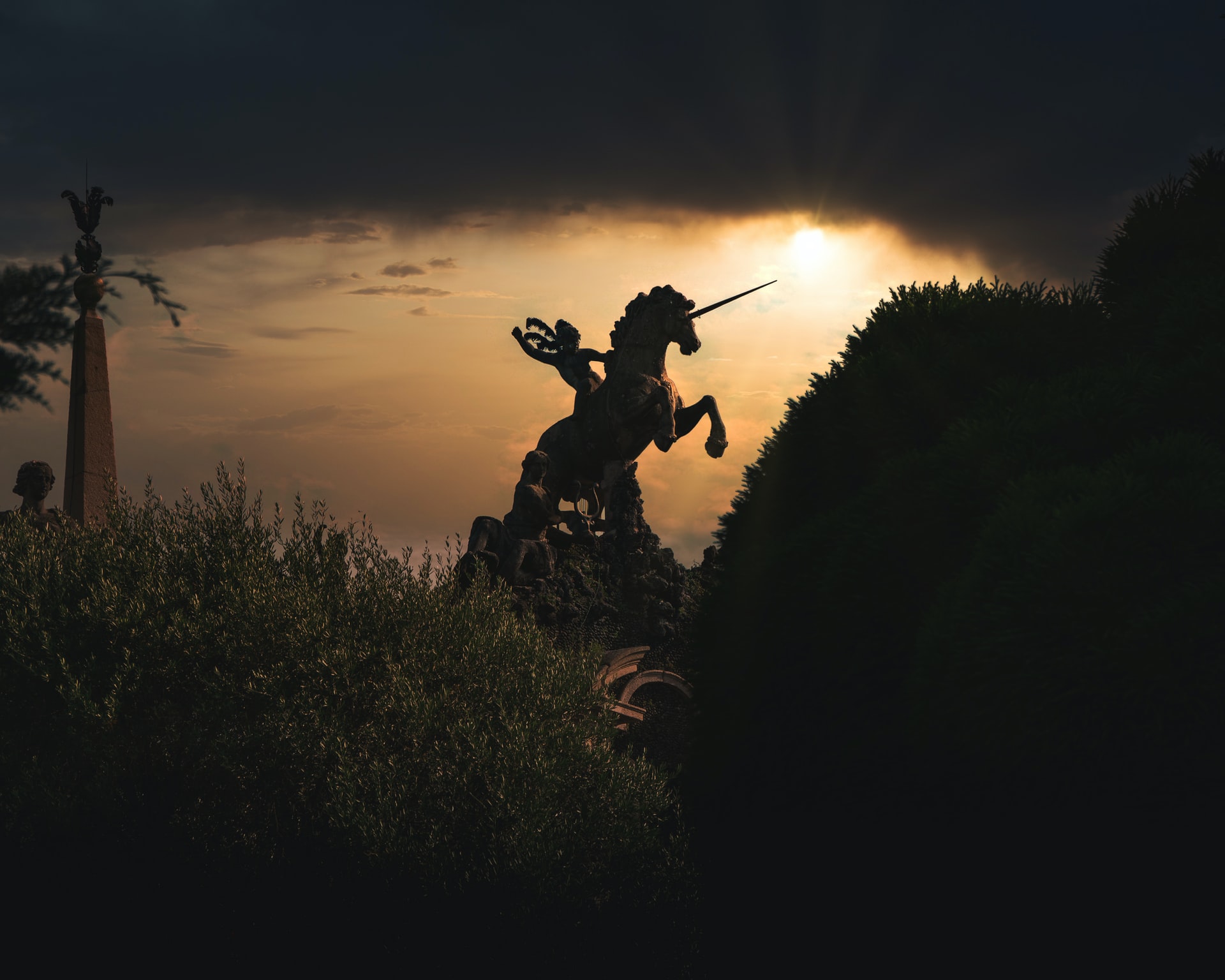 seems extinct, that lived in parts of what is now Pakistan and Afghanistan, but it had horns similar to the Texas Long horn. The word Unicorn means primarily “ONE horn” and is so depicted throughout many cultures.

Having lived much of my life in Africa, I considered the Rhinoceros, but rejected the idea, as I was aware that while it had all the other characteristics described in the Bible, it has TWO horns. One large and one smaller; these horns are in-line rather than next to each other like a bull.

My research prompted me to take a closer look at the Rhino and I discovered to my amazement that there are 4 varieties of Rhino. Only one of them differs from the rest in that it bears the official Latin name of ‘rhinoceros unicornus’ and has only ONE horn! Then I discovered that it is known as the Indian rhinoceros and two thirds of the world’s population of this species lives in the Kaziranga National Park, in Assam, India. It had previously been encountered widely from Arabia to Tibet.

I found an interesting comment by Rev. Adam Clarke, who was the founder of the British Bible Society and taught theology 6 hours a day in the original Hebrew and Greek language at Cambridge. He says in his commentary on Job 39:9

“Will the unicorn be willing to serve thee? – The “fine elegant animal like a horse, with one long rich curled horn growing out of his forehead,” commonly called the unicorn, must be given up as fabulous. The heralds must claim him as their own; place him in their armorial bearings as they please, to indicate the unreal actions, fictitious virtues, and unfought martial exploits of mispraised men. It is not to the honor of the royal arms of Great Britain that this fabulous animal should be one of their supporters. The animal in question, called רים reim is undoubtedly the rhinoceros, who has the latter name from the horn that grows on his nose. The rhinoceros is known by the name of reim in Arabia to the present day. He is allowed to be a savage animal, showing nothing of the intellect of the elephant. His horn enables him to combat the latter with great success; for, by putting his nose under the elephant’s belly, he can rip him up. His skin is like armor, and so very hard as to resist sabres, javelins, lances, and even musket-balls; the only penetrable parts being the belly, the eyes, and about the ears.

Or abide by thy crib? – These and several of the following expressions are intended to point out his savage, untamable nature”.

I was interested in this particularly because I know that the one animal above all others the elephant will avoid is the Rhino. While others may differ in their conclusions, I personally think I have finally found the Uncanny Unicorn!