The Eunuch of Ethiopia

The land of Ethiopia, was also called Cush.

In Biblical times Ethiopia encompassed the territory of what we now see as Ethiopia, as well as Sudan and Somalia. In the times of the Patriarchs there were historically recurring invasions between Egypt and Ethiopia (Cush).

During the early life of Moses there was an ongoing battle which was finally won by Moses as general of the Egyptian Army. The historian Josephus, quoting Herodotus, in his Antiquities Ch.10 tells us that Moses married Tharbis, the Daughter of the King of Ethiopia, and obtained a peaceful surrender.

The King of Ethiopia, Haile Selassie, claimed that the royal ancestry of the Kings of Ethiopia went back to King Solomon and the Queen of Sheba. Certainly there was a Semitic strain in the royal line. There is an interesting quotation in the International Standard Bible Encyclopedia that states,

“The Sabean inscriptions found in Abyssinia go back some 2,600 years and give a new value to the Bible references as well as to the constant claim of Josephus that the queen of Sheba (Saba), was a “Queen of Ethiopia.”

In Ethiopia there were many Black Jews, who claimed the God of Abraham, Isaac and Jacob as their God. I observed many Black Jews in Jerusalem in November 1966, all of them wearing the Kippah, and obviously Jewish in dress.

In the days of the early church, very shortly after Jesus had been raised from the dead and ascended to His father in Heaven, an important Ethiopian Government Official came to Jerusalem to Worship the God of Israel. The story of this event is recorded by Dr. Luke in Acts 8:26.

Here are some observations that I have concerning this story.

First, the story begins with a miraculous intervention in the ministry of Philip. Philip, during the persecution of the church in Jerusalem had gone to the city of Samaria, and was engaged in Revival meetings that were accompanied with signs and wonders. He is told by an Angel to leave immediately and go southwards along the road from Jerusalem to Gaza. This is Desert. He is not told why, but he knew enough to obey when God so ordered. Finally he is directed by the Spirit to approach the chariot carrying the Ethiopian Eunuch.
Here are five things that give us understanding of this Ethiopian dignitary.

We are told in the 27th verse that he had made the long journey for the purpose of coming to worship the God of Israel. Literally this involved coming to the Temple in Jerusalem to offer a sacrifice. This would have taken several weeks each way. For a man in his position as Minister of the Treasury of Ethiopia, this meant the expense of a long journey for not only himself but for his entire entourage. He was a Cabinet Minister to the Queen, and would never travel alone. Travel would likely be by boat and then overland using chariots. At the outset of this narrative, he is returning to his homeland.

His reception was Proscribed.

He finds that on arrival in Jerusalem, he has several strikes against him. First, he cannot actually enter the Temple. No Eunuch was permitted to enter the Temple. Second, he was a Gentile, and at best could have only entered the Court of the Gentiles, but that too was now unattainable. (Deut. 23:1; Lev.22:25) So he could not fulfill his objective; to worship God directly, as he had purposed.

His Understanding was Perplexed.

The rules and regulations of the Temple Worship had perplexed him, but he procured a copy of the holy writings upon which so much of the religion was based. It was a copy of the book of the Prophet Isaiah, a book that would have taken a scribe a year to write. There were many detailed rules that were required of a scribe, to ensure that the book was perfectly copied from a master copy. It must have cost the Eunuch an enormous sum of money. Having invested a small fortune in this book, he commenced to read it as he traveled homewards. Again he is Perplexed as he reads this book of Isaiah. He did not understand what the Prophet was saying. He desperately wishes for someone to unravel all this mystery.

His heart and mind were Persuaded.

God, who knew this man’s heart, had already decided to intervene. 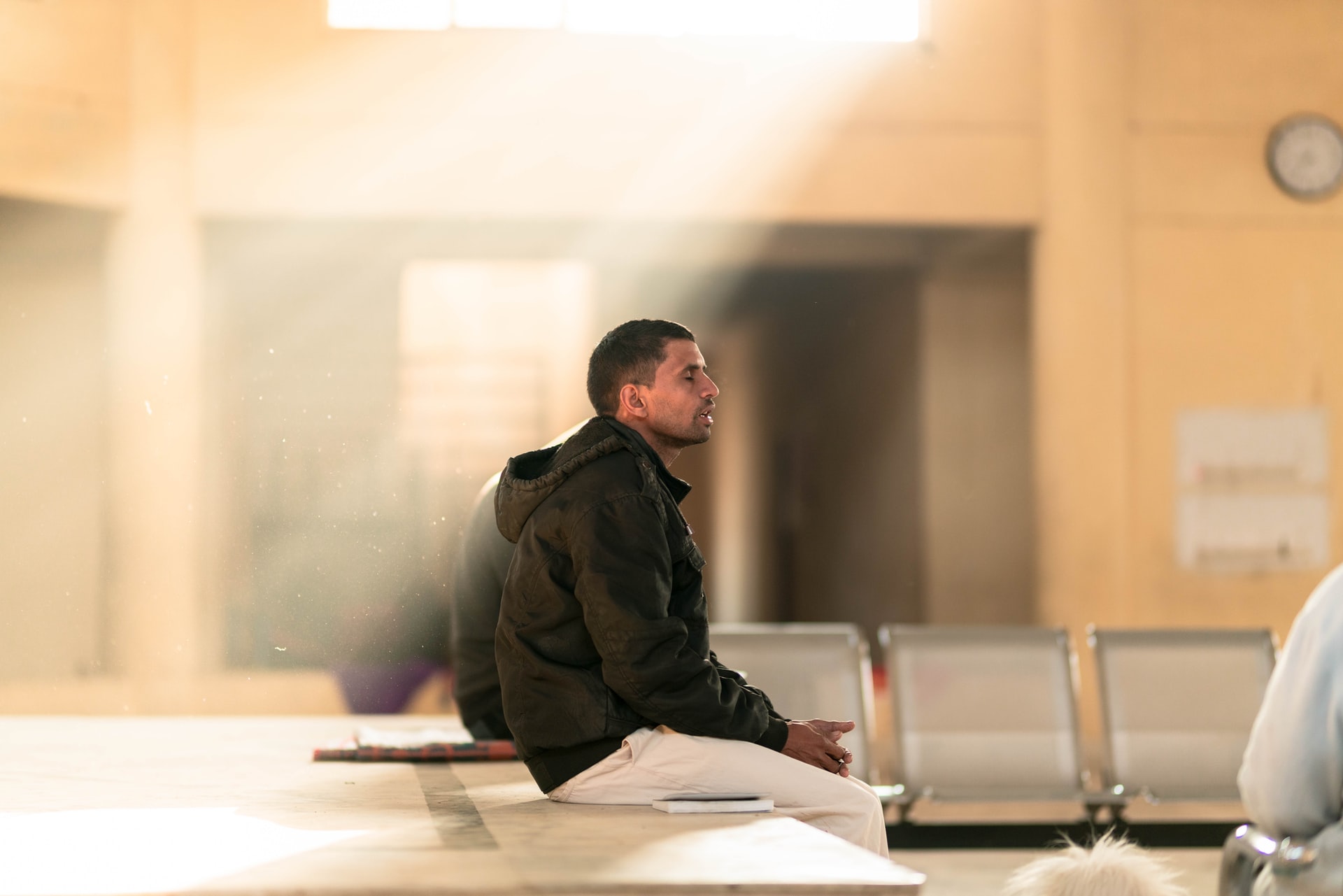 Now God’s man Philip was walking the road to Gaza; and the Spirit of God instructs him to join himself to this chariot. The Eunuch is reading aloud, as all the People of Jewish faith are instructed to do from Isaiah 53. Acts 8:32-33 tells us what Philip heard the man read. This is a prophecy concerning the Judgment and Crucifixion of Jesus. Philip asks the Eunuch if he understands what he is reading, and is invited to explain this writing. “He promptly baptizes the Eunuch in the water”

Philip realized God had put him there in that place and time; to lead this hungry searching man to know the God of Israel and His Son, Jesus the Anointed One. Believing in his heart what he hears, the Eunuch requests the Jewish rite of Mikvah. By the time Philip had explained the good news to the Eunuch, the chariot had reached the watered plain near Gaza, and there was the water needed for the new believer to make his ‘Mikvah’, being baptized by immersion in water in the name of Jesus.

Philip asks for a spoken affirmation of his faith and upon hearing that he now believes Jesus is the Messiah, the prophetic fulfillment of Isaiah’s writings, he promptly baptizes the Eunuch in the water.

He Proclaimed the Good News.

The story concludes with the words, ‘he went on his way rejoicing’. That was all the information Dr. Luke had when he wrote the Book of Acts. Perhaps he went on reading and found Isaiah 56:3-5! “And do not let the eunuch say, Behold, I am a dry tree… I will give them an everlasting name that shall not be cut off.”

This Eunuch returned to his land, and began to spread abroad the news that the awaited Messiah had come and fulfilled the Prophetic writings and that salvation was the gift of God to all who believe in and follow Jesus. Other Ethiopians believed, and for 1,800 years the Christian church flourished in Ethiopia.

This was unknown to the outside world until the 18th century, the Ethiopian believers proclaimed the message, because one man heard from God and left a revival to walk along a desert road.

So the first Missionary to Africa seems to have been this dear African Convert to Christianity.

Will you tell this story to someone God puts in your pathway? The outcome could be history making!