Many have read of Herod in the Bible, few are clear who we are reading about.

The truth of the matter is that the Herod, in one Bible reference, may not be the same person in another. The family has an incredibly long history.

The Herodians were not of pure Jewish stock.

Herod Antipater succeeded his father in 78 BC and was given the Procurator ship of Judea by the Roman Caesar in 47 BC. He was assassinated in 43 BC, and left four sons and a daughter. The names of his children were Phasael, Herod (the Great), Joseph, Pheroras, and Salome.

The first Herod in the Bible.

Herod was a young man of about 20 years of age, possibly as old as 25, when he assumed his career with the appointment to be governor of Galilee. We are told by Josephus that “he continued his life to a very old age.” In 41 BC Mark Antony appointed him tetrarch of Judea and in 37 BC he obtained the crown of Judea as a king under Caesar Augustus of Rome.

His first marriage was to Mariannme the granddaughter of John Hyrcanus, who had been the high priest of the Jews and first leader of the Maccabee rebellion. Herod was afraid to leave any remnant of that dynasty alive at his death that might endanger his successors, so he had her executed in 28 BC together with her mother Alexandra, and just before he died, he arranged the execution of two of his sons by her, Alexander and Aristobulus in late 2 BC a week before his own demise.

His final days were full of conspiracies, and efforts by his sons, to usurp his throne, and he suffered an incurable loathsome disease of the bowels, which stank, and debilitated him to the point of attempting suicide.

In the last weeks of his life the wise men from the East came to him, seeking the newborn King of the Jews.

He invited these wise men to come back and tell him when they had found the newborn baby; but when they did not return within the week he issued the order for the slaughter of all the newborn children in Bethlehem of two years and under.

He died in the 37th year of his reign. A total Eclipse of the moon occurred in that same month which dated his death to late 2 BC by our calendar. The journey of the wise men took about 90 days, and we know that Mary remained in Bethlehem for at least 40 days after Jesus birth to fulfill the purification rites for a first born male child. The late December celebration of Jesus birth is based on the arrival of the Magi from Persia.

When Caesar Augustus heard of Herod ordering the murder of his own sons, days before he died, Caesar remarked, “It would be better to be one of Herod’s swine than Herod’s son”. In the Greek language a pun was intended using similar sounding terms for son and swine, ‘hus’, and ‘huios’. The insinuation was that Herod being a professed Jew, his pigs were safe from slaughter, but his sons were not.

Archelaus was the elder son of Herod the Great and Malthace the Samaritan; he was therefore one half Idumean and one half Samaritan, so he had no Jewish blood in him. Under Herod the Great’s will most of the estates were given to him, together with the title of Ethnarch.

His younger brother Antipas II contested the will in Rome. While this was going on there was a time of uncertainty back in Judea, and Archelaus forcibly repressed a rebellion and ordered his soldiers to attack the people. An estimated 3000 people were killed in this uprising, but the Romans supported him at that time. His harsh government and fiery temper earned him the hatred of his people who formally complained to Rome. He is mentioned only in Matthew 2:22. His reign lasted about nine years circa 2 BC to 9 AD when Archelaus was finally removed from his position of government, all his possessions were confiscated and he was banished to Vienna in Gaul for the rest of his life.

Jesus and his parents returned from Egypt to the Holy Land while Archelaus still reigned in Judea. So Jesus was less than nine years old when they moved to Nazareth.

Herod Antipas was the younger son of Herod the Great and Malthace a Samaritan woman so, like his brother, he too was half Idumean and half Samaritan and had no Jewish blood in his body. In considering what to do with this Prince, Caesar Augustus granted him the domain of ‘Galilee of the Gentiles’, and he ruled as Tetrarch of Galilee from 2 BC to 39 AD.

He first married the daughter of King Aretas of Arabia, however he sent her back to her father the King of Arabia after he had met and seduced his 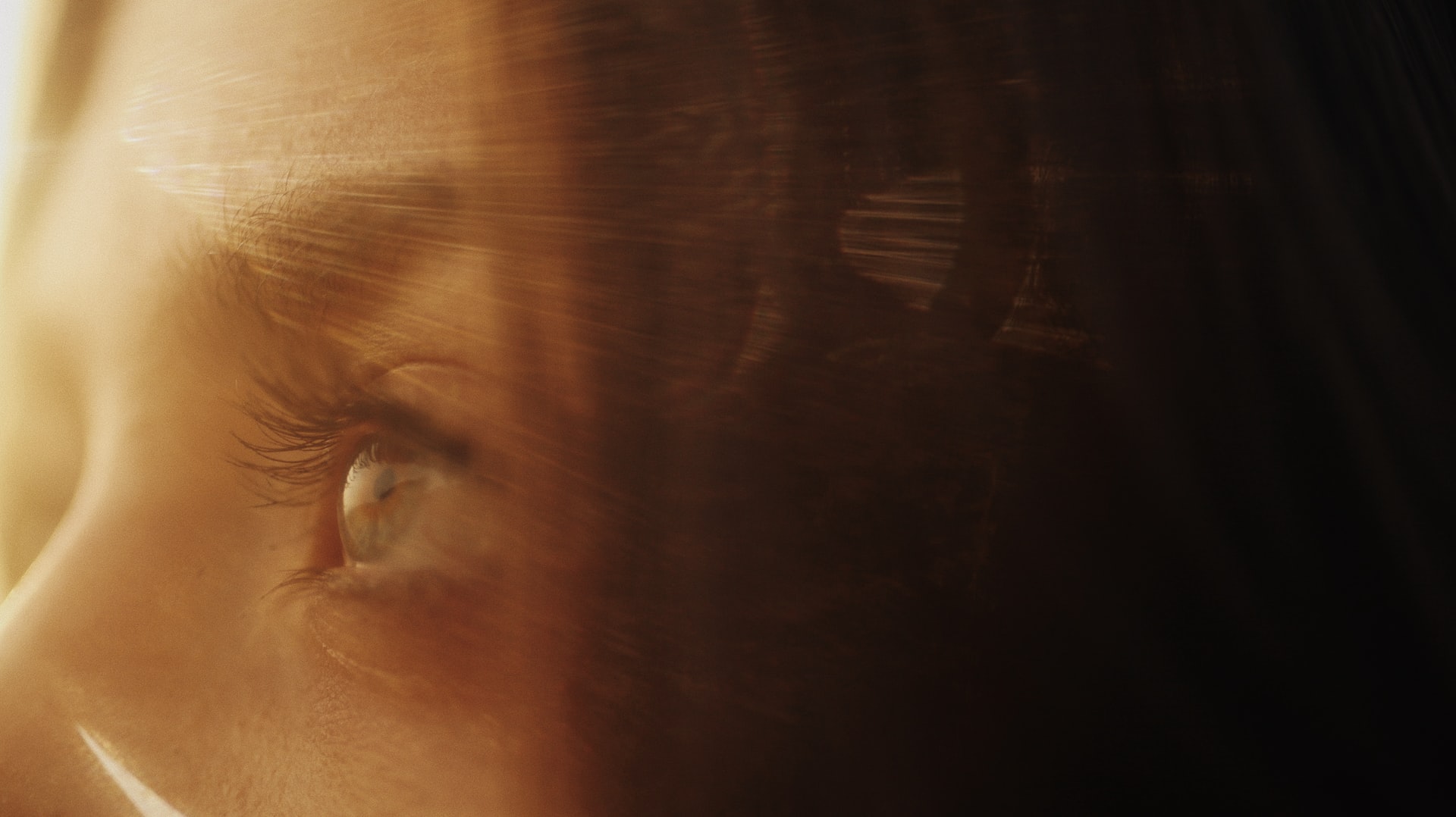 brother Philip’s wife, whose name was Herodias. Herodias was the daughter of his half-brother Aristobulus therefore his niece, and also the wife of his other half-brother Philip making his union with her doubly sinful according to the Mosaic Law.

After her marriage to him, Herodias totally dominated his life, and his influence on his subjects was accordingly likened to yeast or leaven by Jesus in Mark 8:14. This man was the Herod that John the Baptist preached against for his immorality and lost his life because of his preaching.

Pontius Pilate, hearing that Jesus was from Galilee sent him to Herod Antipas II who interviewed him hoping to see a miracle, then failing that, mocked him and sent him back to Pilate. Luke 23:6-12.

In 37 AD Antipas went to Rome to petition for equal kingship with his brother Agrippa at the instigation of his wife Herodias. Agrippa outmaneuvered him in the court at Rome and accused him of high treason. The case dragged on for two years and in AD 39 Antipas was banished to Lyons in Gaul where he lived and died in great poverty and misery.

When sentence was passed upon him Herodias strenuously opposed Caesar and as a result she too was stripped of all her personal wealth and her estates, and sent with him into the same banishment. Josephus the Jewish historian sees this as the judgment of God upon her.

Herod Agrippa I was the son of Aristobulus and his first wife Berenice. He was a grandson of Herod the Great. His grandmother was Mariamne the Hasmonean and granddaughter of John Hyrcanus the high priest, so there was a line of Jewish blood in him. He was reputed to strictly keep the Law of Moses. In AD 37 he was made king and given the Tetrarchy of Philip and Lysanius; with the added domains of Galilee and Pareara after Antipas’ exile in AD 39 .

To please the Jews he slew James the brother of John and imprisoned Peter. He loved popularity and planned Peter’s death; but he died himself in the fourth year of his reign during the games at Caesarea. Acts 12 tells of his deeds and death. Josephus tells us that Agrippa on his deathbed said these words; “I whom you call a God am ordered to depart this life immediately, Providence thus instantly reproves the lying words you just now addressed to me, and I who was by you called immortal am immediately to be hurried away by death”. So the man they called ‘Agrippa the Great’ came to an untimely end in AD 44, a monument to warn proud men.

Herod Agrippa II was the last of the race of Herod’s. He was the son of Agrippa I and Cypros, his mother, was a grand niece of Herod the Great. He was 17 years of age at the time of his father’s death in AD 44, and thought too young to succeed his father in the kingdom. Six years later in AD 50 the Emperor Claudius conferred on him, Chalsis and in AD 52 the Tetrarchies of Philip Lysanius, together with the title of King. Emperor Nero added the cities of Galilee and Persia to his kingdom in AD 55.

In AD 60 we read the account of Paul pleading before Festus and consulting Agrippa on a point of Jewish law.

The last reference to him in the New Testament is found in Acts 25:13 where he comes to salute the Roman governor Festus. He appears in this portion of Scripture in great pomp together with Bernice, his sister, and they were looked upon with great suspicion by the Jewish leaders, as they were reputed to be living together as man and wife. At age 73 he died in Rome AD 100 in the third year of Trajan’s rule.