THE CHURCH THAT NEGLECTED ITS FIRST LOVE

I. TO THE CHURCH THAT NEGLECTS ITS FIRST LOVE, THE OMNIPRESENT SAYS:

“I AM… .He that holdeth the seven stars in His right hand.”

“I AM… .He Who walketh in the midst of the seven golden candlesticks.”

Let’s talk about Christ’s OMNIPRESENCE. Who can flee from God? He is everywhere. No man can hide from Him. In the final day, men will cry to the rocks to cover them from the face of an angry God, but they will find no refuge, and will be judged for their deeds. On the other hand, there is no place of difficulty…. no catastrophe….no sorrow… .no danger that we encounter but what Christ is present and willing to help if we will call upon His name!

Note that Jesus holds the seven stars. The stars do not hold Him. His grip is stronger than our grip. It is His strength that holds us, not our own! A great burden was upon the “angel” (pastor) of the church in Ephesus. The spiritual welfare of the church was his responsibility. The Bible says that “he that desireth the office of a bishop desireth a good thing” I Tim. 3:1. But it also says, “No man taketh this honour to himself” Heb. 5:4.

Leaders will be accountable to God and are very much their “brother’s keeper!” It is also true that, “As goes the pastor, so goes the church.” The church, for the most part, is a reflection of the character and ministry of the pastor. God knows this, and gives special attention to the “stars.” He holds them in His right hand! Pastor, Christ will keep you if you are willing to be kept! You can say “no” to Him, and He will let you out of His hand if you insist. But He will hold you as long as you stay in His hand, and no devil in hell can separate you from the love of God!

II. TO THE CHURCH THAT NEGLECTS ITS FIRST LOVE, THE OMNISCIENT SAYS:

“I KNOW…thy works, thy labour, and thy patience.”

“I KNOW…thy hatred of evil.”

°I KNOW…how thou canst not bear them which are evil.”

“I KNOW…thou hast tried them which say they are apostles, and are not, and hast found them liars.”

“I KNOW…thou hast borne, and hast patience, and for my name’s
sake hast laboured, and hast not fainted.”

“I KNOW…thou hatest the deeds of the Nicolaitans, which I also hate.”

He Knows All the Good Things We Do.

Neither were the Ephesians sinning people. In Romans 1:32 it says that there are people who not only sin, but take pleasure when others sin. The Ephesians were just the opposite. They did not sin, and they could not bear those who were evil. One of the fearful things today is that Christians are no longer angered by evil. Violence, immorality, pride and hypocrisy do not seem to bother them. They are comfortable with carnal living, and they do not choose to condemn those who live carnally because, by doing so, they would condemn themselves. May God help us to be like the 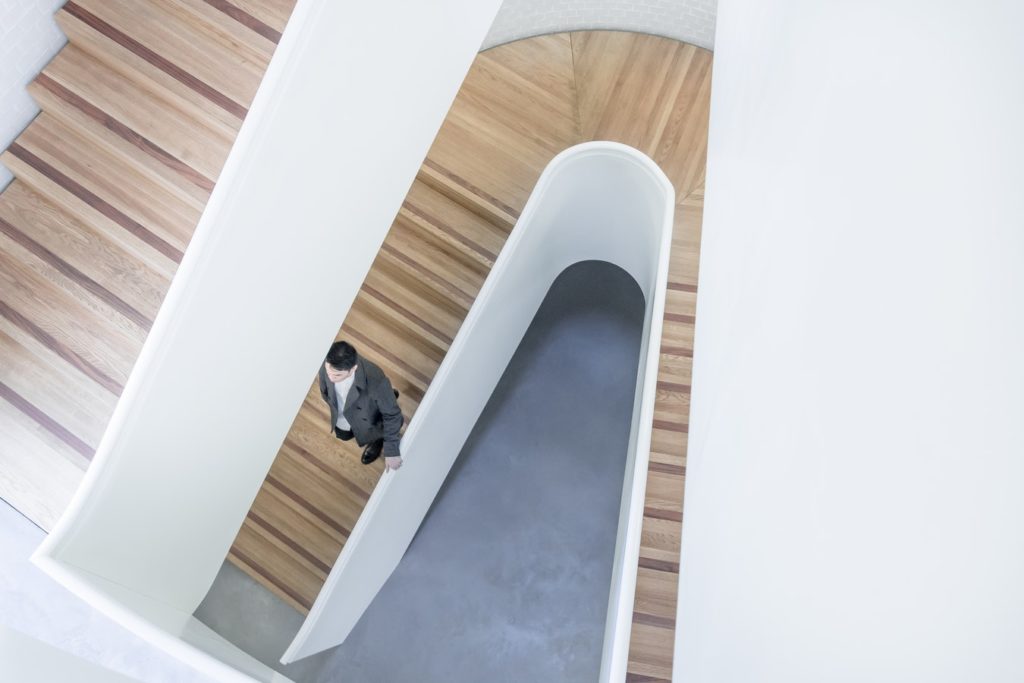 But Jesus said that the Ephesians lacked something…. something they once had, but had left. When they were first saved, they talked about Jesus, they dreamed about Jesus, they sang about Jesus, they prayed to Jesus and they thought about Jesus. Then they got busy… busy for Jesus. They built churches, they evangelized, they judged those who sinned, they suffered persecution, they went to church, they paid their tithes, they cared for the poor. What was wrong? Why would Jesus censor such industrious and godly people? The truth is that there was nothing wrong in what they did. It was in what they did not do that they erred. They had left their first love.

Jesus was in the midst of them, but they did not see Him. He stood among them with His arms outstretched, desiring fellowship with them as in the beginning, but they were too busy doing good things! It was as though He was shouting to the believers going by, “I’m over here. Stop! Let’s talk! Have you forgotten that I am in the midst of you? Am I no longer the center of your worship? Do you care more about your work than you care about me?”

One of the “good works” that the Ephesians did was to hate the deeds of the Nicolaitans which Jesus told them He also hated. Who were the Nicolaitans, and how did they get into the church?

Let’s answer the second question first. When we get so busy doing that we forget worshipping and loving Jesus, then error and evil prospers. “Busy-ness” will not prevent the enemies of God from invading the church.

It is Love for Christ that will keep them out.

Now for the second question. The Nicolaitans were people who believed that freedom from law was the freedom to sin. They were the ones who would say, “Let us do evil that grace may abound.” They argued that, since “God is love,” believers have a license to sin! They would say, “So long as you love God, it doesn’t matter what you do.”

They were wrong….very, very wrong! But the Ephesians “hard workers” were wrong, too, because it was as though they were saying, “Our works are an expression of our love. We do not need to do more!” Christianity is a religion of relationships. When you leave out a personal experience and on-going communion and worship of Jesus Christ, you no longer have Christianity. All you have is empty works which, apart from Christ, do not fulfill or satisfy. However, if communion and worship are right, the works will follow and be blessed by God.

Then He adds the words, “Or else!”

Christ puts the responsibility of choice squarely upon the Ephesians. What will happen to them will depend upon whether they choose to listen and obey. Christ has the power to bless, and Christ has the power to punish. How He uses His power will depend upon the choice of the Ephesians. This is how it is with salvation. “He that believeth and is baptized shall be saved, and he that believeth not shall be damned” Mark 16:16. Christ sets the conditions. It is for man to choose whether he will meet them or not. What happens to man depends upon man’s choice. So it was with the Ephesians.

III. TO THE CHURCH THAT NEGLECTS ITS FIRST LOVE, THE OMNIPOTENT SAYS:

If you do not obey I WILL…come unto thee quickly and remove thy candlestick out of his place.”

Christ is not only OMNIPRESENT and OMNISCIENT, He is also OMNIPOTENT. He can do something about what He sees and knows!

There are two ways to look at this warning. If the church at Ephesus is the candlestick, it would mean that the church would be removed and its work finished. This does not seem to be the right interpretation. Candlesticks give light. Churches witness to the truth about Jesus Christ. Christians are “lights” in a world of darkness. When we lose our love for Christ….when we are only busy as the world is busy….when doing is more important than loving….then it is that our ability to be a testimony and a light to the world is finished. People begin to admire our works, but they do not admire our Christ!

That is what our Lord meant when He said, “I will remove thy candlestick out of his place.” The world is full of church buildings, humanitarian efforts, righteous causes, and activities of all kinds, but Jesus seems to be forgotten. People talk about their works, but they do not talk about Jesus. The light has gone out! 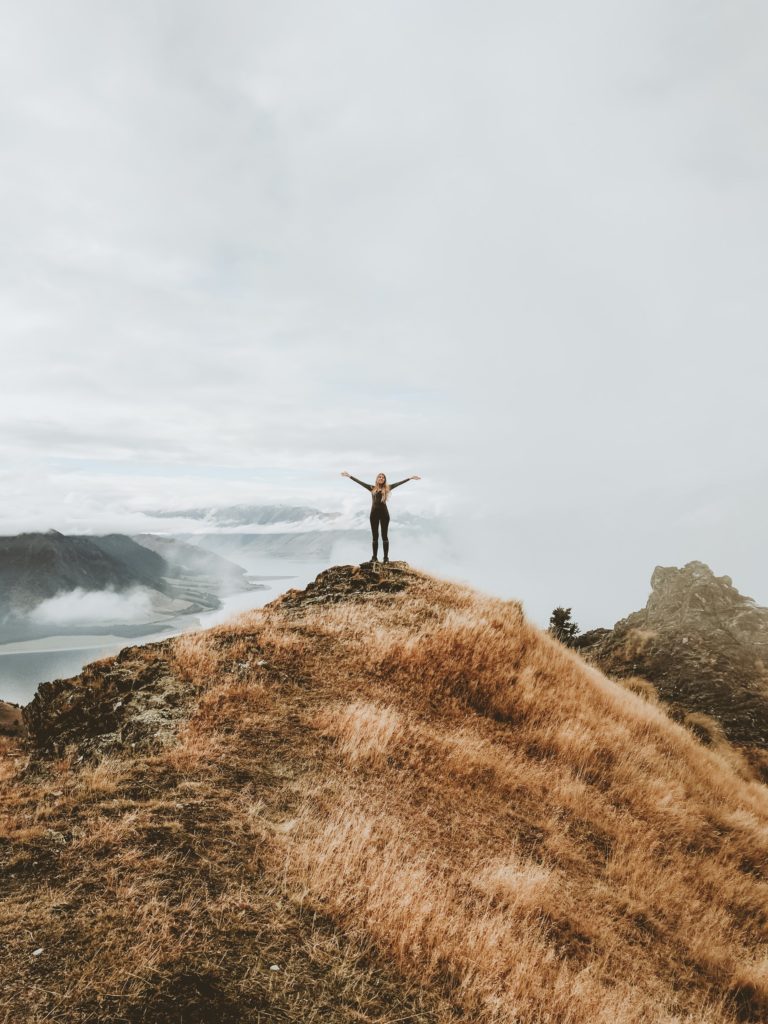 But there is a promise for those who heed the words of Jesus and renew their first love, he says, “He that hath an ear, let him hear what the Spirit saith unto the churches; he that overcometh

I WILL…give to eat of the tree of life which is in the midst of the paradise of God.”

Do you hear what the Spirit is saying? He is talking about immortality…..about everlasting life! The OMNIPOTENT Christ is saying, by the Spirit,

“I WILL….give you everlasting life!”

As we will learn in our study of other churches, there was a great temptation in those days to eat food offered to idols. It was a major issue in the early church. Ephesus was an idolatrous city. The Christians suffered because they refused to do what the Nicolaitans were doing.. .i.e., eating meat offered to idols, using as an excuse, “We are not under law, but under grace!”

Jesus was saying to the Ephesians, “I have meat to eat that ye know riot of. Don’t give in to the Nicolaitans. Don’t partake with them. Keep yourself pure. I will give you something better to eat. I will give to eat of the tree of life which is in the midst of the paradise of God!”