I. TO THE CHURCH THAT IS DEAD WHILE IT LIVES, THE OMNIPRESENT SAYS:

“I AM…he that hath the seven Spirits of God, and the seven stars.”

Christ introduces Himself to the church in Sardis in a different manner than He did to the church in Ephesus. In both cases He mentions the seven stars, but for Sardis He does not speak of the candlesticks, but rather of the seven Spirits of God. Is there a reason for this? There surely must be!

What does a “dead” church need more than life? The church in Sardis was spiritually dead. Spirit means “breath,” and that is exactly what dead churches need….the breath of the Holy Spirit…. spiritual life! Hence, the seven Spirits of God were what the Sardis church needed. The OMNIPRESENT Christ had the answer to revival!

He is the One Who convinces the sinner about “sin, righteousness, and judgment.” To the converted sinner, He administers the forgiveness, the cleansing, and the regeneration that comes through faith in the crucifixion of Christ. And in the Pentecostal experience of the baptism with the Holy Spirit, He gives the power to do miracles that confirm the Word preached, and to live a holy life.

I Cor. 12:4 says there are diversities of gifts but the same Spirit. So, when Christ says “I am he who has the seven Spirits of God, He is talking about the Holy Spirit, the third person of the Trinity. 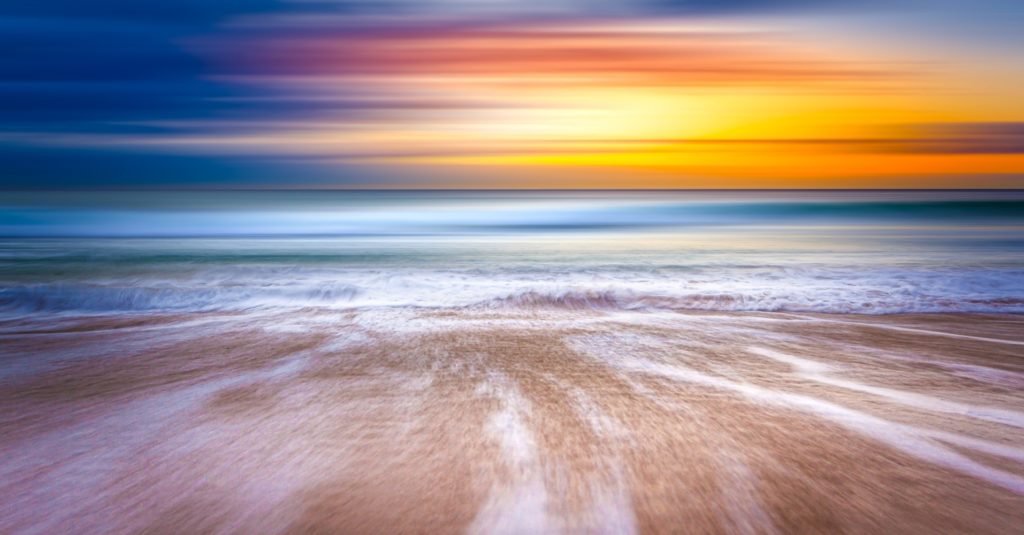 We see Him again in His manifold manifestations in Rev. 4:5.

But what about the seven stars? We have already said they represent the pastors of the seven churches. Why do we talk about pastors when we talk about the need for revival in a dead church? Why? Because leadership is so important in times of revival. Remember… when we talk about revival, we are talking about believers. You can’t revive something that has never lived. Sinners are dead in their trespasses and sins. They have never been born again. Believers, however, can have a “name that they live” and yet be dead. Many who are called Christians have no spiritual life. They need to be revived!

And whose responsibility is it to awaken them? Whose job is it to make them aware of their need? The stars! The pastors! And here is where we need to think deeply, for many pastors try to bring about revival with programs and various types of entertainment. They measure the “success” of the revival by the size of the crowds and the enthusiasm of the people. But this kind of measurement is misleading. Revival concerns the restoration of life, and can only be measured by the degree to which the Holy Spirit controls the life the the believer. It is the Word of God anointed by the Spirit of God that brings revival. Revival does not come by words of men’s wisdom, but with the demonstration of the Spirit and of power! Thank God Jesus has the seven Spirits of God and the seven stars! He rewards “them that diligently seek Him” Heb. 11:6. We can expect revival when pastors will allow Him to hold them and endue them with the power of the Holy Spirit!

II. TO THE CHURCH THAT IS DEAD WHILE IT LIVES, THE OMNISCIENT SAYS:

“I KNOW….thou hast a name that thou livest.”

Concerning their “works,” Jesus said, “I have not found them perfect before God.” You see, God does not only look on the work that is done. He looks on our reason for doing it. Take Balaam, for example. He obeyed God. His “works” appeared to be perfect. When God told him not to go, he did not go. When God told him to go, he went. When God told him to bless Israel, he did. He did everything God told him to do. But his works were far from perfect. Why? Because his motives were wrong. And because his motives were wrong, he found a way to help Balak without directly disobeying the command of God. People who continually seek their own will are dead while they live. They may appear to be “good Christians,”…..they may have a name that they live

because they do the things expected of Christians…..but God looks on the heart, and He sees that their motives are selfish and sinful. Their works are not perfect before God!

This will also be evident at the final judgment. There will be those who say, “Have we not done mighty works in thy name?” And the king will answer, “Depart from me…I never knew you.”

Jesus tells the people in Sardis to “strengthen the things that remain, that are ready to die.” Not all in Sardis were spiritually dead. Some still had life in them. Verse 4 says that a few in Sardis had not defiled their garments, and were promised that they would walk with Christ in white because they were worthy.

But things in the process of death will die completely unless “strengthened.” Death does not happen all at once. A tree may have green leaves outwardly that is dying inwardly. But the time to do something about it is while life remains. “While there is life, there is hope,” they say. It is hard to revive something that is completely dead.

The answer for revival is three-fold: Verse three says:

Remember…..therefore how thou hast received and heard, and

How soon we forget! We forget that it was through the Spirit that we were “born again”….that is, given new life. And if it was the Spirit that brought us life, it is the Spirit to which we should “hold fast!” Paul says, in Gal. 3:3, “Having begun in the Spirit, are ye now made perfect by the flesh?” To depend upon the flesh is to die spiritually. The only way we can strengthen the things that remain is to remember that our strength comes from the Holy Spirit, and to hold fast to Him. If we have sought to be made perfect by the flesh, we should repent. A “self-reliance” that excludes the Holy Spirit is sin. Conversely, “I can do all things through Christ Who strengtheneth me!” Romans 12:3 says, “I say…. to every man that is among you, not to think of himself more highly than he ought to think; but to think soberly, according as God hath dealt to every man the measure of faith.” In other words, put your confidence in God, and not in yourself!

III. TO THE CHURCH THAT IS DEAD WHILE IT LIVES, THE OMNIPOTENT SAYS:

“If therefore thou shalt not watch,

I WILL….come on thee as a thief and thou shalt not know what hour I will come upon thee.”

“He that overcometh, the same shall be clothed in white raiment and

I WILL….not blot out his name out of the book of life, but

I WILL….confess his name before my Father, and before his angels”

First a warning, then a promise! The Bible says that the coming of the Lord will be in the “twinkling of an eye.” This could hardly mean that it would all be completed in a fraction of a second. Rather, it refers to the unannounced and unexpected aspect of His coming. One moment people will be at their ordinary tasks, and the next moment the trumpet sounds and all the things that were predicted commence to happen. For those who are unprepared, that day will be a terrible day. 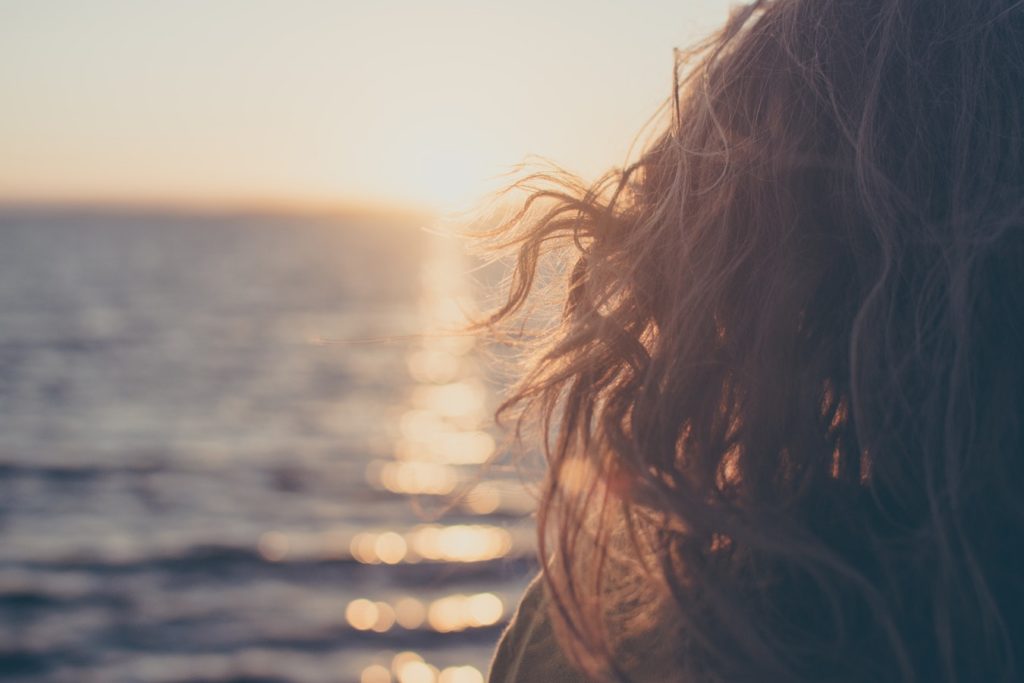 For the one who overcomes, that day will be a glorious day! The soiled clothing of this mortal body will be replaced with the white raiment of immortality and, whereas the names of those who died in Sardis were, by custom, removed from the city register, Christ promises that the overcomer’s name will be inscribed permanently in the book of life! And not only that, but because the overcomer has confessed the Christ’s name while on earth, Christ will confess his name before the Father and the angels. What a testimony! What a recommendation!

One more thing. Could the words, “not blot out his name” mean that it is possible for a name that is written in the book of life to be blotted out? Would Christ have said this if it were not possible? The message to Sardis leads us to believe that it is possible to have had life and then to lose it. The Sardis church had a name that they lived, but were dead. It is a sobering thought to know that eternal life is knowing Jesus….”this is life eternal that they might know thee and Jesus Christ whom thou hast sent” John 17:3____and that, by forsaking Jesus, a person loses eternal life. There is no eternal life apart from Christ! Yes, a name can be blotted out of the book of life!