How To Study the Bible

Once we have chosen to follow God's plan for our lives, we are not only responsible to conform our lives and characters to Christ's image, but to share Christ's love with others so that their lives can also be transformed. We can best fulfill our responsibilities as we respond to the Holy Spirit when He reveals God's mind to us as we study the Bible. This 132-page course by Thomas Maphori gives a great deal of necessary insight for those who are interested in organizing their study of the Bible.

Basic Information about the Bible

The Bible is a book for all kinds of people—young and old, uneducated and educated, rich and poor. It is a spiritual guidebook to teach people how to be saved and to know God’s plan for them. The Bible says:

Everything written in the Scriptures was written to teach us, in order that we might have hope through the patience and encouragement which the 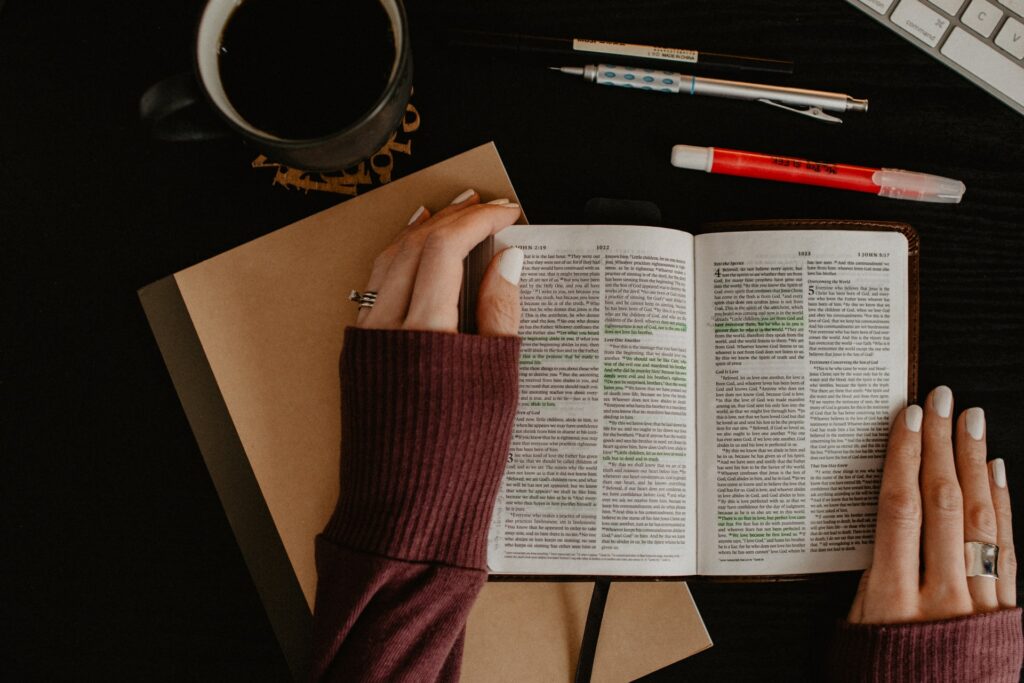 Thus, each person can relate personally to the Bible.

We can receive blessing and instruction from reading the Bible, even though we do not understand it completely. But the full joy of Bible knowledge comes only with serious study. Therefore, we need to have some basic information. In this lesson we will learn about the writing of the Bible, its central ideas, unity, and divisions.

Writers of the Bible Inspiration Authority.

In this lesson you will study:

This lesson will help you to:

WRITERS OF THE BIBLE

Objective 1.  Support the truth of God’s Word by stating two characteristics of the Bible.

About 40 men wrote the Bible during a period of about 1600 years. With so many different writers and circumstances involved, the Bible could have had little or no unity. But a supernatural force was present guiding the whole project. The Bible clearly tells us that that force was God. God inspired the writers to write about His dealings with man.

Inspiration, in reference to the Bible, is the actual “breathing in” of God’s Spirit to guide the thoughts of the writers. This is easy to understand if we recall that God created man out of soil and gave him life by breathing life-giving breath into his nostrils.

Some scholars try to persuade us that though the Bible does contain God’s truth, it also contains errors. Others try to explain that parts of the Bible become the inspired Word  of God   to each person when God speaks to people through these particular Bible words. Still others explain that God dictated the Bible word by word to men who wrote it without thinking about the words. These are all wrong ideas about inspiration.

For no prophetic message ever came just from the will of man, but men were under the control of the Holy Spirit as they spoke the message that came from God.

Also, we cannot say that the writers were mere machines with no freedom of choice. Though some did not fully understand what they wrote, especially concerning prophecies yet to be fulfilled, others studied their topics. They even wrote about their own experiences. What all had in common was God’s special revelation. Paul noted this:

God revealed his secret plan and made it known to me . . . . In past times mankind was not told this secret, but God has revealed it now by the Spirit to his holy apostles and prophets (Ephesians 3:3, 5).

His Holy Spirit continues to confirm God’s Word as truth.

The words of the Bible, just as the writers wrote them at first, are the best words possible for God’s purpose. Since God inspired them, we can trust 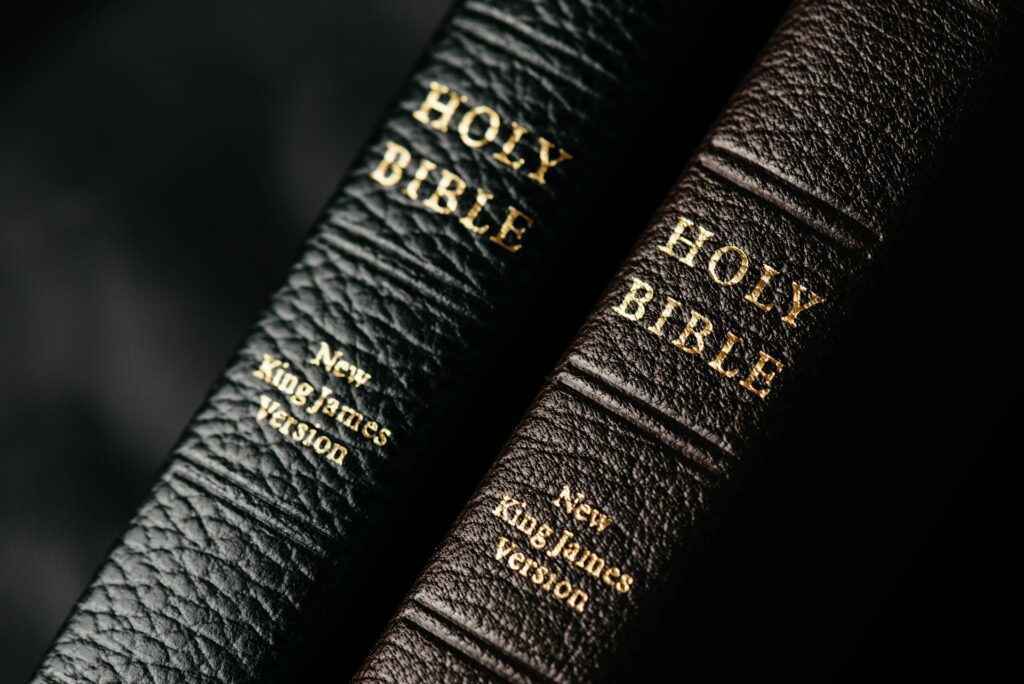 them. They are always true. The words of God cannot fail.

Because the Bible is true, complete, and inspired by God, biblical scholars say that it has “authority.” Even the crowds who heard Jesus speak recognized divine anointing. They said He wasn’t like other teachers, but he taught with authority (Matthew 7:29). The three main meanings of authority are: final truth, official statement or law, and power to give commands. God’s Word has authority in all three areas. It reveals the truth about God. It is the official plan of redemption for all people. And it has power to change lives as people obey its commands.

When we accept the authority of God’s Word, we can study it with greater understanding. We no longer just say it is God’s Word and forget about it; we respond to it as the real, living Word of God, which transforms our lives. As we understand its teachings, we accept them without doubt.

We can rely on the authority of the Bible. We can believe God’s promises are real and claim them for our lives. His joy and peace will follow. Then we can respond to the Word in complete obedience. As we study the Word, we are in God’s presence. It is like hearing Him talk directly to us through the words of the Bible.

Objective 2: Tell how the Bible was written and named.

TRANSMISSION OF THE BIBLE

For a long time there was no written revelation from God to man. But God did speak to people and guided them in many of their actions. God’s Word was given to each person in a direct way. For instance, God called Abraham and told him that through him and his descendants (the Hebrew nation), all the world would be blessed. Out of that nation God chose certain men to write His revelation. We will describe how the Bible was written and transmitted or given to us.

God inspired Moses to write a revelation that would explain the creation of the earth and give God’s laws, promises, and prophecies. Thus, Moses wrote a set of books to which other holy men of God added writings.

These writers wrote the books of the Bible on stones, clay tablets, skins, and scrolls. These first writings do not exist today. God could have preserved them. But if He had, people might want to worship the scrolls or tablets. We are to worship God only, not objects or places that remind us of God.

Therefore, God guided wise and faithful men to copy all the books of the Bible. Many true copies of the first writings do exist today. They are in museums and libraries throughout the world.

For many years the books in the Bible were called “the Books.” The word “Bible” came   from the Greek word biblia, which meant “book.” Then the Bible became known as “the Book,” corresponding with the Greek. Thus, the meaning of the name “Bible” is a good one for the 66 books, which make the holy book.

Bible scholars have examined and accepted the Bible as the inspired Word of God. In fact, they call the books of the Bible “the canon.” The word canon used to mean a tool for making straight lines or accurate measures. The canon is complete. There are other ancient writings about God, but they are not inspired. They are not part of God’s revelation to us.

Objective 3: Recognize the main factors that create unity in the Bible.

The Word of God has been written in many ways.

Today, a few people know both Hebrew and Greek. But godly people have translated the Bible into 1300 languages. Some languages have several translations so that everyone can understand the message. It is common to find different wording in different translations. But the message is the same.

UNITY OF THE BIBLE: Old and New Testaments 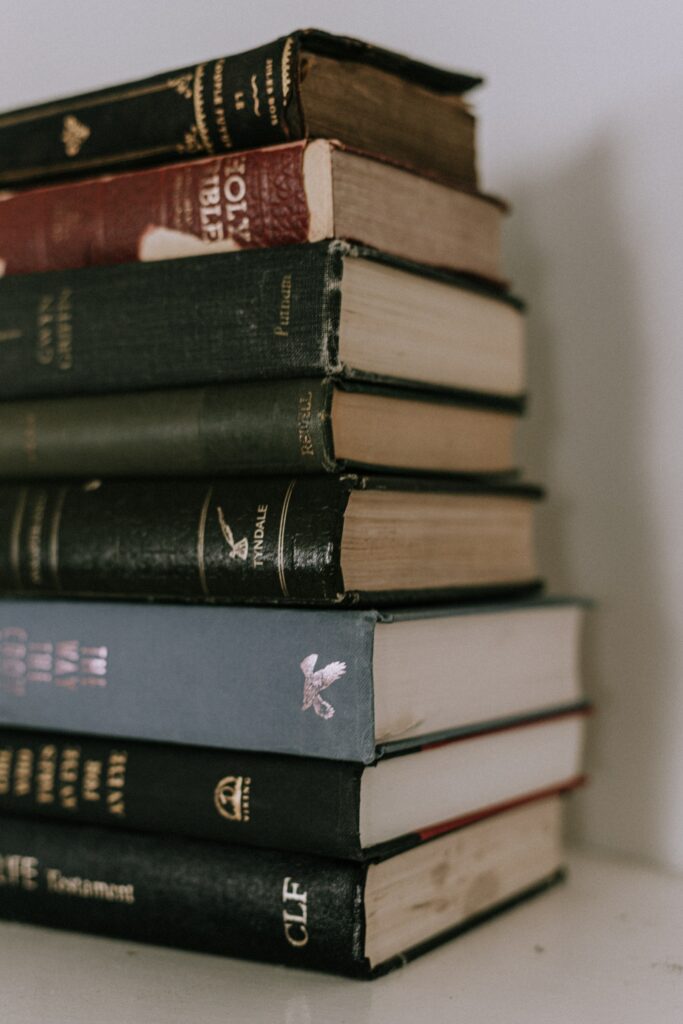 the New Testament explains and fulfills the old covenant. Thus they work together in unity, for both were written under the inspiration of the Holy Spirit.

The word testament means “agreement.” The Old Testament reveals God’s agreement with man about his salvation before Christ came. This was based on the laws God gave Moses to write down. The New Testament is God’s agreement with man after Christ came. It is based on God’s grace which is His total and complete love for man. God sent His Son to die and rise again so that we can have the gift of salvation.

The New Testament tells of Christ’s coming. It fulfills the predictions of the Old Testament: “But when the right time finally came, God sent his own Son” (Galatians 4:4). The new agreement lasts forever (Hebrews 7:24, 28). It is for all nations (Acts 10:34-35). It pays the penalty for all men’s sins. All we have to do is accept God’s gift of His Son.
The Old Testament predicts the coming of Christ. It also shows us the weakness of the old agreement. It was for a limited time and for one nation, the Jews. It was limited in other ways. For one thing, the people had to sacrifice animals each year to keep paying for their sins. (See Hebrews 10:4-7, 10, 14.)

The Bible story begins in Genesis with the creation of the world and man. It ends in Revelation with the ending of life on the earth as we know it. In between these two books we have the story of how God worked out man’s salvation so that he can enjoy eternal life in heaven.

When Adam and Eve disobeyed God, they sinned. They were then separated from God spiritually. But God still loved them. He began to make a way to heal their spirits. It took a long time for man to receive the full revelation of God about spiritual healing. Hebrews 1:1-2 tells us:

In the past God spoke to our ancestors many times and in many ways through the prophets, but in these last days he has spoken to us through his Son. He is the one through whom God created the universe, the one whom God has chosen to possess all things at the end.

Today, we have the full revelation through Christ who is the living Word. The people who lived in the Old Testament times did not have this. They had a part of it.

As time went by, God revealed more and more of His truth. God taught “letter by letter” (Isaiah 28:10). We call this progressive revelation.

God dealt with Old Testament people in a different way than He deals with us. The teachings in the New Testament against polygamy and divorce, for example, seem to conflict with Old Testament stories of these practices. But Jesus explained that God dealt differently in the past because the people were slow to understand. They had less of the truth revealed to them than we have (Matthew 19:3-9). We have more truth because Jesus came to show us the way.

As you read and study the Bible, you will see more and more the unity of God’s plan for your life.