“Yes, of course I believe in Jesus Christ,” said my new friend. “He was a great prophet, a man sent from God who gave us many teachings that we should follow.”

“That’s wonderful,” I replied, “but it’s not enough. You must not only believe that he was a great prophet, but that He is God. You must know Him as 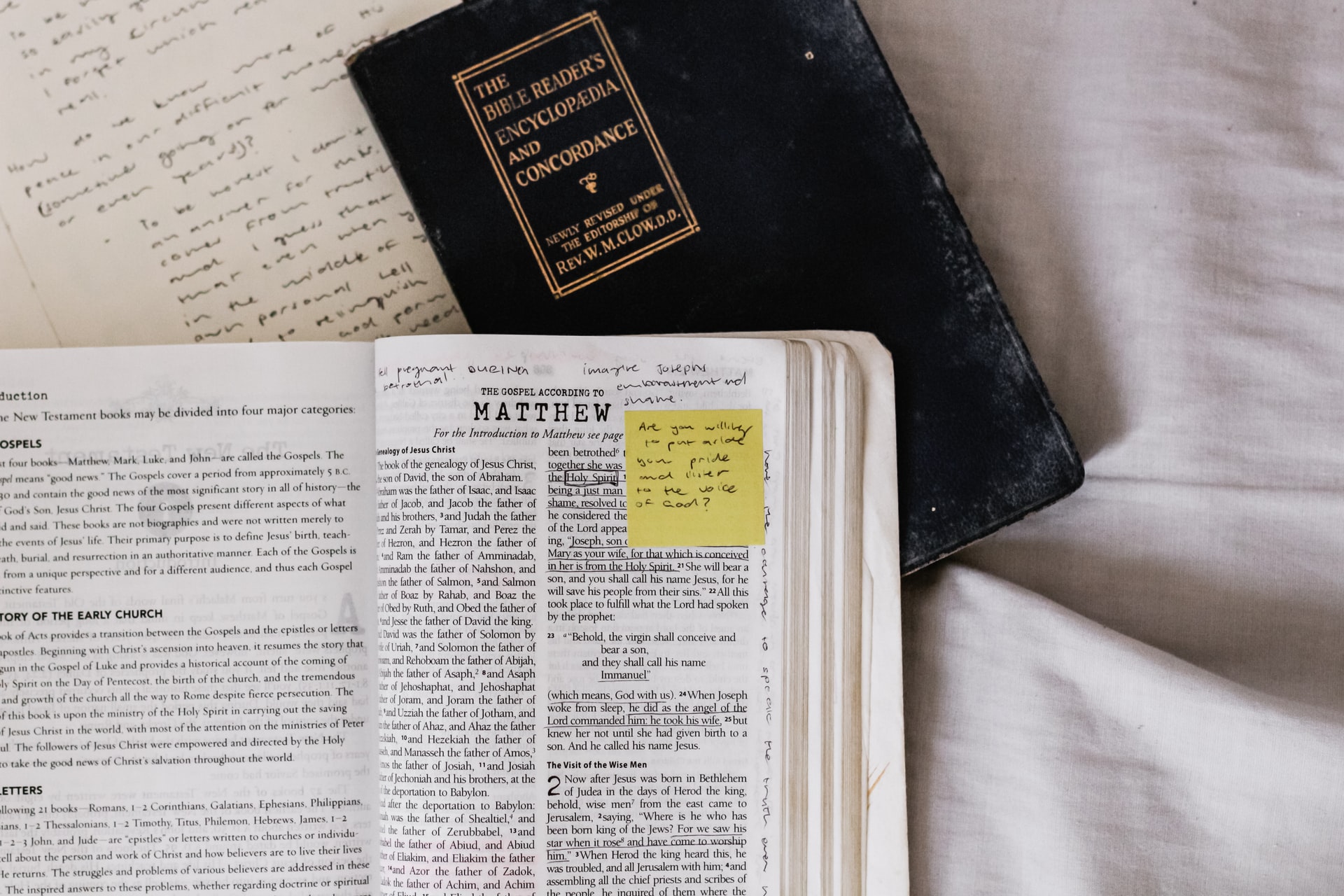 divine, as a Savior.”

This was difficult for my friend to accept. He had learned some things about Jesus but had never established communion with Him through reading His Word or through prayer. It was hard for him to believe that all men are sinners (as we studied in Lesson 4), or that there is an escape from sin.

He asked me many questions that day. Who is Jesus? How can He be human and divine at the same time? If He died, why do Christians say He is living? What is He doing now?

The best answers that I could find were in the Bible, the Word of God. In this lesson we will look at those same questions and find the answers that my friend wanted to know.

Jesus Christ is the visible manifestation of God to man. He chose to become like men so that we would be able to understand Him better and learn His plan of salvation for us. This choosing to become like a man meant that Jesus would have two natures in One Person, both human and divine.
Romans 1:3-4 says:

It is about his Son, our Lord Jesus Christ: as to his humanity, he was born a descendant of David; as to his divine holiness, he was shown with great power to be the Son of God by being raised from death.

To have a human nature, Jesus was born of a virgin named Mary.

The angel said to her, “Don’t be afraid, Mary; God has been gracious to you. You will become pregnant and give birth to a son, and you will name him Jesus. He will be great and will be called the Son of the Most High God. The Lord God will make him a king, as his ancestor David was, and he will be the king of the descendants of Jacob forever; his kingdom will never end!” (Luke 1:30-33).

The Word became a human being and, full of grace and truth, lived among us. We saw his glory, the glory which he received as the Father’s only Son (John 1:14).

Who is this Father mentioned in John 1:14? God is the Father of Jesus. Second Peter 1:17 tells
us,

He was given honor and glory by God the Father, when the voice came to him from the Supreme Glory, saying, “This is my own dear Son, with whom I am pleased!”

The name “Jesus Christ” also tells us of His divinity. When the angel said that the baby’s name would he Jesus, it was for a very special reason. Jesus means Savior. Matthew 1:21 says, “She will have a son, and you will name him Jesus because he will save his people from their sins.”

The name Christ has a special meaning too. It means “the anointed one” or “the Messiah.” Many years ago when a man was chosen to be king, oil was poured over his head as part of the ceremony. This pouring on of oil was called “anointing.” To call the Lord “Christ” or “the anointed one” meant that He was royalty. Messiah was the name the Jews gave to the king and deliverer for whom they waited. Simon Peter recognized Him as king and said, “You are the Messiah, the Son of the living God” (Matthew 16:16).

Jesus came into the world to save man from sin. Luke 19:10 says, “The Son of Man came to seek and to save the lost.” There was only one way He could save us by giving His life. “The Son of man did not come to be served, but to serve and to give his life to redeem many people” (Mark 10:45).

Redeem means to set free, rescue, save, or deliver. This is a wonderful promise to all mankind. But why did Jesus have to die to redeem us? If we remember the story of Adam and Eve, we will recall that God had told them that sin is followed by death. God cannot go against His own judgment against sin. If there is sin, someone has to die. So Jesus Christ came to die in the sinner’s place. No one else could do it because He was the only one who could conquer death.

Yet it was not easy even for our Lord. He, Who had been sitting on His throne with angels to carry out every command, Who created heavens and earth and man, became a servant. He permitted His creation to hurt Him, despise Him, and crucify Him on the cross of Calvary that they might be
saved. In 1 Peter 1:18-19 we read:

You know what was paid to set you free . . . It was not something that can be destroyed, such as silver or gold: it was the costly sacrifice of Christ, who was like a lamb without defect or flaw. 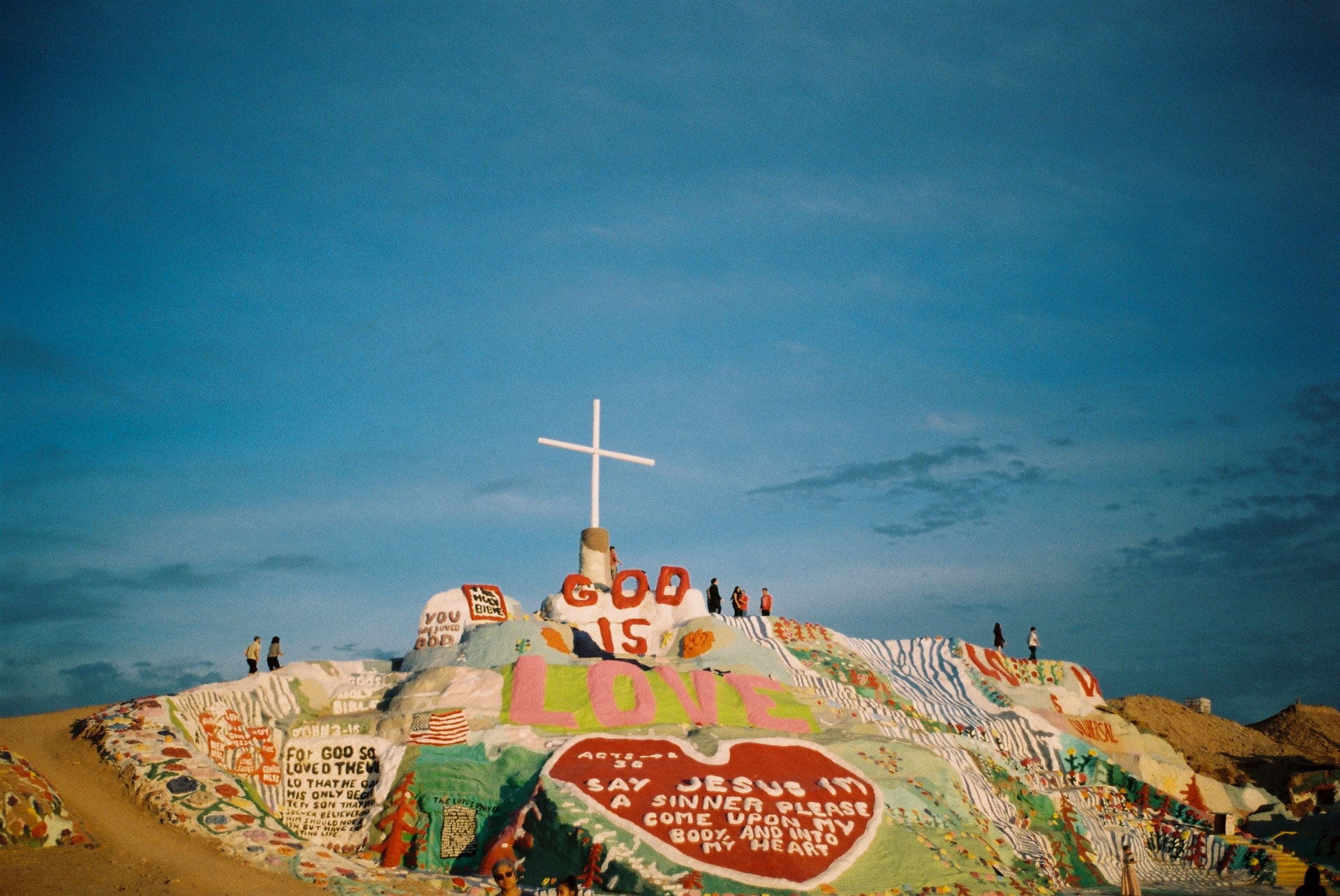 Are all men now saved since Jesus died for them? No, God never took away the privilege of choice. Each man still has to make his own decision. He has to accept Jesus as his personal Savior. Jesus said to His followers:

Go throughout the whole world and preach the gospel to all mankind. Whoever believes and is baptized will be saved: whoever does not believe will be condemned (Mark 16:15-16).

For God loved the world so much that he gave his only Son, so that everyone who believes in him may not die but have eternal life. For God did not send his Son into the world to be its judge, but to be its savior. Whoever believes in the Son is not judged; but whoever does not believe has already been judged, because he has not believed in God’s only Son (John 3:16-18).

Jesus died for us. There would have been no hope of salvation for man, however, if He had remained in the grave.

Many religions have built shrines at the tombs of their leaders. Inside are the revered bones of their dead. But the tomb of Jesus is empty because of the miracle that took place three days after His crucifixion. Jesus rose from the dead and was seen many times after his resurrection.

Jesus’ resurrection is one evidence that points to His being the Son of God. Romans 1:4 says, “He (Jesus Christ) was shown with great power to be the Son of God by being raised from death.”

After he showed Himself to many people and spoke words of encouragement to them, he ascended into heaven. This, also, was no secret because he ascended while His disciples were watching.

Then he led them out of the city as far as Bethany, where he raised his hands and blessed them. As he was blessing them, he departed from them and was taken up into heaven (Luke 24:50-51).

What is Jesus doing now? When He ascended He took His rightful place at the right hand of His Father. He talks to His Father about our needs. Let’s look at three verses that tell what He is doing now.

“We have such a High Priest, who sits at the right of the throne of the Divine Majesty in heaven” (Hebrews 8:1).

“If anyone does sin, we have someone who pleads with the Father on our behalf Jesus Christ, the righteous one” (1 John 2:1).

“And so he is able, now and always, to save those who come to God through him, because he lives forever to plead with God for them” (Hebrews 7:25).

How wonderful that the costly price has been paid for our redemption! After dying on the cross, rising from the grave, and ascending to be with His Father, He does not forget us. He is interested in us every day and wants to help us whenever we will allow Him to do so.

Jesus Christ will come back to earth again. We call this His Second Coming. The Bible tells us that before this takes place His church (all who have ever believed on Him) is caught up to meet Him in the air. This is called the Rapture. Sometime after the rapture He will come to earth again and establish His kingdom.

Believers look forward to the Rapture because then we will be caught up to meet the Lord and to be with Him forever. Acts 1:11 says, “This Jesus, who was taken up from you into heaven, will come back in the same way that you saw him go to heaven.” I Thessalonians 4:16-17 also states:

There will be the shout of command, the archangel’s voice, the sound of God’s trumpet, and the Lord himself will come down from heaven. Those who have died believing in Christ will rise to life first; then we who are living at that time will be gathered up along with them in the clouds to meet the Lord in the air. And so we will always be with the Lord.