There were those Jews who were willing to accept Greek culture, Greek athletics, and Greek drama.

We know that Greek athletes trained nude, and this is the origin of our English word gymnasium. However, some Jewish priests were so accommodating and desirous of acceptance in this Greek culture that they even went so far as to try to reverse their mark of circumcision, so they would not stand out among the other men training naked. A majority of the Jews, however, remained faithful to their God, although torture and abuse were soon to come.

In 168 B.C. Antiochus invaded Egypt, but instead of supporting him, the Roman government demanded that he return home. Abased and humiliated, Antiochus returned to Syria, but on his way he turned towards Jerusalem and captured it. It has been said that 80,000 Jews were killed and another 10,000 were sold into slavery. In his desire to unite his kingdom under all things Greek, Antiochus found himself in direct conflict with the remaining faithful Jews, who were the only people under his rule who would not submit to his edicts. Antiochus issued laws that prohibited Sabbath observations, the possession of Scripture, circumcision, and the keeping of dietary laws. These regulations were then followed by “the abomination that causes desolation” (Dan. 11:31)–a statue of the Greek god Zeus erected in the Jewish Temple, to whom Antiochus sacrificed burnt offerings of swine. Next, he ordered the Jews to sacrifice to the Greek gods and to eat unclean meats, especially pork.

The ancient historian Josephus (Antiquities of the Jews, 12:5,4) recorded what happened to those that defied these orders: “They were whipped with rods and their bodies were torn to pieces, and were crucified while they were still alive and breathed: they also strangled those women and their sons whom they had circumcised, as the king had appointed, hanging their sons about their necks as they were upon the crosses. And if there were any sacred book of the law found, it was destroyed; and those with whom they were found miserably perished also.”

One day Antiochus called in an aged priest named Eleazar and ordered him to eat pork, threatening him with torture if he did not.

When he refused to eat the pork, they stripped him naked and scourged him with whips, ripping the flesh off his back and legs. When he fell, they kicked him violently in the stomach to make him rise. Finally, the guards suggested that they bring him clean meat to eat, so that he would only have to pretend that it was pork. He refused, saying, “We should thus ourselves become an example 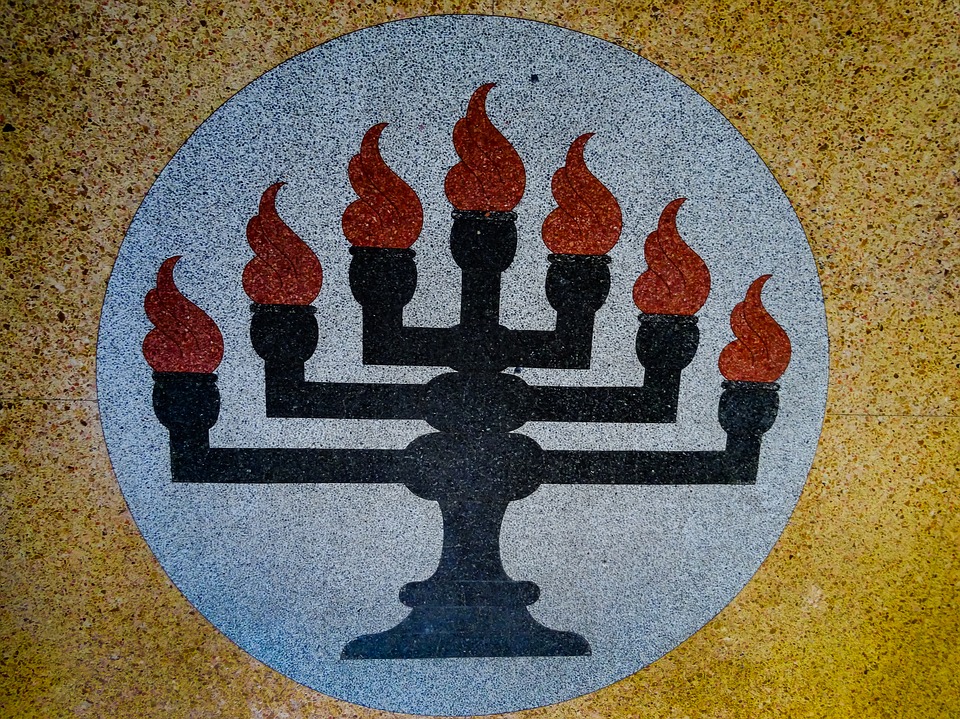 of impiety to the young, if we became to them an excuse for eating the unclean.” Finally they threw him alive on a fire and poured stinking liquids into his nostrils. As he died he declared, “I am dying by fiery torments for the law’s sake.”

Another story recorded in 4 Maccabees is one of seven brothers and their mother, all brought before Antiochus and confronted with the same demand as Eleazar: Eat pork or be tortured. They were shown “the wheels and racks and hooks and catapults and caldrons and frying pans and finger racks and iron hands and wedges and hot cinders.” The first brother refused to eat, and they lashed him and put him on the wheel until his bones were dislocated and fractured. They started a fire under this wheel but the drippings from his burning flesh extinguished the fire. He finally died faithfully, true to his beliefs. The second brother was bound, and men with spiked gloves tore his flesh from his chin and head, but he too died faithfully. The third brother was put upon the rack, and they dislocated his hands and feet. They fractured his fingers, arms, legs and elbows. Next they flayed him alive, but they could not get him to eat pork and betray the Law. The fourth brother had his tongue cut out and was similarly tortured, while the fifth brother was bound around the wheel, fastened to the catapult with iron fetters, and finally torn apart. The sixth brother they broke upon the wheel “while a fire roasted him from beneath. Then they heated sharp spits and applied them to his back; and piercing through his sides they burned away his bowels.” The seventh brother they roasted alive in a huge frying pan. All seven brothers and finally their mother died faithful to their beliefs.

The rebellion was started. These were the men who died for their faith, insuring its existence until the Messiah came and fulfilled everything that was written about Him in the Scriptures. Before the Messiah came, however, the people themselves turned on Antiochus. It came about one day as the agents of Antiochus went to a town called Modin and erected an altar, persuading the Jews to sacrifice to the Greek gods. They tried to get Mattathias, an influential and honorable man in the community, to set an example for the town by making a sacrifice, but he refused. When another Jew stepped forward to sacrifice, hoping to gain favor and save his life, Mattathias became angry, took this man’s sword, and slew him and the king’s commissioner as well.

The rebellion was started, the banner was raised, and Mattathias, his sons, and those who fought with them all took to the hills.

“So Mattathias and his sons fled into the mountains, and left all that they ever had in the city” (1 Macc. 2:28). Judas Maccabaeus and his friends lived in the mountains, after the manner of beasts (2 Macc. 10:6). “Others, who had run together into caves nearby, to keep the Sabbath day secretly, being discovered . . . were all burnt together” (2 Macc. 6:11 ).The author of Hebrews briefly describes what every reader already knew, saying “the world was not worthy of them. They wandered in deserts and mountains, and in caves and holes in the ground”(11:38). Simply stated, a life of faith is no guarantee of a life of comfort.

What we also see in this passage is that there is no room for the demonic theology that says, “If you had enough faith, God would deliver you from all your troubles, and you wouldn’t have to suffer.”

All the people in this chapter were commended for their faith. 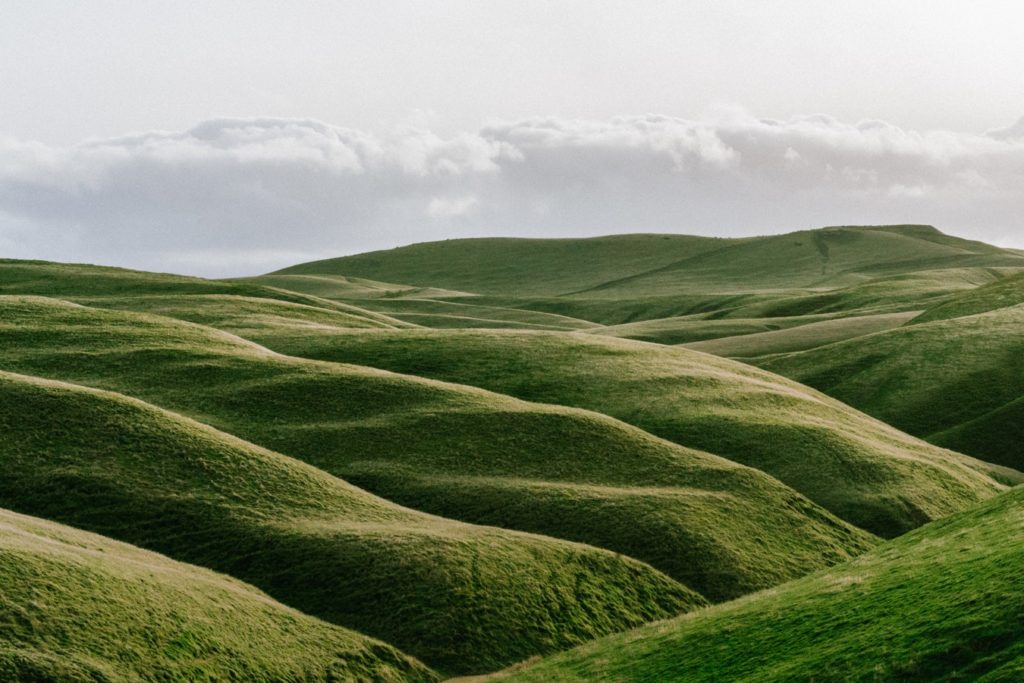 Some were tortured and lived to tell about it. Some were tortured and died at the hands of their captors. Some were actually delivered completely from the hands of their enemies. But no matter what happened, all were commended for their faith, especially those who died in captivity. How then, could anyone think that people such as these would have received an even higher commendation by God had they possessed just a bit more faith? Verse 39 says, “These were all commended for their faith, yet none of them received what had been promised.” Do we hear what has been said? These were men and women commended for their faith although they never fully received from God what He had promised. Would they have gotten a higher commendation had they actually received all of God’s promises?

Astonishingly, some are preaching today that if Paul had possessed enough faith, he wouldn’t have gone through all his hardships.

This is the theology of ignorant, self-deceiving, and deluded individuals, who are not reading God’s Word in order to see how they may obey it, but to see how they may manipulate it for their personal comfort. These same people then gather with other like-minded individuals who also have no desire for the full Gospel of Christ, and they call themselves a church. They come from many different denominational backgrounds, all of which were preaching a Gospel that did not tickle their ears, and they have gathered in many different places–because even they have trouble getting along with one another! There they sing comforting songs and listen to preaching that doesn’t confront their sins. Then, wrapped up in their own secure blanket of soft gospel teaching, they call out to other churches in the area to unify under the name of Jesus, “our common denominator.”

It is strange, but I don’t recognize the Jesus that they are speaking about, the Jesus they claim to worship, the Jesus they say “loves me just as I am, and He doesn’t expect me to change.” I write them letters and tell them so. I tell them why I won’t fellowship with such “churches” that have a rebellious spirit and a history of splitting off from so many other “churches” that you need a scorecard to keep track of them all. They ignore me and do not want to hear that they may actually have caused the lack of unity they are now trying to fix. 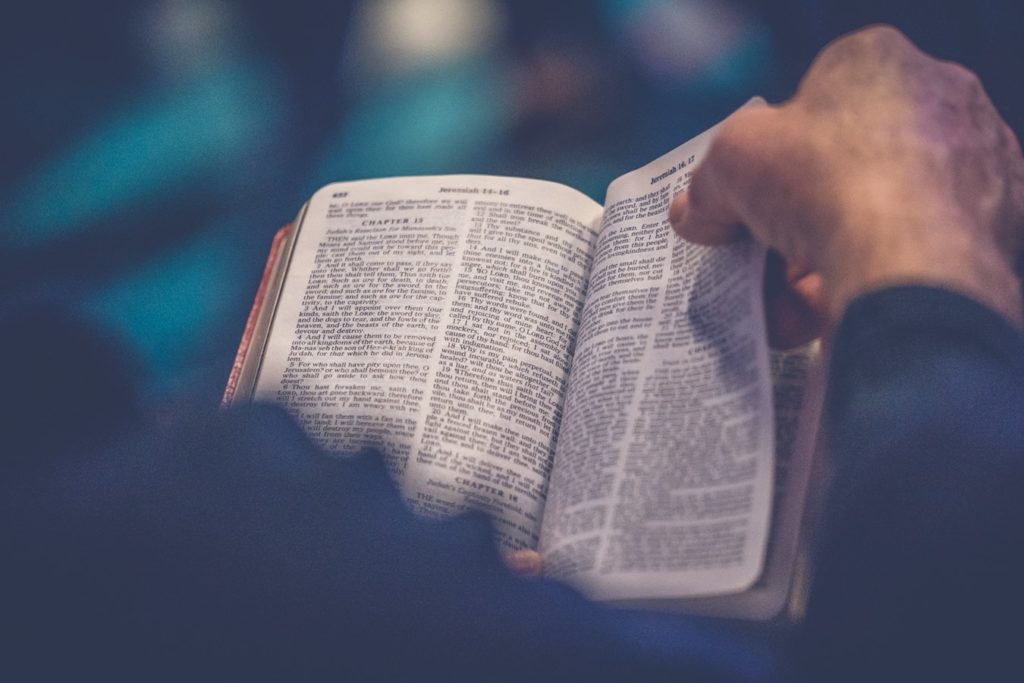 Such people wonder why they are not ready for the trouble that comes with claiming the name of Jesus. It is sad to see people who claim to know and worship Jesus but do not obey His Word sufficiently to gain the faith it takes to live the Christian life. So they fall away by the dozens when hard times come. Others blame their difficulties on their current pastoral leadership and take off looking for another “church” to comfort them in the horror of their persecution, completely forgetting about the Jesus who died to set them free from their fears.

You’ll see none of that whitewashed, watered-down gospel living in Hebrews chapter 11.

Instead, you’ll see men and women living such a life of trouble because of their faith that in the end they “were all commended for their faith, yet none of them received what was promised”(v. 39). God never forgets any of His faithful servants or their work prompted by faith, hope, and love.

Why didn’t they receive the “promise?”

Only in Christ will the Old Testament saints and the New Testament saints be joined together in their common faith in Him, on that Day when all the faith, all the hope, and all the anticipation will be consummated in Christ’s revelation of Himself to His glorified Church.