“And what more shall I say?

I do not have time to tell about Gideon, Barak, Samson, Jephthah, David, Samuel and the prophets, who by faith conquered kingdoms, 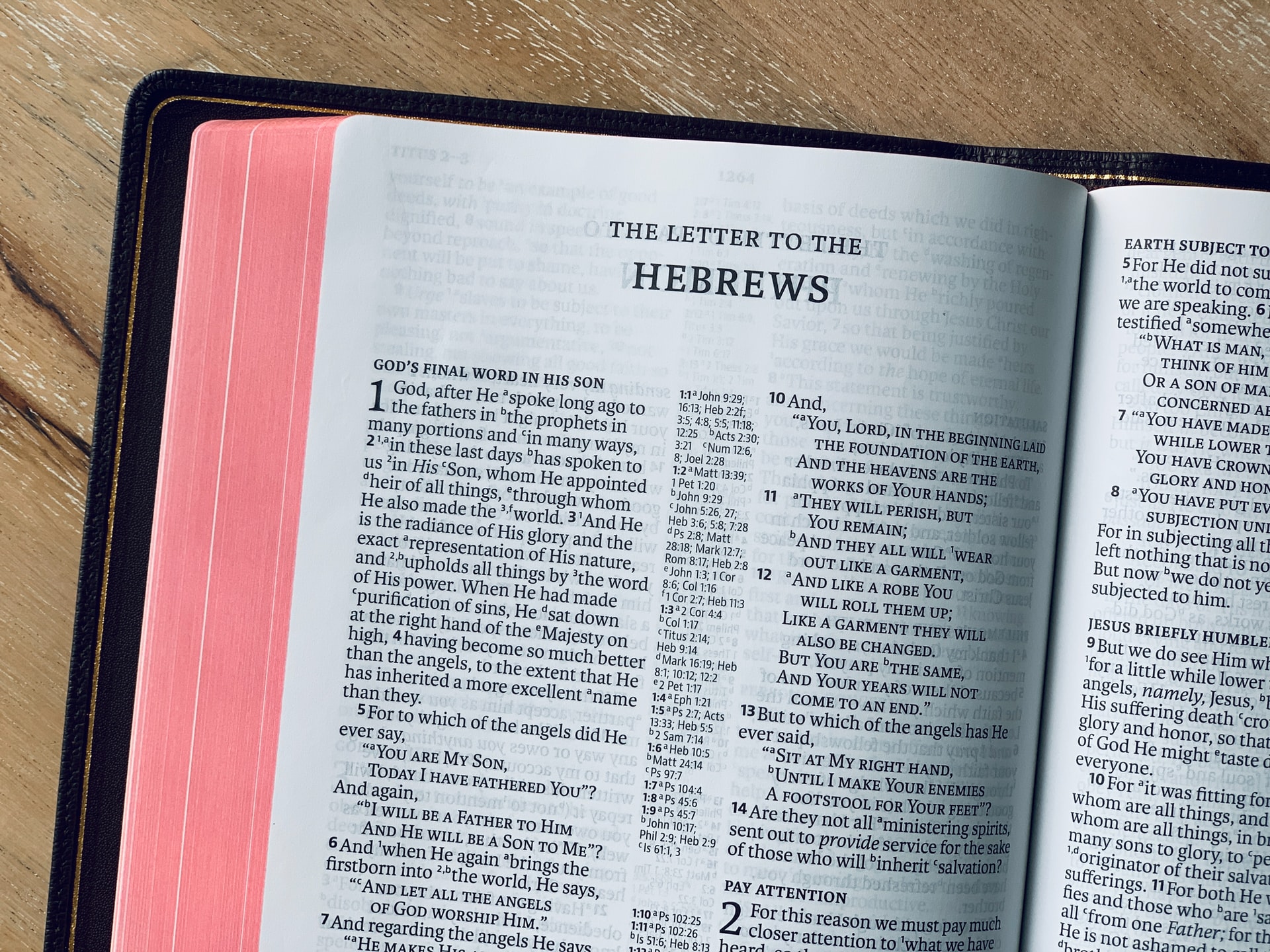 administered justice, and gained what was promised; who shut the mouths of lions, quenched the fury of the flames, and escaped the edge of the sword; whose weakness was turned to strength; and who became powerful in battle and routed foreign armies. Women received back their dead, raised to life again. Others were tortured and refused to be released, so that they might gain a better resurrection. Some faced jeers and flogging, while still others were chained and put in prison. They were stoned; they were sawed in two; they were put to death by the sword. They went about in sheepskins and goatskins, destitute, persecuted and mistreated–the world was not worthy of them. They wandered in deserts and mountains, and in caves and holes in the ground. These were all commended for their faith, yet none of them received what had been promised. God had planned something better for us so that only together with us would they be made perfect.” (Heb. 11:32-40, NIV)

The author of the Book of Hebrews now comes to that list of people who made faith within the difficulties and hardships a way of life–a life that ultimately directed itself toward “a better country–a heavenly one” (11:16), a country that proves to be the ultimate end of our faith.

Perhaps this is one reason why we have trials and tribulations on earth.

Since this world is not our true and final home, God encourages us not to get too comfortable. He moves us from place to place, both spiritually and physically, endeavoring all the while to mature us in His holiness.

Somewhere down the line, however, we all come to the place where we tire of our travels and start to complain. We long for comfort, routine, systems, and traditions, and we don’t want anything to disrupt our hard-earned, calm, bucolic lifestyle. We are impatient with the hardships and bone-weary of the constant difficulties. We want to be settled and secure and to be done with the constant struggle of just making it from one day to the next. At this point God offers us an interesting set of instructions: “Keep walking, children, for there are snakes in this land. Don’t get comfortable here, for I’ve a better place prepared for you. Walk with the faith I have provided for you. Look to My Son and see the salvation of the Lord.” (See Num. 21:6-9.)

Each and every faithful servant of God, Scripture tells us, faced and will face various types of trials.

Some, as our author points out, had faith that God used to deliver them from trouble (Heb.11:29-33). Sometimes their faith sustained them in their troubles (vv. 33-35), and there are even times when faith was needed to strengthen them while they died in their troubles (vv. 35-38). This was an important teaching to the original readers of this letter, for many of them were either experiencing or knew people who had experienced trials similar to the ones listed by the author. Although many of those readers could fill in the names of the events mentioned, two thousand years and many cultural changes have dimmed our understanding of the particulars referred to by the author. It is important for us to take time and dig deeply into the history of these faithful people, for they share with us the same end, to “be made perfect” (v. 40).

Jeremiah was once delivered from the swordThe first list of people shows us individuals “who through faith conquered kingdoms, administered justice, and gained what was promised” (v. 33). Joshua and David conquered kingdoms; David, Solomon, and the judges administered justice; and every leader from Joshua to Solomon gained in small part what God had promised. We see that Joshua and Rahab had faith that shielded them from trouble. But there were also those who were delivered from the very midst of trouble. David and Daniel “shut the mouths of lions”(v. 33), while Hananiah (Shadrach), Mishael (Meshach), and Azariah (Abednego) “quenched the fury of the flames” (v. 34). Elijah, Elisha, and Jeremiah all “escaped the edge of the sword.” Gideon and Esther saw their “weakness was turned to strength,”and Joshua, David, Gideon, and the Maccabees all “routed foreign armies.” The Bible speaks of at least seven women who received back their dead: Elijah’s hostess (1 Kings 17:17-24), Elisha’s hostess from Shunem (2 Kings 4:18-37), the widow of Nain (Luke 7:11-14), Mary and Martha (John 11), the woman Tabitha (Acts 9:36-41), and of course Mary, the mother of Jesus.

So far we have seen faith that knows God’s salvation and His deliverance.

But there is another level of faith, and that is the faith that sees us through death. Both the author of Hebrews and his readers were familiar with people who had suffered for their faith, even to the point of death. Faith knows God can deliver, but it also determines that if God does not, they will still worship and love Him, and only Him. As the three friends of Daniel said to Nebuchadnezzar, “If we are thrown into the blazing furnace, the God we serve is able to save us from it, and he will rescue us from your hand, O king. But even if he does not, we want you to know, O king, that we will not serve your gods or worship the image of gold you have set up” (Dan. 3:17-18).

Jeremiah was once delivered from the sword (Jer. 36:19, 26), only later to be stoned to death, as were Zechariah (2 Chron. 24:20-24) and Stephen. Tradition tells us that Isaiah was “sawed in two.” We must learn now that faith does not dictate the ways and purposes of God. Herod Agrippa I “had James, the brother of John, put to death with the sword”(Acts 12:2), but Peter escaped Herod’s grip. Everybody who heard the letter to the Hebrews knew of people who had faced jeers and flogging or were imprisoned (11:36), and all had heard about their ancestors who “went about in 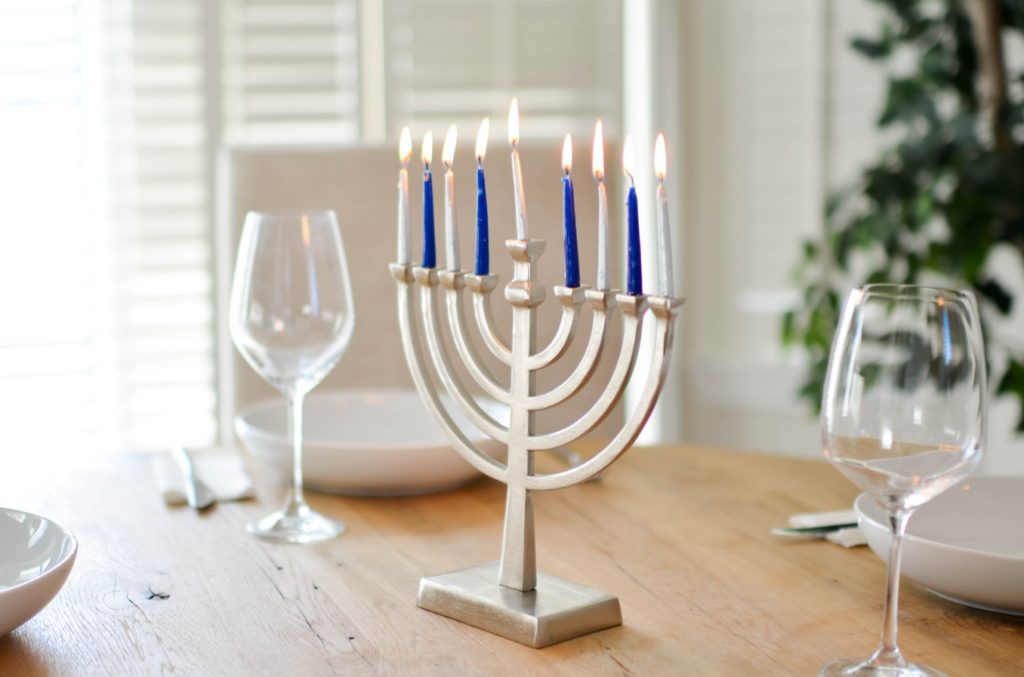 sheepskins and goatskins, destitute, persecuted and mistreated. . . . They wandered in deserts and mountains, and in caves and holes in the ground” (vv. 37-38). The author is referring to the people who struggled against the tyrant Antiochus IV, surnamed Ephiphanes (God manifest), a wicked man and the author of some of the most heinous crimes ever committed against the Jewish people.

As recorded in 1, 2, 3 and 4 Maccabees, books that describe some of the history of Israel that occurred between the writing of the Old and the New Testaments, the Maccabean struggle is one with which every Christian should become familiar. The Maccabees were for Judaism what the signers of the Declaration of Independence were for Americans; for if in that horrible time of killing the Maccabees had not stood up for their faith, it is doubtful that there would have been a Judaism in which Jesus could come and finish His work.