Does God Really Have a Design?

Does God Really Have a Design?

So many things seem to happen by chance!

In Egypt there are great monuments called pyramids. They are immense and have stood firmly for thousands of years. Their building stones fit each other so perfectly that often mortar was not needed to hold them in place. Could they have been built by just piling stones together? No, we know it 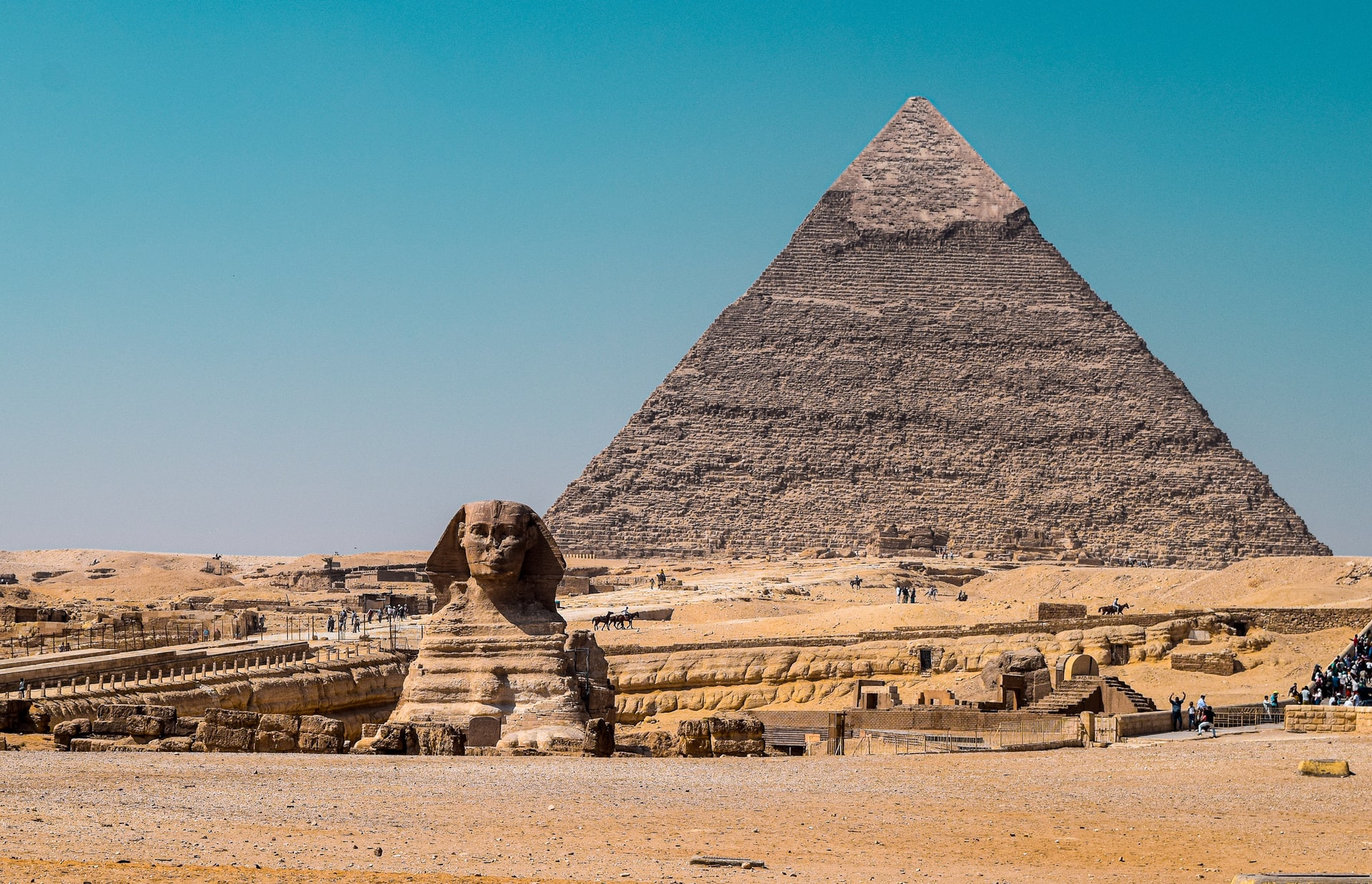 Somewhere there was a master builder who knew before he started how the final monument would look. He designed it. He planned, made sure the material was there, then directed thousands of men to be certain that each one did his task. No doubt many problems developed as they worked together. Some may have quit; others did not do their part. But the master builder continued until the pyramid was finished.

Imagine thousands of men with huge piles of stones. What would have been made with no design? In this lesson you will learn about God’s design. What is more, you will find out that God has a design for you.

God has a Design for Everything

God has a design for everything. He told Job that He had designed how deep the oceans would be, when the sun would come up, and how big the earth would be. He designed the stars and created the lightning. God even designed how animals give birth! He put strength in the ox and majesty in the horse. He made the eagle so it could soar to the highest mountains (Job 38–39).

God designed everything, and humankind was the fi nest part of His design. He gave special attention to His design for people because He had a special purpose for them.

God has a design for humankind, but not every person has chosen to do what God has planned. Actually, the Bible says that each one has chosen to do what he or she wants (Romans 3:23). But even this has not changed God’s plan! You have learned in your own experience that God has given you and all people the opportunity to be part of His great design through His salvation. We can cooperate with Him and one day be like Him.

God has a Design for People

A design for something has certain features or characteristics. For example, the design for a house includes plans for it to have walls, windows, doors, and rooms. We have said that God has a design for people. What are the characteristics of His design?

David was one of the leaders of God’s people. He wrote many of the psalms in the Bible. In Psalm 139 he said that God knew both his actions and his thoughts. God even knew what he was going to say before he said it. God had made David. He had formed him in his mother’s womb.

God made not only David; He also made you. He loved David even though He knew everything about him. He loves you in the same way, though He knows everything about you. He planned for your birth, your salvation, your life, and even your eternity. If you will cooperate with Him and choose to try to follow His plan for your life, He will effectively and actively guide you (Philippians 2:13).

The people in the world belong to many races and nationalities. Think of the variety of types of hair, shapes of eyes, and color of skin. And within each race we look different from one another. We have different ideas; we like different kinds of food. Isn’t it good that God made us as individuals?

The real truth is that God designed the differences we see. He planned us to be different, to be individuals. This is one of the wonderful things about His design. When we feel sometimes that no one else is exactly like us, it is because that is true!

Can we think back to the pyramid that we talked about? It is not important for all the stones to be alike. They may be different sizes and shapes. It is important for them to fit together. They all must be made so they are usable. This means that each one must be shaped according to the builder’s design.

In the same way we must be shaped according to God’s design, and this design involves a standard or pattern. Ephesians 4:13 tells us that the standard for our lives is the “height of Christ’s full stature.” This is the goal toward which God is leading us through the teaching of His Word. As we allow Him to work in us, He changes us according to the standard and pattern of His Son. After all, we are His children. We should want to resemble Him.

This does not mean that we cease to be individuals. That is, God is not making each of us Christ’s twin, but Christ’s “brother” (Romans 8:29). When children grow up, they are mature like their parents and even know as much. In many ways they think like their parents. They may even begin to understand why their parents disciplined them, taught them, and often allowed them to face their own problems. But they are still individuals.

If we honestly learn to obey Jesus Christ, one day we will be like Him. This means that all of our present limitations will be taken away. We will know God in a full, complete way. We will understand His purpose perfectly. We will love Him with a perfect love. The glory that is in Christ will be our glory (Romans 8:30).

When we are like Him, when we know Him like He knows us, when His glory is ours, then we will have perfect fellowship. 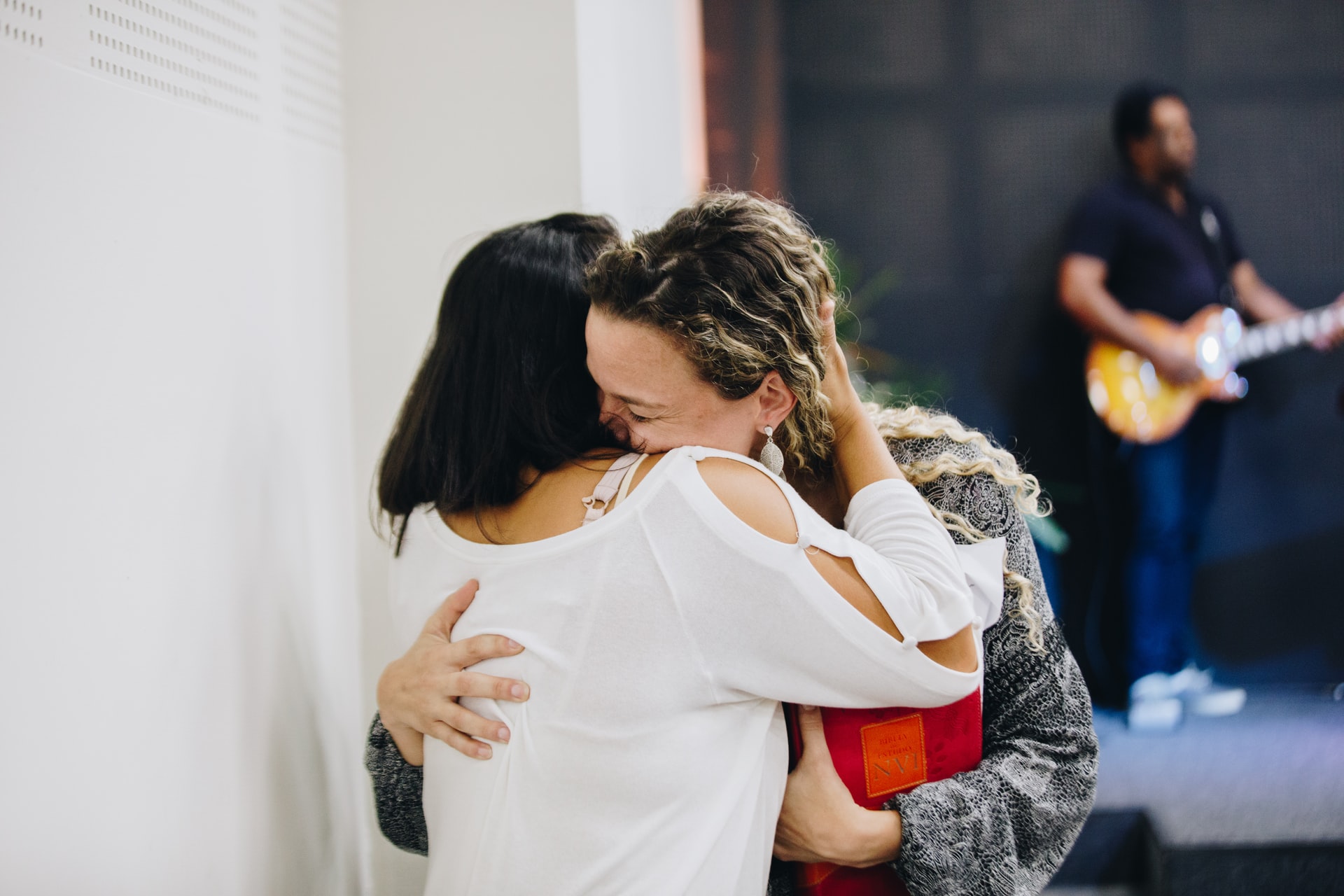 It is clear that God’s plan or design for people is a plan of togetherness—together with Him and together with each other. It is reasonable, then, to expect that the design God has for us individually will not go against what He plans for others and for the rest of creation.

As we begin to discover what God intends for us, we will see that He always has these two things in mind: (1) our individual development with Christ as our pattern and (2) the development of our relationships with others who are in cooperation with God’s design.

Others have Experienced God’s Design

The Bible tells us about many people who experienced God’s design in their lives. Let us consider the accounts of some of these people and what their experience teaches us about God’s design.

The Disciples of Jesus

When Jesus was on earth, He chose from among all His followers twelve disciples to be with Him (Mark 3:13-15). This was the key to His plan—He would be with them and, by being with them, would change them. He chose them carefully, after spending all night in prayer (Luke 6:12- 16). He also had a plan: to do the work the Father had sent Him to do (John 17:4).

The final goal in the plan of Christ for His followers was for them to be in perfect unity with each other and with Him (John 17:20-23). Yet when we read the stories of these various men in the Bible, we see immediately that they were not all alike.

Two were known as “Men of Thunder” (Mark 3:17). John, one of these, was also called “the one whom Jesus loved” (John 13:23). Peter, it appears, several times needed to have more patience shown to him than to the others. Nathanael was spoken of as having nothing false in him (John 1: 47).

The men came from different professions and backgrounds—from fishermen to tax collectors. And they kept their individual personalities. Yet being with Christ brought them together. They became known as the “twelve apostles.” In the book of Revelation, we read that their names are written on the foundations of the city of God (Revelation 21:14). 12

The great man of God whom we know as Paul the apostle was known earlier in his life as Saul of Tarsus. At one time he hated Jesus Christ and anyone who followed Him. He was even responsible for the murder of Christians, for he thought they were blaspheming God. When God finally spoke personally to Saul, he was going to a city with letters that allowed him to arrest the followers of Christ.

Later on, when Paul looked at his earlier life, he called himself the worst of sinners (1 Timothy 1:15). If God’s process could work in him, it will work in anyone who will submit himself/herself to it. In 2 Timothy 4:7-8 Paul expresses to his young friend Timothy the confidence he had at the end of his life. He said that he had finished the race and kept the faith. As a result, he was sure that there was a prize ready not only for him, but also for all who would do the same.

You can Experience God’s Design

God’s plan for you is as complete and personal as it was for each of the twelve disciples. The same closeness He had with them He wants with you (John 17:21). He is working in the same way in you and your circumstances as He worked in them and in their circumstances. And as the life of Paul shows, God can fulfill His purpose in your life no matter what failures you may have had.

Once you realize that God has a design for you, your outlook will be changed. You will begin to view differently some of the things that happen in your life.

Carpenters change the shape of wood with a chisel or a saw; they smooth it with sandpaper. A diamond does not reach its full value until the master jeweler has cut away the worthless part with a chisel. Maybe God is working on you with special attention! We feel at times that we have been hammered, sawed, and sand-papered. We usually think that these things are happening simply because of “luck,” people, or the situation we are in. Our reaction would be different, no doubt, if we believed they were part of God’s process in our lives.

Romans 8:29-30 tells us about the process into which the events of our lives fit. Remember we studied the fact that God knows all about us? His plan for our lives begins there:

As you continue to study this course, you will look at some ways God uses to change us. In particular, you will look at how some circumstances can help us know what His will is. But from the beginning, keep one thing in mind: God is bigger than any circumstance. He will use everything that happens to you to reach His final goal if you cooperate with Him (Romans 8:28).