My extended family is solidly rooted in the Pacific Northwest.

The sweep of the valleys and farmland, the rising hills, the cities, the majestic mountain peaks have been the familiar, comfortable backdrop of our lives for over a century now. 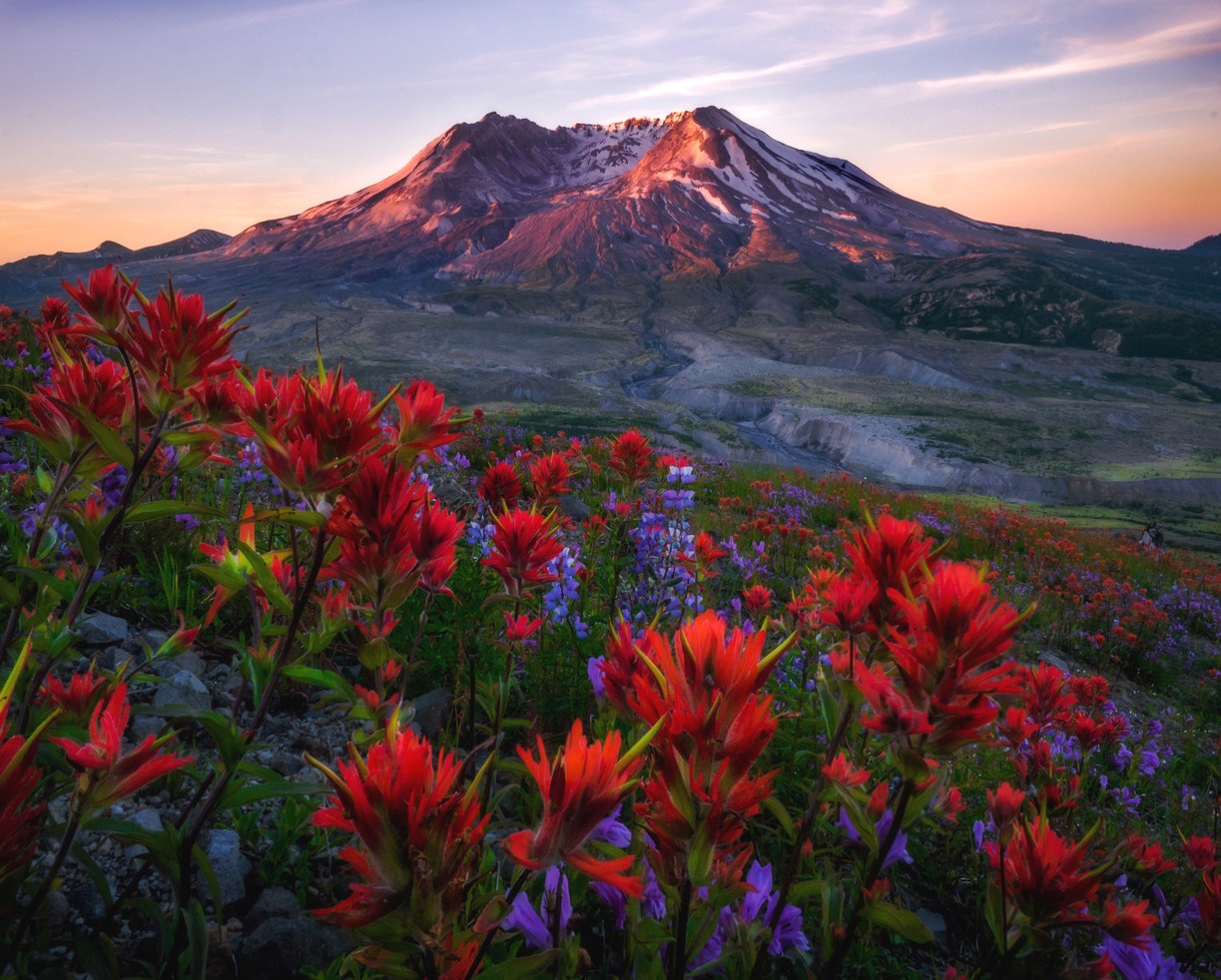 I spent my childhood attending a small rural school in western Oregon.

From the front porch of the one-room schoolhouse one could look out across the hills sloping away toward the Willamette Valley and see Mount St. Helens on the horizon. It was a perfect mountain, its symmetrical, cone-shaped sides perpetually snow-capped. Of all the mountains we could glimpse on clear days from our location in the Cascade foothills–Hood, Adams, St. Helens, and even Rainier–St. Helens was the most beautiful.

Over twenty-five years later the sight of the lumpy, rounded mound on the horizon sometimes startles me. How can something as seemingly solid and immutable as the very mountains be subject to such catastrophic change?

There have been less dramatic, but still powerful reminders of the Northwest’s instability even more recently. A dozen years ago we had the “Spring Break Quake,” an earthquake with the epicenter near my hometown south of Portland, Oregon. I recall being awakened by a sound like a freight train and the rocking of the bedroom walls. Even as my groggy brain registered “earthquake,” another part of me registered stunned disbelief: “How can this be?”

I sometimes think we Northwesterners live in a state of perpetual denial. We know our area is situated on the notorious Ring of Fire, the volcanically active circuit of the Pacific–and most of the peaks visible on the horizon have been or are now active volcanoes–yet we build, plan, dream, and live as though this life’s security weren’t an illusion. But then, we are typical of the human race, are we not?

“How can this be?” we cry, when some earthly institution or relationship we perceived as strong and stable, as immutable as the hills, crumbles before our eyes. How like a mountain blowing apart it is for a twenty-five-year marriage to suddenly end in betrayal. And bereavement! Even years afterward we are brought up short at odd moments, startled by the enormity of our loss, the inconceivable change to our personal landscape.

In the Northwest, the past clearly shows a history of instability, and the future doesn’t look much better.

There have been long-standing rumors, scientific prophesies (and more than a few religious ones) predicting major eruptions and earthquakes for our region in the coming years. The idea of a “Big One,” a catastrophic earthquake with attendant eruptions and tsunamis, has lately been gaining publicity and controversy. So, knowing our lives are perched precariously on a Ring of Fire, how do we live? In a constant state of fear? One of the symptoms of those experiencing Post Traumatic Stress Disorder is “hypervigilance,” a state of intense alertness and anxiety. While denial and illusion is hardly the state our Creator intended for us, neither is hypervigilance.

“I will lift up my eyes to the hills–from whence comes my help? My help comes from the Lord” (Psalm 121:1-2, NKJV). The hills, the mountains–our geographical ones or the human institutions and relationships we sometimes trust–are not our source of security. “‘The mountains shall depart and the hills be removed, but My kindness shall not depart from you'” (Isaiah 54:10, NKJV).

“God alone, is our source of security”

Perhaps here in the Northwest we have an advantage, if we could perceive it. All around us we have a graphic geological metaphor for the reality of earthly existence. If mountains can blow up, is anything permanent? We have only to lift up our eyes to the hills, here in the Northwest, to be reminded that God, and God alone, is our source of security and safety. “Therefore we will not fear, even though the earth be removed, and though the mountains be carried into the midst of the sea” (Psalm 46:2-3, NKJV).