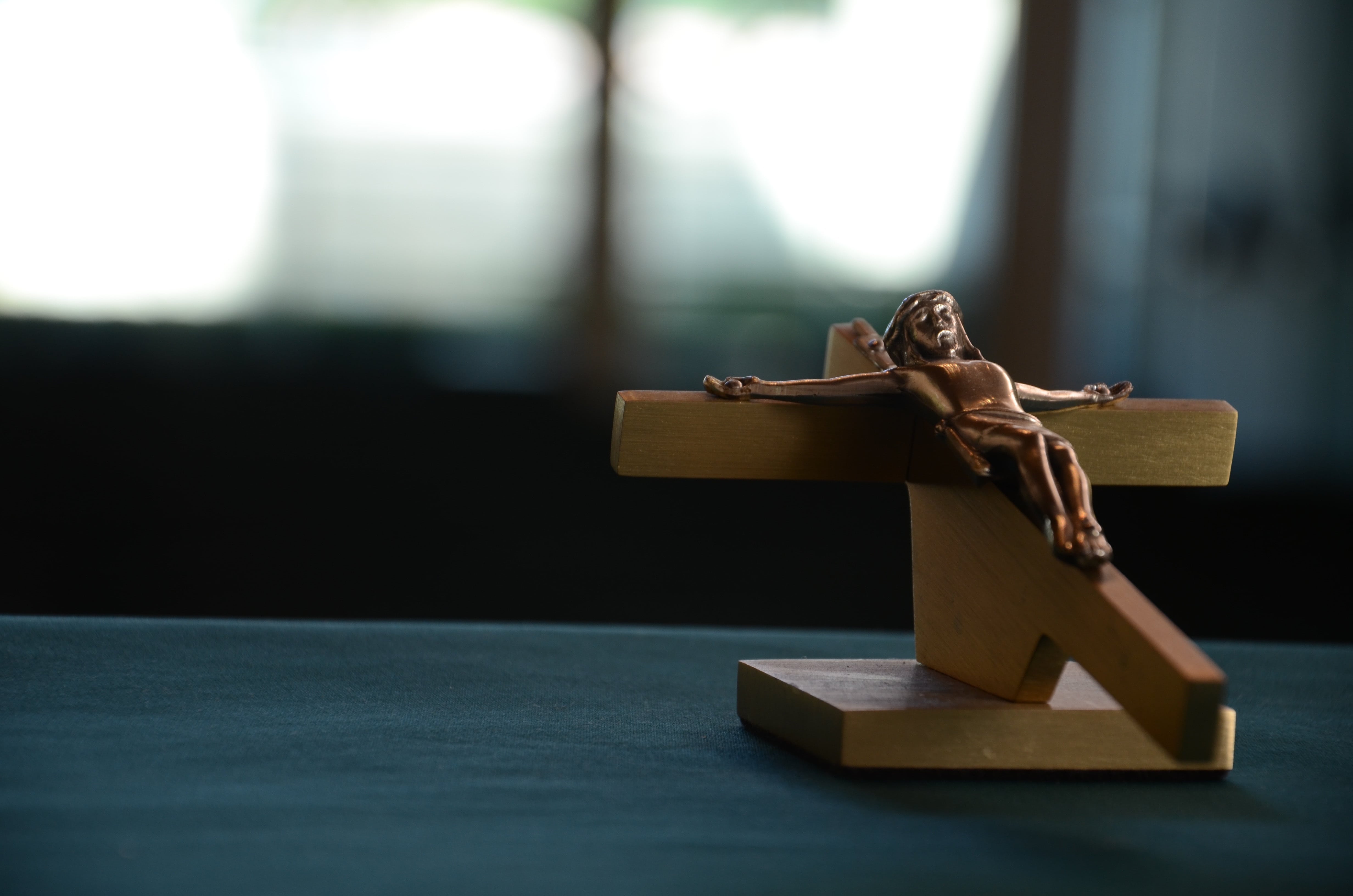 Someone recently sent me a letter stating that Jesus was not divine. He believed that God had created Jesus as a human being in Mary’s womb, and prior to that Jesus did not exist. Furthermore, he claimed that Jesus never said that He was God. Although the person acknowledged that Jesus had lived a perfectly sinless life and had died on the cross for our sins, he contended that Jesus was merely a mortal man.

Many in our contemporary culture believe that Jesus was just a good man. They suggest that we should follow His wise teachings, but reject His divinity and His sinlessness.

What does the Bible say about Jesus?

Jesus was always present with God. The Hebrew word Elohim, which is plural, is used repeatedly in Genesis 1 to refer to God, signifying the plurality of persons in the Godhead. In verse 26, God says, “Let us make man in our image, in our likeness” ( Genesis 1:26 NIV).

John’s Gospel takes us literally behind the scenes and informs us that before our Lord was known as Jesus, He was known as the Word, the Logos. John 1:1 explicitly states, “In the beginning was the Word, and the Word was with God, and the Word was God.” The phrase “in the beginning” is essentially the same as that of Genesis 1:1 and refers to the indefinite eternity that preceded all time. Thus, the Logos always existed. Shortly before His crucifixion, Jesus prayed, “Father, glorify me in your presence with the glory I had with you before the world began” (John 17:5 NIV).

In addition, the Logos not only was with God, but He actually was God the Creator. According to John 1:3, through Jesus all things were created; nothing was created apart from Him. Colossians 1:16 and Hebrews 1:2 state that the Son (Jesus Christ) is the agent of Creation. John 1:10 clearly says that the world was made through Him.

2) Jesus Claimed to Be God

Colossians 1:19 states that God was pleased to have all His fullness dwell in him [Christ]. John 1:18 implies that the Son is the fullest expression of God’s life and love; as such, He radiates God’s real character. The term only begotten (KJV) or the One and Only (NIV) is translated from the Greek word monogenes, which means only or unique. John used this term to point to Christ’s uniqueness. Christ has no equal.

Jesus claimed equality with God by using His name “I AM”, the name by which God had revealed himself to Moses (Exodus 3:14, NIV). “‘I tell you the truth,” Jesus told the Jewish leaders, “before Abraham was born, I am!” (John 8:58 NLT). The religious leaders understood that Jesus was claiming to be God. They picked up stones to stone Him, the penalty for blasphemy.

3) Jesus Had to Be Perfect

The name Jesus is a transliteration of the Hebrew Yeshua, which means Jehovah saves. But someone may ask, “If God sent Jesus to be our Savior, does it matter whether Jesus was divine? Can’t we still be saved from our sins by accepting Him even if Jesus was only human?”

If Jesus’ claim to be God was a lie, then Jesus did not live a sinless life. God’s justice demanded a perfect sacrifice for our sins. If Jesus had sinned, then He would need a Savior! Therefore, His death on the cross could not save us from our sins. Only if Jesus was the sinless God could He bridge the gap between God and men. 1 Peter 2:22 NIV states “He committed no sin, and no deceit was found in his mouth”. Jesus was holy, blameless, pure, set apart from sinners, exalted above the heavens (Hebrews 7:26).

Jesus said that when He comes in His glory, He will sit on His throne as Judge. Not everyone will enter heaven. “Many will say, ‘Lord, Lord, did we not prophesy in your name, and in your name drive out demons and perform many miracles?'” But Jesus will tell them plainly, “‘I never knew you. Away from me, you evildoers!'” (Matthew 7:22–23 NIV).

As Paul told the Galatians, “But even if we or an angel from heaven should preach a gospel other than the one we preached to you, let him be eternally condemned!” (Galatians 1:8 NIV). If anyone teaches that Jesus is merely a man, they are preaching a false gospel and will be judged accordingly.

It is important for us to let the truth of the Word of God (the Bible), of who Jesus really is, change our lives and free us from our sin. We can escape the confusion of this world, including the many false teachings concerning Jesus, by surrendering our lives to Him and allowing Him to be the Lord of our lives.

We know who He really is when we know Him through the forgiveness of our sins. The Bible teaches that Jesus is the Savior of the world.

Jesus came into the world to save us. The Bible says that Jesus took our place on the cross. Our sins were placed upon Him so that we can now be forgiven. Jesus was buried and three days later He arose from the dead and now is in heaven at God’s right hand praying for us.

We must stop going our own way, stop trusting in anything but Jesus, and begin to follow Him. He will, through the Word of God, lead us into all truth. The truth sets us free!

Please contact us by clicking one of the buttons below if you desire to follow Jesus, have a question or a prayer request.