Eli paused as he walked across the backyard. Government Secret Agent, he decided. While either game meant he would explore the world, unraveling 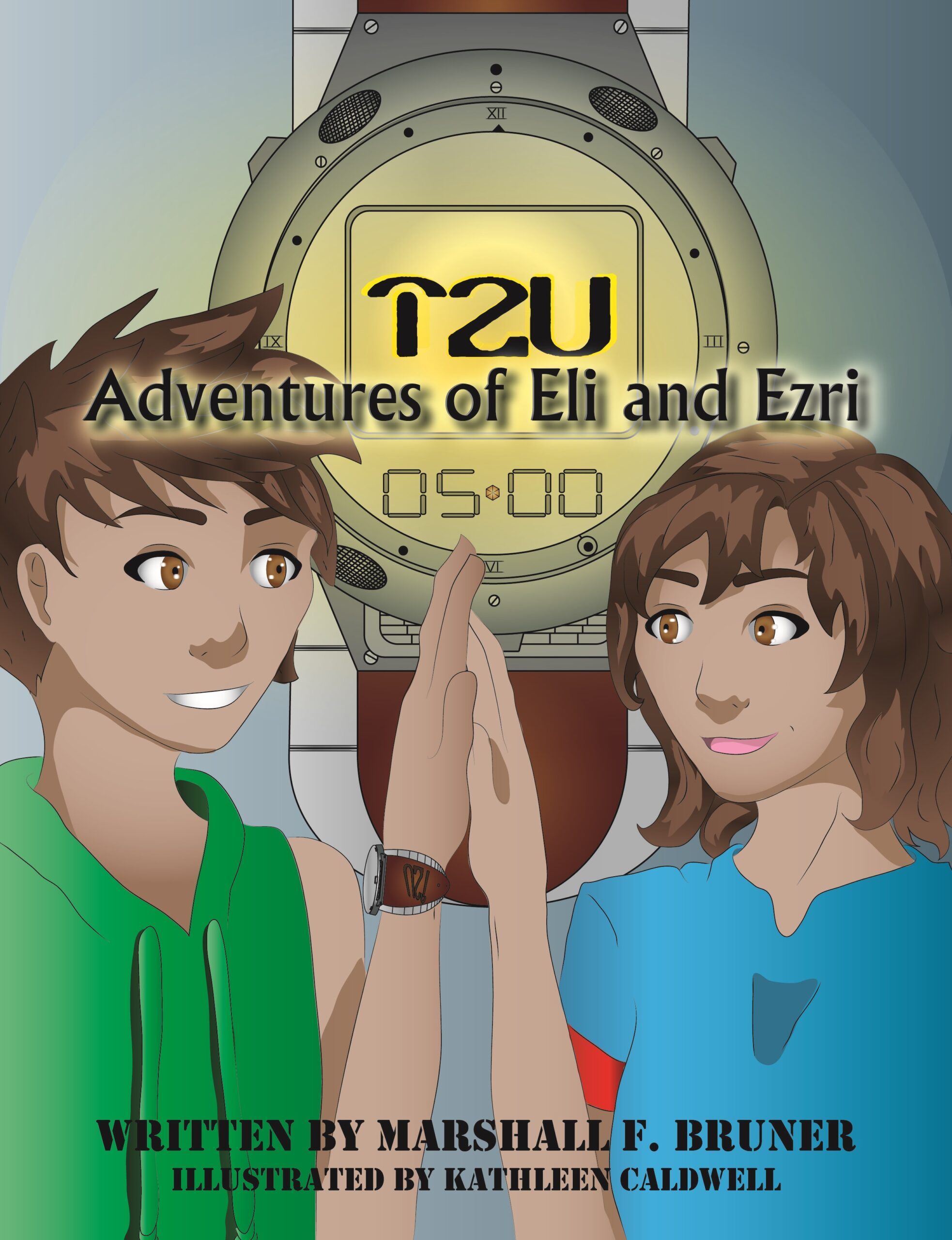 clues no one else could solve, secret agent’s had better gadgets.

Having determined this important fact, Eli glanced over his shoulder to make sure nobody was around. Quietly, he jiggled the door handle to the shed. As he hoped, the handle turned, and he slipped inside.

On a mission of national importance, he told himself, Secret Agent Eli steeled himself for the difficult task ahead—breaking into the high-security vault.

As his eyes adjusted to the gloomy light of the shed, Eli briefly recalled his dad’s multiple, stern warnings against going into the shed. But as he caught sight of his make-believe vault, Eli forgot the game, forgot his dad, and focused on his real goal—the dusty, old cabinet, sitting in the back of the shed.

I’ve got to know.

No longer just staring at the cabinet, as he had done many times before, he grabbed the lock and began to intently pick at it with his pocket knife.

A couple of minutes later, the cabinet lay wide open, the many drawers ready for inspection. Eli grinned gleefully. Double-checking that he was still alone, Eli began to examine the contents of each drawer.

All kinds of gadgets gleamed as the sun shone through the open door of the shed. As he slowly pulled out the drawer labeled “T2U,” Eli’s eyes grew wide in surprise. The entire drawer was filled with tools and electronics like he had never seen before. Right in the front were two objects that looked like something from a science-fiction show.

Eli picked up the two odd-looking gadgets and upon inspection, decided they could be watches. The smaller of the two appeared to be an earlier version of the bigger, more advanced looking one.  Setting the smaller to one side, he closely examined the second watch. The watch had a large crystal in the middle of it. On the leather wristband, the letters “T2U” were illuminated, taking on different shapes and colors as he rotated the watch from side to side.

On either side of the watch were two small buttons. Without hesitation, Eli pushed one of the buttons. Immediately the entire watch began to glow. Then a rapid beeping began, followed by an unearthly sound, like something from another planet.

“Cool! What a watch!” Eli shouted in the thrill of his discovery.

Just then the shed door creaked open wide and a voice yelled, “Eli! What do you think you’re doing?”

Eli about jumped out of his skin. “What are you doing, scaring me like that?” he demanded of Ezri, his twin sister.

“Eli,” responded Ezri, “you know Father told us never to mess with his things. On top of that, you’ve picked the lock to his cabinet. You’re so busted! I’m telling!”

“Wait, wait!” Eli sputtered for words. “You’ve just got to see this watch. It looks like something from outer space. Look what happens when you push this button!”

Again the watch began to glow as it let out the alien sounds.

“What have you done?” Ezri yelled.

Eli glanced at her and then deliberately pushed the second button. Images began to light up the crystal on the watch.

“Awesome!” Eli exclaimed. “What is that?”

Ezri grabbed the watch from Eli’s hands and looked intently into the glowing crystal. “That almost looks like a satellite image of earth,” Ezri exclaimed.

This time Ezri pushed the button and suddenly the image on the watch screen zoomed in on the continent of America.

In fear, Ezri dropped the watch on the dirt floor. “What? What happened?” asked Eli.

“I…I can’t believe it. That thing is picking up images of the United States from space!”

“Gimme that!” Eli grabbed the glowing watch from the ground, blew the dust off of it, then looked intensely at the screen. Eli pushed the button again, and the screen zoomed in on a state. “Hey, look! It’s New Mexico, where we live. This thing is out of this world!” 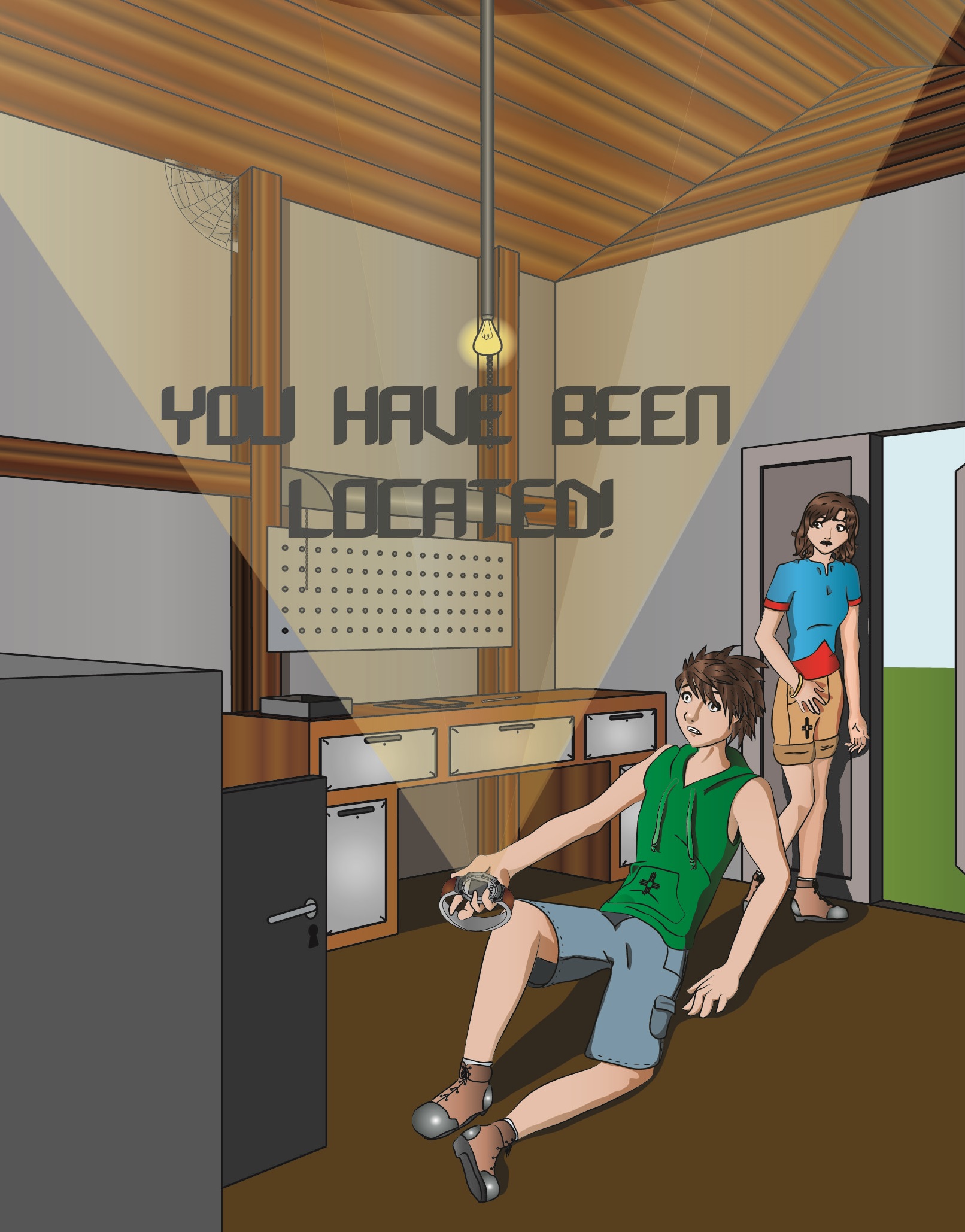 Suddenly, the bottom portion of the watch screen began to display letters one at a time: “Y-O-U-H-A-V-E B-E-E-N-L-O-C-A-T-E-D!”

“’You have been located!’ This watch must have a brain or something,” Ezri said as her voice began to shake. “What have we done, Eli?”

Words began to quickly flow across the bottom of the watch screen: “You have been located! Your destination has now been determined. Your mission has been assigned. You must act now.”

“Bejeepers, Ezri, this thing is talking to us,” Eli said in fright.

At that, a computer-generated voice spoke out of the watch: “Push the upper right-hand button for your new assignment.”

Ezri screamed, Eli dropped the watch, and the two of them ran as fast as they could out of the old shed and into the house. The glowing, beeping watch lay on the dirt floor of the shed as the screen door to the house slammed shut behind them.