The Best Off the Top

1. The Importance of Tithe
2. The Church’s Authority

The Importance of Tithe

Just think how great he was: Even the patriarch Abraham gave him a tenth of the plunder! 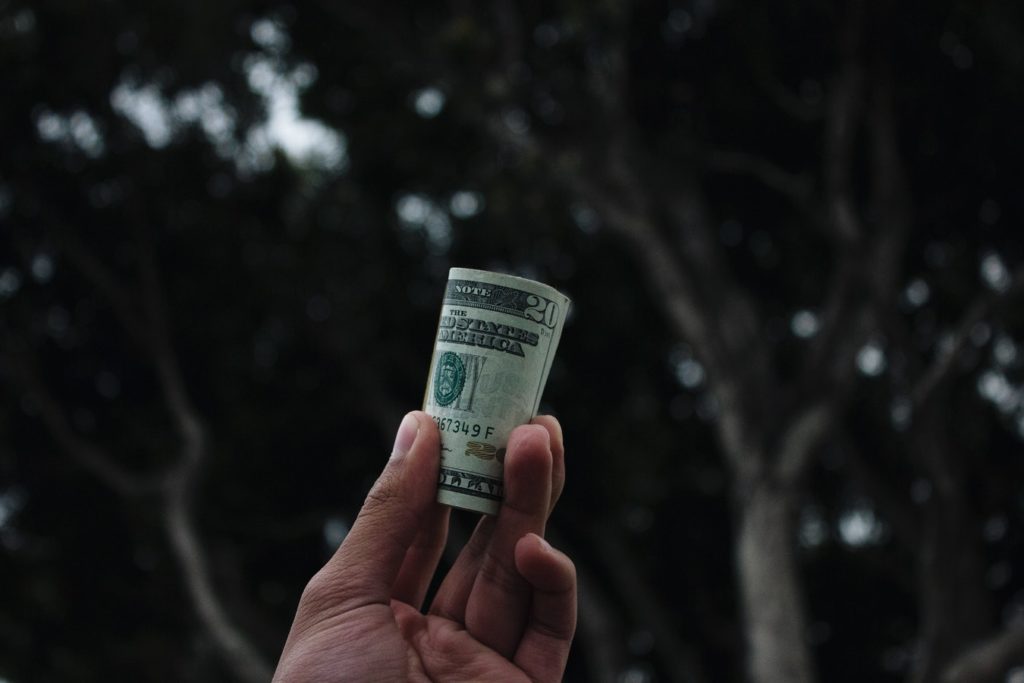 and blessed him who had the promises. And without doubt the lesser person is blessed by the greater. In the one case, the tenth is collected by men who die; but in the other case, by him who is declared to be living. One might even say that Levi, who collects the tenth, paid the tenth through Abraham, because when Melchizedek met Abraham, Levi was still in the body of his ancestor (Hebrews 7:4-10).

In all my years as a Christian, I don’t believe that I have ever heard a sermon preached on tithing that took this passage as its text. But as I studied this passage, I became convinced of its importance because of the numerous times Scripture links tithing to righteousness. In our last study we saw that we cannot have true peace without righteousness before God. In this study we will see that we cannot have true righteousness in our life until we give back to God a tenth of the best that He has given to us. Therefore, tithing is also the first step on the road toward peace.

My pastor gave a fine illustration of this in a Sunday evening service.

Prior to the service he handed me a $100 bill, saying, ‘Give this back to me when I ask for it.” I didn’t know what he had in mind, but about fifteen minutes into the sermon he said, ‘Who will give me a hundred dollars?” Hearing my cue, I jumped up and handed him the $100 bill. You could hear people murmuring when I gave him the money and sat down.

Then the pastor said, ‘Why do you think Jim so easily gave me that hundred dollars?” After numerous answers, all of them wrong, Pastor Keith said, ‘He gave me the $100 so easily because I gave it to him right before the service!”

The congregation was not expecting this answer, and everyone laughed. But they also understood the illustration: I gave the money to the pastor because he had given it to me. I was merely returning the gift that I had received.

, even when other ‘kings” offer us what seems to be a better deal.

Abraham gave Melchizedek ‘a tenth of the plunder” (Hebrews 7:4). The Amplified Bible says, ‘Abraham the patriarch gave a tenth—the topmost [the pick] of the heap—of the spoils.” Abraham gave a tenth of the best of his spoils right off the top of the heap to this ‘king of righteousness” from Salem. He then received an offer from the king of Sodom to keep all the rest for himself, but Abraham turned down that offer, saying to the king of Sodom, ‘I have raised my hand to the Lord, God Most High, Creator of heaven and earth, and have taken an oath that I will accept nothing belonging to you, not even a thread or the thong of a sandal, so that you will never be able to say, ‘I made Abram rich’” (Genesis 14:22-23).

At this point I know that I am going to lose a number of readers because they do not believe in tithing. I have heard people say that tithing is an Old Testament law and is not mentioned in the New Testament. They say it pertains to the Old Testament legal way of life before the coming of Jesus, and they no longer feel burdened with the guilt to tithe. Unfortunately, these same people can quote all of the Ten Commandments and expect everyone to live by them, even if they don’t. They seem to forget that Abraham tithed to Melchizedek four hundred years prior to the law being given to Moses.

If you look into it, you will see no chapters or verses can be quoted to show how God revealed His will regarding tithing prior to its revelation in Leviticus 27:30, ‘A tithe of everything from the land, whether grain from the soil or fruit from the trees, belongs to the Lord; it is holy to the Lord.” But the fact remains that Cain, Abel, Noah, Abraham and Jacob all knew that God required sacrifices, offerings and tithes. Tithing, therefore, is a pre-Mosaic practice established by God, and He never intended it to cease being a part of our worship. Cain found out that murder was wrong in the eyes of God, and that act did not cease to be wrong after Jesus was resurrected. The Old Testament judicial and ceremonial laws were fulfilled by Jesus; however, tithing, like murder, was a moral law instituted by God, and it remains a part of our way of life, just as the Ten Commandments do.

Some people will never be convinced of their need to tithe.

That’s too bad because tithing is a wonderful proof of the existence of God. Scientists, scholars and philosophers are all in the process of either proving or disproving God’s existence. Some societies of Christians are dedicated to proving that the Genesis account of creation is correct and therefore ‘proves” God’s existence. I have yet to find a group of Christians dedicated to scientifically proving God’s existence based on how He has told us to prove Him. Only once in Scripture does God tell us to prove Him.

‘Bring the whole tithe into the storehouse, that there may be food in my house. Test me in this,” says the Lord Almighty, ‘and see if I will not throw open the floodgates of heaven and pour out so much blessing that you will not have room enough for it” (Malachi 3:10; emphasis mine).

The word for ‘test” in this passage comes from the Hebrew word báchan, which means ‘to try (trial), prove, test (especially metals), examine, search out, purify, investigate.” These are the methods we should engage in as we give a tenth of our best back to the Lord who has given us all that we have. The results of these methods of testing God will be the opening of heaven’s floodgates. If we are truly interested in testing and proving God’s existence, then tithing is that test. If you want to prove that God exists and that He is faithful to His Word, then tithe. However, if you simply want enough of God to keep you out of hell, but not so much of Him that He gets into your wallet, then that is up to you. But know that you will be considered a robber of God and that your life will be under a curse.

‘Will a man rob God? Yet you rob me. But you ask, ‘How do we rob you?’ In tithes and offerings. You are under a curse—the whole nation of you—because you are robbing me” (Malachi 3:8-9).

I am not sure how a person can be saved by God’s grace and at the same time live under His curse for not tithing, but apparently it happens. It does seem a bit silly that some people, for a dime on the dollar, will not protect the other ninety cents. They won’t pay ten cents to be protected by God, but they’ll pay ninety cents to be robbed by the devil (Malachi 3:11).

Yet, there is a deeper issue in most churches.

Some people do not tithe because they do not like the preacher. I know this because I have met them. They think that by bringing their firstfruits into the storehouse they are giving it to the pastor; therefore, they keep their money to themselves. These people do not read much Scripture. Hebrews 7:9-10 says, ‘One might even say that Levi, who collects the tenth, paid the tenth through 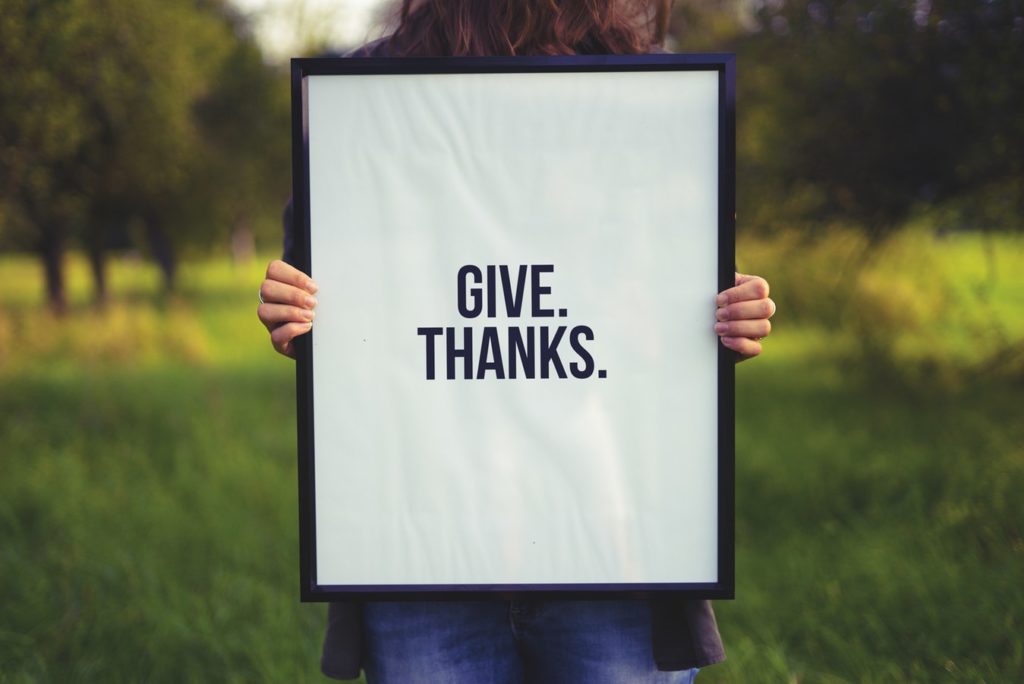 Abraham, because when Melchizedek met Abraham, Levi was still in the body of his ancestor.” In other words, when the readers of this letter brought their tithes to the tribe of Levi, they were ultimately bringing their gifts to the ‘king of righteousness.” So when we bring our tithes and offerings into the church, the storehouse of God, we too are bringing them to the King of Righteousness. By withholding our tithes we are not robbing the preacher of his salary, but ourselves of treasure in heaven and the blessing of God described as the ‘floodgates of heaven” (Malachi 3:10). In this manner the resulting curse rests not upon the pastor or God, but upon the person who refuses to give.

Much of this rebellion comes from the fact that many people, especially in America, have put an American twist to their thinking about Scripture. We have no problem believing that God remains sovereign in all that He does, but many people conclude that God’s sovereignty stops at the bestowal of church offices, which it does not. God has called some people to positions within the church which give them authority over others. By reading Acts, Ephesians, 1 and 2 Timothy, and Titus we can see that positions are given to people according to their God-given gifts and qualifications. The notion that all men are created equal in the sight of God is not a scriptural principle, but a concept of the Constitution of the United States of America. All men and women are not created equal, and the Parable of the Talents (Matthew 25:14-30) shows this to be true. Employers today know that they cannot pay all their workers the same salary; not every worker is capable of the same skills. If an employer were forced to pay every worker an equal salary or wage, he would soon find himself out of business.

God did not create me with the musical abilities that He gave to Johann Sebastian Bach.

We may both have played the piano, but that is where the similarities end. The only equality that mankind shares is under the Cross of Calvary, for it is only in Christ, as it relates to salvation, that our equality stands true. Every believer may enjoy an equal nearness to God, the same way every child in a family enjoys the same access to their parents. If one child is a doctor and another has Downs Syndrome, they still have equal standing before their parents even though they do not have equal abilities or responsibilities.

Every Christian is part of the royal priesthood, and we all offer ‘spiritual sacrifices acceptable to God through Jesus Christ” (1 Peter 2:5). However, not every believer is called to occupy the same ministerial office (Ephesians 4:11-13; James 3:1) within that priesthood. God calls some of His people to be servants, administrators and encouragers within His body. Others He calls to be preachers and overseers in His church, and He instructs the rest of His people to ‘obey your leaders and submit to their authority” (Hebrews 13:17).