The Journey of Faith

By faith Abraham, when called to go to a place he would later receive as his inheritance, 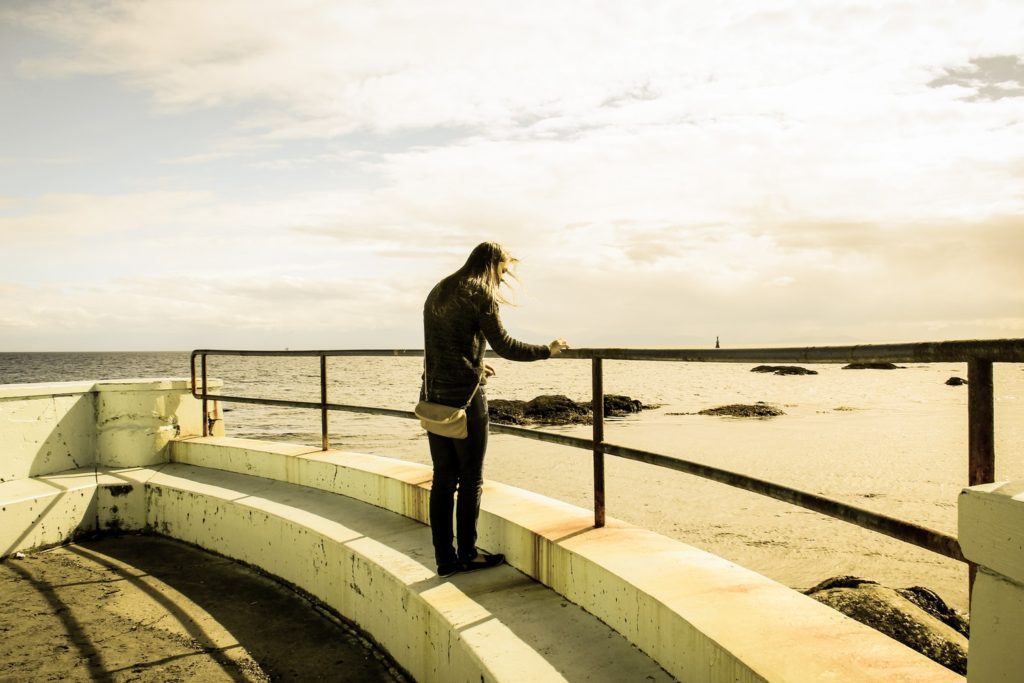 obeyed and went, even though he did not know where he was going. By faith he made his home in the promised land like a stranger in a foreign country; he lived in tents, as did Isaac and Jacob, who were heirs with him of the same promise. For he was looking forward to the city with foundations, whose architect and builder is God. (Heb. 11:8-10, NIV)

In 1988, I moved from Westlake Village, California, to Eureka Springs, Arkansas, to join a monastic community founded by singer/songwriter John Michael Talbot. When people find out that I, an Assemblies of God minister, left Southern California in order to join a monastic community in northwestern Arkansas, they are usually quite perplexed and often ask, “And why did you go there?”

My usual reply is, ‘I didn’t really know at the time why I went, but even today I’m still finding positive results in my life from living there almost four years.” I once told a professor at Fuller Seminary of my strange journey, and he said, ‘You sound like Abraham who, when called to go, obeyed and went, even though he didn’t know where he was going.”

I thought to myself, ‘Yeah, that’s exactly it. And it means I don’t have to have an answer to everyone’s questions. Sometimes we don’t know, but by faith we go, and that is all right.” I’ve been a fan of Abraham’s ever since.

In recent years, living by faith seems to have acquired a strange twist among some preachers,

who are telling people that if they want something, all they must do is claim it by faith. It would help, of course, if you sent a little money to their ministry and labeled it a ‘seed-faith” donation. Abraham knew, however, and I found out later, that one facet of faith is that it is a journey. Faith is an action word that affects the heart, which in turn moves the feet in the direction of God’s work. It is not sitting idly by and wishing that your claims came true. It is putting into action the directions of God, and knowing that if you never see the results of your efforts, God knows and is preparing to square the books in the end. That is one of the things we must reconcile in our minds about faith: the final results of our faith and obedience to God may never be seen in our lifetime. Rick Howard, my homiletics teacher at Bethany Bible College, liked to say, ‘Life is more measured in truth by that which is undertaken, than that which is achieved. Faith is a process, not a goal.”

Relating to our own faith, Scripture tells us that Abraham is ‘the father of all who believe” (Rom. 4:11), and that those who believe are the children of Abraham (Gal. 3:7, 29). He is the first in a long line of believers to find himself declared righteous before God because he believed God.

If Abraham is our father in the faith, then there should be a family resemblance.

His spiritual children should show the same characteristics as their father, Abraham. Some families inherit a certain nose or chin. A parent will look at a newborn and say, “He has my hands.” In the same way, we should resemble Abraham regarding our faith. ”If you were Abraham’s children,’ said Jesus, ‘then you would do the things Abraham did’” (John 8:39). Those are the traits that mark us as believers. On the other hand, Jesus said to the Pharisees, ‘You belong to your father, the devil, and you want to carry out your father’s desire” (John 8:44). In our work for the Kingdom, do we show a spiritual resemblance to Abraham, our father in faith, or are there characteristics in our soul pointing to a more unsavory ancestry?

If we are Abraham’s children in the faith, then the goal of our faith should be the same as Abraham’s. What should that goal be—a new home, a boat, or perhaps a Lincoln Continental? Believe it or not, these are some of the answers that I have heard. Abraham’s individual goal of faith, however, resided in his personal Architect: “For he was looking forward to the city with foundations, whose architect and builder is God” (Heb. 11:10).

This ability to look ahead to what he hoped to see was Abraham’s key to living in faith. But he had to look “forward” because he never personally possessed the land that God said would be his. 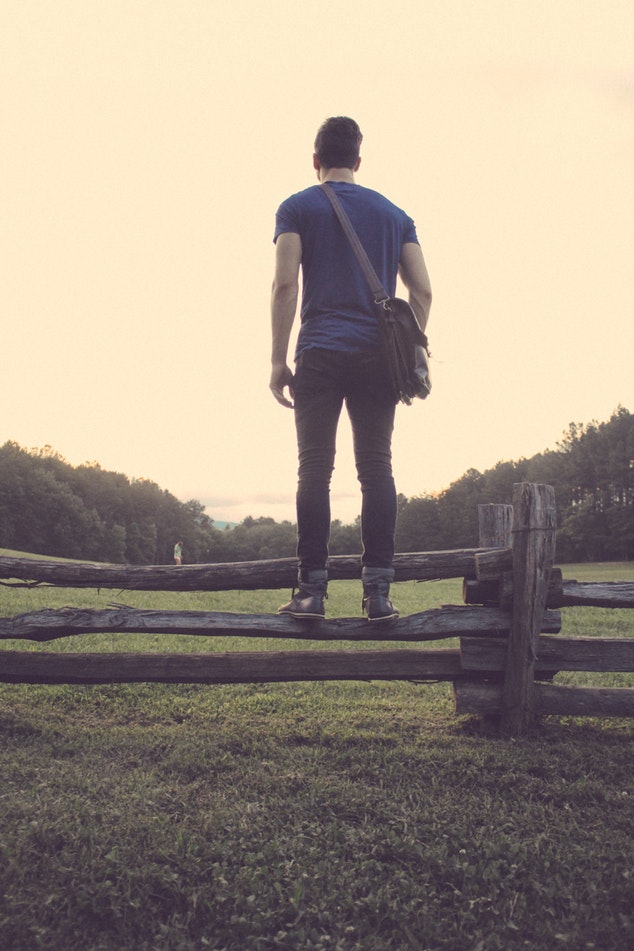 ‘True,” some people say, ‘but he went to the Promised Land knowing that his descendants would one day inherit all that territory and that God would make them into a great nation.” Actually, Scripture teaches us that Abraham went simply because God told him to go, and only later did Abraham learn that there was land allotted for his descendants.

The author of Hebrews says that Abraham went to a land he would ‘later receive as his inheritance” (11:8), showing us that Abraham did not receive the land at the time of his first calling. In fact, the land he was called to by God was not given to him until after he had returned from Egypt and his nephew Lot had chosen the green pastures to the east (Gen. 13:14). Abraham obeyed God’s word without the incentive of a promised inheritance of land and progeny. Abraham simply moved on God’s command; the land and family were his reward for obedience. In fact, Abraham received only God’s promise. He never actually possessed the land or saw, except through the eyes of faith, the nation God would make from him. Nevertheless, he believed and obeyed.

Abraham shows us that the faith journey has some distinguishing characteristics, and the first is that faith is an adventure.

It is a process to be lived, not a theology to hide our inactivity. ‘I’m just waiting for God to move in my behalf,” says the fearful Christian. Men and women of faith, however, are in constant movement. They do not set up a permanent residence of belief in their minds but remain flexible enough to abide in ‘tents.” They know that there is joy in the actual journey, for today they are here, but tomorrow they’ll be over there. Like the Israelites in the desert following the pillar of fire, if we want to get to where God is going, we have to pick up our belongings and move. Unfortunately, some people haven’t experienced a faith movement in years, and you can tell that because they are still sitting in the same pew they sat in as children–the one with the family name on the brass tag on the aisle side, so everyone will know where to find them. No faith is required if we always know where we are and have no plans of going anywhere else.

Another facet of Abraham’s faith was its patience.

He never possessed the land he reached. Instead, he lived as a stranger, a nomad, a tent dweller. To Abraham’s natural eye God’s promise never fully came true. But God never said, ‘I am going to give this land to you, Abraham,” but rather, ‘to your offspring I will give this land” (Gen. 12:7). God made a promise to Abraham that Abraham would never see fulfilled, but he never abandoned his faith and his obedience to God’s commands. Faith must be patient; even God took more than a day to create the universe, and it will take Him more than a day to bring us to the place He knows we should be.

How could Abraham be so patient?

What insight or secret did he possess that kept him satisfied to live in a tent, all the while knowing that this land would one day be the land of his descendants? Heb. 11:10 seems to be the clue: ‘For he was looking forward to the city with foundations, whose architect and builder is God.” We see in this verse that faith is forward looking. The only way to survive the inequities and disappointments, the sufferings and tragedies of this world is to have faith-sight that sees beyond this world. We must be confident that no matter what we see, no matter how limited our understanding and comprehension of God, that our Lord has our best interests in mind. Jesus had this faith-sight, too. He knew what the world had waiting for Him at Calvary, but He also knew what the Father had prepared for Him, so ‘for the joy set before him he endured the cross, scorning its shame” (12:2).