The Faith to Conquer

1. Faith During Trials
2. Faith Against All Odds

By faith the people crossed the Red Sea as if on dry land;

but the Egyptians, when they attempted to do the same, were drowned. By faith the walls of Jericho fell down, after they had been encircled for seven days. By faith Rahab the prostitute did not perish with those who were disobedient, because she had given a friendly welcome to the spies. Hebrews 11:29-31

In these verses we see three different areas of faith that, sooner or later, all Christians will face in their walk with God, and it has to do with our past, present, and future relationship with the Lord. Regarding the Red Sea, the Israelites needed a faith in God that would release them from their former lives of slavery. When they came to Jericho, they needed faith for God’s help to presently enable them to conquer a difficulty that was standing in the way of where God was leading them. Finally we see Rahab, who exhibited the faith needed to leave her entire way of life, her harlotry and her idolatry, and believe in a God who could make her future productive in a new way of living.

Our first example takes us to the faith we need to escape our past.

‘By faith the people crossed the Red Sea as if on dry land; but the Egyptians, when they attempted to do the same, were drowned.” Two items should immediately come to our attention here. First, God led the Israelites to the Red Sea and second, the Egyptians could not follow where God was leading His children. 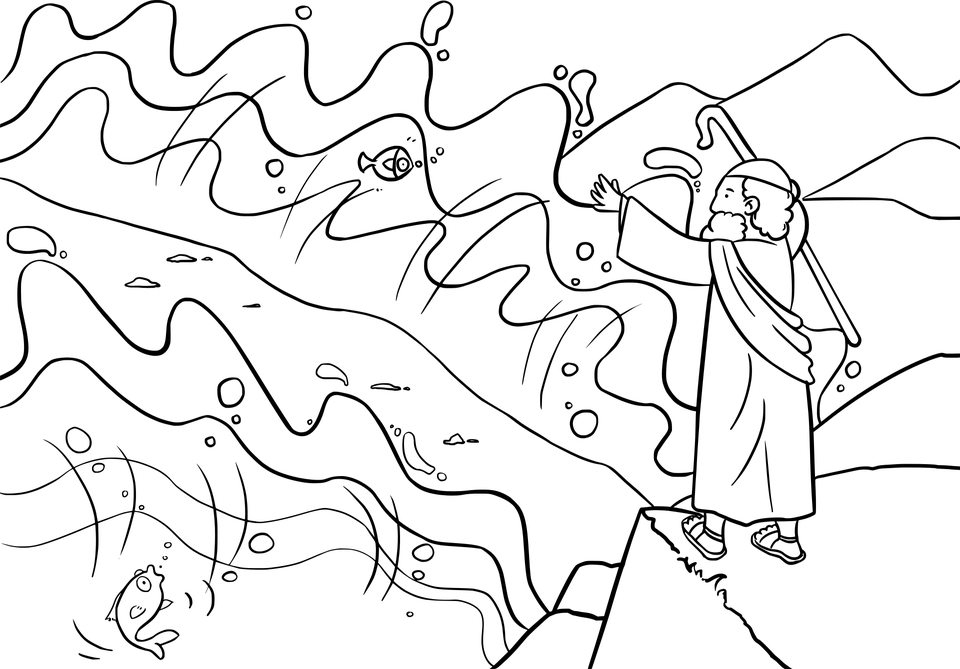 I know that my first point is going to bother a few people, but I will not alter Scripture because some refuse to believe what God has said. Scripture clearly points out that God led them to a place where they were hemmed in by the Red Sea on one side and a pursuing army on the other (Exodus 14:1-4). We err when we think that all difficult situations are of the enemy who is trying to destroy us. Many times, they come from God, who is trying to mature us. By obeying God, the Israelites turned back toward the Red Sea, finding themselves hemmed in by the water on their east and the Egyptians coming in from the west.

The Egyptians did not create the Red Sea, and neither did Satan. God created it and led the Israelites to it so that He could reveal to them His glory and His deliverance. Many people are praying and crying out to see God’s power and mighty hand of deliverance over their bondage, but when they are brought to the Red Sea for faith-enhancing purposes, they balk at the place and call it a trick of the enemy and deny themselves the joy of seeing God work in their lives. They are people who desire victory without a battle, dividends without an investment, and freedom from sin without repentance from the heart. These must truly be among the saddest people on earth.

By all natural means, the Israelites were doomed between the water and the wheels, but God desired not only to show His power to the Israelites as a whole, but to ‘get glory over Pharaoh and all his host, and the Egyptians shall know that I am the LORD” (Exodus 14:4). When it was time, God parted the Red Sea and the Israelites crossed on dry land. But when the Egyptians tried to cross in the same manner, God ‘looked down on the Egyptian forces and threw the Egyptian forces into a panic, clogging their chariot wheels so that they drove heavily. And the Egyptians said, ‘Let us flee from before Israel, for the LORD fights for them against the Egyptians’” (Exodus 14:24-25). Of course they couldn’t get away from God, and the entire Egyptian army drowned in the waters of the Red Sea. Stated simply, there are places we will go by faith that will drown those who follow in unbelief. The channel of deliverance for Israel was the source of destruction for their enemies.

When we present the gospel, ‘we are the aroma of Christ to God among those who are being saved and among those who are perishing, to one a fragrance from death to death, to the other a fragrance from life to life” (2 Corinthians 2:15-16). The three men in a fiery furnace who met a fourth in the midst of their trial did not even smell of fire. They walked out, but their executioners were consumed simply by getting too close. As Christians, we should walk in such a way as to baffle those around us. The world needs to try to follow us and find that they cannot naturally go where we are spiritually led. For too long the Church has followed the world according to its music, dress, entertainment, etc. Perhaps it is time for Christians to be led by God’s Spirit in such a manner that the world will take notice, try to follow, but discover that they cannot without the power of God’s Spirit to bring them across the sea and through the fire.

Another interesting point is seen when we contrast Hebrews 11:29 with Hebrews 3:18-19, which says,

‘And to whom did [God] swear that they would not enter his rest, but to those who were disobedient?’

So we see that they were unable to enter because of unbelief.” How could they have crossed the Red Sea in faith, but have died in the desert because of their unbelief? Deuteronomy 32:20 tells us they were ‘a perverse generation, children in whom is no faithfulness.” If the generation was an unfaithful, unbelieving one, where did the faith come from that enabled them to cross the Red Sea? Our passage says, ‘By faith the people crossed the Red Sea,” but it doesn’t tell us by whose faith they crossed. The reference in our text must be to the faith of the leaders—the faith of Moses, Aaron, Joshua, and Caleb. It was by their faith that the entire unfaithful, unbelieving nation walked into God’s miracle.

This is a perfect illustration of the fact that unfaithful grumblers often reap the benefits of God’s blessings upon His faithful. We see the same thing take place in Acts 27:24 where an entire ship was saved because of the faith and for the sake of Paul. Many churches today prosper because of the faith of the leadership, and the blessings of that church are reaped even by those who do no more than occupy a pew on Sunday morning and give their two dollars when the offering plate comes around. If you ask them, of course, they will tell you this is ‘their” church and will beam with pride for all that God is doing among them, even though they have not lifted a finger in work or faith for the entire 20 years they have attended.

Finally, we see in the Exodus passage a very interesting sequence that informs us how to act under great trials. 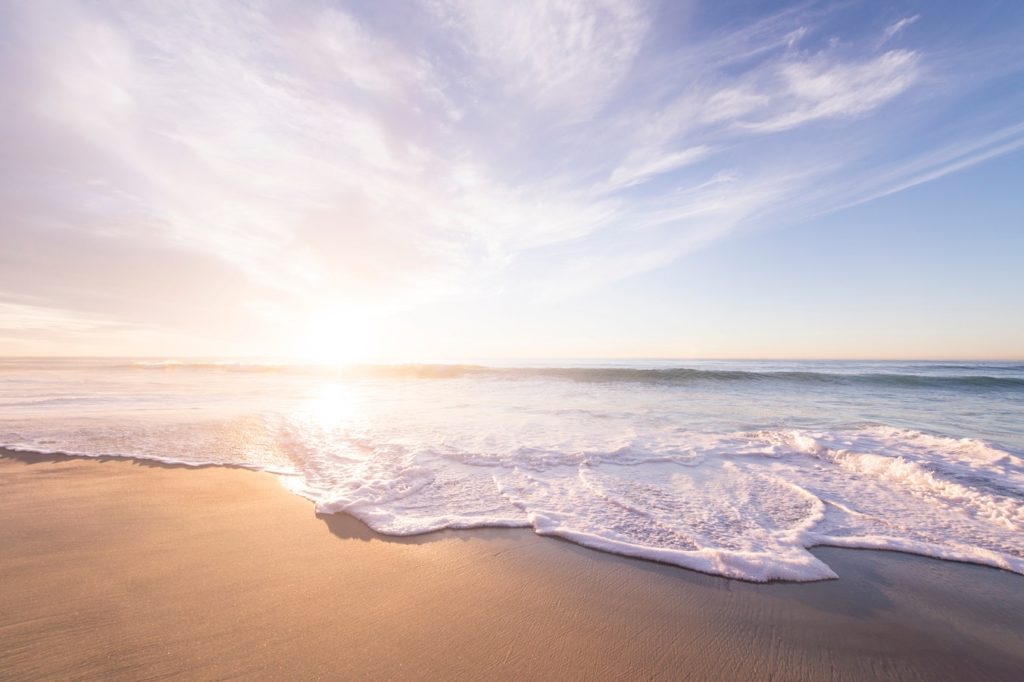 Upon encountering the Red Sea the people cried out to Moses, who replied, ”Fear not, stand firm, and see the salvation of the LORD, which he will work for you today. For the Egyptians whom you see today, you will never see again. The LORD will fight for you, and you have only to be silent.’ The LORD said to Moses, ‘Why do you cry to me? Tell the people to go forward’” (Exodus 14:13-15). First, they had to abandon their fear and stand firm in God. Next, they were told they would see God’s deliverance. And finally, they were instructed to move on. Here is the divine order: You cannot move on until you see God’s direction of deliverance, and you cannot see God’s direction until you have calmed your fears and stood firm and still. We must reclaim the art of silence, of quieting our hearts before Him. We need to put down the self-help/self-esteem books and climb upon the rock of our salvation and quiet ourselves in the cleft of His love. We need to be like David who said, ‘But I have calmed and quieted my soul, like a weaned child with its mother, like a weaned child is my soul within me” (Psalm 131:2).

How many years have passed in your own life where no record of faith exists?

God now brings them into the land He has prepared for them, only to take them to the city of Jericho, which ‘was shut up inside and outside because of the people of Israel. None went out, and none came in” (Joshua 6:1). This was one of the cities that had frightened the spies and the people 40 years earlier, causing them to cry, ‘The people are greater and taller than we. The cities are great and fortified up to heaven” (Deuteronomy 1:28). It was a frontier town and the key city at the entrance to Canaan. Without conquering Jericho there was no way the Israelites could possess the rest of the land. So God brought His people, a people without artillery and with limited battle experience, to take down a city larger than any they had probably ever seen. But they wouldn’t need much to win the battle save some silent marchers and a few rams’ horns.

Have we learned yet that God’s ways are most often quite different from our own, that He seems to take great joy in coming at us from the opposite side of our common sense? But God’s sense of things is not common to man, and therefore baffles those of us who pride ourselves in how much common sense we have. Who in his right mind would preserve the leader and lawgiver of the Israelites in a little ark floating down a river? Or feed a prophet with the death meal of a widow and her son? Or cause an axe head to float just because He cares that it was borrowed? Who in their right mind would support a prophet who lives in the desert and eats honey and grasshoppers for lunch, and anoint him as the herald sent to announce the coming of the King of the universe? The marketing world would be in fits. Why would God choose mostly uneducated laborers to be the first ambassadors of His good news? God’s ways are most definitely different from our own, for Jesus said, ‘What is exalted among men is an abomination in the sight of God” (Luke 16:15). Paul said, ‘But God chose what is foolish in the world to shame the wise; God chose what is weak in the world to shame the strong” (1 Corinthians 1:27). And that includes human methods of warfare.