Hagar, a woman of God?

Wasn’t she the interloper in the marriage of Abraham and Sarah? Surely she couldn’t be a woman of God! But she was.

We have two stories about Hagar in the Bible.

In both of them, she runs away. However, God stayed close to her, ministered to her heart, and told her what to do. 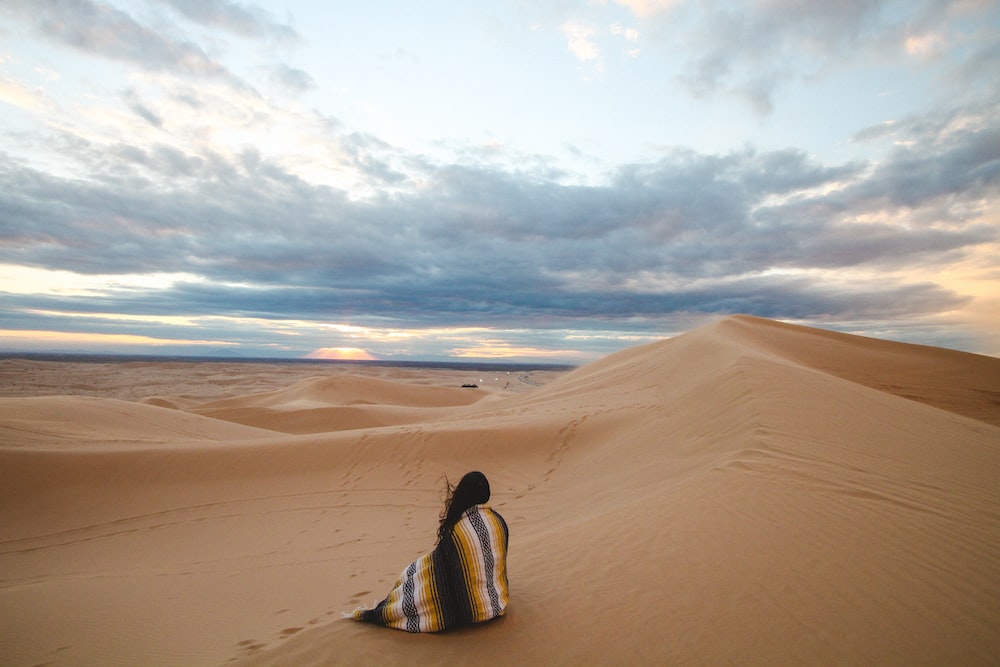 The first time she ran away, she carried Ishmael, her unborn son (Genesis 16:1-16). She had listened to Sarai, not God, and had become Abram’s mistress. Hagar, an Egyptian, may have been Pharaoh’s daughter, a convert to Abram’s God, or she may simply have been one of the slaves, or chattel, that Abram had acquired while he was in Egypt. Her name means “fugitive.” She became well acquainted with the runaway road.

Both Sarai and Abram used Hagar’s body for their own purposes. Sarai wanted a child. Abram wanted descendants. Hagar consented to their ungodly, selfish scheme and became pregnant with Abram’s child. Her friendship with Sarai broke down and she came to despise her mistress. When people who know God determine to get their own way by their own methods, sorrow is certain to follow.

The second time, Hagar runs away with Ishmael (Genesis 21:8-21). Now a young boy, Ishmael had “mocked” during Isaac’s weaning ceremony. Sarai became angry and demanded that Abram send Hagar away. Hagar again found herself in the desert without water and with a dehydrated son. Sensing that he would die, she hid him under a bush so that she would not have to see his dying gasp.

Hagar–the woman who knew better than to be a party to sin, but who consented anyway. In her grief, she thought she had no one to turn to. Her anguish was acute.

The desert–a symbol of bleakness, desolation and despair. Sin will always lead us there, but we never go alone no matter how abandoned we may feel.

Water–the symbol of life, physical life and spiritual life. Each of us errs at one time or another or deliberately sins. When we do, Satan wants to fill us with despair and tell us that our walk with God is over. Hagar’s story reminds us that God has new life for every sinner.

God–He saw her distress, her tears and her regret. He told her what to do and opened her physical eyes to see His provision for her. He opened her spiritual eyes to understand His will for her life and the life of her son.

Hagar did three things in response.

She listened to God. She had listened to people and that error had brought her to the desert. Listening is intentional hearing. It takes effort to listen to God, but she exerted it. Oh, that she had intentionally heard God’s voice in her heart first!

She submitted to God. In her error she had submitted to Abram and Sarai and their ungodly plan. Now, in repentance, she determined to submit to God.

She obeyed God. She had learned, through hard experience, the pains of doing her own pleasure. Now, she learned that obeying God would never lead her wrong.

Yes, by the end of Genesis, we can call her Hagar, a woman of God.