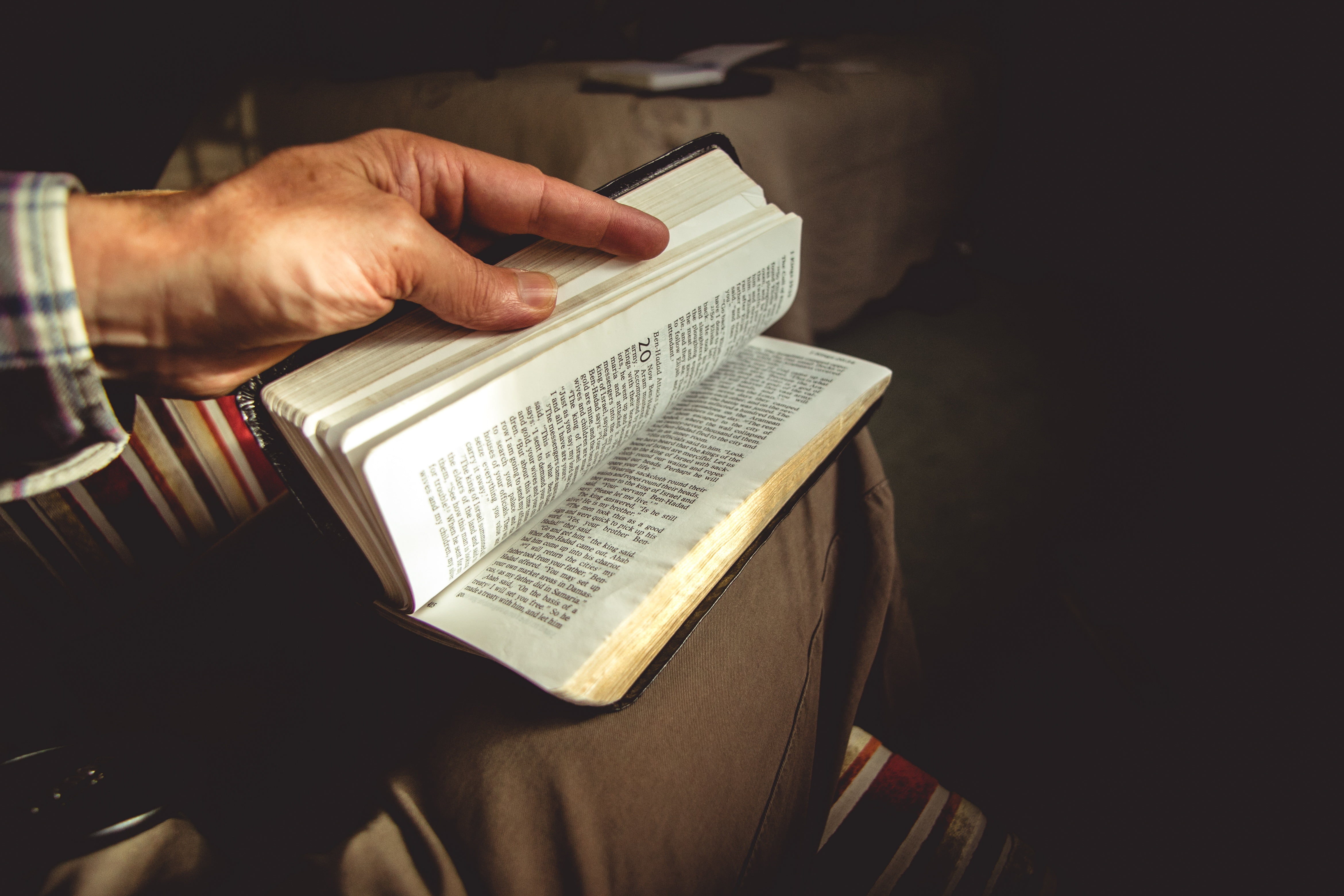 We’ll call this shared information “background”: some knowledge of the culture, earlier biblical history, and so on. But they had, most importantly, the individual book of the Bible that was in front of them. Therefore we can be confident that the writers of the Bible included enough within each book to help the readers understand that book of the Bible without referring to information they lacked. For that reason, context is the most important academic key to Bible interpretation.

Often popular ministers today quote various isolated verses they have memorized, even though this means that they will usually leave 99% of the Bible’s verses unpreached. One seemingly well-educated person told a Bible teacher that she thought the purpose of having a Bible was to look up the verses the minister quoted in church! But the Bible is not a collection of people’s favorite verses with a lot of blank space in between. In using verses out of context, one could “prove” almost anything about God or justify almost any kind of behavior. History testifies as much. But in the Bible, God revealed Himself in His acts in history, through the inspired records of those acts and the inspired wisdom of His servants addressing specific situations.

People in my culture value everything “instant”: “instant” mashed potatoes; fast food; and so forth. Similarly, we too often take short-cuts to understanding the Bible by quoting random verses, assuming that others who taught us have understood them correctly. When we do so, we fail to be diligent in seeking God’s Word (Proverbs 2:2-5; 4:7; 8:17; 2 Timothy 2:15).

One prominent minister in the U.S., Jim Bakker, was so busy with his ministry to millions of people that he did not have time to study Scripture carefully in context. He trusted that his friends whose teachings he helped promote surely had done so. Later, when his ministry collapsed, he spent many hours honestly searching the Scriptures and realized to his horror that on some points Jesus’ teachings, understood in context, meant the exact opposite of what he and his friends had been teaching! It is never safe to simply depend on what someone else claims that God says (1 Kings 13:15-26).

I discovered this for myself when, as a young Christian, I began reading 40 chapters of the Bible a day (enough to finish the New Testament every week or the Bible every month). After a while, I was shocked to discover how much Scripture I had essentially ignored between the verses I had memorized, and how carefully the intervening text connected those verses. I had been missing so much, simply using the Bible to defend what I already believed! After one begins reading the Bible a book at a time, one quickly recognizes that verses isolated from their context nearly always mean something different when read in context.

We cannot, in fact, even pretend to make sense of most verses without reading their context. Isolating verses from their context disrespects the authority of Scripture because this method of interpretation cannot be consistently applied to the whole of Scripture. It picks verses that seem to make sense on their own, but most of the rest of the Bible is left over when it is done, incapable of being used the same way. Preaching and teaching the Bible the way it invites us to interpret it—in its original context–both explains the Bible accurately and provides our hearers a good example how they can learn the Bible better for themselves.

If we read any other book, we would not simply take an isolated statement in the middle of the book and ignore the surrounding statements that help us understand the reason for that statement. If we hand a storybook to a child already learning how to read, the child would probably start reading at the beginning. That people so often read the Bible out of context is not because it comes naturally to us, but because we have been taught the wrong way by frequent example. Without disrespecting those who have done the best they could without understanding the principle of context, we must now avail ourselves of the chance to begin teaching the next generation the right way to interpret the Bible.

The Source of Contradictions

Many contradictions some readers claim to find in the Bible arise simply from ignoring the context of the passages they cite. They jump from one text to another without taking the time to first understand each text on its own terms. When Paul says that a person is justified by faith without works (Romans 3:28), his context makes it clear that he defines faith as something more than passive assent to a viewpoint; he defines it as a conviction that Christ is our salvation, a conviction on which one actively stakes one’s life (Romans 1:5).

James declares that one cannot be justified by faith without works (James 2:14). Because he uses the word “faith” to mean mere assent that something is true (2:19), he demands that such assent be actively demonstrated by obedience to show that it is genuine (2:18). In other words, James and Paul use the word “faith” differently, but do not contradict one another on the level of meaning. If we ignore context and merely connect different verses on the basis of similar wording, we will come up with contradictions in the Bible that the original writers would never have imagined.