In the midst of family issues, church issues, national issues, and worldwide issues, it is relevant to find a place of truth and peace during this season.  Conditions in America and the world are different this Christmas season than ever before.  The family gatherings, shopping, parties, and other activities we all did in years past are changed in some cases in dramatic ways.

I realized this was an opportunity for each of us to cut through the changes that have caused disappointment, frustration, and depression and look for the “main thing” concerning Christmas.  Slogans like, “Merry Christmas”, “Keep Christ in Christmas”, and “Jesus is the reason for the season” point us in the right direction.

It has occurred to me that for Christians, Christmas is one big Communion Service. The Apostle Paul gave Corinthian believers instruction about the significance of the bread and the wine taken as Jesus was remembered.

24 and when He had given thanks, He broke it and said, “This is (represents) My body, which is [offered as a sacrifice] for you. Do this in [affectionate] remembrance of Me.” 25 In the same way, after supper He took the cup, saying, “This cup is the new covenant [ratified and established] in My blood; do this, as often as you drink it, in [affectionate] remembrance of Me.” 26 For every time you eat this bread and drink this cup, you are [symbolically] proclaiming [the fact of] the Lord’s death until He comes [again].

Our confinement to our homes is another aspect of the present that can be used in a positive way this Christmas.  Our social view is much narrower, and we can narrow it even further to just look at ourselves and our relationship with Jesus, the reason for Christmas. We can “remember” Jesus as we celebrate His birth.

Why would I personally celebrate the birth of Jesus? 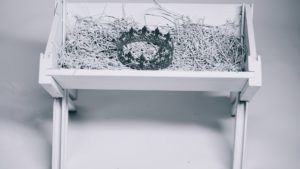 In the Bible, inspired men of God called him Messiah, Lord, and Savior.

Isaiah the prophet described Jesus as one that would influence government, be a Wonderful Counselor, a Mighty God, Everlasting Father, and Prince of Peace.  Every person needs these characteristics to be manifest in their lives.

6 For to us a Child shall be born, to us a Son shall be given;
And the government shall be upon His shoulder,
And His name shall be called Wonderful Counselor, Mighty God,
Everlasting Father, Prince of Peace.

On the night Jesus was born, angels announced the birth to shepherds and said it was a joyful occasion for all people because a Savior, Christ the Lord, the Messiah was born.  They gave glory and praise to God for the birth of Jesus and declared peace had come to all men with whom God was well-pleased. This oneness with God had not been realized by man since the Garden of Eden.

8 In the same region there were shepherds staying out in the fields, keeping watch over their flock by night. 9 And an angel of the Lord suddenly stood before them, and the glory of the Lord flashed and shone around them, and they were terribly frightened. 10 But the angel said to them, “Do not be afraid; for behold, I bring you good news of great joy which will be for [a]all the people. 11 For this day in the city of David there has been born for you a Savior, who is Christ the Lord (the Messiah). 12 And this will be a sign for you [by which you will recognize Him]: you will find a Baby wrapped in [swaddling] cloths and lying in a manger.” 13 Then suddenly there appeared with the angel a multitude of the heavenly host (angelic army) praising God and saying,

14 “Glory to God in the highest [heaven],
And on earth peace among men with whom He is well-pleased.” 14 “Glory to God in the highest,
And on earth peace, goodwill[a] toward men!”

The question is, why did people need a Savior? Had mankind not been at peace, not been at oneness or at rest with God before this time?  If so, what caused the separation of man and God?

Answers to these questions are found in Genesis chapter 3.  When Eve and Adam disobeyed God’s one and only restrictive rule and ate of the fruit of the tree of the knowledge of good and evil, God pronounced a curse first upon the serpent, a type of Satan, then curses upon Eve and upon Adam.

14 The Lord God said to the serpent,

“Because you have done this,
You are cursed more than all the cattle,
And more than any animal of the field;
On your belly you shall go,
And dust you shall eat
All the days of your life.
15
“And I will put enmity (open hostility)
Between you and the woman,
And between your seed (offspring) and her [a]Seed;
He shall [fatally] bruise your head,
And you shall [only] bruise His heel.”

As the footnote states, this is the first mention in scripture of the offspring of woman who would defeat Satan and that Satan would only bruise the offspring, which was Jesus.  The reason for Jesus coming to earth as a man was to deal with the sin of mankind by defeating the devil.  Sin separated God and man.  Adam and Eve were driven from the Garden where they had close fellowship with God.  They entered a life of toil, sweat, and pain.  This was not the life God had wanted for them or had created for them.  By their choice to be disobedient, they had caused this separation from God. 23 since all have sinned and continually fall short of the glory of God, 24 and are being justified [declared free of the guilt of sin, made acceptable to God, and granted eternal life] as a gift by His [precious, undeserved] [a]grace, through the redemption [the payment for our sin] which is [provided] in Christ Jesus, 25 whom God displayed publicly [before the eyes of the world] as a [life-giving] [b]sacrifice of atonement and reconciliation (propitiation) by His blood [to be received] through faith. This was to demonstrate His righteousness [which demands punishment for sin], because in His forbearance [His deliberate restraint] He passed over the sins previously committed [before Jesus’ crucifixion].

23 for all have sinned and fall short of the glory of God, 24 being justified [a]freely by His grace through the redemption that is in Christ Jesus, 25 whom God set forth as a [b]propitiation by His blood, through faith, to demonstrate His righteousness, because in His forbearance God had passed over the sins that were previously committed, 14 Yet death ruled [over mankind] from Adam to Moses [the Lawgiver], even over those who had not sinned [a]as Adam did. Adam is a type of Him (Christ) who was to come [but in reverse—Adam brought destruction; Christ brought salvation].

15 But the free gift [of God] is not like the trespass [because the gift of grace overwhelms the fall of man]. For if many died by one man’s trespass [Adam’s sin], much more [abundantly] did God’s grace and the gift [that comes] by the grace of the one Man, Jesus Christ, overflow to [benefit] the many. 16 Nor is the gift [of grace] like that which came through the one who sinned. For on the one hand the judgment [following the sin] resulted from one trespass and brought condemnation, but on the other hand the free gift resulted from many trespasses and brought justification [the release from sin’s penalty for those who believe].

Isaiah stated the work of the Messiah, Jesus, hundreds of years before His birth.  This prophecy is one of over 300 in the Old Testament about Jesus, His birth, life, and death.

4
But [in fact] He has borne our griefs,
And He has carried our sorrows and pains;
Yet we [ignorantly] assumed that He was stricken,
Struck down by God and degraded and humiliated [by Him].
5
But He was wounded for our transgressions,
He was crushed for our wickedness [our sin, our injustice, our wrongdoing];
The punishment [required] for our well-being fell on Him,
And by His stripes (wounds) we are healed.
6
All of us like sheep have gone astray,
We have turned, each one, to his own way;
But the Lord has caused the wickedness of us all [our sin, our injustice, our wrongdoing]
To fall on Him [instead of us]

4 Surely He has borne our [a]griefs
And carried our [b]sorrows;
Yet we [c]esteemed Him stricken,
[d]Smitten by God, and afflicted.
5 But He was wounded[e] for our transgressions,
He was [f]bruised for our iniquities;
The chastisement for our peace was upon Him,
And by His stripes[g] we are healed.
6 All we like sheep have gone astray;
We have turned, every one, to his own way;
And the Lord [h]has laid on Him the iniquity of us all.