Jesus says that the Sabbath was made for people’s benefit (Mark 2:27). Years ago an Adventist layman wrote in to our Ohio town’s local newspaper, arguing that the Bible never speaks of the Sabbath being changed to Sunday. As I read the letter, I had to admit that the author was correct. Shortly afterward in the newspaper a local pastor countered, “We’re not under the law; therefore the Sabbath is on Sunday.” If you think that the pastor’s argument makes sense, you are a more clever person than I. 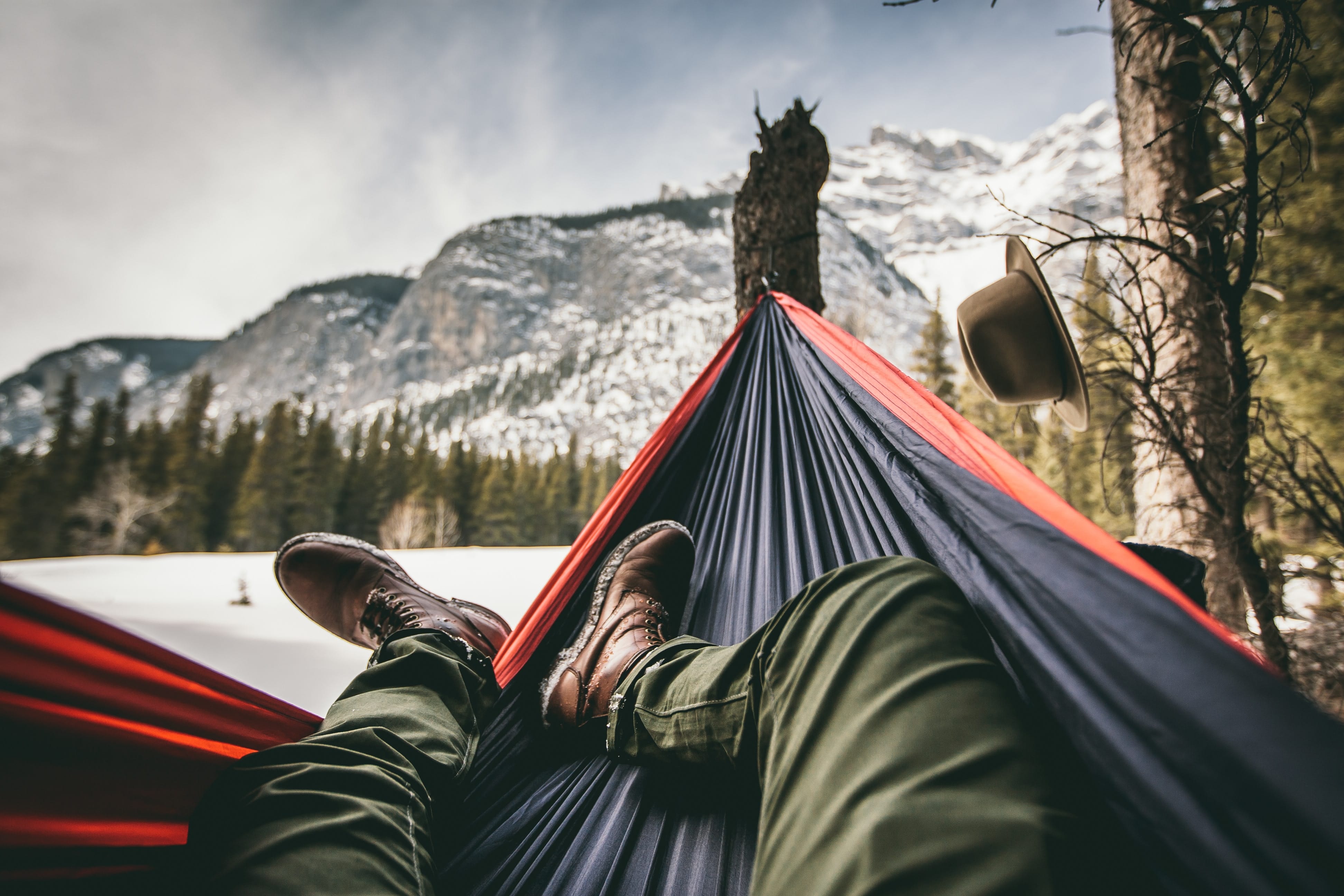 Some years after that I was doing my PhD work when I read an article from Christianity Today about “The Case for Quiet Saturdays.” It argued that the particular day was less essential than that we kept a special day for rest. That got my attention, because, whether the proper day is Saturday, Sunday, or just any day, at the time I was working every day of the week.

As I tried to study the biblical text honestly, I could see that this was not just a matter of keeping laws designated for Israel; God actually modeled the Sabbath rest in creation (Gen 2:2-3). Whether we take that narrative literally or not, the principle of the Sabbath is there, and it apparently is an example for all people, not just those who are ethnically descended from Abraham.

Moreover, it seemed clear that in Scripture, keeping the Sabbath was a serious matter. The law mandated a death penalty for violating it (Exod 31:14-15; 35:2; Num 15:32-36). Although most of us would not endorse execution for all other capital offenses in Moses’s law today, normally we at least view them as sins—offenses such as murder, sorcery, blasphemy, and sexual relations outside of marriage. Likewise, observing the Sabbath is one of Ten Commandments (Exod 20:8-11). We take all the other Ten Commandments as universal; why exclude this one? In the Prophets, God promises to welcome Gentiles into his covenant, provided that we observe his sabbaths (Isa 56:6-7).

Many festivals in Israel commemorated various events; for example, Passover commemorates redemption, tabernacles dwelling in the wilderness, and first fruits celebrates the beginning of harvest. Depending on how we read Exod 20:11, possibly the Sabbath celebrates God’s action of creating the universe in which we live; in any case, it recalls his model of rest afterward, as already noted.

Is the Sabbath necessarily a particular day of the week? This question arouses greater controversy among Christians, and answers often reflect different Christian groups’ interpretive considerations. Churches that accept early Christian traditions beyond the New Testament, traditions from the second century or later, have traditionally said that the Sabbath day must be Sunday. Even those who disagree with them can still appreciate the conviction and devotion of someone like the runner Eric Liddell (“Chariots of Fire”), who kept that day for the Lord.

This tradition affects especially those churches ultimately influenced by the church in the Roman empire, which is the majority of churches today. Nevertheless, the Ethiopian church through its long history often observed both Sunday as the Lord’s Day and Saturday as the Sabbath. Some other African and Chinese indigenous churches, as well as Messianic Jewish believers and Adventists today, observe the Sabbath on the same day as in Scripture.

Those who regard second- and third-century traditions as normative will observe Sunday, but this need not be normative for churches that start only from Scripture. The instructions for the first day of the week in 1 Corinthians 16:2 are for individual members, not about a specified meeting day; the meeting on the first day of the week in Acts 20:7 is probably a Sunday evening gathering (see my Acts commentary for details), and is probably assembled simply because Paul is leaving town the next day.

Churches that insist on following New Testament practice may thus consider a Saturday Sabbath. In Acts, “Sabbath” continues to designate the seventh day (technically Friday sundown to Saturday sundown); although most instances refer to traditional Jewish practice there, there is certainly no indication that the day was changed. Personally, when I discovered the Sabbath principle, I began following it on Saturday, like my Jewish friends. I couldn’t observe the Sabbath on Sundays because, as an associate pastor in a Baptist church at the time, I had special responsibilities on that day. (I took the duties seriously enough that I skipped my doctoral graduation because it would have conflicted with our Sunday service. Although having one’s main worship service on one’s day of rest might be easier for most worshipers, it can be more difficult for some of us with significant ministry responsibilities!)

Others say that the principle applies to any day. Paul appears to approve of both those who honor one day above another and those who honor every day the same (Rom 14:5). Many Gentiles belonged to the Roman church (Rom 1:13; 11:13), and those who were employed by Gentiles, whether as slaves or free persons, could not choose when they would not work. At the same time, we should note what Paul says and what he does not say. Honoring “every day alike” would mean to keep all days sacred (cf. also the broader principle of Sabbath rest in Heb 4:9); those devoting our whole lives to God are not expected to limit worship to a single day. Paul does not, however, list the option of keeping no days sacred!

Whatever the day, the way God designed our bodies, we need a day of rest. Living things need rest to rejuvenate; the law mandates this principle also for livestock and, by sabbatical years, for fields (Exod 20:10; 23:11-12; Lev 25:4; Deut 5:14). Our activity (or perhaps, non-activity!) of resting further communicates theology by what we do (or don’t do): we recognize our limitations as mortal humans. Observing a day of rest also requires us to trust God to make up for this day set aside in devotion to him. For ancient Israelite farmers to observe the Sabbath even during harvest (Exod 34:21) would demand faith in God.

If we do keep a Sabbath, we need to be careful not to treat this as a matter of spiritual superiority, looking down on other believers (Rom 14:5-6; Col 2:16). Paul repeatedly warns believers against division, rivalry, arrogance, and looking down on one another. Such attitudes defeat the purpose of depending on God, and are like doing our righteousness for other people’s approval instead of God’s (Matt 6:1). Jesus contested his contemporaries’ application of the Sabbath, so we recognize that today we should keep it in different ways than Jesus’s contemporaries (cf. Matt 11:28—12:8).

We have noted that Sabbath remains valuable for our health. For those who cannot devote every day directly to God’s work, it is also important to set aside at least a day to focus attention on him and renew our spiritual purpose for the rest of the week. Although pure legalism is counterproductive, I confess that I have to discipline myself somewhat rigidly to observe the Sabbath. That’s because I become so engrossed in my work that I wouldn’t take a break if I didn’t have to. That is, I wouldn’t stop until my body made me stop; by that point we in fact lose more productivity in the long run!

When I realized that the Sabbath principle really was biblical, I was initially unhappy about it. I was working on my PhD and thought I was too busy—even though I am far busier now than I was back then. At that time, the stress of nonstop work was building up, week after week. Recognizing the principle to be biblical, however, I realized that I needed to obey it and I began observing Sabbath.

What I immediately discovered was that it was like a circuit breaker. Granted, stopping my work Friday evening felt like breaking me in a different way—I felt like I was putting the brakes on suddenly. But before the Sabbath was over, I had been able to fully relax, and the stress of the past week dissipated. This way I never carried a week’s work-related stress for more than a week, and it couldn’t accumulate. Hopefully my seventeen books so far (one of them roughly four thousand pages long) illustrates that God enabled me to be productive nonetheless, whether you think that’s because, or in spite of, taking a Sabbath.

“If we do keep a Sabbath, we need to be careful not to treat this as a matter of spiritual superiority, looking down on other believers.”

I do have to admit that I did eventually learn that we need more than just a day of rest. (Even though there’s no biblical requirement for how many hours a person should sleep a night, lack of sleep does catch up to one!) Also, in the early days I sometimes tested the limits to see what could be subsumed under the category of rest. (Writing this some weeks before April 15, I can tell you that doing some of one’s income tax on that day is not a restful activity.) For myself, I lay aside all my book and article writing on the Sabbath; while I am happy to talk about the Bible on any day, I don’t perform my official faculty responsibilities on that day. This discipline helps me not to fixate on my writing and teaching as if there is nothing else in life, like Jack the proverbially dull boy (presumably a less interesting Jack than the one who fell down and broke his crown).

Nevertheless, besides normal prayer and spending time with my family, I do try to catch up on some emails to friends during the Sabbath, as well as reading some of my mail, and so forth. An Orthodox Jewish scholar friend laughs that I keep Shabbat like a Reform Jew (though he graciously welcomed me to spend Shabbat the Orthodox way with his family; that was a particularly enjoyable Sabbath for me).

Not everyone will draw the boundaries in exactly the same places. What is helpful for all of us to realize, however, is that God built us with limits. Observing those created limits by celebrating Sabbath helps us function the way that God designed us. A restaurant chain used to say, “You deserve a break today.” Whether we deserve it or not, God made the Sabbath for people (Mark 2:27)—for our good. It’s a wonderful way to renew your joy and strength.