Mere religious tradition can blind us to what really matters to God. Those whose honor derives from their religious or social status can resent those who speak truth. But Jesus transcends all boundaries and reaches out to all people. He shows true power to transform that mere religious rituals cannot. 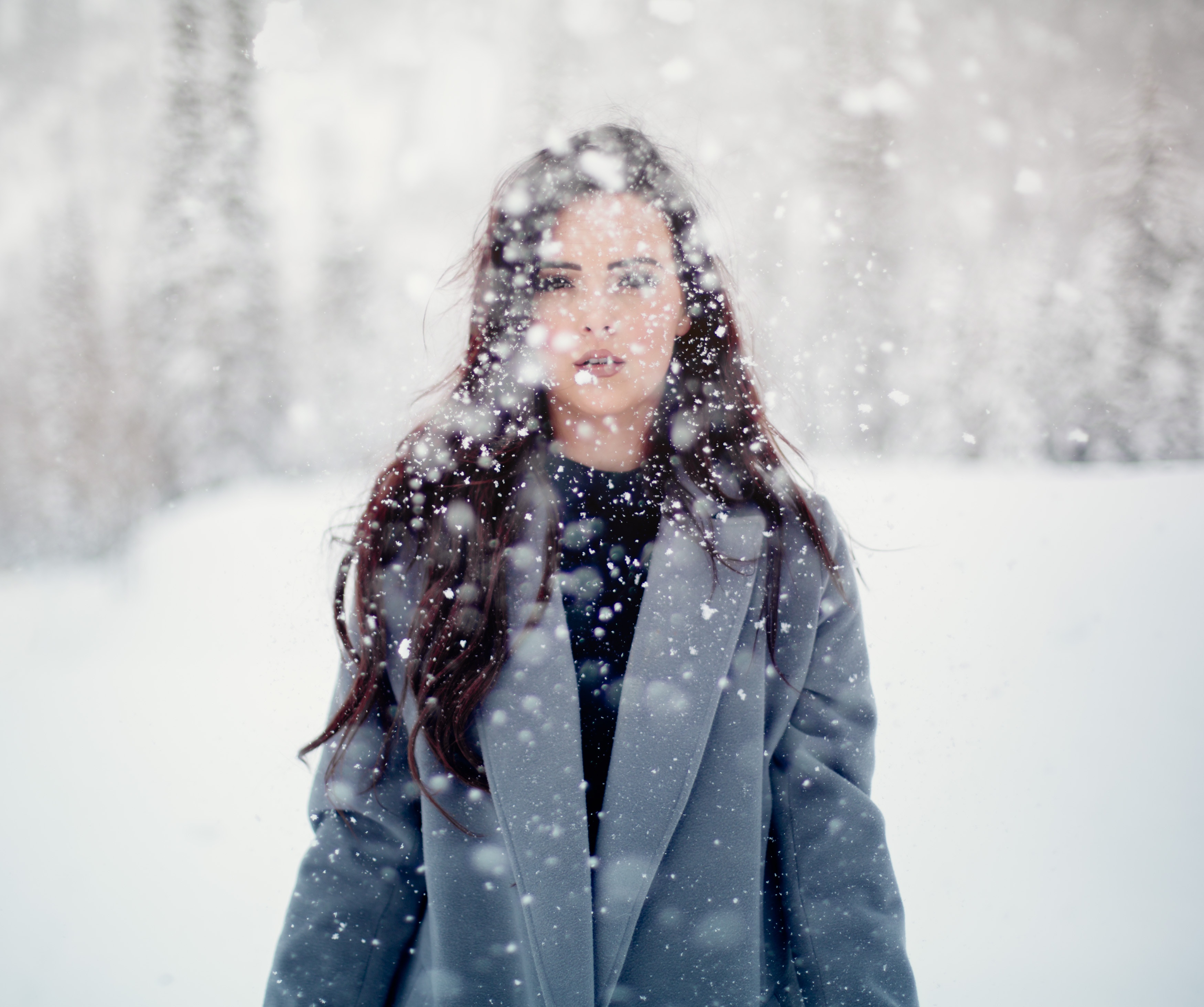 Jerusalem was the dominant city in the region of Judea and Galilee. Jerusalem therefore had the largest concentration of scribes, or teachers of the law, and Pharisees, known for their meticulous concern with biblical laws and Pharisaic traditions. Some of these scribes and Pharisees noticed that Jesus’s disciples did not ceremonially wash their hands before a meal. Because teachers were considered responsible for their disciples’ behavior, these religious leaders challenge Jesus concerning why he allowed this breach of traditional purity (Matt 15:1-2). Their concern was not one of hygiene (which is a valuable thing) but one of ritual purity. (Unlike Mark, who writes mainly for Gentiles, Matthew does not need to explain this custom, which was common among Jews even far away in the Greek world.)

Jesus responds, however, by highlighting the inconsistent values in their religious traditions. Customs are not necessarily evil, and sometimes they can be helpful in avoiding needless offense (cf. Matt 17:24-27); but they must never be allowed to take priority in our lives over biblical principles. Scripture demanded honoring parents (see especially Exod 20:12), which naturally included providing for aged parents (Matt 15:4). Pharisees would have agreed with Jesus on this point. Yet Jesus explains that they value secondary rules in the name of religion so highly that they could ignore someone using religion as an excuse to dishonor parents (Matt 15:5-6). They were inconsistent to value human traditions to this extent, because in so doing they valued them above what Scripture, God’s own Word, said (Matt 15:3, 6). Thus they were hypocrites, just like those whom the biblical prophets condemned (Matt 15:8-9).

“Divine truth is what God has revealed about himself rather than human guesses about him.”

The real issue here, Jesus points out, is not hand washing, but condemning others based on merely human rules, while ignoring what God has already explained matters most to him. Scripture reveals God’s heart; it shows God more concerned about love and justice for others (cf. Matt 22:35-40; 23:23) than about mere rituals, especially rituals not even mentioned in the Bible! Because Jesus honors Scripture highly, as “God’s word” (Matt 15:6), we should do the same, evaluating our rules by its standards. Scripture’s central ethical concerns have to do not with rituals but with how we treat others. (See the sample prohibitions in Matt 15:19, four or five of the six from Exod 20:13-16, the same passage as Exod 20:12 used above; compare also four of the issues in Matt 5:21-48.)

Jesus’s public reproof of the religious leaders worries the disciples; it seems imprudent to offend society’s powerful (Matt 15:12)! Jesus, however, has simply responded to the religious leaders’ criticisms of others; Jesus has been defending his disciples. He explains that the future does not lie with these apparently powerful people; God’s kingdom is about what God establishes, not about what people accomplish by their own religious ideas (Matt 15:13-14). The truly wise are not those who come up with their own ideas about God; indeed, even the disciples Jesus had chosen were not always the most intellectually proficient (Matt 15:15-16). True wisdom means recognizing that God is by far the wisest of all, and therefore we should accept God’s Word. Divine truth is what God has revealed about himself rather than human guesses about him (cf. Matt 16:17).

Far more offensive than the impurity of unwashed hands, however, was the supposed impurity of the sorts of people that Jewish people deemed impure—Gentiles (Matt 15:21-28). Jesus takes his disciples into a Gentile region, and a woman there begs him to deliver her daughter from a demon (Matt 15:21-22). In Mark 7:26, Mark calls the woman a Syrophoenician Greek; this means that she belonged to the ruling class of Greeks who now controlled the Gentile cities to the north of Galilee. Many of the common people of this region, however, were descended from the Canaanites displaced by Israel’s earlier conquest. Matthew thus calls her a “Canaanite” (Matt 15:22; cf. two Canaanite women in 1:3, 5)—whom his Jewish contemporaries might view as the most impure among the impure Gentiles! Jesus’s disciples, who like some believers today shared the values of their culture, certainly did not want her around (Matt 15:23).

Because Jesus’s initial mission was only to Israel (Matt 15:24), Jesus initially puts this woman off in 15:26. Her class might have considered such behavior shocking. This woman belonged to the urban ruling class that heavily taxed the countryside, so that many poor people’s children went hungry at times. Now Jesus was putting “the children’s bread” first, and she, a member of the ruling class, was the outsider! “It is not good to take the children’s bread and throw it to dogs,” he warned. Jewish people considered dogs unclean, Gentiles used “Dog!” as an insult, and even a mere comparison with dogs (as is the case here) could be offensive if someone chose to take it that way.

This woman, however, does not try to maintain her dignity or rank; nor does she maintain ethnic prejudice against the Jewish descendants of the Canaanites’ ancient enemies. Instead, she desperately refuses to give up her daughter’s cause, and humbles herself. She, a Gentile, had already recognized Jesus as Son of David—the rightful king of Israel (Matt 15:22). (This is before Peter confesses Jesus as the Christ in Matt 16:16!) Now she is ready to accept her subordinate position beneath him and his people. “Even the dogs eat the crumbs dropped from their lord’s table!” she pleads (Matt 15:27). In her Greek culture, dogs could also be household pets; they could eat scraps from the table. In other words, she does not need a big expression of his power; even a little bit is enough to deliver her daughter. Like the Gentile centurion speaking on behalf of his servant, she recognizes that he has more than enough power that even a little will be sufficient (Matt 8:8)!

“Christ transcends all ethnic and class barriers for those who trust in him, for us who recognize that he alone is our hope.”

Even though it was not yet time for the mission to the Gentiles (though it soon will be, Matt 28:19), Jesus grants the woman’s request and delivers her daughter (Matt 15:28). As he did with the centurion (Matt 8:10), so here he commends this Gentile’s faith (Matt 15:28). She has expressed faith by recognizing that Jesus is her only hope, and by accepting whatever conditions he might place on her as a sign of his rulership. Jesus responds by setting aside a rule not yet universally abolished so he could respond to her heart. Now it becomes clear, even in advance of the Gentile mission in Matt 28:19, that Gentiles can be delivered by faith, and the impure can be made pure. The greatest purity is not the purity of ritual, but the purity of the heart in Christ (Matt 15:11, 17-20). Ultimately, Christ transcends all ethnic and class barriers for those who trust in him, for us who recognize that he alone is our hope.

Jesus goes on to heal the broken (Matt 15:30-31) and feed the hungry (Matt 15:32-38). He does not depend on the approval of the powerful or the favor of the influential (cf. Matt 15:7, 12), nice as those may have been. Instead he reaches out to the powerless. Ultimately this course will lead to the displeasure of the powerful people (such as some of the aristocratic priests) who exploited the powerless, and would lead Jesus to the cross. The gospel is realistic, warning us that there is a price for meeting desperate needs more than seeking worldly power. Yet Jesus, like the woman in this story, had faith: he depended on the Father alone, and gave his life knowing that the Father would raise him up.