The first few commandments of the Ten Commandments teach us a great deal about our relationship with God in general. 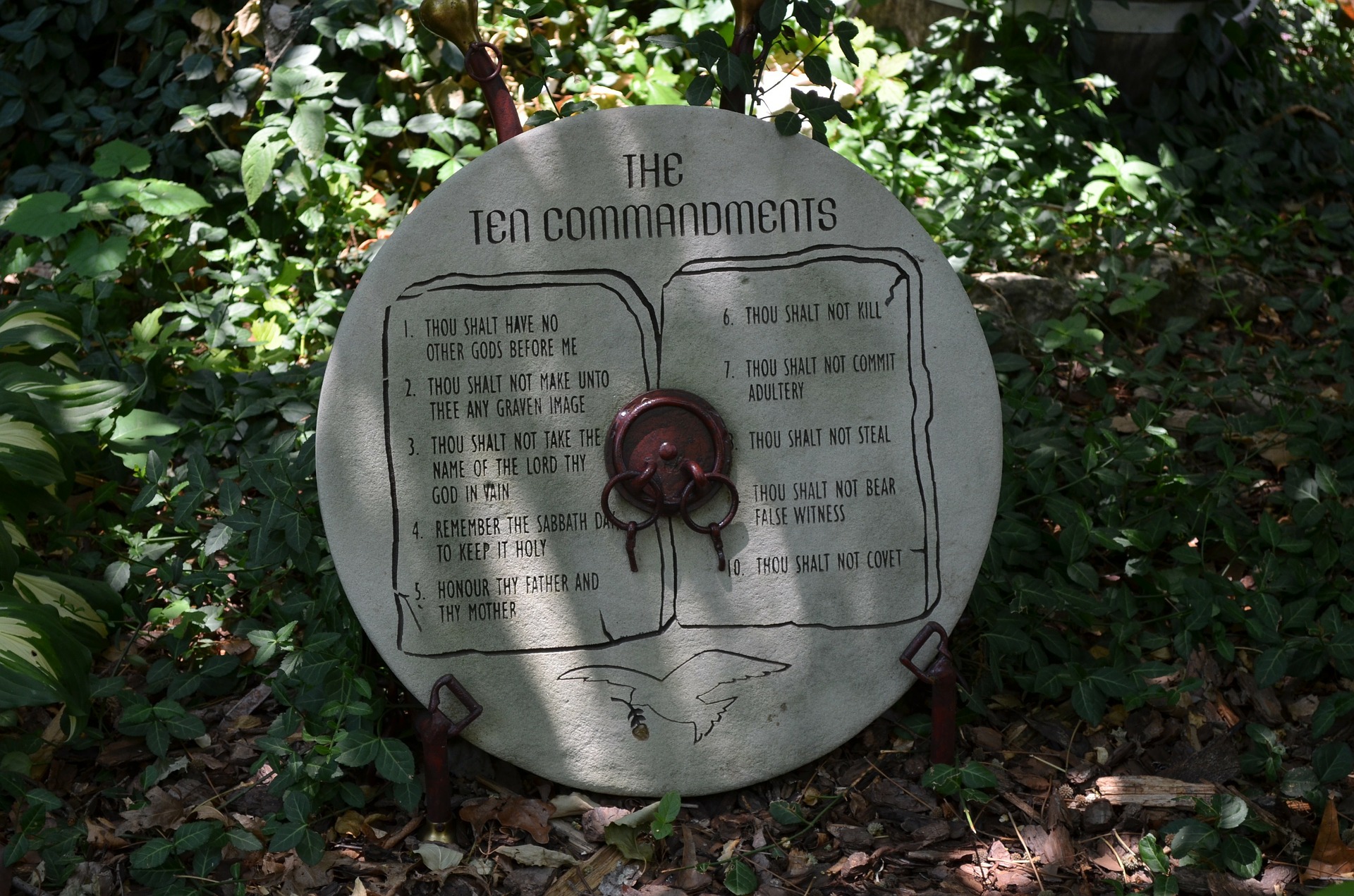 First of all, we should obey God because of who He is and what He’s done. The passage alludes both to God’s work in creation (Genesis 1) and His work in the exodus. God prefaces the commandments by reminding us that He is the God who brought His people from Egypt (Exodus 20:2)—the redeemer. As in the New Testament, so here grace and redemption precede commandments. As we say in the African-American church, God has “brought us from a mighty long way”!

We shouldn’t make images of God because they cannot reflect who God really is. Do not make idols like anything in heaven or on earth, He warns (20:4); God is the one who made the heavens and the earth (20:11), and He made them good. He is not like the gods worshiped by nations that surrounded Israel; these gods themselves broke the sorts of commandments God offers here. Anath coveted and murdered to get what she wanted; other gods stole, committed adultery, and the like.

We must not worship them because the real God sees (20:5-6). Because He loves us, He is “jealous” over our love (20:5), not tolerant of other lovers who destroy us by leading us away from Him. Unlike the tolerant god of some people’s fantasies, He will punish those who hate Him, even to multiple generations (20:5). By contrast, however, He will reward with His covenant love those who keep His commandments—even to the thousandth generation (20:6)—so much greater is His mercy than His wrath! (For example, He will punish those who take His name in vain, 20:7, and reward those who honor their parents, 20:12.) (Lest anyone doubt that “thousands” here means “a thousand generations,” it is explicit in Deuteronomy 7:9.)

Second, we recognize that the commandments point us to God Himself first. He demands that we accept no other gods in His sight (i.e., anywhere; Exodus 20:3), follow no idols (20:4), and do not dishonor God’s name (20:7). Specifically, taking God’s name in vain meant falsely invoking him to attest the truth of one’s words, as one might do in court. But the principle would also apply to lying in God’s name, e.g., with phony preachers. More generally, a principle here is that we must honor God. Indeed, one day a week is a sabbath to the Lord (20:10).

The Importance of the Fifth Commandment

Third, before addressing ethical principles toward others, the commandments turn to honoring parents (20:12). The first four commandments deal with God; commandments six through ten deal with people. Between these is the fifth commandment, the commandment to honor one’s parents. The term for “honor” could also apply to God’s own glory (Exodus 14:18; Leviticus 10:3).

God promises those who obey this commandment that they will have long life on the land. This fits His earlier promise of love to a thousand generations (Exodus 20:6), which presupposes that one walks in the ways of parents and ancestors who love God and keep His commandments. Judgments, however, await the third and fourth generation of those who hate God (20:5). Thus if we do not want to inherit ancestral judgments, we must not walk in the ways of ancestors who hate God, but move to the other side of the ledger.

We often grow up learning our parents’ ways—marital patterns, childrearing patterns, alcohol and other substance abuse patterns, and so forth. No parents are perfect, but we can learn discipline and the practice of obedience and loyalty from them. We should respect their office, but not imitate any behavior that is wicked or abusive. We should especially respect and imitate their ways insofar as they are righteous. This also conditions us in our relationship toward God.