The other day I was laughing while recounting to my wife about an incident that took place when I was maybe 22 or 23 years old.

A Bible college student who was about my age had invited me to speak at a worship service that he was leading. I was feeling nervous, as always before I spoke, conscious that I was better at “teaching”—explaining biblical passages—than at rousing hearers’ emotions with stirring rhetoric. 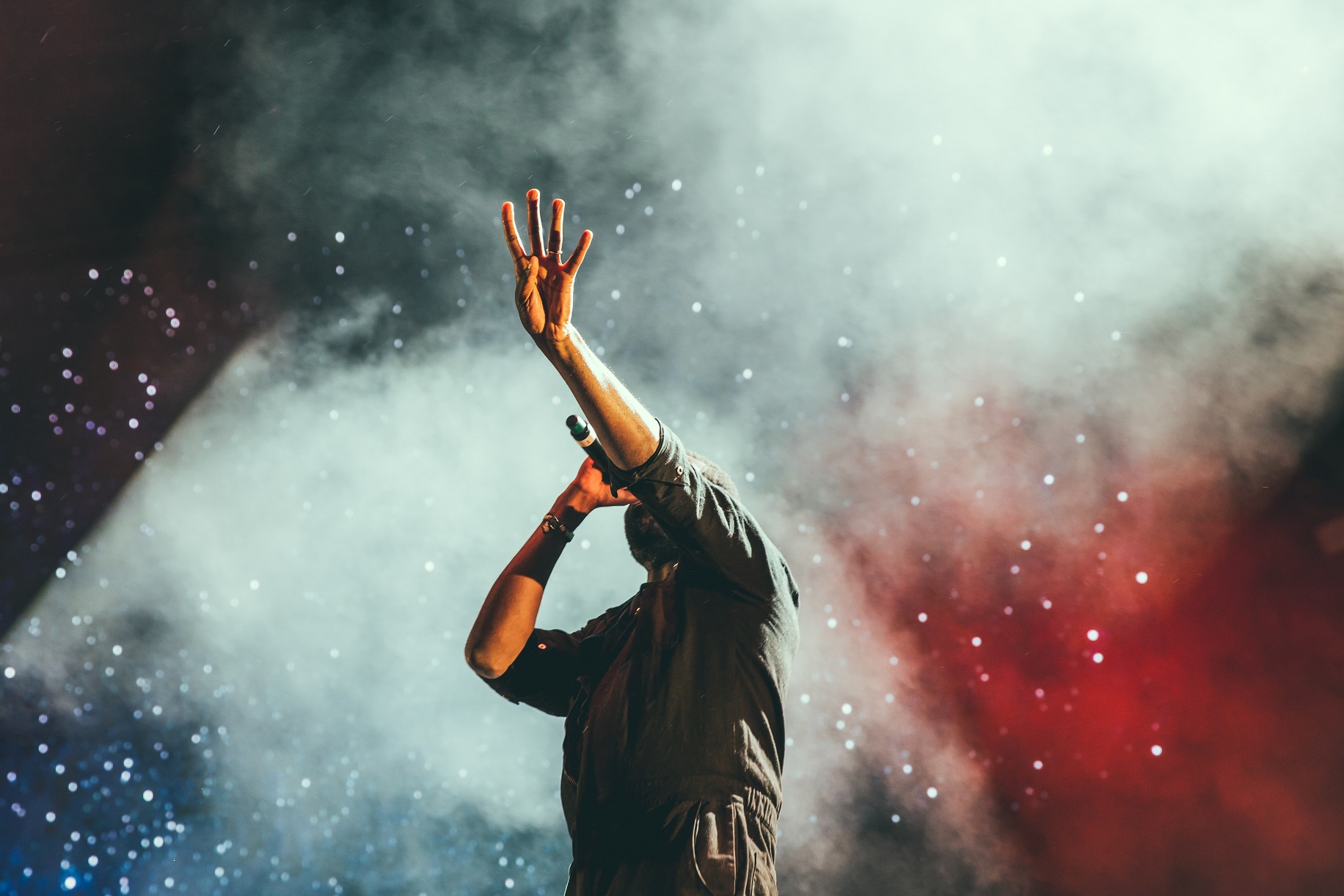 But the young man who invited me was indeed a rousing speaker. He got everybody stirred up. He was urging everybody to vote for a particular political candidate, a mixture of church and state that one of my classes had taught me was illegal under IRS rules. (His candidate was Ronald Reagan. I did vote for Reagan in that election, and though earlier too young to vote, I had campaigned for Jimmy Carter. To avoid offending members of either major U.S. political party now, I shall simply insist for both cases that I was very young back then. Though if Jimmy Carter wanted to run for his second term in this next election …)

Worse, in my view, he was shouting that we were going to kick in the devil’s teeth and stomp on him. I took such rhetoric to be a violation of Jude 8-10:

“Yet in like manner these people also, relying on their dreams, defile the flesh, reject authority, and blaspheme the glorious ones. But when the archangel Michael, contending with the devil, was disputing about the body of Moses, he did not presume to pronounce a blasphemous judgment, but said, “The Lord rebuke you.” But these people blaspheme all that they do not understand, and they are destroyed by all that they, like unreasoning animals, understand instinctively.” (ESV)

He got the crowd really worked up, but I, meanwhile, was growing angrier and angrier at his rehearsal of old-time Pentecostal rhetorical tropes without regard for the context of passages that I lost my fear of speaking. If he could get up there and spout unresearched drivel, I could get up and preach the text soundly. I preached confidently, at points fiercely, just the way the same audience liked it. It was thoroughly rousing, both biblical and in fairly old-time American Pentecostal preaching style. And when it was done, the brother congratulated me.

And I took that opportunity to rebuke him for his violation of IRS policy, for his inappropriate mockery of (fallen) angelic majesties, and probably for speaking (as I recall—it’s been many years) about things like “binding the devil” based on Pentecostal tradition instead of on what the “binding” texts meant in context.

As I was recounting this story to my wife, I suddenly stopped laughing. At this more mature stage of my life, it occurred to me to consider not what this brother had done, but what I had done to him. This was a kind brother, doing his best, but I laid into him. Yes, he probably had some unsound elements of Word of Faith teaching, and maybe nobody had explained to him about IRS regulations. But he was my brother in Christ. He was a Bible college undergraduate in his 20s, not a scholar; I should have shown him some mercy. I could have met with him and challenged him gently on some point if I thought they were matters of grave concern. My reproof was deeply unkind, yet he responded with grace and humility.

As I recounted the story to my wife, I realized that I had been severely guilty of pride, and of judging others more harshly than I would want to be judged. Granted, sound doctrine isimportant. But I was in my early 20s, enthralled with my new (but still so small) academic knowledge. I, no less than he, had a whole lot yet to learn. I, probably even more than he, needed God’s mercy in my life. Yet I did not show it to my brother in Christ, and my hit-and-run correction probably did him little good. If perhaps he was neglecting Jude 8-10, I was neglecting 2 Tim 2:23-26:

“Have nothing to do with stupid and senseless controversies; you know that they breed quarrels. And the Lord’s servant must not be quarrelsome but kindly to everyone, an apt teacher, patient, correcting opponents with gentleness. God may perhaps grant that they will repent and come to know the truth, and that they may escape from the snare of the devil, having been held captive by him to do his will.” (NRSV)

In context, 2 Timothy 2:23-26 speaks of correcting those in serious heresy. How much more should I be gentle with those whose errors were comparatively minor and who were open to correction! 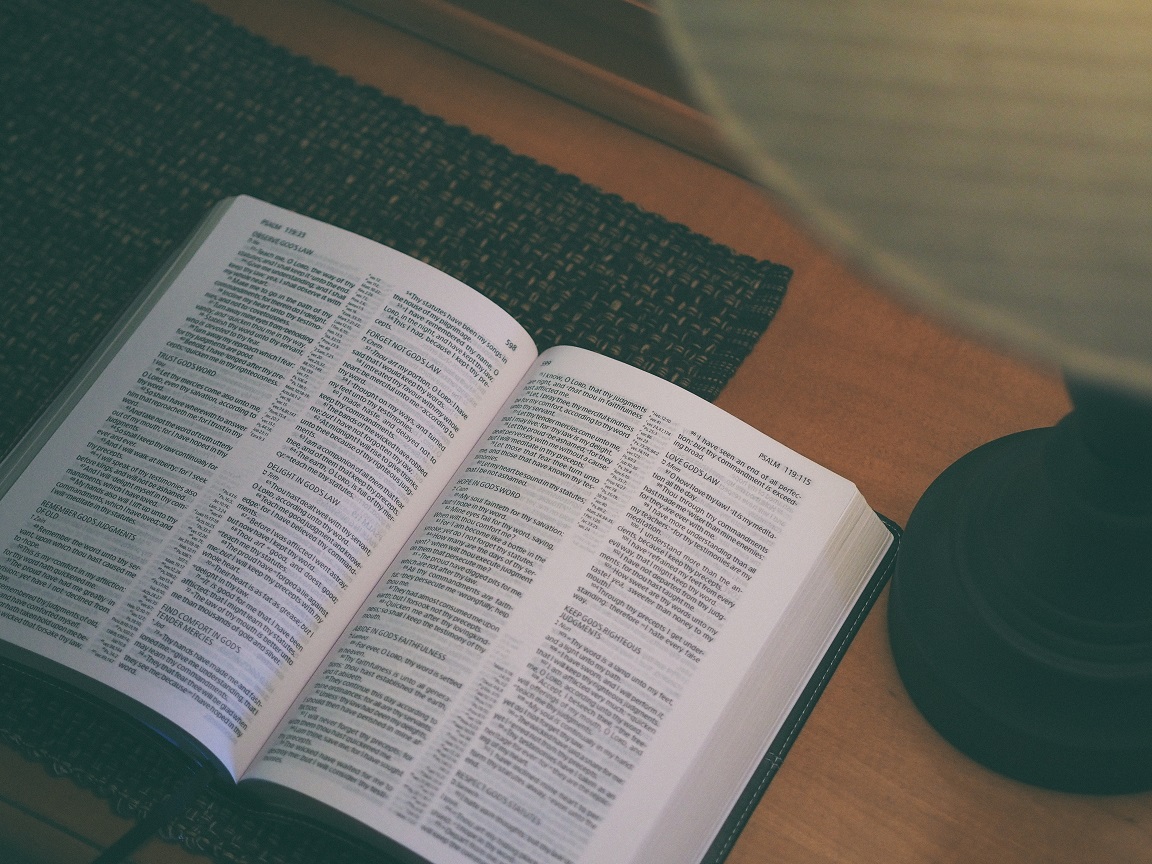 I should have been gracious and gentle with my brother, the way I wanted the Lord to be with me. I was a young guy who knew a fraction of what I knew now, yet I acted from a position of arrogant superiority. I still think that what my brother said was in error, but in my rightful zeal for truth I wrongly crushed the spirit of my brother. From God’s perspective, which of us was in greater error?

Since then I have taught in some academic settings alongside non-Christians or alongside those who would claim to be Christians yet denied something as central as Jesus’s resurrection from the dead. I maintained my ground, looking out for the welfare of my students and honoring what I believe to be true. But I also had to learn, for the sake of those colleagues and of the same students, to be at peace with and love my colleagues. During the most notable of those periods, my chief allies in clearly articulating the saving message of the gospel were a cessationist and someone influenced by Word of Faith teaching. In an environment not disposed toward the gospel, the gospel that united us was bigger than the important differences that divided us.

Through the prism of more decades in the real world, I look back at how I treated my brother in Christ on that day and instead of laughing at how his error made me “preach well” I am filled with remorse for how I treated him.

“One reason that Truth matters is that it changes people’s lives.”

One reason that Truth matters is that it changes people’s lives. But I brandished it as a weapon instead of caring for my brother who had given no indication of unwillingness to rethink things. I was still in my old Bible college mindset of debating ideas without much sensitivity to those who held them, or to why they held them. (I am not blaming the Bible college for this; rather, I was young and inexperienced, reveling in academic theory without much pastoral experience yet working with real and usually broken people.) Now I would want to be patient with my students, and especially the youngest and greenest ones. It horrifies me now, in my fifties, to think of how I treated a guy in his twenties (though I was his peer back then).

When I was pastoring, I assaulted a certain doctrinal stronghold in the congregation (varying elements of Word of Faith teaching) so firmly that one young man, who did find himself forced to abandon some tenets he had held dear, nicknamed me a heresy hunter. I hope that today in a similar situation people would find me a friendlier dialogue partner: bringing to bear the Scriptures, but in love and without arrogance. I still have plenty of room to grow. The kingdom is not about me. It’s about Jesus. And when Jesus found people like sheep without a shepherd, he had compassion on them and taught them (Mark 6:34). Granted, he lambasted the arrogant who taught others falsely (and there is a place for this today as well). But he welcomed the humble, including those ostracized by others as immoral or as traitors to God’s people.

There are brothers and sisters who might have less knowledge than I do in some areas yet love Jesus with all their hearts. If I am gifted with knowledge, my role is to serve them, not to crush them. Even regarding food offered to idols, Paul warned, “… knowledge puffs up while love builds up” (1 Cor 8:1). We need to speak the truth in love (Eph 4:15); if we have all knowledge, but don’t express it in love, we are nothing (1 Cor 13:2).

I still need grace. A few decades from now I will probably have some remorse about my present blind spots. In light of eternity with Christ, when we know as we are known, what will matter most is that we acted in love. People need truth; and teachers will be judged most strictly (James 3:1). But people also need patient teachers, and teachers who can distinguish issues of the gospel from errors that may cause them trouble yet do not in themselves constitute apostasy. Zeal without knowledge is not good; and knowledge without love just puffs up arrogance. Forgive me, my Lord.