I have talked with Christians and non-Christians who were afraid they had committed the unpardonable sin.

Just about everyone had a different understanding of exactly what it was, but they all felt hopeless. Christians who believe they have committed the unpardonable sin have a difficult–if not impossible–time accepting the doctrine of eternal security. This is the main reason we need to deal with the issue.

Hundreds of verses in the Bible promise the forgiveness of our sins, but only one passage refers to an unforgivable sin. Let’s examine it to gain insight.

Jesus had healed a demon-possessed man who was blind and could not speak, “so that the blind and mute man both spoke and saw” (Matthew 12:22). The multitudes following Jesus began to say, “This man cannot be the Son of David, can He?” They wondered if He was the Messiah.

On the other hand, the Pharisees accused Jesus of casting out demons by Beelzebub, the ruler of the demons. Jesus’ response to their accusation led Him to conclude what He said in Matthew 12:31-32. In this passage He refers to blasphemy. 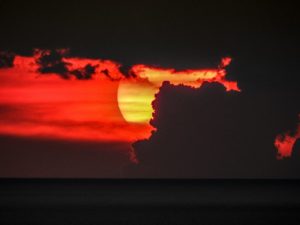 The term blasphemy may be defined “defiant irreverence.” We would apply the term to such sins as cursing God or willfully degrading things considered holy. In this passage the term refers to the declaration of the Pharisees who had witnessed undeniable evidence that Christ was performing miracles in the power of the Holy Spirit. Yet they attributed the miracles to Satan. In the face of irrefutable evidence they ascribed the work of the Holy Spirit to that of Satan.

I agree with a host of biblical scholars that this unique circumstance cannot be duplicated today. The Pharisees had seen proof of Christ’s deity. But instead of acknowledging Jehovah God, they attributed the supernatural power to Satan instead of the work of the Holy Spirit.

Christ is not in the world as He was then. Although the Holy Spirit still accomplishes supernatural things through His servants, they are merely representatives of the King. The circumstances of Matthew 12 make it impossible for this sin to take place today. This incident, I might add, is the only one in which a sin is declared unforgivable. The Bible states, “Whoever calls on the name of the Lord shall be saved” (Romans 10:13). No invitation to salvation carries with it an exception clause, “unless you have committed the unpardonable sin.”

No matter how evil our sins, there is pardon for them. God forgave David for his adultery, dishonesty, and murder (2 Samuel 12:13, Psalm 51). Simon Peter’s denial of our Lord accompanied by profanity was forgiven (Matthew 26:74-75). The apostle Paul was forgiven of his pre-conversion merciless persecution of Christians (Acts 9:1). Just about every possible sin is listed somewhere in the New Testament. And every one of them falls into the category of forgivable.

Although there is no unpardonable sin today, there is an unpardonable state–the state of continued unbelief. There is no pardon for a person who dies in unbelief. The Bible refers to this in terms of having a hard heart. The hardening of the heart is not a one-time act. It is the result of a gradual progression in which sin and the conviction of the Holy Spirit are ignored. The hardened heart has no desire for the things of God. But if you have a desire in your heart for God, as expressed through concern that you have committed some sort of unpardonable sin, you do not have a hardened heart. Your concern confirms your innocence. God always welcomes those whose hearts are sensitive toward Him.

On the other hand, if you are unsaved, that can be remedied this very moment. Salvation is by faith alone–faith in the death of Christ for your sin. You can place your faith in Christ by praying a simple prayer expressing trust in Christ alone for the payment of your sin. Acknowledge you sin, accept Christ’s payment, receive His forgiveness, and thank Him for the gift of eternal life.