Therefore shall a man leave his father and mother, and shall cleave unto his wife and they shall be one flesh. Genesis 2:24

When Jesus was challenged by the religious leaders of his day concerning marriage and divorce, he pointed them back to the book of Genesis.

There were two schools of thought on the subject of divorce. 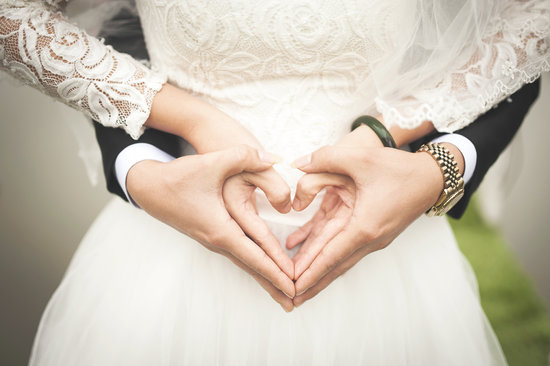 The Pharisees were confident that whatever school Jesus sided with would put Him in the wrong. Jesus however pointed them back to creation, when there was only one man and one woman; joined together for life. This was the divine pattern. When the Pharisees claimed that Moses had given them the right to divorce Jesus bluntly told them it was because of the hardness of their hearts.

“Before I realized what I was saying the words “Is there someone else” tumbled out of my mouth in a question to my husband. He hesitantly responded, “There could be.”

“Yes,” was his timid reply.

Instantly filled with rage I began wildly beating him on the chest. Sobbing I repeatedly screamed, “How could you How could you do this”

Her life fell apart, and for months she could not pull herself together. Finally one night she laid her head on her pillow and realized that for the first time a full day had passed without crying. It was a milestone moment in her healing. From that time on she began to depend on the Lord Jesus to help her through the hurt.

A full day had passed without crying!

As she became stronger in her faith, other women began to ask her to share her healing with them. Her valley of despair became a path to minister to others who had experienced the same trauma.

Christian marriage begins when a man and a woman make a covenant with God, to be true to each other until death.

When one of them contemplates divorce the reasoning is usually, ‘I don’t love my spouse any more’. Love is an emotion and will wax and wane over the years, but marriage is a commitment each made to God.

When the ‘D’ word is considered, you are accountable first to God, before even to your spouse. This is why it is called Holy Matrimony! Sadly today the divorce rate in Christian communities parallels that of non-believers.

When there is an accident on the highway, first responders are called; lights and sirens flash and blare, this is an emergency! When the subject of divorce is first brought up, it is time for first responders to be called.

Take these steps of you sense your marriage is in trouble

Call for godly counsel, contact a marriage counselor, make every effort you know how to repair the damage. If you value your relationship with the Lord, find a way to reconcile, and find happiness with your spouse again. You can do this. Don’t give up on your marriage.

Seek the ‘One-True- Love’ who will never change or leave you — Jesus Christ. He can heal your wounded soul.