The killing of 8-year-old Maddie Clifton by 14-year-old Joshua Phillips in Jacksonville has come to resemble an all-too-familiar pattern: Kids that turn into killers.

In recent months we have seen this frightening scenario played out in, among other places, Tampa and Orlando. These tragedies have led to a myriad of suggestions on how to best tackle the problem of youth violence. 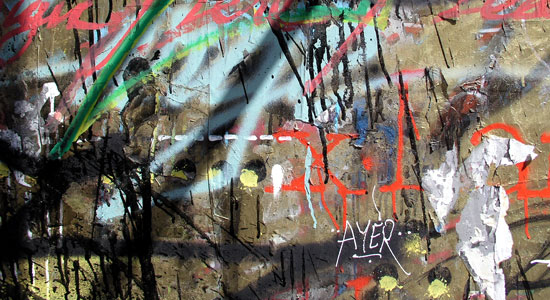 Much of this discussion has been dominated by adults, who are often removed from the everyday realities of youth violence. So we thought it might be a good idea to hear the perspective of those closest to ground zero: kids themselves.

We commissioned Wirthlin Worldwide, the internationally respected polling firm, to conduct a survey of 500 youth between the ages of 13 to 18. The results of the survey surprised us, and paint a picture of teenagers more aware than we think of the societal and family problems around them.

For example, teens are not mindless consumers of today’s popular culture. An amazing 54 percent of those teens surveyed agreed that “Violence in music and on TV encourages youth violence.” Young teens, particularly 13-14 year olds, were even more convinced that it was a factor: nearly two-thirds (66 percent). Indeed, the vast majority of teens (86 percent) who agreed that violence in entertainment encouraged youth violence believe “There should be efforts to reduce the amount of violence in music and on TV.” This despite the fact that teens are by far the largest consumers in the country of popular music and television programs that depict violence.

Teens also prove to be keen observers of the breakdown of the family. Perhaps they have seen it among their own circle of friends, or among their classmates. Whatever the reason, 68 percent of our teenagers believe that “Youth are more likely to be violent and commit crimes when their fathers are absent from the home.”

Teens also identify strong marriages as a deterrent to youth violence. Overall 72 percent agreed that “Mothers and fathers with strong marriages are less likely to have children or teenagers who are violent and commit crimes.” Young teenage boys in particular seem to be crying out through this survey for a stable home life. Fully 85 percent of males aged 13-15 surveyed said that strong marriages were important.

The solutions that teens identified as most likely to work in tackling this problem are also illuminating. When asked what the best solution would be, teens mentioned the following, in order, as their top three: “Parents who commit to marriage and stay involved in their kids’ lives;” “Positive role models who participate in kids’ lives;” and “Teaching moral principles to youth.” Far from recoiling at parental authority and advice from their elders, kids see them as an important part of the solution.

Youth violence is a scourge that speaks sadly about the present state of our culture. But the attitudes of our children should offer us great hope. Far from being nihilistic, self-absorbed, and operating in a moral vacuum, our kids seem to have a better grasp of this problem than we might think. The teens we surveyed identified the root causes of youth violence and several solutions. Perhaps our first step in curing this cultural cancer is to listen to their prescriptions.