The Faith to Refuse

A two part lesson on faith by Jim Thornber.

By faith Moses’ parents hid him for three months after he was born, because they saw was he was no ordinary child, and they were not afraid of the king’s edict. By faith Moses, when he had grown up, refused to be known as the son of Pharaoh’s daughter. He chose to be mistreated along with the people of God rather than to enjoy the pleasures of sin for a short time. He regarded disgrace for the sake of Christ as of greater value than the treasures of Egypt, because he was looking ahead to his reward. By faith he left Egypt, not fearing the king’s anger; he persevered because he saw him who is invisible. By faith he kept the Passover and the sprinkling of blood, so that the destroyer of the firstborn would not touch the firstborn of Israel. By faith the people passed through the Red Sea as on dry land; but when the Egyptians tried to do so, they were drowned. Hebrews 11:23-29

In June of 1988, I decided to abandon my life in California and head for a new life in a monastic community in Arkansas. Except for my books and a 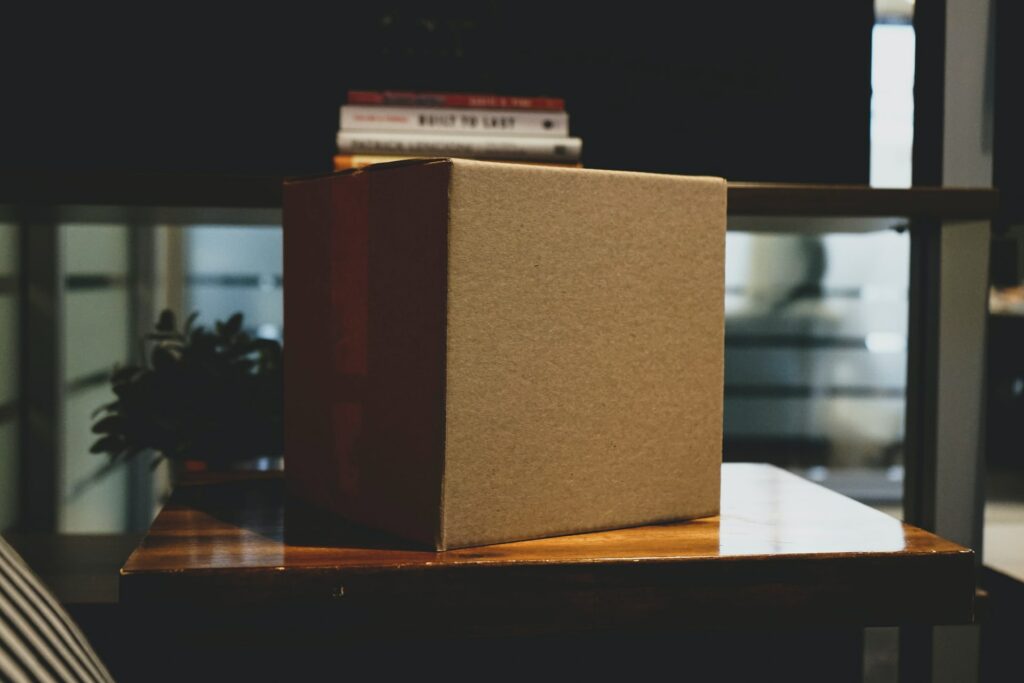 few clothes, I literally got rid of everything else. It was suggested to me that I should save a few things ‘in case it didn’t work out in Arkansas.” But I knew that I could not say I was giving my entire life to God in a new way while at the same time holding on to a garage full of stuff in Thousand Oaks, Calif. I had to let everything go if I was going to profess poverty, chastity, and obedience to God.

Not long after I made the commitment to move to Arkansas, I received a job offer from a former employer. It included a sizable raise, health benefits, and eventually a work truck. It was quite a temptation for a 27-year-old single male in Southern California. I thought about it for oh, maybe five seconds. Then I said no. But I have seen that pattern before. One makes a commitment to God, and then shortly afterwards a counter offer presents itself and a choice must be made. Will I stay the course with God or will I justify breaking my commitment in hopes of ‘better” things?

One aspect of our faith that must be addressed is our faith to refuse.

Jesus made a public commitment to God under the baptism of John, and immediately afterward the devil made Him a counter-offer in the desert. Did you ever wonder why the temptation of Jesus didn’t come before His public commitment at the Jordan River? For the same reason the devil never tempts us before we have committed to God—we are no threat to the devil if we have nothing to stand for. Only when we make a stand in the kingdom of God does the enemy see his potential loss of investment in our lives. It is then that he comes and makes a different offer, an offer that tempts us to ‘enjoy the fleeting pleasures of sin” (v. 25).

Jesus and Moses saw the trap of a short-term life of sin, and they both turned it down. They knew that the ‘pleasures of sin” for however long they remain pleasurable were nothing compared to the pleasures and fulfillment that God offers us if we remain true to Him. There are two important items we must see here. One, sin is pleasurable, and two, God has given us a way to overcome the pleasures of sin.

And sin is pleasurable. We wouldn’t do it if we didn’t enjoy it, so what is it that we enjoy? Is it a consistent drug or alcohol high, the excitement of a little sexual promiscuity, a bit of cheating in our finances, or the release of rage as we really tell off that person who bugs us at work or at church? Perhaps they are the simple pleasures, like eating more than we really know is healthy, gossiping about that other person who really has it coming, envying a neighbor for material possessions or a spouse, or taking an attitude about instructions we have been given because they don’t go our way.

There are lots of ways to find pleasure in sin, but Moses and Jesus both knew how to overcome them, and each did so by ‘looking to the reward” (v. 26).

They refused the best the world had to offer by ‘anticipating the payoff” (The Message), looking ‘forward and away to the reward” (Amplified), having their eyes ‘fixed on the coming day of recompense” (NEB). This idea of looking ahead means to keep one’s attention on something, the way an artist keeps his eyes fixed on the object or model he is reproducing. Only by keeping our eyes upon Jesus as our object and model will we find the desire to turn away from the pleasures of sin and embrace the faith to refuse all other offers.

In this passage we can see nine ways that faith refused to succumb to sin.

The first way was seen in the actions of Moses’ parents, who showed the faith to refuse to disobey God’s Laws (v. 23a). By not killing their child at the order of Pharaoh, they showed that they put God’s Law above that of man, and feared the wrath of God more than they did the wrath of earthly leaders (Exodus 1:17; Acts 4:19).

Next, they had the faith to refuse to fear immoral leadership (v. 23b). Exodus 1:17 tells us, ‘The midwives feared God and did not do as the king of Egypt commanded them, but let the male children live.” David said, ‘In God I trust; I shall not be afraid. What can man do to me?” (Psalm 56:11). We see this same attitude in Hananiah, Mishael and Azariah, who told Nebuchadnezzar, ‘We do not need to defend ourselves before you in this matter. If we are thrown into the blazing furnace, the God we serve is able to save us from it, and he will rescue us from your hand, O king. But even if he does not, we want you to know, O king, that we will not serve your gods or worship the image of gold you have set up” (Daniel 3:16-18, NIV). There must come a point in our lives when we realize that it is more important to fear God than to fear man. When we get to that point, we might be amazed at the places in our lives we see the triumph of God.

Third, in Moses we see the faith to refuse to put family above God. One does not have to use much imagination to see the pressure that must have been put upon Moses by Pharaoh’s daughter. You can almost hear her words: ‘You want to leave ME and go live with those Israelites? How can your treat me this way? (Here come the tears). I plucked you from the Nile, saving your life. I found a nurse for you, cared for you, loved, educated and provided for you. And THIS is how you treat me!” We must also refuse to put our desires for our children ahead of God’s call on their lives. It seems Moses knew that Jesus would one day teach: ‘Whoever loves father or mother more than me is not worthy of me, and whoever loves son or daughter more than me is not worthy of me” (Matthew 10:37).

Fourth, we must have the faith to refuse to enjoy sin for a season (v. 25). And sin is only seasonal. Have you noticed that a sin may be pleasurable for a 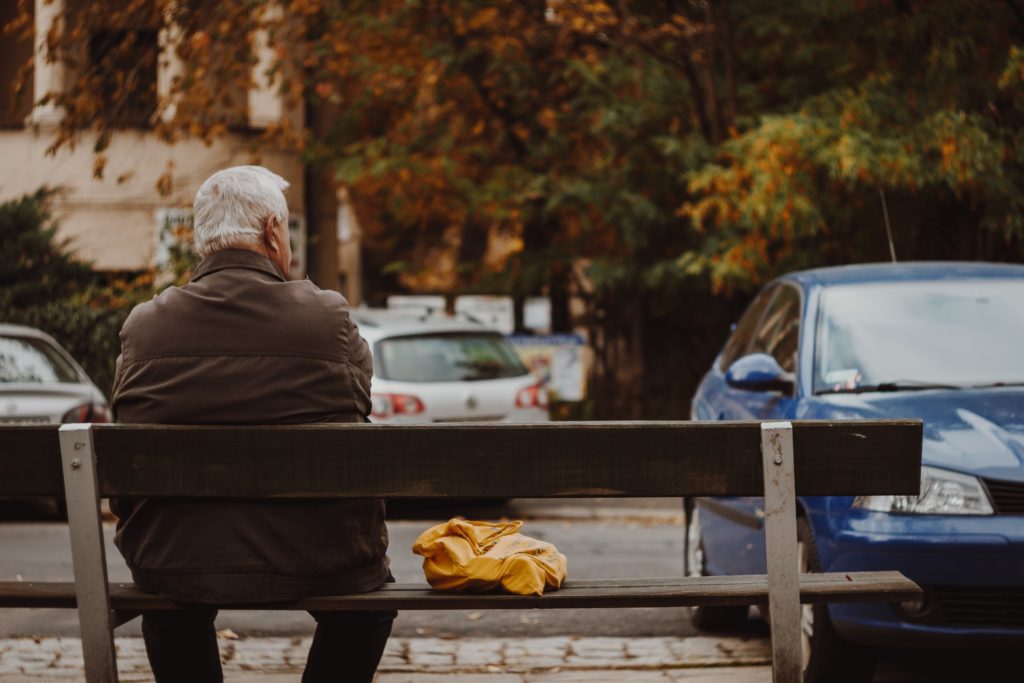 while, but after time it loses its savor? Moses could have stayed in Pharaoh’s court all his life, but the pleasure of staying with Pharaoh would have been short compared to the eternal reward he was looking forward to from God. Sin is pleasurable only as long as we keep our eyes closed to the next moment. Sin was not an option for Moses, who had the eyes of his faith open to the eternal view of God. We must be clear on one thing: To be in Pharaoh’s court was not a sin. Joseph, Daniel, and Nehemiah all show us that enjoying worldly honors in high political positions does not necessarily go against God’s Laws. Yet they all had the faith in God to refuse to bow to the law of the king when it violated the Law of God. But Moses was called away from Pharaoh’s court, and for him to stay would have been a sin. Paul said, ‘Those who belong to Christ Jesus have crucified the flesh with its passions and desires” (Galatians 5:24). We all have the desire to live the life of ease. It is only by faith that we can walk away from that life and live in obedience to God.

Fifth, we must have the faith to refuse to count our earthly treasures over our heavenly ones (v. 26). Moses ‘considered the reproach of Christ greater wealth than the treasures of Egypt, for he was looking to the reward.” At that time, Moses was the only Hebrew in the world who was not a slave, and therefore had the capacity to choose his life’s course. He chose God over Egypt, and this choice involved tremendous sacrifices. By staying in Egypt he would possess wealth, refinement, ease, pleasure and power. Some would argue that if he had stayed, he might have been a tremendous statesman. Josephus said Moses was destined to inherit the throne itself—the most powerful throne of the world at that time.

But Moses walked away from the chance to sit on an earthly throne for the privilege of bowing his knee at the heavenly one.

He also walked away from the life of a prince to identify himself as one with slaves. He was chased, maligned, persecuted, shouted at, doubted, questioned by his family and driven to distraction by faithless hoards who seemed to make it a specific practice to do the exact opposite of whatever Moses asked them to do. Moses was the one with freedom among the 6 million slaves, and his choice to obey God set in motion their freedom also.

Are you the only free member of your family? Are you the only one who has made a life-choice for God? If so, are you willing to refuse all you could do for yourself and give yourself over to freeing those who have no choices due to their slavery to sin? It will cost you tremendously, but look at what God can do through just one person who is willing to obey His directions.