1. An Impossible Standard
2. A Perfect Path

Now the point in what we are saying is this: We have such a high priest, one who is seated at the right hand of the throne of the Majesty in heaven, a minister in the holy places, in the true tent that the Lord set up, not man. For every high priest is appointed to offer gifts and sacrifices; thus it is necessary for this priest also to have something to offer. Now if he were on earth, he would not be a priest at all, since there are priests who offer gifts according to the law. They serve a copy and shadow of the heavenly things. For when Moses was about to erect the tent, he was instructed by God, saying, ‘See that you make everything according to the pattern that was shown you on the mountain.” But as it is, Christ has obtained a ministry that is as much more excellent than the old as the covenant he mediates is better, since it is enacted on better promises. Hebrews 8:1-6 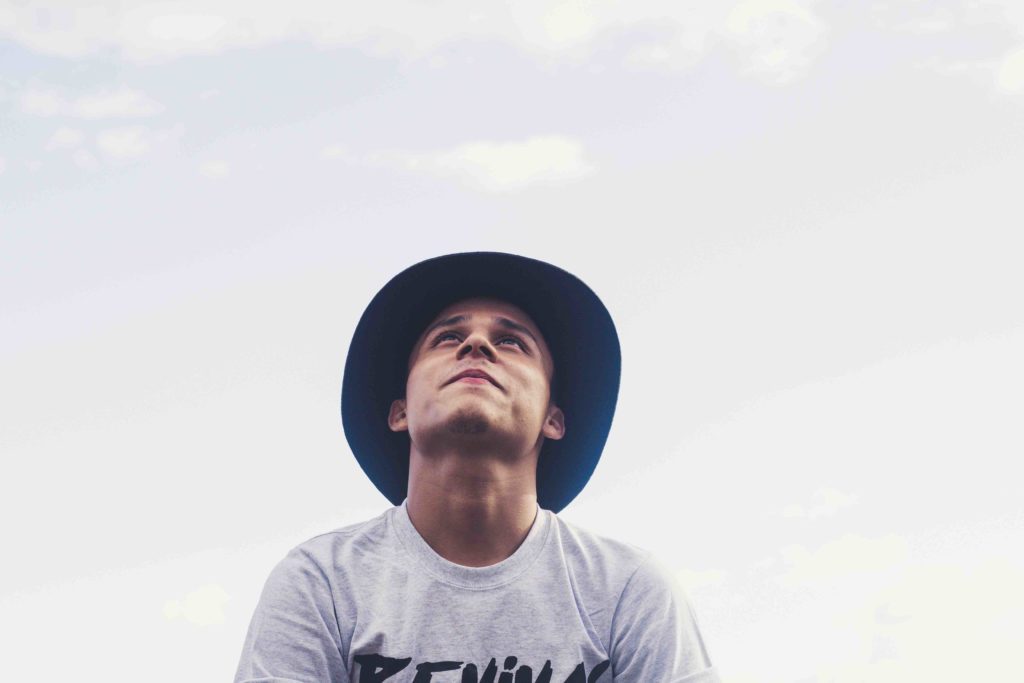 When I was in grade school, I remember going on a field trip to the museums in the Balboa Park area of San Diego. I recall seeing all kinds of inventions and original works of people long since dead and thinking that it was all too big for me to understand. I vividly recall seeing a copy of the Spirit of St. Louis, the plane Charles Lindbergh flew to make the first solo, nonstop flight across the Atlantic in 1927. I was really impressed with the plane until I found out that it was not the actual plane, but one made to look just like it. I walked away in great disappointment because I wasn’t interested in a copy of the Spirit of St. Louis. I wanted to see the original.

In our home in Thousand Oaks we had a print of a painting by Rembrandt. I remember thinking it was interesting, but I was not very impressed with it because it was only a copy. I didn’t understand the attraction to things that were only representatives of the actual item. I didn’t like to play with toy soldiers; they didn’t move like real ones. I wasn’t interested in sitting in a cardboard box and pretending it was a fire truck; I wanted to climb aboard a real one. Forget about plastic horses and model airplanes. I wanted to get on and ride the real ones. Even bicycles were just cheap copies of motorcycles in my estimation. I wanted a bicycle with a motor!

In our current passage we are discovering, as did the first readers of this letter, that Jesus is the original. All of their previous hopes in a high priest and a system of sacrifices that took place in a temple built by man were hopes placed in imitations of the original. The Jewish high priests ‘serve at a sanctuary that is a copy and shadow of what is in heaven” (v. 5, NIV). But neither Jesus nor the sanctuary that He serves at is a copy or a shadow. They are the originals from which everything else is patterned.

Upon understanding this, a passage from Colossians should become much clearer to us.

‘He is the image of the invisible God, the firstborn of all creation. For by him all things were created, in heaven and on earth, visible and invisible, whether thrones or dominions or rulers or authorities—all things were created through him and for him. And he is before all things, and in him all things hold together” (1:15-17). Jesus is ‘before” all things, and the Creator of all the things we see and all the things we don’t see. He is the reason behind the tabernacle on the earth and the Creator of the one in heaven. He is the ‘firstborn over all creation,” and as such everything that flows from the creative power of Jesus is an imitation of who Jesus is and what Jesus has done.

In this passage, the author was being very careful to supply his readers with all the information they so desperately needed regarding their Savior. The author may simply have been answering the question thrown at them from non-Christian Jews, ‘Where is your high priest?” These Jewish Christians had left generation after generation of religious and tribal life behind when they embraced Christ. The whole Jewish system of worship centered on the ability of the priest to take sacrifices and offerings before God and atone for the sins of the people. They had a complete understanding of their need of a ‘mediator” (see Hebrews 8:6) in their relationship with God. But upon their becoming Christians, one can hear the response of their families: ‘You have left the One True God for a messiah who is not Messiah. Where is your temple? Where is your sacrifice? You have no high priest to mediate between you and God, and so you are lost.” The author now encourages and comforts his readers, saying, ‘We have such a high priest, one who is seated at the right hand of the throne of the Majesty in heaven, a minister in the holy places, in the true tent that the Lord set up, not man” (vv. 1, 2).

In fact, the High Priest that we have is far superior to the priests who have followed in the footsteps of Aaron, and in this passage the author points out five ways in which Jesus was superior to the priesthood of Aaron. First, Jesus is better than Aaron (v. 1) because as a high priest He is ‘holy, innocent, unstained, separated from sinners, and exalted above the heavens” (7:26). Second, He works in a better sanctuary (vv. 2, 5). Third, Jesus offers a better sacrifice (v. 3). Forth, He is the mediator of a better covenant (v. 6). And fifth, Jesus has obtained a completely better ministry (v. 6) because His work is based on better promises. The first of these five, that Jesus is a better priest, has already been discussed in 4:16 through 7:28. Next, our author will discuss the remaining four points in this order: 1) the better covenant (8:7-13); 2) the better sanctuary (9:1-12); 3) the better sacrifice (9:13-18); 4) the better promises (10:19-12:3). In fact, the superiority of Jesus to everything in the Old Testament is a recurring theme, and He is described as being ‘better” 13 times in this letter.

What we are seeing is that Jesus is the original and everything that flows from Him is a copy: Aaron and the priesthood, the sacrifices, the tabernacle, the Old Testament covenant, etc. Why? Because Jesus is the firstborn over all creation. His is the original masterpiece; all else are copies and shadows. Thrones, powers, rulers and authorities have their origin in Him, and obedience to the authorities is obedience to God (see Romans 13:1, 2). This is why we must look to Him in order to understand thrones, powers, rulers, authorities, sacrifice, covenant, leadership, religion, service, and obedience, to name a few. Every religion in the world is, in some form, a copy of the leadership of Christ, 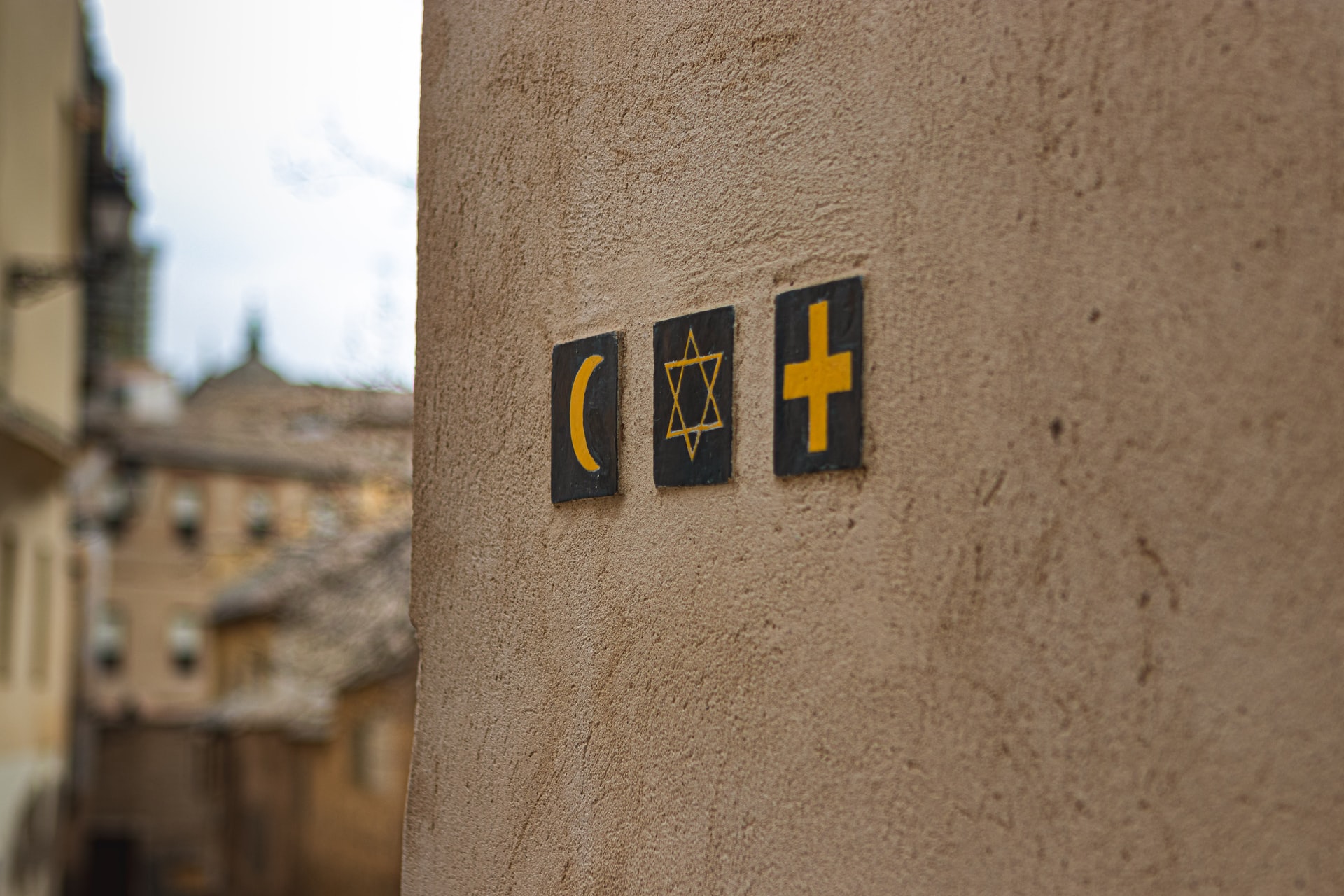 because all leadership and authority emanates from God. Some leaders are not very good copies of Christ, and with others you can barely discern Christ at all, but they are copies nonetheless. Still, if given a choice, why would we want anything else but the original? Why would I want a copy of a Picasso if I could possess the original painting by the artist himself? Jesus is the original in all things godly, and because the Old Testament covenant, Aaron, and the tabernacle shown to Moses were all copies of what was originally formed through Jesus, then He supersedes them all. Now that the original has come, the copies must be put away.

Paul told us that when he was a child he talked like a child, thought like a child, and reasoned like a child. But upon becoming a man, he put away childish things (see 1 Corinthians 13:11). So for Paul and the rest of mankind, Judaism was put away and replaced with the work of Christ, for ‘when the perfect comes, the partial will pass away” (13:10). The imperfect Old Testament laws and rituals and sacrifices were replaced with the perfect work of Christ on the cross—a work so perfect it was done once for all, never to be repeated.

If this is true, then what was the reason for the Old Testament? It was through the old covenant that the glory and grace of God was revealed in contrast to man’s efforts to appease Him. The original sin was an effort to ‘be like God” (Genesis 3:4, 5). But man needed to know just how holy God was in comparison to himself, and that all his efforts to make up for his own sins would fall far short of the mark. Only God could completely forgive sins, and He did so through His own mercy and grace. Comparing the Old Testament law with the New Testament covenant of grace through the Cross is like comparing a piece of cardboard and plastic wrapping with Grandma’s Sunday dinner. Who in their right mind would throw away the roast and eat the plastic it came wrapped up in? By settling for less than Christ, we settle for the container and leave the real food behind.