Does God tell His Prophet to tempt men to violate their conscience?

Here is a Prophet inviting men sworn to abstain from wine to drink some!

There are 3 interesting truths found here:

The Bible refers to a family of men called Rechabites. Rechab, father of Jehonadab, belonged to the Kenites, and were connected with Israel through Moses’ marriage; thus Heber and Jael, with Israel entered Canaan, and shared their inheritance, though remaining nomads in tents. The ascetic rule against wine, houses, sowing, and planting (Jeremiah 35), was a safeguard against the corrupting license of the Phoenician cities and their idolatries.

Their father was Jehonadab. He is mentioned as meeting Jehu, and was invited to go with him to witness the retribution of God on Baal. (2 Ki 10:15 -28). As a man of God, his presence gave

sanction to the Judgment of God as executed by Jehu.

In Jeremiah 35:1-19 the Prophet is told to invite the Rechabites to come to the Temple to meet with him. He takes them into a special room, (cf. vs. 4.) called the chamber of the sons of Hanan the son of Igdaliah, a holy man of God. As consecrated by its association with his name, it was a fit scene for the divine communication.

Their strict Nazarite vow was the ground of their admission into one of the temple chambers devoted to the sons of Hanak sprung from “Igdaliah a man of God,” or prophet of special sanctity.

Jer 35:5 Then I set before the sons of the house of the Rechabites bowls full of wine, and cups; and I said to them, “Drink wine.” They were invited by the Holy Prophet of God, Jeremiah to partake of wine in a consecrated room, in the very Temple of God.

It is very easy to find people who will look at circumstances around them and say to themselves, ‘It must be alright to do this in this situation, even though we would never do it elsewhere!’

The Rechabites had taken a vow to obey the commands of their forefather and no matter the setting or circumstances, they remained true to their commitment. There is a common feeling today that times alter the standards by which we should live.

The fallacy is preposterous. The law of Gravity is still the same, because it is the product of the Creator of the Universe. He has given us warnings in His Word, the Bible, to keep us from harm. His Truth does not change because of time, or circumstance. If we obey His advice, we will be on solid ground, and when we take our commitment to Christ seriously, we need to see that there are certain non-negotiable standards of separation from what others view as permissible.

Like the Rechabites we may be tested by God, to see if we will remain true to what we profess.

This prophecy was fulfilled. After the return from captivity in Babylon the Rechabites are mentioned (1 Ch 2:55) as taking the profession of Scribes, an occupation almost exclusively that of the Levites. A tradition exists that the Rechabites married Levites, and their children ministered in the temple.

Eusebius quotes Hegesippus as mentioning a Rechabite priest protesting the martydom in the temple, of James the Just, half-brother of Jesus. So Hegesippus reveals the existence of the Rechabites as being involved in the temple right up to the time of it’s destruction by the Romans. This fulfills the prophecy of Jeremiah 35:19. 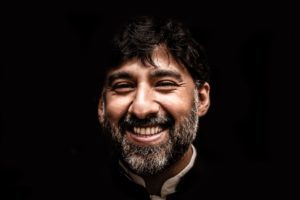 Bejamin of Tudela, who lived in the 12th Century speaks of 100,000 Rechabites living in Pumbeditha, Babylonia, a major center of Talmud scholarship in the late 3rd century, abstaining from wine and meat and says that their Chief, Solomon han Nasi, was a descendent of David.

As I look at the Rechabites, I am encouraged to know that when we live up to the standards of the Bible, and God’s Word, we too may be remembered by Him, who died on the Cross to pay for our past sin and gives us new life, and says we are in this world system, but not of it.

The same word for Test, Tempt and Trial is used in the Bible.

How are we to distinguish between these? Just remember that “God Tests us.” “I go through trials.” and “The Devil Tempts us to do wrong.”

I encourage you to take a stand for right living and to recognise that the standards that our forefathers held to were worth while, and for your good.

- © 2009 Jim Cole-Rous. Enjoyed this story? Get the book, with 51 more stories. In Print or Kindle at Amazon.com 'God's Honorable Mentions'