Several years after my divorce, I became aware of the world of scrap-booking.

Genealogy had been a passion of mine for some time, and preserving my family’s history through photographs was a perfect match. 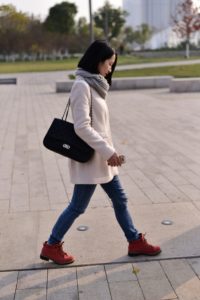 I started to remove photos from an old scrapbook, and it wasn’t long before I filled two large archival albums. When I began searching for photos of my children and the sixteen years of my marriage, I realized that years of my life were missing. I had only a few snapshots of my children as babies but not one photo of the following years. I’m sure that I took more photos than these, I thought as I searched every box and trunk. My former husband was a good photographer, so he had taken most of the photos and had the film developed as slides instead of photographs. He was always very protective of his slides and kept them when our marriage ended.

The missing photo history of my children grieved me, and once again I felt that part of my life was severed. I asked God to help. I knew there was a possibility that I would just have to deal with the loss. I decided to ask my youngest son, Scott, to ask his dad to lend me the family slides so that I could make copies.

I prayed for the Lord to help my former husband see my point of view.

Even though I knew that the Lord could answer my prayer, I guess I really didn’t have the faith that He would. When my son returned from visiting his dad, he brought several metal trays containing the slides. I was overjoyed and surprised that the Lord answered my prayer so quickly and without hesitation from Scott’s dad.

I brought out the slide sorter, and Scott and I began viewing the slides. I wasn’t prepared for the impact that the photos would have on me. For the next several hours, I cried and laughed. Seeing the images of my children and us as a family unit brought back emotions that I thought I had conquered long ago.

“Mom, what’s the matter Why are you crying? I thought you wanted these slides!” said Scott.

“I’m crying for several reasons, Honey, but most of all because I’m so happy to have memories here where I can see them,” I replied.

Remembering the many wonderful times we had as a family and being able to place these photos in an album served as a healing process. I felt like the Lord had restored part of my life.

The Lord restored part of my life

Through the years, I have put together many albums and have given each of my children an album. They now have a mini record of their childhood and our life as a family. Photo history keeps a visual record of many memories which we may forget over time.

The Lord used a very simple but effective way to help bridge the gaps that divorce had brought to my family. He cares–even about the little things of our lives like lost photos. We can’t limit what God will use to bring healing to our hearts.