One small town is mentioned a few times in the Bible, then two thirds of the way through the book, it is never mentioned again! 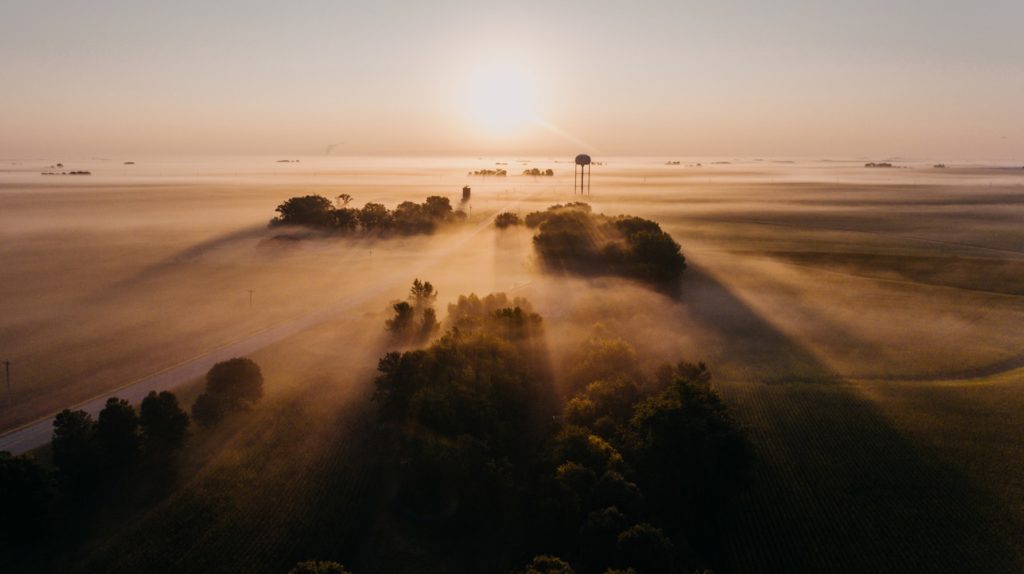 Five miles South of Jerusalem and 2,350 ft. above sea level, it occupies an outstanding position upon a spur running East from the watershed with deep valleys to the Northeast and South. It is just off the main road to Hebron, and the south, but upon the highroad to Tekoa and En-gedi. A small town, but peopled by men and women who made history. History records stories of some amazing people who came from this small town.

Let me tell you about a few of these heroes.

You may never have noticed him but he had a famous father, Caleb. His father was one of only two older men, who survived the 40 years in the Wilderness, and entered the Promised land. At that time Caleb, aged 80, conquered the mountainous region of land just west of the Salt sea. His son Salma found a beautiful area that was perfect for farming wheat, and began to farm the area. The little town that developed was called ‘Fruitful’, in Hebrew Ephrath, later Ephraim. These were the days of conquest, and a man had to be strong to build and defend his territory.

In close proximity to Ephraim there stood a 400 year old Tomb. Here was buried the wife of one of Salma’s ancestors, Rachel. She died giving birth to her son Ben-oni as she named him with her dying breath. His father, Jacob, however called him Benjamin. The Benjaminites were almost exterminated in a feudal war with the other tribes of Israel, and remained a very small tribe.

Now who are these, coming so dejectedly out of the town gate of Ephraim with their few possesions on their shoulders? Ah! Elimelech, a Prince of Israel, with his wife Naomi, with their two young sons, Mahlon and Chileon. The drought had struck again, as it did every few years, and in desperation they were leaving to find some way to survive in the country of Moab. They settled down there for some years, where the boys grew and took them each to wife, Princesses of the Moabites. Sadly, Elimelech, and both the sons died, leaving Naomi destitute.

Wondering what to do, Naomi overheard a traveler say that the rains had come to the land of Judah, and the crops were growing again. She decided that she would return to her home town, Ephrath, and take the charity of the Law, that allowed the poor to pick up the remnants of the crop left by the harvesters. When Naomi and Ruth finally reached Ephraim, the people exclaimed “Is this Naomi?” The name meant “Lovable” but she said, “Call me Mara [Bitterness], for God has dealt bitterly with me.” Her daughter-in-law Ruth, elected to go with her and would not be dissuaded. God directed Ruth to glean wheat in the field of Boaz, who later married her. Little did Naomi know that she would be the grand mother to Obed, whose son Jesse fathered a shepherd boy David, who became the King of Israel.

Some years later we find a man Elkanah, an Ephrathite, whio moved his residence to Ramah, and took his family to worhip at the Tabernacle each year. His barren wife, Hannah, was severly provoked by his second wife; so she went to pray for a child at the Tabernacle. The priest accused Hannah of drunkeness, such was her anguish, as she wordlessly prayed for a son. When the priest undestood her problem, he prophesied she would have a son. She responded with the vow, that if she had a son, she would give him to God as long as he lives. The son of this Ephrathite was born to her and they named him, Samuel. God gave to the nation the Prophet Samuel, whose fame was greater perhaps than any other in Israel. 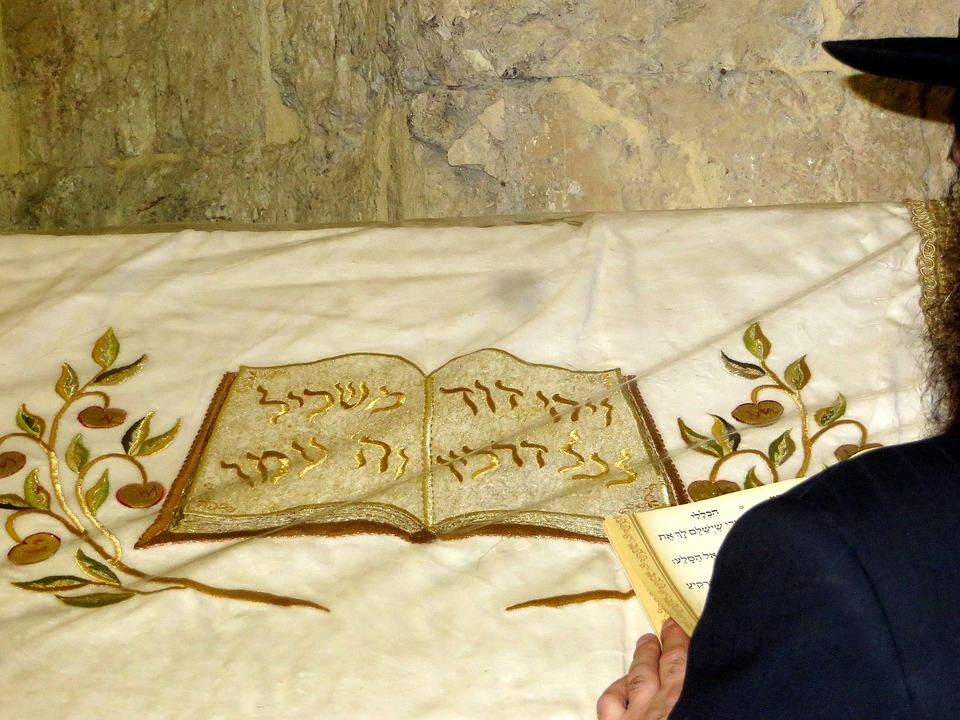 The time came when the Lord sent Samuel to this ‘Little Town’ of Ephratha, to find a King among the 8 sons of Jesse. He annointed the youngest, a shepherd boy to be King of Israel. We know him as King David, the warrior King who killed the giant Goliath. When the Philistines had taken his home town as their stronghold, David voiced his longing for a drink of the cool water from the well on the edge of the town. So great was his leadership, that two of his mightiest men broke through, at the risk of their lives, to bring him a drink of that water.

When King David had ruled for many years his son, Absalom, sought to usurp the Kingdom, and David fled to find sanctuary east of the Jordan. When his son, Absalom, was killed, he returned to Jerusalem. Now Barzillai was a very aged man, eighty years old. He had provided the king with supplies while he stayed at Mahanaim, for he was a very rich man. David invited Barzillai to accompany him back to Jerusalem and to live off the King’s bounty. He declined the offer but suggested his son might go with David. He said to David, “But here is your servant Chimham; let him cross over with my lord the king, and do for him what seems good to you”. David agreed, and Chimham went with David. Chimham was richly rewarded with land belonging to David, and like his father, Barzillai, he was hospitable. Fausset’s Bible Dictionary reports: “In Jeremiah’s time (Jeremiah 41:17) the caravansary of Chimham near Bethlehem ( 2 Samuel 19:37-40), was the usual starting place for Egypt. The inn (kataluma) mentioned in Luke 2 was a similar one, and possibly the same.”

At the return of the Jews from Babylon, 123 “children of Bethlehem” accompanied Zerubbabel (Ezra 2:21; Nehemiah 7:26). A cloak of silence falls over this obscure little village of Bethelehem-Ephrath, for 400 more years.

A few months later, a group of foreigners camp by the well at Bethlehem-Ephrath. 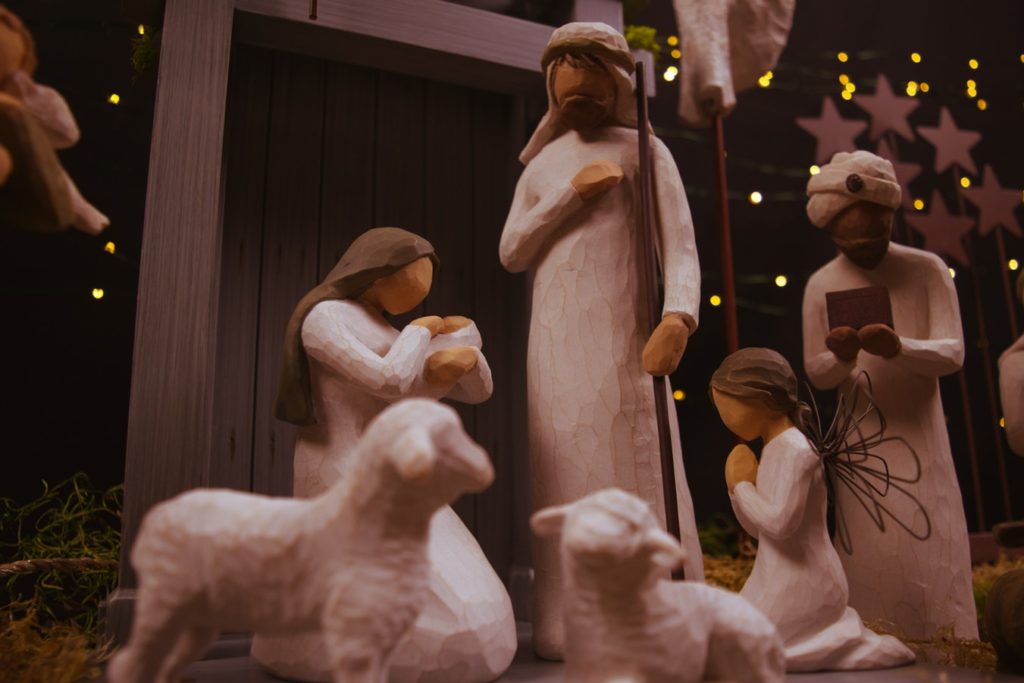 They are Astronomers, belonging to a Babylonian elite, known as Magi. They have been following a star, and now at midnight they stand around the well, to see if indeed the star is exactly on the meridian. The ancients did not have telescopes, but by gazing down a deep well, they could see when a Star was exactly overhead by it’s reflection in the water at the bottom of the well. They entered the town at sunrise to seek the Baby born King of the Jews. They brought Him gifts and worshipped Him. Those gifts enabled Joseph and Mary to escape, and financed their time they lived in Egypt!

Within a week, blood flowed in the streets of Bethlehem-Ephrath. King Herod the Great, hearing of the birth of the new King, ordered the murder of every child under the age of 2 years. The voices of bereaved mothers could be heard crying for their children from a long way off.

This was the little town of the Prophet Michah’s famous prophecy. (Micah 5:2) “And you, Bethlehem Ephratah, you being least among the thousands of Judah, out of you He shall come forth to Me, to become Ruler in Israel, He whose goings forth have been from of old, from the days of eternity.”

There is an old Church marking the place where the Baby Jesus was born. He grew to manhood, went willingly to die on a Cross to pay for your sins, and make a way for you to find Peace with God, by accepting His gift of complete forgiveness. May you find Him for yourself, as wise men did long ago. The Bible seems to forget about Bethlehem after this, but tells us to the last page, all about the One who was born there. His Name is Jesus Christ.

Enjoyed reading this story? You can get the whole book, with fifty-two more stories. Choose Print or Kindle at Amazon.com Published as 'God's Honorable Mentions'. © 2009 Jim Cole-Rous