“I’m here! The Lord’s servant! Let it happen for me just as you have said!” (Luke 1:38). That was Mary’s response of faith to an astonishing message from the angel Gabriel. 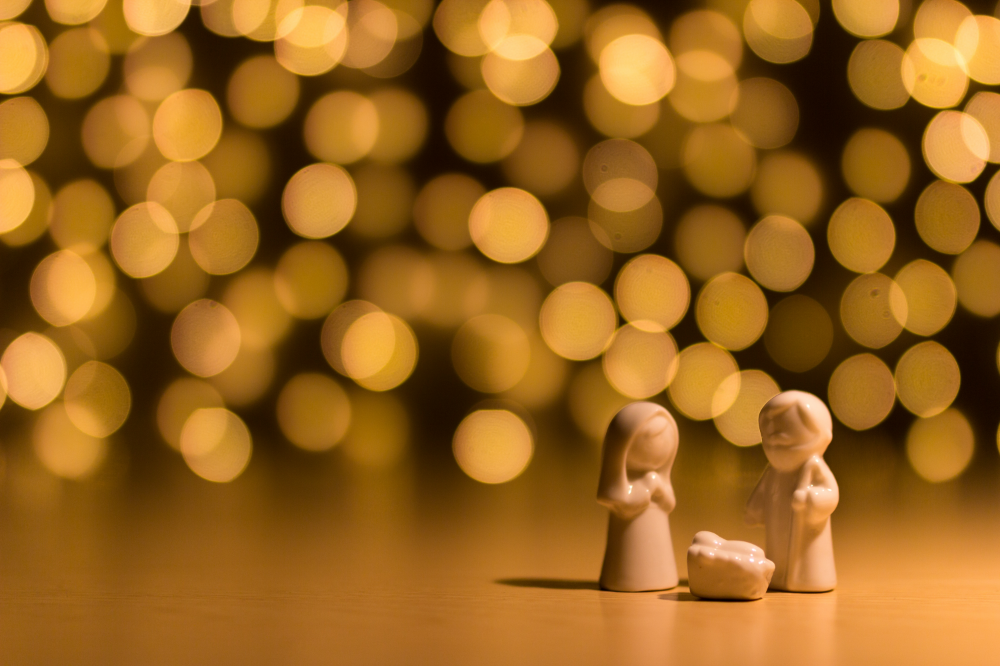 No matter will be impossible with God. Mary embraces the matter or word that God has spoken. Mary had wondered at Gabriel’s greeting (Luke 1:20) and questioned how such a thing could be, since she was a virgin (1:34). That is, her conception was inconceivable. But as her son will later explain, what is impossible with people is possible with God (18:27). The maker of heaven and earth is not subject to the patterns of existence with which we mortals are familiar. She believes the unbelievable, and God does what he has promised.

By contrast, Zechariah, the respectable, aged priest serving in the temple, gets in trouble because he did not believe the angel’s “words” (Luke 1:20). Luke uses a different term for “word” here, but they were often interchangeable. God fulfills the promise anyway, but Zechariah’s response falls far short of Mary’s. Later in Luke we read about those who believe the message and are saved (Luke 8:12), so long as they continue in the faith (8:13). In Luke’s second volume, the Book of Acts, we continue to learn about those who believe the Lord’s message of good news (Acts 4:4; 13:48; 15:7).

Mary is not the only one to receive the Lord’s rhema. When Zechariah’s son John is born and Zechariah is able to speak again, news (rhemata, plural) spread throughout the area (Luke 1:65). The shepherds eagerly enter Bethlehem to see the matter (rhema) the Lord had made known to them (2:15), and they spread this news (rhema) around (2:17). Mary guarded all these matters (rhemata) in her heart (2:19). When Simeon in the temple sees the baby Jesus, it fulfills the message (rhema) that God had spoken to him (2:29). Later the prophetic message (rhema) comes to Zechariah’s son John in the wilderness (3:2).

It’s at Jesus’s word that Simon Peter lets down the fishing nets (Luke 5:5) and discovers an extraordinary catch of fish. His disciples did not understand his teaching (rhema) about his impending death and resurrection (9:45; 18:34). After his words (rhemata) came to pass, his followers recognized that they were true (22:61; 24:8). The male disciples, however, were not ready to believe the message (rhemata) of the women who announced that Jesus had risen (24:11). Throughout this Gospel (and into the Book of Acts), God provides a true message. Sometimes people believe it enough to act on it (for example, Peter with the nets), but sometimes, as with the resurrection, the message seems too good to be true. (Again, I could have given more examples still had I included references to the other Greek term for “word,” which Luke often uses interchangeably with this one.)

Yet a teenage virgin from the village of Nazareth responded with greater faith, and she becomes a model of discipleship for us. Gabriel’s good news to Mary was virtually unbelievable, but she believed it. Even when God’s message to us seems too good to be true—that he has sent a Savior to deliver us from sin’s penalty and from sin’s power—that good news remains true, because God is its author. May we, like Mary, respond, “I’m here! The Lord’s servant! Let it happen for me just as you have said!” (Luke 1:38).