I don’t like arguments, and I especially do not like arguments with people close to me. (The less my relationship with a person, the less I care what they think about me, except when they’re armed!) Warning: the purpose of this post is not to stir up more arguments. But what do you do when they happen? 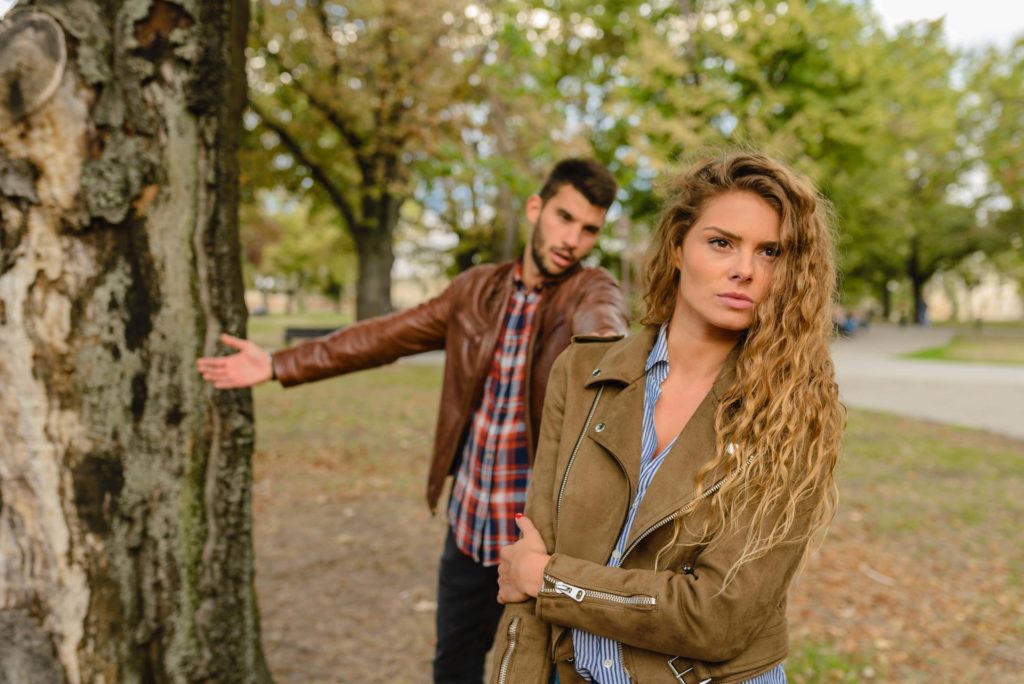 Did you know that some of the great patriarchs and matriarchs whom we honor in Genesis, the first book of the Bible, had marital conflicts? Marital conflict obviously is not ideal; it was introduced as a result of the fall (cf. the final lines of Genesis 3:16, especially in view of the same key Hebrew terminology in Genesis 4:7).

Nevertheless, it happened often enough that it gets recorded even in the very selective accounts of Genesis, a book more focused on God’s promise. A few examples of such conflicts may suffice, though the character of each of these examples varies from the others.

Abraham often appears to be a peacemaker where he could be (e.g., Genesis 13:8), but circumstances did cause times of discomfort, even in his marriage. In light of ancient custom, Sarai felt responsible to provide Abram an heir one way or another. Thus, following expectations for women of her class in Mesopotamia, where the couple was from, she wanted her Egyptian maid Hagar to act as a surrogate mother to provide her a son. Once Hagar was pregnant with Abram’s heir, however, her own background expectations took over and she became less respectful of Sarai.

In this situation, Sarai charged Abram for being at fault (Genesis 16:4-5); he gave way to her (16:6). (Ironically, the one person God speaks to and protects in this narrative is Hagar; 16:6-14.) Years later, Sarah demands that Hagar and Ishmael be sent away (Genesis 21:10). The narrator does not tell us whether or not Sarah and Abraham argued. The narrator does, however, make quite clear Abraham’s distress (21:11). The distress was resolved only when God instructed him to heed Sarah’s words (21:12) as well as promise a good future for Ishmael (21:13). (God again helps Hagar and Ishmael, 21:15-21.)

Circumstances beyond our control can often cause us stress. And, once we reach a certain level of stress, we can sometimes blow up at others unfairly. In the ancient Middle East, as in many cultures today, society valued men for their agrarian or pastoral productivity and women for their childbearing. Jealous of Leah’s childbearing and distraught over her own inability to have children, Rachel demanded to Jacob, “Give me children, or else I’ll die!” (Genesis 30:1).

Jacob had no more control over the situation than Rachel did. Rather than responding to her on the level of her grief, he took her demand as an unfair accusation. He got angry (30:2), and protested, “Am I in God’s place? God is the one who’s kept you from bearing!” (30:2). Jacob was right about God being sovereign (cf. 29:31; 30:22), but his angry words might have wounded Rachel even more.

Perhaps (this is not clear) she even understood him to be claiming that her lack of pregnancy was God’s judgment, as the inability to have children was so often understood in their culture. (In the Bible it was not always a judgment—see e.g., 11:30; 25:21; and even when it was, it was often judgment on a people or a group, not on the individuals who suffered it—e.g., 20:18.) Both Jacob and Rachel spoke from frustration, but in the long run, their love for one another was undiminished (cf. 29:30; 37:3; 48:7).

Less argumentative but more reflective of long-term issues was the division between Isaac and Rebekah concerning their children. Genesis does not tell us whether the two argued about this issue over the course of their relationship. What it does show us, however, is that in the end, they each sought their own way without proper communication. This does not mean that they did not love each other. Nor is there the slightest thought of divorce or separation that can be seen. Moreover, the narrator’s interest is in his people rather than the Edomites being the ones to whom God gave the promise, not so much in the marital dynamics of this couple. Nevertheless, and despite the romantic story of their coming together, they experienced less than forthright communication.

God told Rebekah that the elder would serve the younger, so she favored Jacob (25:23, 28). Isaac, on the other hand, favored Esau, because he liked to eat the wild game that Esau hunted (25:28). Isaac planned to give the blessing to Esau; and, given societal expectations, Rebekah had no final say in the matter. So she went around behind Isaac’s back and helped Jacob to get the blessing deceptively (27:5-17).

This does not imply that Rebekah had no influence over Jacob; she privately persuaded Isaac to send Jacob to Mesopotamia to get a proper wife from among their relatives (27:46); both Isaac and Rebekah were unhappy with Esau’s local wives (26:34-35). Yet Rebekah chose not to disturb Isaac with the more urgent reason for sending Jacob away—namely, that his brother Esau now wanted to kill him (27:41-45).

Because Isaac was blind, he couldn’t know everything that was going on in their camp. But Rebekah apparently did, and she did not tell him about it. It’s hard to say how much of this Isaac knew about and chose to ignore. Such a relationship may not have been considered dysfunctional in their setting, but it certainly would be in ours.

When we bring together different people from different backgrounds, differences are inevitable. We may address those differences constructively—or not; but differences will arise, one way or the other. Sometimes, as with the (obviously nonmarital) conflict between Barnabas and Paul in Acts 15:36-40, both sides have a good point and speak from genuinely important values. Although right and wrong exist and some conflicts (say, with Boko Haram and its victims) fall into that category, reality can be more complex than one side always being completely in the right and the other completely in the wrong. Unhappily, Paul, and Barnabas divided over this conflict. They were so in contrast with the picture of peaceful resolution of the church’s conflicts in the previous narrative that they went their separate ways (Acts 15:25, 28).

Sometimes how we resolve disagreements is even more important than the conclusion we come to. As God told Abraham to heed Sarah on an occasion narrated above, the best resolution is not always what initially seems best to us (cf. Proverbs 12:15; 21:2; 26:12). Nevertheless, communication seems much healthier for us than the way that Isaac and Rebekah related to each other. (We can affirm this without us needing to take sides on which of the two, if either, was in the right.)

Personally, I much prefer to resolve differences in a controlled setting without losing tempers; still, as our marriage enrichment instructors, Peter and Carol Schreck, emphasized when you are going to debate a topic, “fight fair.” Disagreements need not escalate into arguments with tempers flaring. But even when that happens, as in the case of Rachel and Jacob noted above, such flares need not be permanent and mar a marriage’s long-term happiness.