The shift in scene from Joseph to Judah and Tamar in Genesis 37:36—38:1 is interesting.

The narrative leaving Joseph just as he is sold into slavery in Egypt builds suspense for the reader, exceptionally suspense at that. But at the same time, it also invites a contrast between these two characters. The narrator selects for examination some key points out of the many years that transpire in this passage. Specifically, Joseph resisting sexual sin and Judah succumbing to it.

Genesis 38 transpires over a period of many years, with many key events taking place. Events such as Judah having three sons, the third son becoming old enough to marry, and Tamar becoming 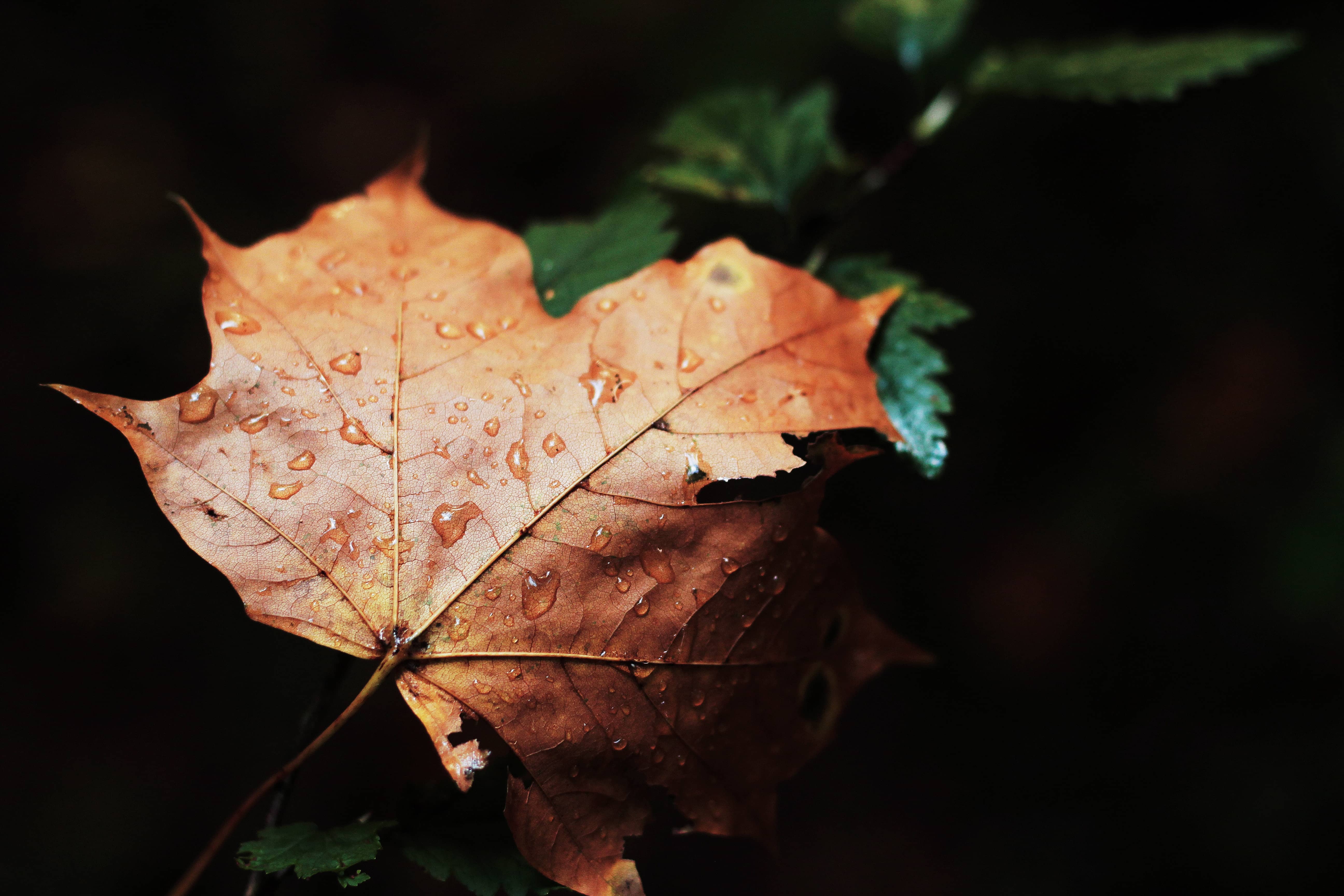 pregnant afterward. This timeline fits the Joseph story well. More than twenty years intervene between Joseph being sold into slavery and Joseph’s brothers traveling to Egypt due to the famine (Genesis 37:2; 41:46-47, 53-54).

During this time Judah, who was party to his father losing a son, loses a wife and two sons. Judah, who did evil, had a firstborn son who was evil in God’s sight (Genesis 38:7). Judah, who sold his own brother for silver (Genesis 37:27-28), had a son so greedy that to increase his own inheritance he refused to provide his deceased elder brother’s household an heir (Genesis 38:8-10). And while Judah as a widower was unwilling to remain celibate (Genesis 38:12, 15), he expected celibacy of his young daughter-in-law (Genesis 38:24), whose childbearing years were being squandered (Genesis 38:11, 14). Sadly, Tamar also knew enough about Judah’s character to have confidence that, if Judah thought that a prostitute was available, he would want to sleep with her (Genesis 38:14-16).

I have recounted the morals of Genesis 38 more fully in another article entitled, “Understanding the Context of Judah’s Punishment in Genesis 38”. So here I merely offer some observations not provided there. For example, because two sons that Judah gave to Tamar died, he fears that his third son might also die by her, perhaps by a curse (Genesis 38:11). Yet the next verse narrates that Judah’s own spouse died (Genesis 38:12). Judah inconsistently does not attribute this death to himself. (In fact, in neither case was it the spouse’s fault. The narrator attributes both sons’ deaths to their own sin. Although Genesis does not tie their sin directly to Judah’s immoral example or judgment on him, those appear likelier options in this context than anything wrong with Tamar. Meanwhile, Judah’s own wife’s early death might have been hastened by grief over the death of her first two sons.)

Like his father Jacob sleeping with Leah yet thinking she was Rachel, Judah is deceived. But then, we are not inclined to feel much sympathy for Judah as a character at this point. As Jacob had deceived his father Isaac about his identity, so had Judah. For much more treacherous reasons, Judah helped deceive his father Jacob about his brother Joseph. And whereas Jacob paid a hefty brideprice of seven years’ labor to sleep with his wife, Judah here sleeps with someone whom he supposes to be prostitute. (The offense would be even worse from the perspective of the story’s usual later Israelite audience. Judah and his friend envisioned her not just as any prostitute but as a cultic prostitute devoted to a deity. The Hebrew term used in Genesis 38:21-22, was something prohibited among later Israelites; see Deuteronomy 23:17; Hosea 4:14.)

Context offers further commentary on Judah’s immorality. Jacob’s sons slaughtered the Shechemites because the Shechemite prince raped their sister. Although Jacob’s sons did not go so far as to rape (at least not explicitly; cf. Genesis 34:29), they also acted immorally. Reuben sleeping with his father’s wife (Genesis 35:22) and Judah sleeping here with his son’s wife. Although Judah does not recognize her identity, he would not have committed this offense had he not slept with someone whom he supposed to be a prostitute. Judah knows that such treatment of a woman is wrong. This is how Judah’s brothers complained that Shechem had treated their sister (Genesis 34:31). (In addition to her being veiled and the intercourse perhaps occurring inside a dark tent, it is possible that Judah was drunk, since he had come for sheep-shearing [Genesis 38:13], sometimes a time of gaiety and drinking; cf. 1 Samuel 25:2, 8, 36.)

The narrative depicts Judah’s sexual behavior here as reprehensible. It depicts his act of selling his brother into slavery much in the same way. But a lifestyle of sin catches up with someone, and Judah is about to be confronted with his own.

In payment for Tamar’s services Judah offers her a young goat (Genesis 38:17). The expression, “kid from the goats” here is idiomatic Hebrew. The mention of a goat, however, may recall how Judah and his brothers slaughtered a goat (in that case, belonging to their father’s livestock) to cover Joseph’s disappearance (Genesis 37:31). No goat, however, will cover Judah’s sin here. Tamar asks a pledge to guarantee Judah’s promise, which may have taken him aback (Genesis 38:17). Tamar, however, has good reason to secure evidence. Judah has already shown his promises to be unreliable on even more urgent matters by not providing Shelah to Tamar (Genesis 38:14). (It’s always prudent to be able to document abuse.)

When Judah sends the kid and his friend does not find the prostitute (Genesis 38:20-22), Judah lets her keep his staff and seal, which would be worth less to her (though not necessarily to him) than the goat. He fears being ridiculed if they keep looking (Genesis 38:23).

It is possible that Judah’s fear of ridicule is partly embarrassment that the prostitute tricked him into giving her his identifying marks. It is also likely, however, that he does not want it to be widely known that he had slept with a prostitute, evidence of which act she now possesses. Even though Judah does not share the scruples articulated later in Scripture, he recognizes the shame in his behavior. Meanwhile, Tamar has taken a big risk. She now had his signet, cord and staff. But, if she does not conceive and bear a son, her ruse will fail. Yet even her pregnancy will constitute a large risk. Can she shame her father-in-law into responding justly?

Tamar does, however, conceive. And when Judah learns that his daughter-in-law is pregnant, he demands that she be burned for her offense (Genesis 38:24). Her death would conveniently resolve his obligation to send his son Shelah to her. It probably also upheld an honor code (cf. later burning of a priest’s daughter for desecrating his ministry by prostitution, Leviticus 21:9). Judah wanted no one to know about his own escapades (Genesis 38:23). He was, however, especially ashamed to learn of escapades by a female member of his household.

Tamar had, after all, married into his household. That was why he had sent Onan to raise up an heir for his older brother, so that Tamar’s son would receive the firstborn’s inheritance. Undoubtedly Judah and Er had paid a steep bride price for this woman. She was a woman of status, making alternative arrangements difficult. Yet Judah, though disposing of her like a member of his household, had sent her back to her father’s household (Genesis 38:11), undoubtedly shaming her. The rest of the narrative will underline the hypocrisy of Judah’s gender-based double standard.

Thus Tamar sends to Judah his staff, cord and signet ring. This reveals that he was the one who had impregnated his daughter-in-law, believing her to be a prostitute. Tamar’s invitation to Judah to “examine” the tokens in Genesis 38:25 may evoke for the reader Jacob’s sons callously inviting him to “examine” Joseph’s bloodied robe in Genesis 37:32. Because Judah, who participated in deceiving his father, experiences deception, he is confronted with his own sin (Genesis 38:26).

Such painful confrontations, however, can help make us better people. In the end, Judah does change (see Genesis 44:34-34)