God has turned the tables on Joseph’s brothers. Because they once harmed him to prevent the fulfillment of his God-sent dreams (Genesis 37:20), they will now bow down to him, fulfilling those very dreams. 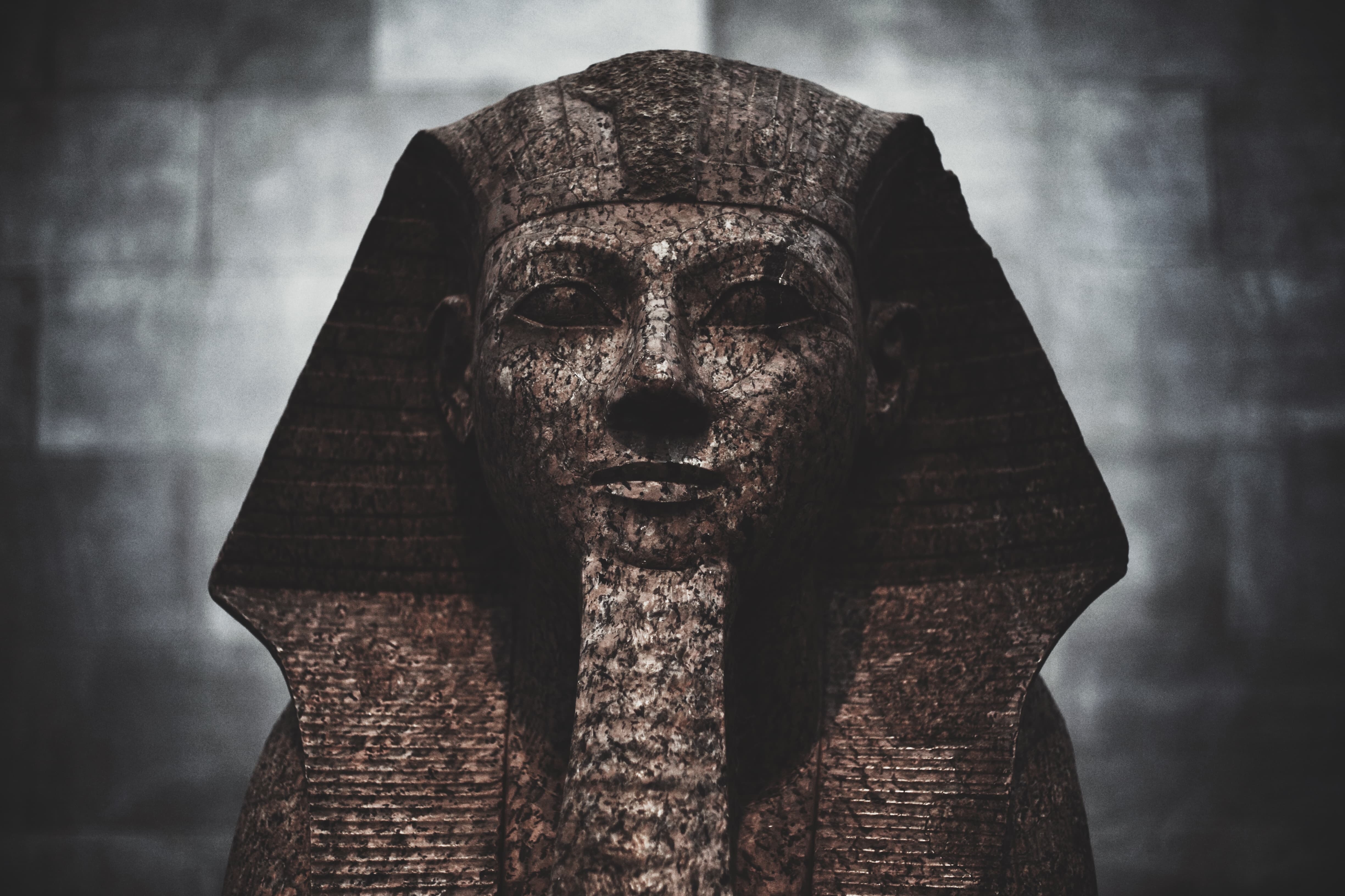 Years earlier, Joseph had journeyed from Canaan as a slave. Now Joseph’s brothers make the same journey because of hunger (Genesis 42:1-5). For silver, they sold Joseph to merchants traveling toward Egypt. Now they have come to Egypt to buy grain with silver. Those who plotted to kill him now are sent to buy food so they themselves “might not die” (42:3). In the process, they end up bowing before him (42:6), unwittingly fulfilling his dreams (37:7, 11; 42:9) that they once wished to silence (37:20)!

That Joseph’s brothers do not recognize him is not surprising. They could hardly expect the well-fed Egyptian overseer standing before them to be the seventeen-year-old they had sold into slavery. Nor would Joseph now have recognized Benjamin, a boy the last time he had seen him, apart from his brothers (Genesis 43:29). By contrast, Joseph could easily recognize his ten older brothers who had come from Canaan as a group.

But what can Joseph do? If he reveals himself to his brothers, their fear and shame will prevent them from informing his father or Benjamin. Moreover, Benjamin’s absence provokes questions. Have his brothers harmed him the way they harmed Joseph? He cannot trust his older brothers. But he may well wish to get Benjamin to himself, where he will be safe and cared for. As we learn later, Joseph inquires specifically about their father and siblings (43:7). That they respond that one sibling is no longer alive—referring to Joseph (42:13)—probably does not increase his confidence in their trustworthiness (cf. 42:14).

Joseph accuses his brothers of coming to see (literally) the “nakedness” of the land of Egypt, which could apply figuratively to barren land. Throughout the Torah, however, the term especially refers to human nakedness, especially when it is shamefully exposed to others’ sight, especially close relatives’ sight. The term is used elsewhere in Genesis itself only for Ham seeing his father’s nakedness and his brothers covering that nakedness without seeing it (9:22-23).

Joseph’s accusation rests on these brothers’ past behavior. They were the sort of people who would come to see nakedness, for they had once stripped him of his special garment (37:23). This would explain why Joseph’s claim that they are spies (42:9, 12, 14) frames their informing him that there were originally twelve brothers, and one was no more (42:13). In contrast to his claim that they are spies—thus that they come under false pretext—they insist that they are “honest” men. Yet Joseph probably knows that his brothers had planned to lie to their father about his disappearance (cf. 37:20, 31-32). (Their claim that they are all brothers, sons of one man, in 42:11, might highlight again for Genesis’s first, family-oriented hearers the depravity of their treatment of their brother Joseph.)

It is not impossible that some of Joseph’s brothers had viewed him as a sort of spy as well, since he brought back a “bad report” about them to their father (Genesis 37:2). This would also help explain Joseph’s choice of charge here (although he needs some charge that someone in his position could raise). Genesis’s early Israelite audiences might remember descendants of the twelve tribes who were sent as twelve spies into Canaan. Most of them brought a “bad report”. However—a term the Pentateuch applies only to their report and to Joseph’s original bad report about his brothers (37:2; Numbers 13:32; 14:36-37). (The only two spies that returned a good report were a descendant of Joseph and a descendant of Judah.)

For proof that they are “honest,” Joseph demands to see their youngest brother, Benjamin. This matter is so central to their claim to be honest that the term “honest” appears repeatedly—and, in Genesis, exclusively—in this connection (42:11, 19, 31, 33-34). In principle, genuine spies might have brought anyone and claimed that he was a brother. Happily, Joseph’s brothers were now in fact more honest than that. Because Joseph knew them, he could have investigated and seen through their ruse had they attempted that. The story could have gone very differently. But to know whether “truth” is with them, Joseph must see that Benjamin remains alive and well (42:16).

It is not difficult to see why the conversation turned in this direction. Although we first learn of the conversation later from the brothers, their report is undoubtedly correct, since it fits Joseph. Yet they would not have suspected it. Joseph specifically asks whether their father remains alive and if they still have another brother (Genesis 43:7). This question is indeed certain since Judah later reminds Joseph himself about it (44:19). (Even after Joseph sees the brother, his first question after revealing himself to his brothers is to learn whether it is really true that their father remains alive—45:3. After all, Jacob is well over 100 by this point in the narrative—47:9.)

A further reason suggests that Joseph would have asked this question and designed this test. Benjamin is not with them. And, knowing that these brothers have worded only delicately what really happened to Joseph, Joseph has reason to wonder how safe Benjamin is. He cannot know that his father kept Benjamin back to protect him. Nor can his father know that his fear for Benjamin will set in motion the new demand for Benjamin to come. Joseph reasons that if he reveals himself to his brothers, they will never tell their father or Benjamin that he is in Egypt. Unless his brothers have changed, the best he can do is get them to bring Benjamin, and reveal himself to Benjamin away from these brothers. Otherwise, to keep matters quiet, they might see to it that Benjamin could never return to tell their dark secret to their father.

They had cast Joseph into a pit (Genesis 37:24). He now casts them into confinement. Because he fears God—probably the true reason, as he claims—he chooses to keep just one in custody, to guarantee the return of the others. He then allows the others to return with the needed food for their families (42:18-20). He binds Simeon “before their eyes” (42:24), just as they had “seen” Joseph’s distress years earlier (42:21). Because Simeon was one of the two brothers who led the slaughter of the Shechemites (3425, 30), the narrator might invite us to imagine him as one of those who had proved harshest toward Joseph.

Joseph’s brothers reason that this “distress” (including the binding of one brother) has come on them because they ignored Joseph’s “distress” (the same Hebrew term) when he begged for their mercy (42:21). Joseph’s brothers think that their current predicament, including one of their brothers being imprisoned (42:19), is God repaying them for what they did to Joseph (42:21-22). And indeed, God’s rule, intended as a deterrent, was that those who shed other humans’ blood should have their own blood shed (9:6)!

The brothers may not have shed Joseph’s blood directly (37:26), but they assumed that he had died and they were guilty for his blood (42:22). (In 42:22, Reuben calls their deed “sin”. This contrasts with Joseph’s refusal to “sin” in 39:9. Sinning against God was death worthy, as in 20:3, 6-7.) What they could not know was that on a higher level God actually was preparing for their deliverance from the coming famine. This short-term difficulty was a prelude to God’s long-term grace.