“Are they fighting again, Destiny?” Allison asked her 8-year-old neighbor, who was sitting on the porch of the house next door.

“Yeah, they’re yelling and calling each other names. I hate it when they fight!” she said angrily.

“Would you like to come play with my kittens for a little while?”

“I’d love to!” Destiny jumped down off the porch and raced to the front door of Allison’s house. “Thank you for inviting me.”

Allison opened the door, and Destiny walked through the living room and dining room to the kitchen, where the kittens were sleeping.

“They’ve gotten bigger since the last time I was here,” Destiny noted. “They grow very fast, don’t they?”

Sunshine, an orange-colored kitten, woke up, and Destiny started petting her. “How come kittens grow up so fast, and I grow so slowly?”

“Cats don’t live as long as people do, so God planned for kittens to grow up quickly.” Allison smiled. “Are you in a hurry to grow up, Destiny?” 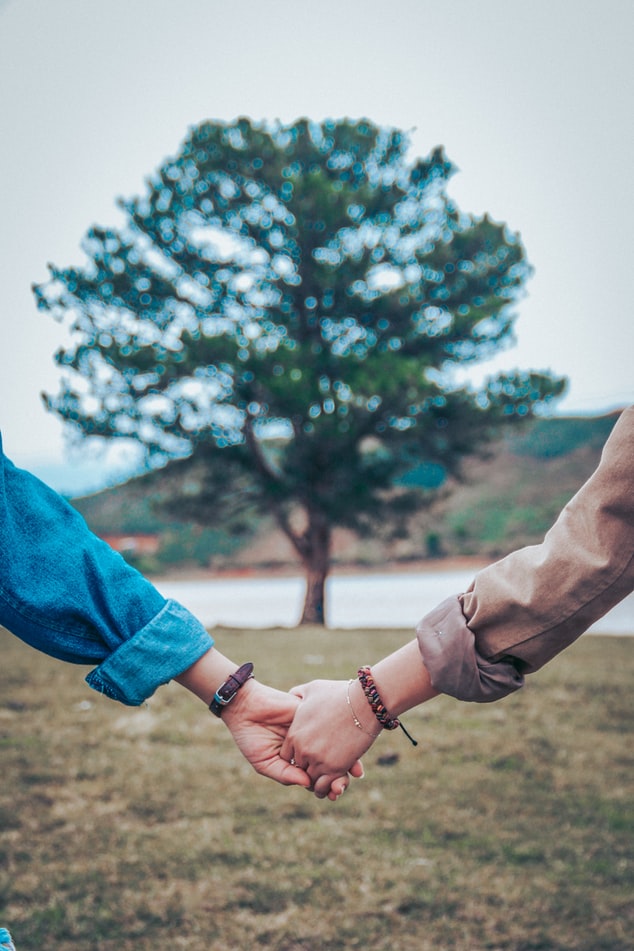 “Because then I could move out on my own, and I wouldn’t have to listen to my parents fight all the time.”

“What do they fight about?” Allison asked.

“Today they’re fighting about who’s going to take me to my piano practice tomorrow evening. My mother signed me up for lessons, but now she says she’s too tired to take me after she comes home from work. So, she’s mad at my father because he doesn’t want to drive me either.”

“Maybe I could drive you,” Allison offered. “Where do you have your lessons?”

“Mrs. Cicarelli teaches me at her home, which is near my school.”

“Do you think she would mind if I stayed and listened to you practice?”

“Really?” Destiny stopped playing with Sunshine and looked straight at Allison. “You want to hear me play?”

“I would very much enjoy it, Destiny.”

“I’d better go home and do my homework,” Destiny stated an hour later after she had finished the milk and chocolate chip cookies that Allison had provided.

“Remember to ask your mother if I can drive you to your piano lesson tomorrow.”

A few minutes after Destiny had left, Allison’s phone rang.

“Yes, Courtney, I did offer to drive Destiny to her piano lesson. . . . No, it’s no trouble. I get a little lonely sometimes since my Jesse had to go back to driving long distances and being gone for a week at a time. I would love to have Destiny’s company. . . . Five o’clock will be fine. Just have her ring my doorbell when she’s ready to go.”

When Destiny got home from school the next day, she immediately started working on her homework. At five minutes till five, she excitedly rang Allison’s doorbell.

“Do you still want to take me to my lesson?” she asked anxiously. “You haven’t changed your mind, have you?”

“No, I’m really looking forward to it,” Allison replied as she locked the front door behind her and walked to the driveway. “I even pulled the car out of the garage earlier, so we could leave more quickly.”

While Allison drove, Destiny told her about the spelling bee she planned to enter at school.

“I wish my parents would listen to me spell my words so I could be sure that I’m getting them right.” She was silent for a few minutes, then added, “If my parents didn’t spend so much time fighting, maybe we’d have more time to do fun things together like we used to do.”

“You’re a wise little girl, Destiny. Sometimes family members lose sight of what’s really important. They don’t realize how much they love each other and how quickly circumstances can change.”

Mrs. Cicarelli seemed pleased that Destiny would have an audience. “Destiny is doing very well for a child her age,” she announced.

Then as Destiny sat down at the piano, her teacher whispered to Allison, “All she needs is a little encouragement.”

The hour seemed to pass too quickly. After loudly applauding and cheering Destiny’s successful practice session, Allison escorted her to the car.

“Your teacher says that you’re doing very well and that you have a good ear. Will you be having a recital soon? I’m asking because I would love to be invited, and if Jesse’s home, I know he’d also enjoy it.”

“I’d love to have you come! That would be wonderful!”

“Did you and Jesse ever have any kids?” Destiny asked as Allison was driving her home.

“We have one daughter, Julie. She’s married to Kent, and they have a little boy named Ethan.”

“How come I never see them?”

“She and her husband moved to a larger city, so they could be near a special hospital. Ethan had cancer and needed to have treatments that he couldn’t get here.”

“Is Ethan going to be okay?”

“Yes, thank God, he’s fine now. In fact, they may be moving back in with us soon. The treatments were very expensive, so we’re all trying to work together to pay off the medical bills. That’s why Jesse went back to driving long distances, so he could earn more money.”

“Do the people in your family get along with each other?”

“Yes, we usually do. When you nearly lose someone you love, then a lot of things that used to seem so important no longer matter.”

“I didn’t make it myself,” she apologized, as Allison invited her inside.

“That’s fine,” Allison thanked her. “I don’t always have the time to bake either.”

“Destiny told me about Ethan. I’m so glad that he’s okay.” She paused for a moment. “How do you manage? Josh and I are so stressed out all the time. We seem to always be yelling at each other. I hate to think of the effect it’s having on Destiny.”

“Jesse and I made an agreement before we got married. We decided that we would never go to bed angry, and if we couldn’t agree on something, we would pray about the problem until God gave one or both of us wisdom to deal with it.”

“Have you kept your agreement?” Courtney asked.

“Yes, but it hasn’t been easy. When we’re under a lot of stress and we don’t seem to have enough time to get everything done, it’s hard to make ourselves stop, sit down, and really listen to each other. But every time we do, God helps us to overcome the problem and we grow closer together. It takes three to make a marriage work . . . and God always has to be in the middle.”

“Josh and I were thinking about going to a marriage retreat that our church is sponsoring next month.”

“I hate to impose, but would you be interested in babysitting Destiny for the weekend? We’d pay you, of course.”

“I would be delighted!” Allison replied. “And I’ll be praying that God will use the time away to bring you and Josh even closer together. Don’t worry about leaving Destiny with me. We’ll have a wonderful time.”

Succeeding as a Family

Succeeding as a Family