When I was 15, I watched Peggy bake bread. Peggy was a wonderful woman who hosted our small church in her home on Sunday nights. Each week she baked loaves of bread for our gathering.

On this one Sunday, I sat in her kitchen as she kneaded dough to prepare it for baking. Then she did the most amazing thing. To feed those of us who were there early, she put together a meatloaf. The oven was already packed with loaves of bread, so she put the meatloaf on the bottom of the oven and spoke out loud to God.

“God, that meatloaf needs to be done in 30 minutes.” 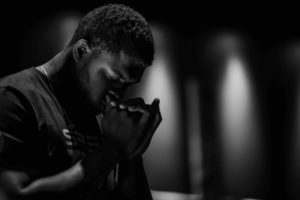 Until that moment, I had never heard someone speak to God in a familiar way. I thought God was on some massive throne, so you had to talk to Him like He was at the other end of a throne room – and He may or may not let you enter.

How do you talk to God? Do you see Him as a parent to appease? A judge to fear? A friend to whisper with?

I have to tell you that I don’t think there was ever a meatloaf that was better watched. In my house, we never put anything on the bottom of the oven, and meatloaf took 50 minutes to cook. Yet, in 30 minutes we were at the table, eating a fantastic meal.

The story doesn’t end there. A week or so later, my mom got really mad and I fled to my room. Standing there, I remembered how Peggy spoke to God, and thought I’d try it. God, I don’t know what to do was all I said, but it was enough. In my mind, I felt God tell me to go out and wash the counter. Now, the last place I wanted to be was in the kitchen with my mom when she was angry. But, since I knew the idea didn’t come from me, I gave God a chance. I left my room and went to wash the counter. As quickly as the emotional storm had come, it left, and my mom wasn’t mad any more.

God is very interested in everyday life. Share it with Him. Talk to Him about what is important to you.

Conversation is a two-way street. Take time to just listen to what God might have to say to you.

If I hadn’t decided to follow what I thought God was saying, I’d have never realized that was His voice. When you feel God’s nudge, try it out. He won’t start with huge things, but small things, because He wants a relationship. He wants you to know His voice.