In obedience to God’s call, Abram journeyed to Canaan (Genesis 12:4).

Genesis names some of the places where Abram journeyed (e.g., Genesis 12:6), places that would be significant for Abraham’s descendants when they settled there. (I use the earlier name Abram for passages before Genesis 17:5 and the later name “Abraham,” given in Genesis 17:5, after that passage; Sarai becomes Sarah in Genesis 17:15.) Genesis also often reiterates the promise of the land to Abram (e.g., Genesis 12:7, where the Lord appeared to Abram), reinforcing a theme that God wanted his people to remember as they settled the land. 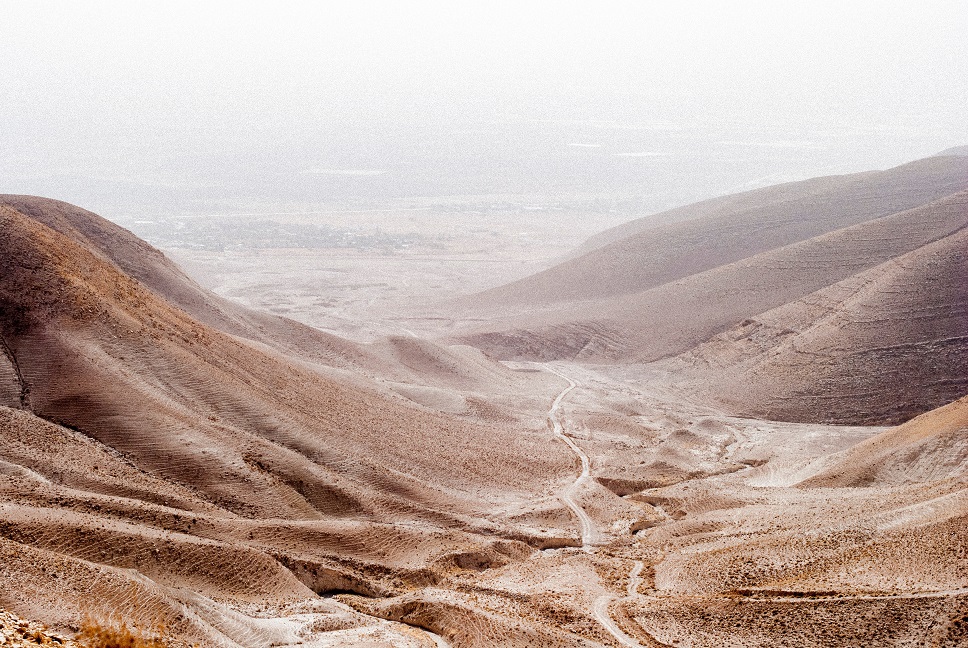 Many travelers journeyed from Mesopotamia to Canaan in this period, but Abram went specifically in obedience to God’s call. Unlike Egypt, which is blessed with the Nile, Canaan depends on rainfall, and thus is more vulnerable to famines (as noted by my colleague Bill Arnold in his Cambridge commentary on Genesis). Canaan may be the land of promise for Abram’s household, but Canaan is not ready for them just yet.

What could they do? Although God later warns Isaac not to travel to Egypt during a famine (Genesis 26:1-2), he later instructs Jacob to do so (Genesis 46:3). Here he simply seems silent—at least so far as we know, since the narrative does not tell us everything that was once known. At least we can say that the narrative offers no indication that leading one’s people to Egypt temporarily during a famine was disobedient or faithless; it may have simply been the wisest course available.

Obedience pleases God, but it does not solve every problem or imply perfection in every other area of our life. At some points God directly commands Abram, but when Abram, and later his son Isaac, present their wives as their sisters (Genesis 12:13; 20:2; 26:7), the biblical text offers no indication that this strategy was divinely ordained. In fact, God had to rescue Abram and Sarai from this strategy! (Some find in the multiple occasions signs of sources; in this post, though, I am exploring the narrative as it stands, as typically in narrative approaches; in Genesis 20:13, Abraham later explains, perhaps truthfully, that this was their regular practice.)

Although a man of wealth and status such as Abram often married multiple wives, and customarily did so if one wife could not bear children, Abraham did not marry another woman so long as Sarah lived (Genesis 25:1, 6). Abram and Sarai may have been following a custom from Mesopotamia. There a wife of means might give her female servant to her husband as a concubine, and most relevantly, as attested in a Nuzi tablet, a wife unable to bear a child would have her woman servant bear in her place (cf. also Genesis 30:3, 9). If Abram and Sarai attempt to follow this custom, certainly they did not attempt it as a first resort; Genesis suggests that Ishmael was not born until Abram was 86 and Sarai 76 (Genesis 16:2-3; cf. 17:1, 25). Sarah thus was presumably extraordinarily special to Abram.

“Sometimes life presents us with only uncomfortable alternatives on the human level, none of them good.”

Nevertheless, Abram wanted her to claim to be his sister—to protect his life (Genesis 20:11), but perhaps at the long-term expense of their marriage (if an Egyptian wanted to marry her) or at least her sexual integrity (if some Egyptians wanted to sleep with her). Perhaps Abram expected God to deliver them, but then why not trust God to protect them without this ruse? The narrative suggests that passing Sarai off as Abram’s sister was a bad idea (Genesis 12:18-19; 20:6, 9-10), even though it was a half-truth (she was his half-sister, Genesis 20:12). Then again, the alternative, which they perceived as real, of Abram being killed and Sarai being taken as another’s wife anyway, was not desirable either. Sometimes life presents us with only uncomfortable alternatives on the human level, none of them good.

Sometimes, at least, the ruse might be the best viable alternative. Years ago Kokeb, an Ethiopian Jewish friend of mine, was fleeing persecution in Ethiopia and was trying to reach Israel. Unfortunately, soldiers in the Sudan intercepted him and his wife. Kokeb and his wife knew many men were being killed so as to make their wives lawful booty. Following the example of this story in Genesis, his wife claimed that she was his sister; instead of executing him, therefore, they left him and his wife together overnight. That night they escaped together to the north, and after some years in Khartoum and then Egypt they finally did make their way to Israel. (My wife Médine and I once joked that if we were intercepted by white supremacists who opposed interracial marriage, we could just joke that we are just siblings. I’m just lighter because I accidentally fell into a pool of bleach when I was younger.)

But Pharaoh’s officials took her into his harem. Younger readers, in particular, may wonder how a woman past 65 years of age might be considered beautiful to a king (though he may have been even older). Cyrus Gordon suggested that Middle Eastern nomads tended to overestimate their ages, and she was younger in literal years than the text sounds to us.

I must say, however, that physical beauty may persist older in age than we in the West sometimes think. One friend from India introduced me to her mother, who was an active jogger in her seventies, and I was astonished at the mother’s extraordinary physical beauty; I was then in my late thirties. (Of course, some of us have a different advantage. I have joked with my African-American friends that as I age I simply get blonder. The joke unfortunately works less as my hairline continues to recede …)

“Obedience pleases God, but it does not solve every problem or imply perfection in every other area of our life.”

When Sarah is nearly ninety and another king takes interest, the issue may be more her nobility than her physical attractiveness, although the reason for the interest is not specified there (Genesis 20:2). One consideration is that kings often did want women in their harems who established ties with a range of other princes; Abram had enough servants to constitute, by the standards of that era, a small army or militia (Genesis 14:14). Sarai was thus from a wealthy and high-status Middle Eastern family, even if they were seminomadic pastoralists. Her bearing and her status as a high-class representative of another culture might be part of her beauty and appeal to Pharaoh.

Then again, Genesis may simply depict a time when some people aged more slowly (certainly in this family line; in 11:32 their father Terah is said to die at age 205). As scholars often note, even the longevities of antediluvian patriarchs recorded in Genesis are quite brief by comparison with Sumerian king lists depicting the same period!

Pharaoh gave Abram animals and servants as a brideprice for Sarai, this nomadic princess (cf. Genesis 17:15; “Sarah” means “princess,” though that is because, in Genesis 17:16, royalty descends from her). Undoubtedly one of the servants is the Egyptian woman named Hagar, who figures prominently in later chapters (Genesis 16:1). But even by ancient standards, none of this could 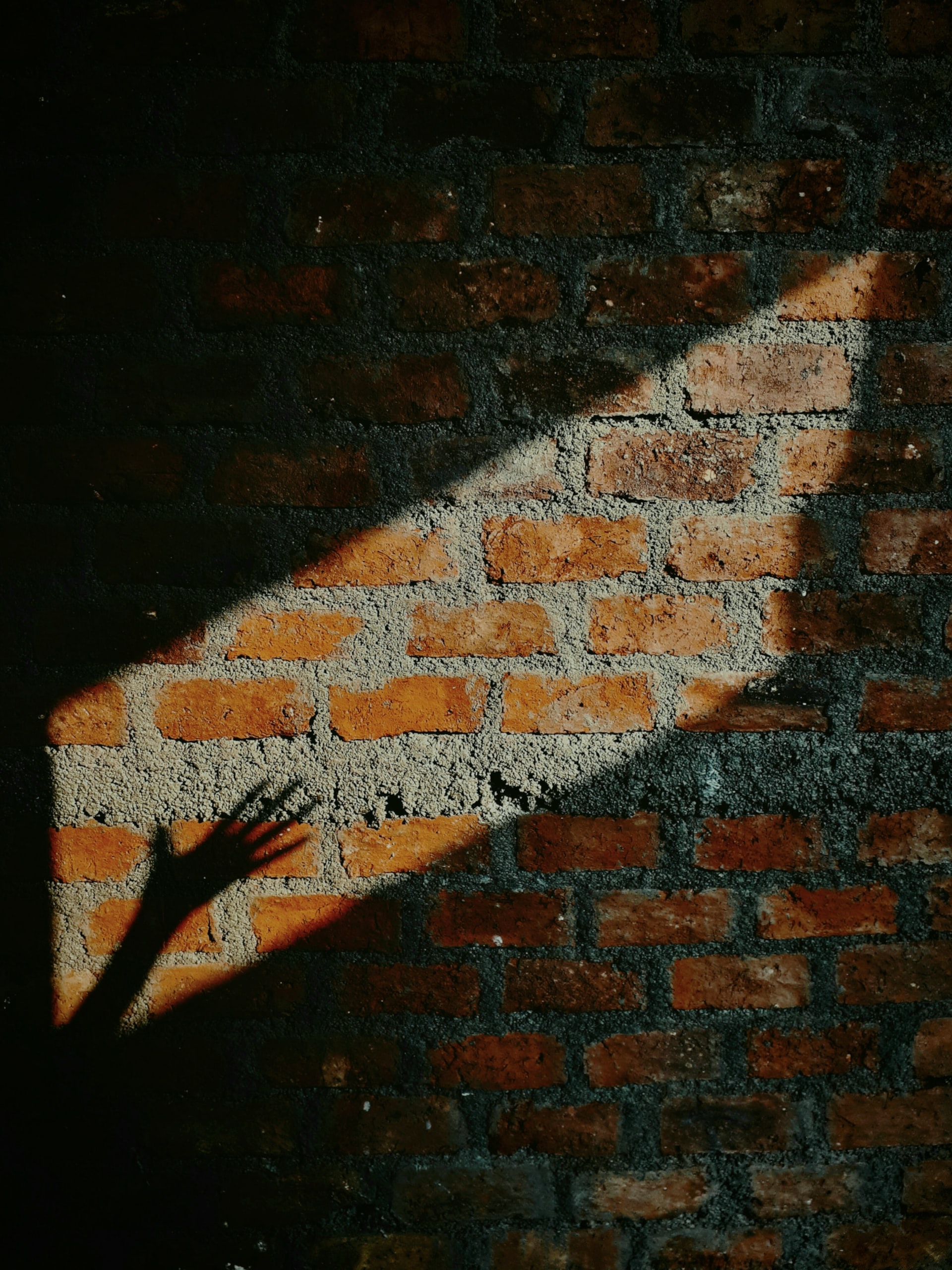 Although God has not yet told Abram that his promised descendants (implied in Genesis 12:2) must come through Sarai, that is still the presumed expectation here. And God sees to it that this happens, just as he later does at the very time when Sarah might already be pregnant with the promised heir (Genesis 20:3). Pharaoh sends Abram and Sarai away, but they are able to retain the gifts that Pharaoh had given them (Genesis 12:20). They also profited on the later occasion (Genesis 20:14), and in that case were even welcome to remain in the land (Genesis 20:15).

Perhaps the first positive outcome was why Abram unfortunately tried the ruse again later (Genesis 20:2) and why his son Isaac, who had undoubtedly heard the stories, did the same (Genesis 26:7). (Isaac’s case required no direct divine intervention and no one took Rebekah; Genesis 26:8.) But in this world, divine intervention does not always come. God rescues Sarai from male sexual exploitation in Genesis 20:1-18, but in the paragraph immediately preceding does not rescue recently widowed Lot, who had raised his children in an immoral setting, from being exploited sexually by his own daughters. (By today’s standards, getting someone very drunk to have sex with them without their knowledge is considered rape, though it’s most often the man or the elder who perpetrates it.) God had intervened to save Lot’s life, but the incest scene sadly reminds us that dramatic interventions do not always happen.

God watched over the promise to Abram and Sarai, however; this was part of his plan for a wider hope for the future for all of humanity. Israelites who heard this story of deliverance would look back and celebrate God’s faithfulness that had allowed them to come into existence as a people. They would also note some important analogies in this and other narratives in Genesis–some pre-echoes of their experience.

God often acts in similar ways at different times. Here, God plagues Pharaoh’s household to protect the promise of Abram’s seed (12:17). Similarly, in Exodus, God will plague Pharaoh’s household to bring Abraham’s seed from Egypt and establish the promise of the land. (In Genesis 20:18, by contrast, God closes the wombs of the family of Sarah’s unwitting oppressor for an observable length of time—at the very time Sarah is pregnant with the promised heir [Genesis 21:1]. That king might be more reluctant than he admits; God rather persuasively assures him that he will kill him and his family if he doesn’t return Sarah to her husband voluntarily [Genesis 20:7].)

“The moral is not that it is safe to be unwise; the moral is that God is more faithful than we deserve.”

This plaguing of Pharaoh’s household signals one of several foreshadowings of the coming exodus of Abram’s descendants. In Genesis 15:7, God reminds Abram, “I brought you out of Ur to give you this land,” just as God would later remind Israel, “I brought you out of the land of Egypt to give you the land of Canaan” (Leviticus 25:38). Later Joseph’s exaltation from slavery in Egypt will foreshadow that of the Israelites during the exodus, in the same way that Sarai’s liberation from Pharaoh’s harem does.

The narrative does not invite us to follow Abram’s example (though in the extreme case of Kokeb, noted above, it seems to have been a good idea). It does invite us to trust Abram’s and Sarai’s God, because God kept his promise to imperfect followers who did their best to obey his explicit commands. Sometimes, even when in difficult times we have made unwise choices or even the best possible choice out of only bad ones available, God has kept us. The moral is not that it is safe to be unwise; the moral is that God is more faithful than we deserve.

Other recent posts on Genesis include: creation as God’s love, God’s goodness messed up, the flood, Babel; and, briefly, Peleg (in addition to Abraham comments on Genesis 12:1 and Genesis 12:2-3, noted above)