Most people have heard of the “five second rule”—that if food spends just a few seconds on the floor, dirt and germs won’t have enough time to contaminate it.

Parents sometimes apply the rule to pacifiers (after their first child of course). The history of the five-second rule is difficult to trace. One legend attributes the rule to Genghis Khan, who declared that food could be on the ground for five hours and still be safe to eat. 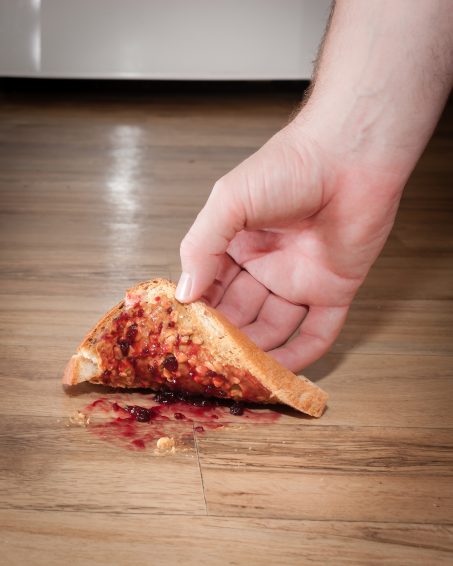 Nevertheless, a 2016 experiment should permanently debunk the five second rule. Professor Donald W. Schaffner, a food microbiologist at Rutgers University, reported that a two-year study concluded that no matter how fast you pick up food that falls on the floor, you will pick up bacteria with it.

The researchers tested four contact times—less than one second and five, 30 and 300 seconds. A total of 128 possible combinations of surface, food, and seconds were replicated 20 times each, yielding 2,560 measurements. So after those 2,560 drops they found that no fallen food escaped contamination, leading Professor Schaffner to conclude, “Bacteria can contaminate instantaneously.”

What other lifestyle legends have you adopted as acceptable?

Do you believe you can do it all, have it all and be all? We fool ourselves if we think a nonstop pace makes us more effective. Someone said to me the other day that in these times we wear busyness like a badge.

Just like we believe if we pick up that cookie off the floor within 5 seconds it’s OK, why do we believe we can neglect honoring the 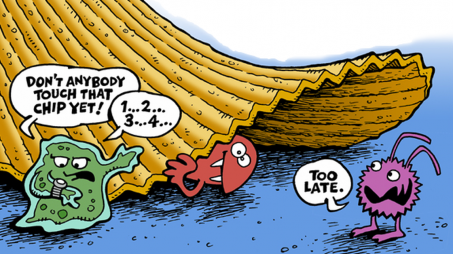 rhythm of Sabbath and not be negatively affected?

When you’re frantic with busyness, you’re in a dangerous place. When you’re depleted and on empty, that’s a sad state to be in.

If our lives, relationships and experiences are going to be rich and effective, it will come out of a disposition of rest in God. When you live out of a full and rested life, you make your best decisions, you pray your best prayers, you love your family the best, and you’re good with God and the world.