Public concern about youth violence has never been greater.

And what is most troubling is how senseless and dispassionate the recent acts have been. We have seen young people behave as if they are totally void of a conscience. They violated social norms without exhibiting the slightest guilt or regret and left many people shocked, asking, why?

While most kids do stay out of trouble, many of those who don’t cause problems in their communities and schools. And in some cases, the violence is deadly. In 1996, 6,548 young people 15-24 years old were victims of homicide. This amounts to an average of 18 youth homicide victims per day in the United States.

A number of forces are at play creating destructive behavior in some children. Problematic children often can be pinpointed by 5 specific warning signs. These warning signs, however, should not cause one to overreact since adolescent misbehavior does not always lead to criminal activity.

Children from broken families may be missing the important social-building skills that good two person parenting can provide. Not only do parents provide stability, but they are the key source for the transfer of values and virtues to their children. When these components are missing, the child’s development is likely to suffer. Children are left without a blueprint for positive social 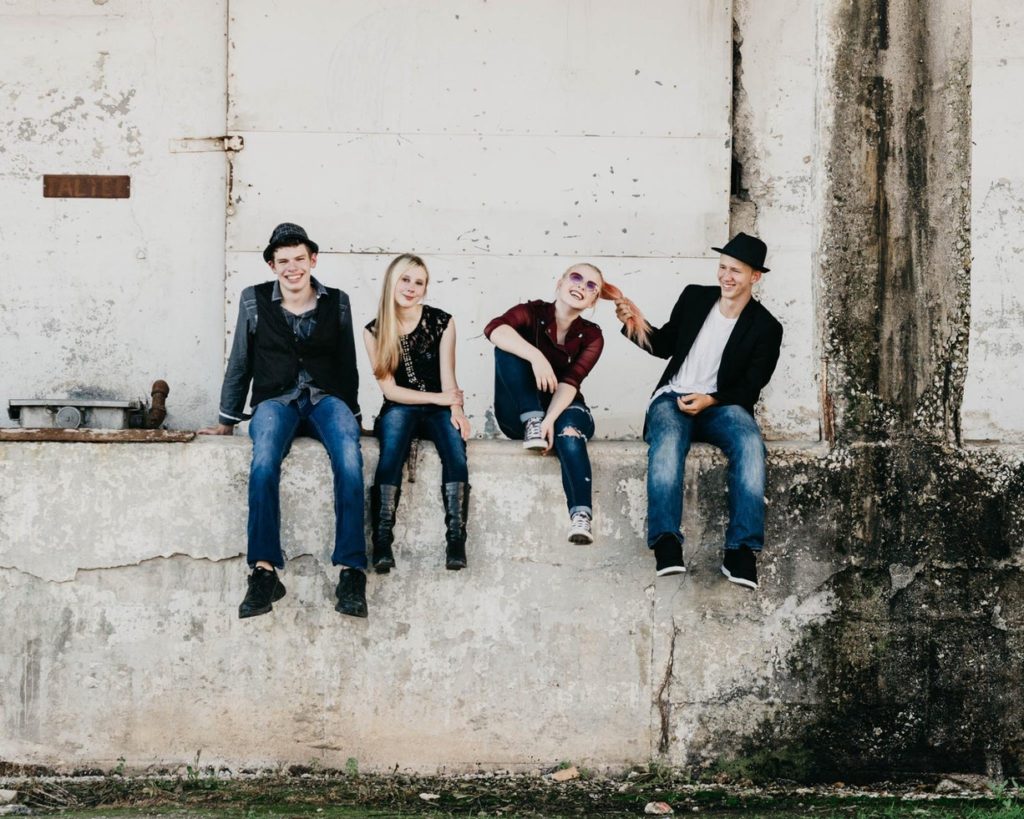 Many adults and children experience deep-rooted behavior problems as a result of divorce, absent fathers and family neglect. When a child commits a crime, professionals usually turn first to their family structure to determine the cause of their actions. In most cases they find that the child came from a dysfunctional home. Consider this An estimated 24.7 million children (36.3 percent) live absent their biological father.

Children who live absent their biological fathers, on average, are more likely to be poor, experience educational, health, emotional, and psychological problems, be victims of child abuse, and engage in criminal behavior than their peers who live with their married biological mother and father.

Intact biological families are no guarantee of well developed kids. Connection between parents and child is the most important factor is immunizing your child from most anti-social behaviors.

The mass media is a powerful force in contemporary culture. Movies and music draw in children and young adults to a fantasy world. In short, the media motivates, mobilizes, and influences the choices of many in our culture, especially the young.

Many American children are glued to the television and, therefore, have less time for activities such as reading, writing and family communication. Remember, children are strongly influenced and shaped by whatever they spend their time with. The average American child (ages 2 to 11) watches approximately 28 hours per week of television.

The American Academy of Pediatrics has documented that movies, music and violent video games often contribute to the distortion between perception and reality. It has been demonstrated repeatedly that the visual images on television can influence lives positively and/or negatively. Unfortunately, violent images have become prevalent. By the time the average child reaches age 70, he or she will have spent approximately 7 to 10 years watching television.

And by the time an average child leaves elementary school, he or she will have witnessed 8,000 murders and more than 100,000 other acts of violence. The American Academy of Pediatrics issued a policy statement in 1995 arguing that The American media are the most violent in the world, and American society is now paying a high price in terms of real-life violence.

Adolescents are influenced by their peers. As children grow, they are shaped not only by their parents but by those they associate with. Whether when buying clothes or experimenting with tobacco, teens often influence each other about the choices they make. Though this is not always a bad thing, how children choose to react to peer pressure is what is at the heart of the matter.

Teens who lack a strong parental influence do not fear parental discipline and are, therefore, more apt to be negatively persuaded by their peers. And in some cases, peer pressure can be deadly. Dylan Klebold of Columbine came from an allegedly good family. He was a former Boy Scout who excelled in school. However, things changed when he became friends with Eric Harris.

The son of a serviceman, Eric made few friends throughout his life as a result of numerous family relocations. Although Eric was considered a normal kid, he began to unravel. And after several rocky friendships, he began to cling to fringe groups such as the Trench coat Mafia and became obsessed with Hitler. Eric’s hatred started to fester as a result of constant teasing by his peers. He became unhappy and distant at school often commenting to friends verbally and through the Internet of his missions to get revenge. His anger led him to construct pipe bombs and finally shoot 12 students and a teacher.

Some students from Columbine claim that Dylan was influenced by Eric. Dylan made the decision to follow Eric into his dark campaign of destruction.

Some software developers have tapped into the dark side of the computer gaming industry. Video games depicting death, destruction and murder have found their way onto computer shelves 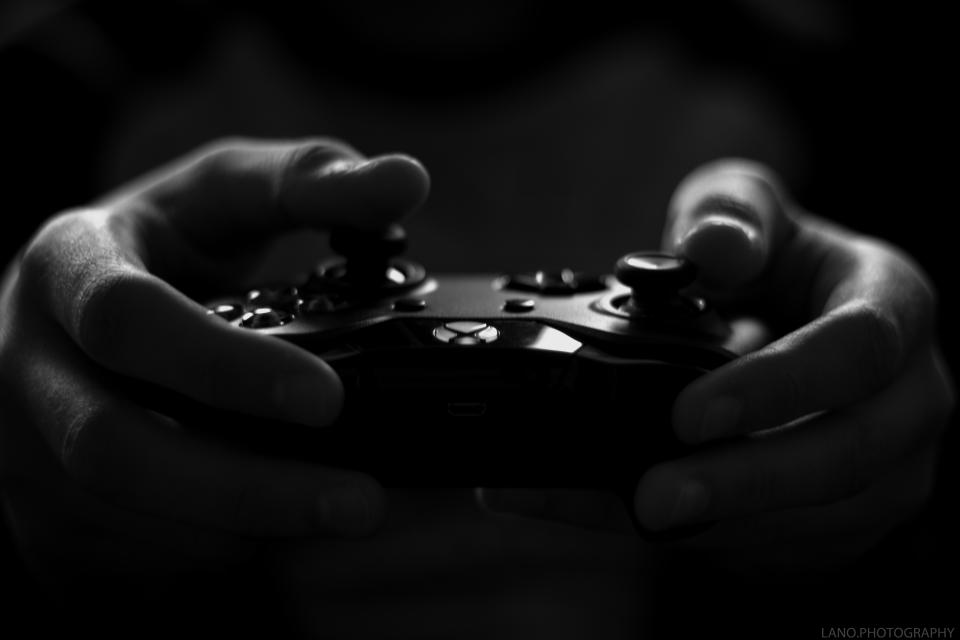 across America. And the sole group companies are marketing to are kids. PlayStation magazine, a publication that displays ads for new and upcoming games, reports that 40 percent of its readers are under the age 18. These numbers can assumedly carry over to the player base of the sometimes violent games advertised in said magazine.

This industry is doing a brisk business. In 1998 the video game industry was worth more than $6 billion. One game called Quake (1996), depicting a lone gunman on a bloody shooting spree, sold more than 1.7 million copies its first year. The prices make them fairly easy to acquire, starting from around $60 and dropping to about $10 for older releases.

Though no comprehensive studies have been conducted on the effects of the new wave of video games, researchers have documented the cause and effect relationship of violent television images and aggressive behavior. The problem is compounded when children play violent video games because they are interactive in nature and most often require deep concentration.

Lt. Col. David Grossman, a former West Point psychology professor and author of On Killing, commented, These types of bloody games are not games of fun for impressionable children. These are mass murder simulators, and often desensitize children the to effects of real world violence around them. Nine-year-old’s are practicing killing people in their homes for hours and hours every day. So when a few kids go out and execute what they’ve been trained to learn has little to no consequence, we should not be surprised.

Not all video games are bad, but these violent ones in particular bring a cause for concern. But, the question is, who is the one buying the games for these children? Most of these games come with ratings that require someone 18 years or older to even purchase, let alone play. Being involved in what’s going on in your Childs life and the media consume, is crucial to the development of their future. When your child asks for a game for the holidays, be present and attentive in noticing things like age ratings, read reviews online, or ask the store attendees -if purchased in person- if the game is recommended for someone of your child’s age. Showing interest in what your children are into and bringing home, possibly from friends, is our job as adults and parents.

Video games are not an inherently violent form of media. However, it is your job as loving parent or guardian to monitor what games they play, and if they show interest in violent ones, gently try to have a conversation with them about your concerns and explain why you don’t think that is safe for them to be playing it.

The horrors of drug abuse are most tragic when they involve young people. And studies have shown that children who come from broken families are more prone to abuse drugs. A study reported in the Journal of Personality and Social Psychology concluded that inadequate family structure and a lack of positive familiar relationships often lead to substance abuse as a coping mechanism to relieve depression and anxiety.

Many crimes are committed by those under the influence of drugs or may be motivated by a need to get money for drugs. About 4 in 10 criminal offenders report that they were using alcohol at the time of their offense. In cases of spousal abuse, 3 out of 4 incidents were reported to have involved alcohol.

Through the course of early childhood to adolescence, many youngsters today are being exposed to life-changing events, some of which previous generations never experienced. Family breakdown, media violence, peer pressure and substance abuse can affect a child’s development and steer him or her toward rebellious and aggressive tendencies. Interestingly, strong and involved parenting at the early stages of childhood will often deter children from making harmful choices.

For example, attentive parents monitor their kids’ listening and watching habits. Furthermore, active parents will most often notice changes in their children due to drug or alcohol abuse and take appropriate measures. Through strong families, we can reverse this serious trend of violence permeating our youth culture.