Although we often retell the stories in Genesis, sometimes we neglect an important detail.

When the aged shepherd Jacob came into Pharaoh’s presence, he blessed him (Genesis 47:7). Of course, blessing rulers was not unusual, but Genesis is emphatic. Jacob blesses Pharaoh again at the end of his visit (47:10), framing this interview with Pharaoh. 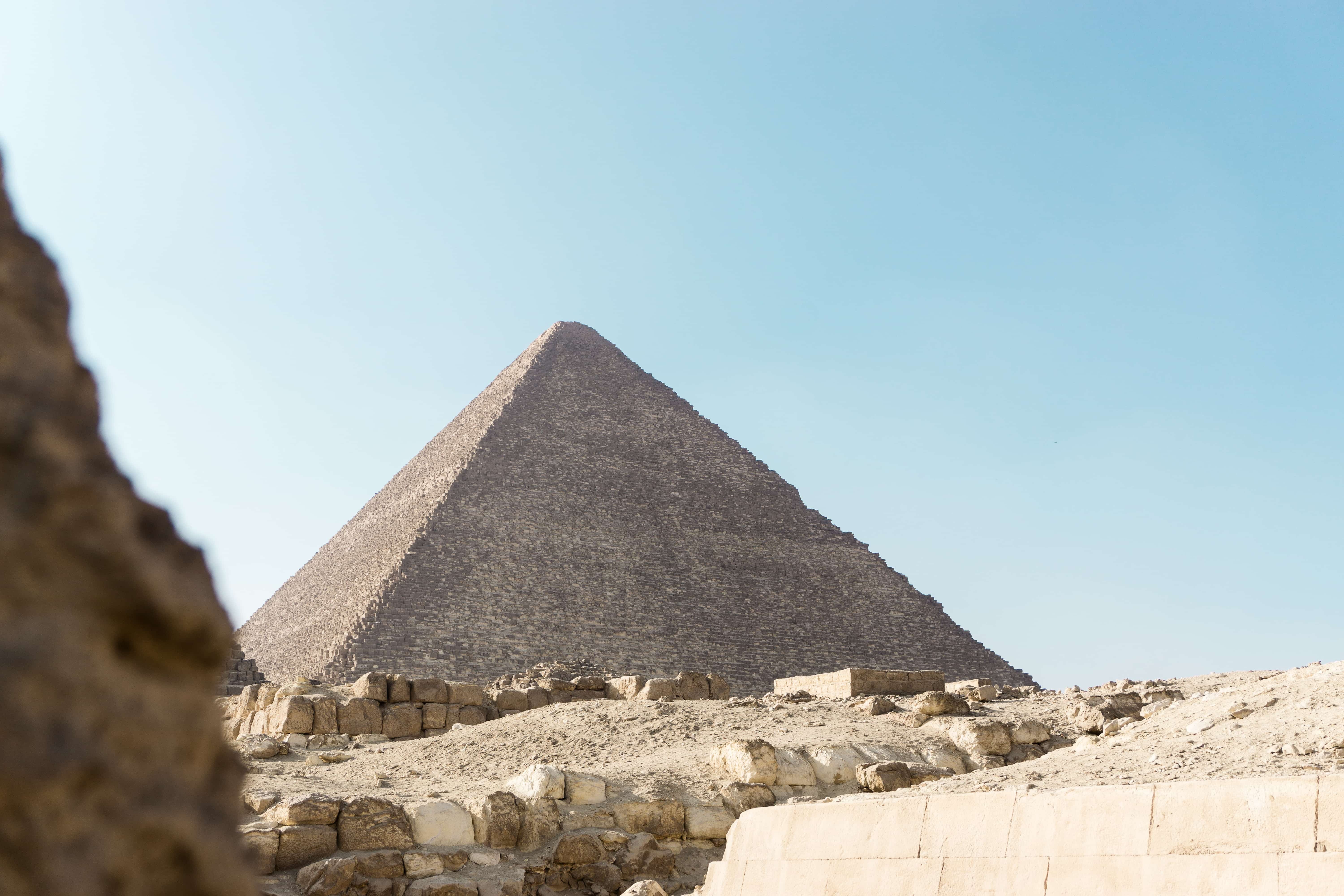 Pharaoh’s Respect for The Patriarch

We might expect one with special favor before the gods to offer such a blessing, but pharaohs themselves were considered divine. Would not Jacob’s emphatic act thus seem presumptuous to both of them (cf. Hebrews 7:7)? I do not think so. Pharaoh was in awe of the special wisdom that Joseph had from God (Genesis 41:38), and might well wonder about the kind of family in which he grew up. Age was respected in antiquity and longevity was seen as a divine blessing. Pharaoh, thus, asks the age of Joseph’s obviously aged father (47:8).

Jacob reinforces Pharaoh’s awe by mentioning (indeed, complaining) that his old age of 130 years so far was small compared with the longevity of his ancestors (47:9). Truly this family was divinely blessed! After all, 110 was considered an extremely blessed old age for Egyptians (and this is the longevity later ascribed to Joseph, 50:26). By pointing to the greater longevity of his ancestors, therefore, Jacob merely increases for Pharaoh the mystique of this holy family of Joseph that has great power with the living God.

That Pharaoh would be awed by someone less renowned than himself is not surprising. In my own life I think of some people, often obscure in the eyes of the world, whose divine insights for me have proved accurate, or who seem gifted and eager to pray for me. Grateful and impressed with their walk with God, I count it a blessing to learn from what they have learned from God himself, and to receive their prayer support. This pharaoh (in utter contrast to the later pharaoh who tries to prevent Israel’s exodus from Egypt) recognizes a divine blessing on Joseph’s household and is pleased to honor it. Yet even the later Pharaoh, when God humbles him, will ask for Israel’s leaders Moses and Aaron to bless him (Exodus 12:32).

Perhaps it is especially important for us to recognize that blessing Pharaoh is something God wanted Jacob to do. Jacob is now fulfilling his divinely appointed role. The nations are blessed in Abraham and his seed (Genesis 18:18; 22:18; 26:4; 27:29), and Jacob, like his son Joseph, becomes a conduit of God’s blessing to Egypt. We as Christians sometimes see our role in the larger culture as adversarial. Sometimes because of conflicts forced upon us. But ultimately, we must seek to be a blessing to the cultures where God has placed us.

We can also learn from how Jacob’s behavior here contrasts with some of his behavior earlier. (Against what some scholars have argued, it is valuable to learn from biblical characters’ behavior. Paul felt that how God worked among people, and how they responded, offered examples for believers of subsequent eras; 1 Corinthians 10:11.)

After Joseph’s disappearance, Jacob grew anxious about risking his remaining son of his favorite wife. He had lost Rachel and Joseph, so he was terrified about losing Joseph’s full brother Benjamin (Genesis 42:36, 38; 43:14; 44:20). A fear that nearly kept him from getting Joseph back. Despite the passage of years, Jacob’s determination to keep mourning for Joseph (37:35) continued to shape his behavior. The one whom he would have most hoped to bless (48:15-22; 49:22-26) is now gone, and those who knew him best felt that the loss of Benjamin would kill him (44:22, 30-31, 34).

Today we might speak of Jacob having post-traumatic stress syndrome or something similar. We should sympathize with Jacob’s broken heart, not condemn him for his lack of omniscience. But whereas Abraham had been willing to relinquish his beloved son at God’s command and received him back (Genesis 22:2-3, 10-12), Jacob cannot let go of the son whom he lost—whom, by God’s grace, he will nevertheless get back.

But now that Jacob has learned of Joseph’s survival and flourishing, he regains the hope that God’s past promises had always offered him. God speaks to him, assuring him that it is all right to go down to Egypt for now (46:2-4). This assurance was important. Jacob would have passed on to his children God’s affirmations to the patriarchs that God had called them to the promised land. He would have also communicated the warning that Abraham received that his descendants would be abused in a foreign land (15:13-14). Jacob will soon bless and prophesy some of the future for each of his children (48:19; 49:1-32). Now that he recognizes how much God is with him, Jacob acts in his true identity as an intermediary of God’s blessing.

Many of us are like Jacob. Too often we put more faith in our past experiences of suffering or in others’ opinions than we do in our identity shaped by God’s promise of our destiny. God has called us to be his children, in whom he will delight forever. He has promised us an inheritance in his kingdom forever. He has made us new in Christ, if we depend on Christ as our savior and lord. Like Jacob, I sometimes let past sufferings shape my fears. Yet I do often find it easier to remember my identity when I am encouraged.

The truth was the truth all along, however. All the time that Jacob was mourning for Joseph, God was preparing to fulfill his promise for Jacob’s line precisely through Joseph. This observation is not meant to condemn Jacob or ourselves. Jacob had every reason to grieve, given his limited knowledge of the situation. People in the Bible died just as people die today, and God fulfills his promises in a wide variety of ways. As Paul says, “we know in part” (1 Corinthians 13:9). Our perspectives, like Jacob’s, are incomplete. The observation is simply meant to remind us that God’s perspective, unlike ours, is perfect. God’s perspective toward us is based on our identity in Christ and destiny with him, and God invites us to share his perspective toward us (Romans 6:11; Colossians 3:1-3).

At one time, Jacob had lost much of his hope. He had loved Joseph for seventeen years (Genesis 37:2), and then lost him (37:32-35). But not only does God provide sustenance for Jacob and his entire household through this temporary loss (47:7-8), but God graciously grants Jacob seventeen more years with Joseph at the end of Jacob’s life (47:28). In the end, Jacob experiences God’s faithfulness. If we serve God truly, we will also experience his faithfulness. Some in this life, and certainly in full in the world to come.

Those nations who blessed God’s servants would be blessed. But those who cursed God’s servants, such as the Pharaoh whom Moses later confronted, would be cursed. God freely offers blessings to peoples, but many choose curses instead. Because we are spiritual children of Abraham, we too should be conduits of his blessing to the peoples among whom we live in this age.