Although being fruitful and multiplying is a good thing (Exodus 1:7), it can also provoke opposition from those who wrongly feel us threatening. Instead of treating Joseph’s benevolent legacy as a blessing for Egypt, a new Pharaoh was about to persecute Joseph’s people. Joseph had great favor with the Pharaoh of his day, but eventually a new Pharaoh, and probably a new dynasty of Pharaohs, arose who did not know Joseph or care about his legacy. Joseph had amassed grain in cities to provide for Egypt in the time of need (Genesis 41:35, 49), but this new Pharaoh, forgetting Joseph’s benevolence, forces the Israelites to build “store cities” (Exodus 1:11; what the Hebrew designation seems to mean elsewhere). 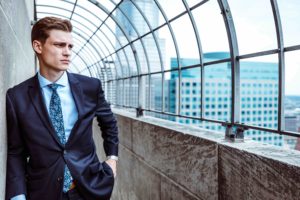 Verse 7 says that the Israelites became very, very strong; in verse 9 the new Pharaoh warns that the Israelite people had become stronger than his own people. (God had promised to make Israel a mighty nation, Genesis 18:18; later another enemy fears that Israel is too mighty, Num 22:6; and God promises to drive out mightier nations before Israel, Deuteronomy 4:38; 7:1; 9:1; 11:23.) Pharaoh thus wants to repress them, lest they multiply, fight the Egyptians, and go up from the land (Exodus 1:10). The divine irony is that Israelites were already multiplying, the repression multiplied them still more (Exodus 1:12), and that God would fight the repressers and take Israel up from the land.

God was even now preparing a deliverer through whom he would liberate his people. Dr. Martin Luther King, Jr., pointed out, paraphrasing Theodore Parker, “The arc of the moral universe is long, but it bends toward justice.” We cannot always see God’s activity in the short term. But while God sometimes works in hidden ways at first, the ultimate future belongs to him.