Long before I became a Dad, I had strong opinions about fatherhood. 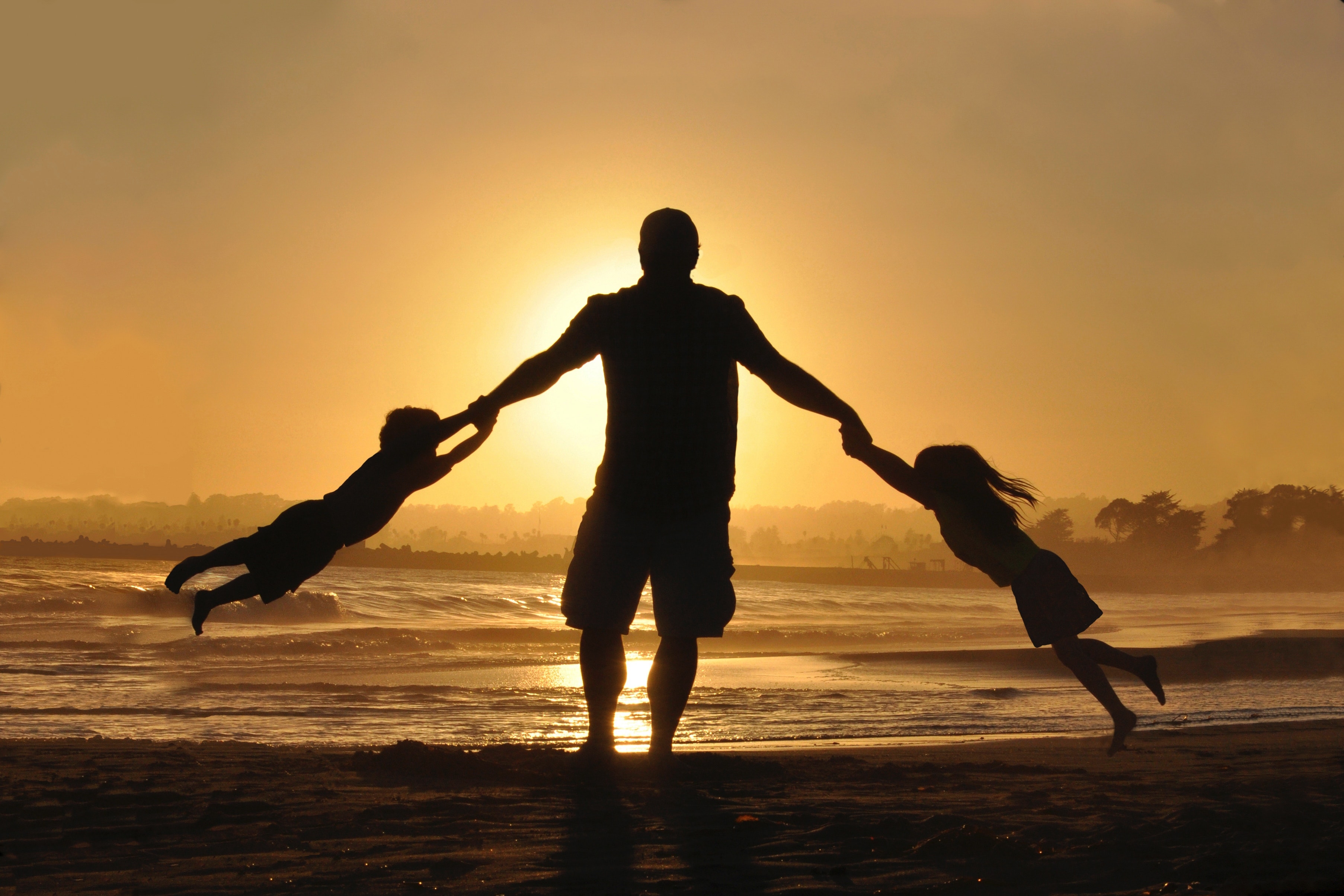 Perhaps it’s because I came along quite late in my father’s life. He was 47 years old. To say I was a surprise would be an understatement! But, my Dad rose to the challenge! Like my sister and brother before me, I became his pride and joy. None of us never doubted that for a minute.

That didn’t mean it was easy on my Dad. He worked long hours as a telephone company executive. He opened a business on the side just six months before I arrived on the scene. So, he often worked 18 hour days just to ensure that our family had all we needed.

Somehow, my Dad found time to spend together as a family. Trips in the car became full-on adventures. I can still hear my Dad’s off-key voice singing above the sound of a big V-8 engine “You are my sunshine. My only sunshine…” I wish it could have lasted a lifetime. But this story is about real life, not some fairy-tale. My Dad was diagnosed with stage 4 prostate cancer when I was 11. He fought long and hard, sacrificing himself to do whatever he could to stay with us.

The year he died, my Dad went in to work 90 days, when he should have been in the hospital—just to secure the pension he would leave my mother. He fought for life itself, but didn’t forget to share in ours. No matter how he felt, he made time to hear about the small events in our everyday lives. Eventually, the aggressive cancer became too much. His body was wasting away, but his spirit remained strong. My Dad died soon after I turned 13. I stood by his bedside and watched him breath for the last time. The emptiness I felt remains hard to express.

For many years, I harbored an irrational anger toward my Dad and toward God.

My father wasn’t there for me as I made the journey into manhood. He wasn’t there when I had big moments like getting my driver’s license, or a few months later when I crashed my first car into a home and wound up in deep trouble with the law. I often raged at him; consumed by my grief as I navigated life alone.

Discovering Christ changed how I felt toward my Dad. Over time, I understood that my anger was a thoughtless, selfish response to my own grief. Dad wasn’t to blame. God wasn’t responsible for my loss. Death is a very real part of living in a broken world. Memories of my Dad sacrificing so much to be there for me began to replace those of the times I felt his loss most.

By the time I met my wife, I determined that no matter what, I would follow my Dad’s example and be there for my kids (if and when they came around). And come around they did! First a girl, then 5 years later a boy, 18 months later another boy and finally two years later, a baby girl! I was in the delivery room for every one.

Through the years, I learned just how tough it is to be present at the right moments.

I discovered that my sage advice wasn’t always welcomed… at least not at the time. But, looking back now over three plus decades, I know that like me, my children never once doubted that they are loved by God and by me.

So, in spite of being busy with my missions work, I’ve attended t–ball and soccer games, school concerts and award ceremonies. I’ve often scraped together enough nickels and dimes to put whatever tools for success they needed in their hands at the time. I’ve told them how proud I am of their successes and that I didn’t hold their failings against them.

Being present meant modeling godly living so my kids learned what matters most.

It meant caring enough to parent them even though what I wanted to be was a friend. It meant saying, “I’m sorry!” when I blew it, or caused them grief. These days, presence poses a tougher challenge. Sometimes I’ve been separated by continents. Sometimes, I missed major life events by a matter of hours simply because I was traveling and couldn’t break away. Often though, I’ve managed to be there for the big moments.

One of the biggest lessons I’ve learned first as a Dad and now as a Grandfather, is that I don’t have to have all of the answers. As imperfect as I am, my kids know I care. They know that we’ve been together for the really big moments in their lives. They know they matter to me, because I seldom miss an opportunity to tell them just that!

Now that my kids are adults, I find them trying hard to be present for the important people in their lives. Sometimes they do great. Other times are more of a challenge. I don’t worry though, they’ve made being present a priority in their lives too.

There are still trips in the car that become full-on adventures.

My grand-kids sometimes hear my off–key voice singing above the sound of a little V–6 engine “You are my sunshine. My only sunshine… ”

Presence has become the legacy my Dad left me, and the gift I’ll pass on.