#4 As You Fight Your Battle, You Must Declare, “The Battle is the Lord’s”

We can see clearly now that God prepared David mentally, physically, and spiritually to fight the giant. David looked at the giant from God’s perspective (mentally). David remembered the victories of the past (physically). David put on the armor of God (spiritually).

Now, the moment of reckoning arrived. David stood before the giant and gave an account of his God, his nation, his family, and himself. Let’s go to the text and see what happened.

David approached the Philistine. Goliath looked at his opponent and saw a mere youth and “he disdained him.” Goliath felt disrespected that a true warrior was not his adversary and cursed David by his gods. Please note that Goliath viewed this battle as more than just a physical encounter. When he cursed by his god, it became a spiritual war.

The Philistines did not want just to defeat the Israelites, they wanted to drive them into submission and dominate them. Thus, they attempted to crush the Israelites by stripping them of their religious beliefs and their national identity. Goliath gave the ultimate “trash talk” to David by promising to give his opponent’s flesh to the bird and the wild animals.

The enemies of Israel knew well of their victories in the past and how powerful their God was. Israel defeated Egypt; the major superpower of their day. Israel then conquered their enemies time and again. Their reputation for victory preceded them and the power of their God struck fear into the hearts of their opponents. Yet, the Philistines and Goliath were mocking them as being weak and timid. If they defeated Israel then they would be perceived as undefeatable in the part of their known world and be unstoppable.

But, the servant of God would have none of this and changed the playing field. David knew that God was on the throne and that His grace was still upon Israel, His chosen people. He declared, “‘You come to me with a sword and with a spear and with a javelin, but I come to you in the name of the Lord of hosts, the God of the armies of Israel, whom you have defied. This day the Lord will deliver you into my hand, and I will strike you down and cut off your head. And I will give the dead bodies of the host of the Philistines this day to the birds of the air and to the wild beasts of the earth, that all the earth may know that there is a God in Israel, and that all this assembly may know that the Lord saves not with sword and spear. For the battle is the Lord’s, and he will give you into our hand.”

In so many words, David declared that “my God is greater than your god” and that the true God would bring victory. David then returned the “trash talk” and promised to feed Goliath to the birds and the wild animals. He announced that his upcoming victory comes not by physical dominance but because victory was granted by God. He ended with a summation, “For the battle is the Lord’s, and he will give you into our hand.” In our English version of his short speech, David referred to his God six times. Truly, the battle was the Lord’s!

Later, the Psalmist will write, “The Lord is with me; I will not be afraid.  What can man do to me?  The Lord is with me; He is my helper.  I will look in triumph on my enemies (Psalm 118:6-7 NIV). David did not fight alone. He was on God’s side and it would be God who will triumph.

Let’s apply this as our first of three actions to fight your battle. I remind you that action #1-#3 prepared you for the battle. Now, actions #4-#7 are your directive as you fight in the battle. 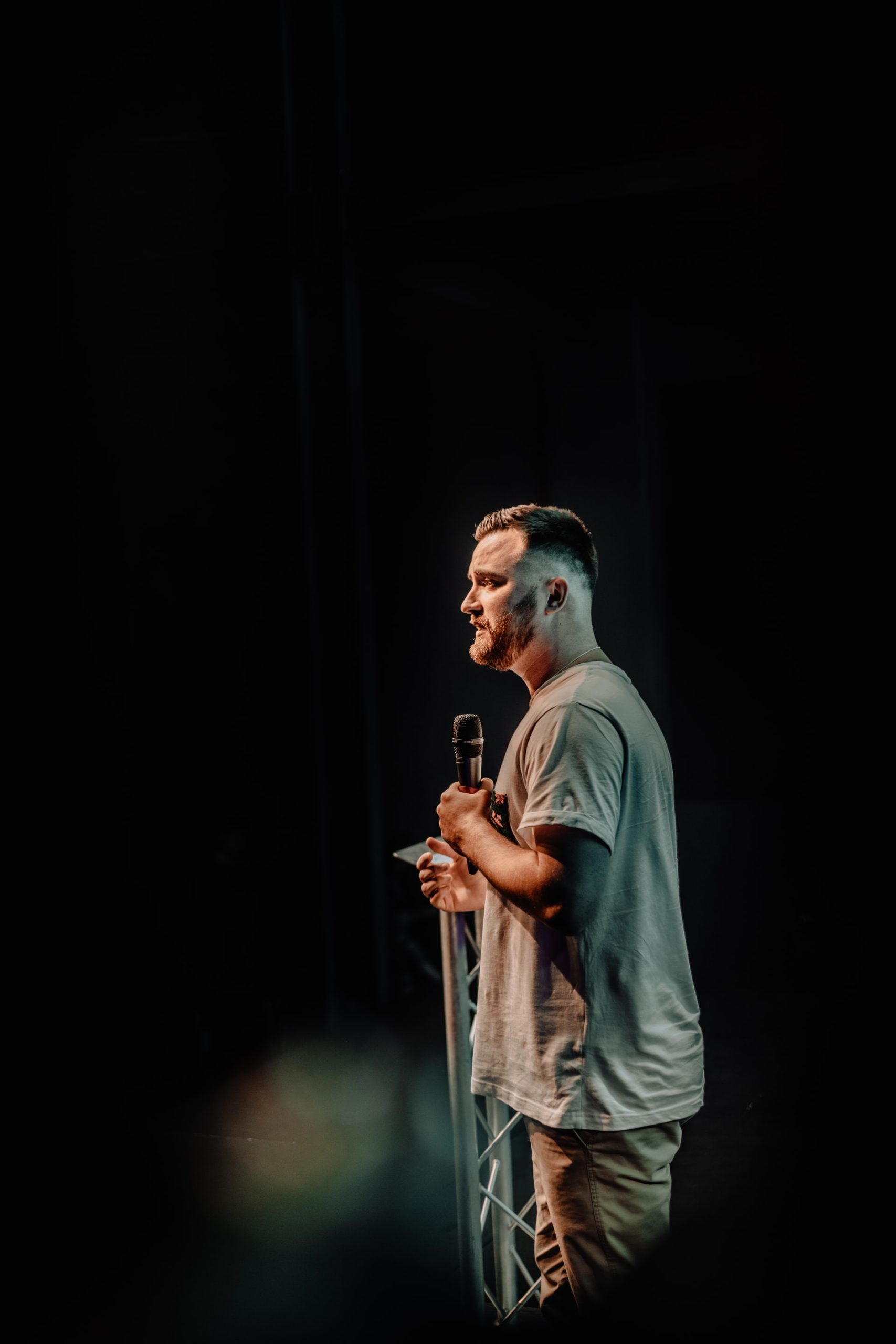 As David stood before the giant and the enemy army and declared, “The battle is the Lord’s” so you must also make the same declaration. For you, this will be an act of drawing the proverbial line in the sand. This reminds me of Joshua doing the very same action before the children of Israel when he challenged them, “But if serving the Lord seems undesirable to you, then choose for yourselves this day whom you will serve, whether the gods your forefathers served beyond the River, or the gods of the Amorites, in whose land you are living. But as for me and my household, we will serve the Lord” (Joshua 24:15 NIV).

This public declaration was necessary for the following reasons:

First, just as David reminded Israel of their identity as children of God, you must declare your identity as a follower of Jesus Christ. Israel neglected their spiritual identity. They chose to remember that God was their Father and watching over them. They accepted the lies from the enemy and became cowardly and timid.

When you make this declaration though, you are doing the opposite! You remember who you are in Christ. You remember to whom you belong. You remember the promises of God and that He will never leave you or forsake you. “The battle is the Lord’s” announces powerfully to your giant that God is your source of strength and you are fighting by His rules.

Second, just as David rejected being dismayed and fearful, you can respond in the middle of your battle with “power and love and self-control” (2 Timothy 1:7). We discussed this earlier but, God gave you a sound mind, especially in moments when your giant wanted you to cower without hope. You must reject your circumstances and the script that the giant is giving you. You choose the One whom you will serve. You choose how you will act and react for you have a sound mind as you follow Christ. You can act with intentionality and purpose. You can then live without regret.

Third, just as David gave God glory in advance, your declaration gives God the glory that He deserves. As we quoted earlier, our battle is not against flesh and blood but we are engaged in spiritual warfare (Ephesians 6:12). The One who is undefeated in spiritual battles is the Lord as seen in Zechariah 4:6, “‘Not by might, nor by power, but by my Spirit,’ says the Lord of hosts.”

Fourth, just as David was not alone as he stood before the giant, you are not alone in your battle. No doubt, as David stood by himself, it looked very lonely but the truth was that God was with him. As you stand before your giant please remember that God is with you, as well. Countless believers have battled before you and found victory. As you stand on their shoulders and in their shadows, you can be assured that God in on your side.

This reminds me of when Elisha and his servant found themselves surrounded by horses and chariots from Syria. The situation looked bleak and hopeless. The servants asked, what shall we do?” Elisha’s response was classic, “‘O Lord, please open his eyes that he may see.’ So the Lord opened the eyes of the young man, and he saw, and behold, the mountain was full of horses and chariots of fire all around Elisha” (II Kings 6:17). The Lord struck the enemy army with blindness and they were defeated. As you face your giant, may the Lord open your eyes to see that He is with you and that He will bring victory.

Fifth, just as David was an Israelite, you belong to the family of God. This means that as you respond rightly, you are an example to others. Your actions will be an encouragement, a testimony, to those who need to see God’s servant living in self-control and trusting in the Lord. Also, your declaration will enlist like-minded believers who will journey with you in prayer and support you in tangible ways. God will send people your way, at just the right moment, to supply exactly what you need that day. 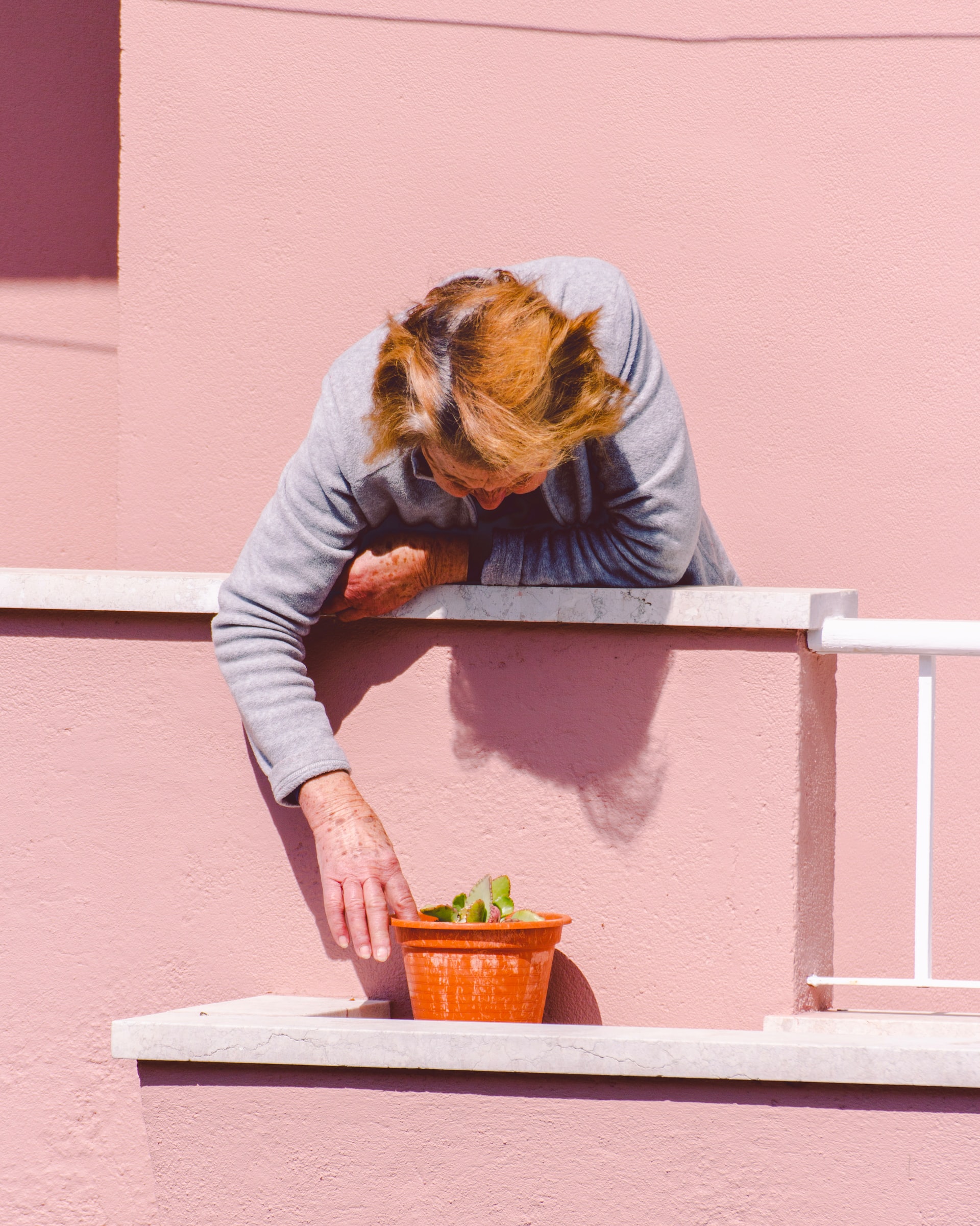 She is an amazing Mom. In fact, some would say that she is “Super Mom!” Somehow, she finds the time to run a small business, be CEO of a family with three children, be a loving and supportive wife to her husband, and even volunteer at church. Outwardly, she was a woman who was strong and made life happen. Inwardly, if you could get her to sit for a moment and open her heart to you, you will discover that she feels uncertain, vulnerable and that she does not “measure up” to her internal standard.

Thankfully, the Lord directed an older woman in her church to reach out to her. They began meeting for coffee very early on Thursday mornings. The older woman listened to her as she detailed her battle with low self-esteem. With wisdom, the older woman helped her see that her focus needed to be on God and not on the issue. God is on her side and He will fight for her!

The older woman shared that the amazing Mom is loved by God, that Jesus is there to journey with her, and that she is not alone. She shared that God is pleased with her. She gave her an action plan that when moments of self-doubt come over her, she is to remember that these feelings are not from God. Instead, utilizing self-control she should respond with intentionally and with purpose; reject the negative self-talk and declare the Truth that God loves her as His precious daughter.

The battle against low self-esteem is real. When “Super Mom” starting fighting by declaring, “the battle is the Lord’s!” then the momentum shifted from rejection to victory.

#5 As You Fight Your Battle, You Must Do What You Know to Do.