Laurie sought me out at a youth retreat during an altar call.  Eyes brimming with tears, she rolled up her sleeves, exposing scores of tiny gash marks up and down her forearms. 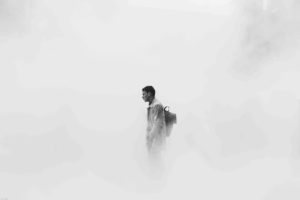 I cut myself, she said, tears streaming down her face. The daughter of well-respected leaders in the church, she described feeling depressed, lonely, and confused. Despite a personal relationship with Jesus Christ, she lacked direction in her life and feared heading off to college in the fall. Unable to express her feelings to her parents, she instead dealt with them though self-injury. Experts define this behavior as cutting, self-mutilation, or self-injury–a deliberate, repetitive, impulsive, non-lethal harming of one’s body through cutting, scratching, burning, or bruising and breaking bones.

Teen Mania reports that 40 percent of this generation has experimented with self-injury, and Christian teens are not immune. Anahid Schweikert, in her recent article Bleeding Hearts, Wounded Souls, in Charisma Magazine says, Some people say self-cutting is rising to epidemic proportions among today’s youth, including Christian kids who grew up in the church. A recent online poll taken by Christianity Today revealed similar findings 51 percent of respondents indicated that they or someone they know self-mutilates. Though not a scientific poll, it, nonetheless, highlights a growing problem among today’s teens and the need for parents to be aware of this disturbing trend.

In her Christian Parenting Today article The Razor’s Edge, T. Suzanne Eller, quotes Leslie Vernick, a licensed counselor at Christ-Centered Counseling for Individuals and Adults The endorphins released during cutting often soothe a deeper pain–the pain of rejection, depression, self-hatred, or helplessness. A teen who self-injures finds instant release through the biochemical reaction and confuses cutting with comfort . . . The teen is using physical pain as a means of saying something she’s unable or unwilling to put into words . . . She needs to be listened to and helped to process whatever emotional pain (even if we as adults might see it as typical teenage pain) she feels so she may learn healthy ways of dealing with hurts.

How Parents Can Help

Parents often make two common mistakes when dealing with self-injury they overreact or they minimize the behavior, dismissing it as a phase or typical teenage angst. Through self-mutilation, a teen is saying, I’m hurting, and I don’t know how to deal with my pain! Help me.

To help a teen who self-injures, Eller recommends dealing with the problem right away. By addressing the issue right away, the teen has a greater opportunity to find help emotionally. The longer a teen self-injures, the more difficult it is because he or she is unsure of how to deal with real-life problems in healthy ways.

Parents should encourage their teens to express their thoughts and feelings honestly and learn to listen when they do. Because family dynamics often contribute to self-injurious behavior, families might need to bring in a third party–a Christian counselor or pastor–to facilitate the healing process. Above all, parents must develop a whatever it takes mentality and consistently communicate their love and support to their teen. A teen struggling with self-mutilation needs to hear, I love you, and nothing you do or say will change that. I’m in this with you for the long haul.