In spite of Saul’s attempts on his life, David never lifted a hand against Saul to defend himself. He was obviously able to do so if he desired, as he was a mighty warrior. David fought the giant Saul was afraid to fight. David led the soldiers of Israel into battle and won victory after victory.

David found a true friend in Jonathan, however. Jonathan loved David more than the kingdom, more than his father, more than his life! Read how he conspired with David to determine the real truth about Saul’s plans for David. 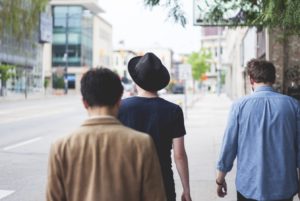 Rather than overtly telling Saul’s plans to David, Jonathan set up a ruse by which David would know if it were safe to return to the king’s palace. Even though Jonathan was heir to the throne, he and David established a covenant together that would protect Jonathan’s family when David became king. The normal thing to do at that time was for the incoming king to destroy all possible heirs to the throne. David promised to not do that—and he kept his word to Jonathan.

Devotional Prayer: Father, help us to be true friends in all things. May we never fail to keep our promises to our friends.