Central Thought: God works behind the scenes to accomplish His will.

Saul was given a specific assignment. He was to completely destroy the enemy: man, woman, child, beast, and flock. Everything! He understood his orders, but thought he had a better idea! He would keep the best for himself. As most people do when confronted with greed and disobedience, Saul shifted the blame for his actions to his followers––’they made me do it.” Saul discovered God actually means exactly what He says. As a result of Saul’s disobedience, God rejected him from being king. Although Saul continued as king for many years, his days were numbered.

God selected David to replace Saul as king––then placed David in the king’s court to learn about being a king––you could say ‘on-the-job training.” God took David from the shepherd’s life to become the shepherd of His people. 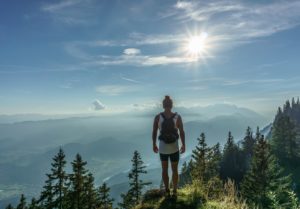 God works in ways we do not understand, yet He is always right and never surprised by the outcome.

Devotional Prayer: God help us demonstrate our faith in You by obeying Your Word completely.