Central Thought: The path to freedom is in releasing control.

David was constantly shocking those around him by his actions of humility. It was customary in David’s day for a king to reward one who facilitated the demise of the king’s enemies. Yet David had such men killed. It was customary for a king to exalt his own greatness before his people. Yet David abases himself openly. David was not perfect. In fact, he made some huge blunders. But his repeated flouting of custom was indicative of his heart attitude that was so pleasing to God. That attitude is summed up in David’s acknowledgment of God’s place in his life, “As the LORD lives, who has redeemed my life… (2 Samuel 4:9)”

David knew that his position and his destiny were not in the hands of men. He was fully convinced of the truth that it was God who put him on the throne, and it would be God that would keep him there.

When we are fully convinced of God’s hand in our lives and His destiny for us, we are able to release the actions of others. We operate on a level that may bewilder those around us, but it will allow us to celebrate freely before the LORD. 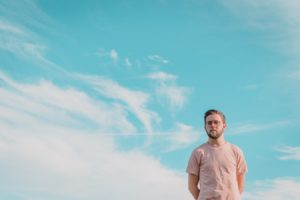 Devotional Prayer: Lord God, blessed Author of our destiny, allow us to become secure in the faithfulness of Your love as You care for us. Help us to let go of the need to control what others may say and do. You are the one who raises up and brings down. We willingly bow ourselves before You in worship and adoration. For You are worthy, O Lord, to receive glory and honor and praise.